(Not So) Boring Fist

I've made mention of it in the past when discussing other Marvel Cinematic UniverseWhen it first began in 2008 with a little film called Iron Man no one suspected the empire that would follow. Superhero movies in the past, especially those not featuring either Batman or Superman, were usually terrible. And yet, Iron Man would lead to a long series of successful films, launching the most successful cinema brand in history: the Marvel Cinematic Universe. shows, such as Luke Cage, but just to recap: the first season of Iron Fist was god awful. Each of the NetflixOriginally started as a disc-by-mail service, Netflix has grown to be one of the largest media companies in the world (and one of the most valued internet companies as well). With a constant slate of new internet streaming-based programming that updates all the time, Netflix has redefined what it means to watch TV and films (as well as how to do it). shows have had their ups and downs, but Iron Fist never managed to rise up above mediocre during its whole first season run. I know a bunch of stuff happened in it, but now, a little over a years since that first season, I can hardly remember any of the details. I know the season happened, I just can't remember any detail about it at all. 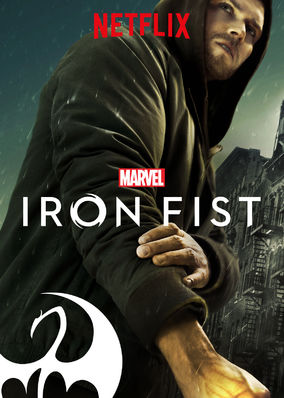 This was evident to me when the recap of season one came up right before I watched season two. This was the first time, for any of the Netflix shows, where I actually had to watch the recap because I just couldn't remember anything about the show. I mean, sure, I knew the gist: Danny Rand was essentially Bruce Wayne if, instead of watching his parents die and then becoming a masked vigilante out of revenge, he instead watches his parents die and then becomes a Buddhist monk with a glowy fist. There was something taking back his company 15 years later, and then some stuff with the ninja clan The Hand, but seriously, even after the recap I still can't remember (or simply don't care) about that first season.

Part of that was the pacing, story, and direction, all spearheaded by Scott Buck. If you need a clear example of Mr. Bucks talents (or, to be unkind, lack thereof), look no further than Marvel's Inhumans TV series, a show so bad I didn't even bother discussing it on this site (largely because I didn't even watch it to the end, and, as this site should prove, I'll watch anything at least once). Buck should not have been given the reins of one Marvel show, let alone two, because the results both times were disastrous. The worst part was the fact that Danny Rand is supposed to be this grand martial artists, best one alive, and they hired an actor, Finn Jones, who was not a martial artist. This wouldn't be so bad except then the producers (and let's just blame Buck here) didn't give him any kind of training for the fighting, usually just going over choreography 15 minutes before a scene was to be filmed.

In short: the action scenes were trash. Think about that for a second. A martial arts show, where the one thing that should be decent enough to carry the production, had some of the worst fight sequences I've seen in a while. It was a waste of a concept, and because the actor was clearly struggling to keep up with the demands of the show, Jones never really settled into his character, playing like the blankest of blank slates. The show had a void at the center of it and no matter how cool all the side characters were (like the fantastic Jessica Henwick as Colleen Wing, best character on the show) the show just couldn't recover from it.

So how could Netflix course correct this show to try and fix all the many problems with it coming out of first season? Well, for starters Scott Buck left the series to be replaced by Raven Metzner. That alone probably helped more than any other change they could have made. Secondly, they gave Jones more than 15 minutes to practice. Reportedly they had him train for weeks before hand just learning martial arts. They then had him practicing his scene way ahead of time to learn what he had to do. He's still not a great martial artist, but he at least is competent and, were it not for Henwick, his fighting would actually seem pretty good. 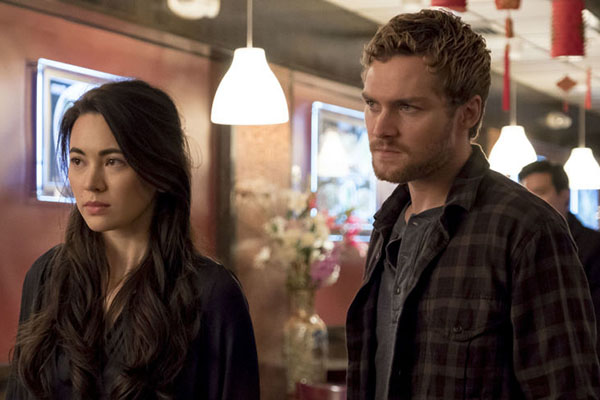 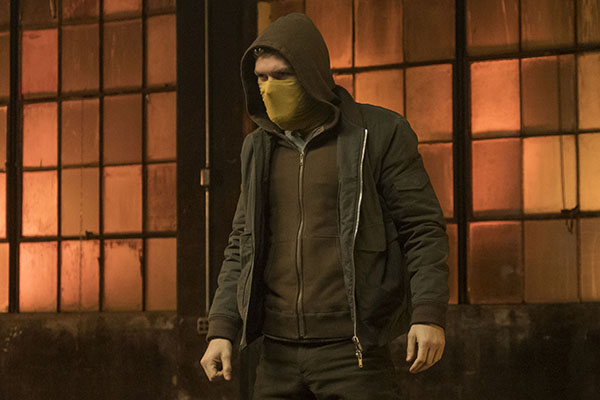 Damn, though, if Henwick hasn't improved since first season. Both as an actress, and as a martial artist, Henwick knocks it out of the park. Colleen is, without a doubt, the most interesting character on the series and the show rightly devotes a fair amount of time to her. She's a person who gave into her darker impulses, almost become a warrior for the Hand before reforming her ways. She gave up fighting, started working for a community center, and went about becoming a contributing member of society without ever having to use her fists. Of course, that's not how a world like this works so eventually, when the danger comes around again, Colleen is forced to get back in it.

The trick is there's always a solid core of morality around her. She exudes goodness in a way that not even Danny is able to, but I think that's purposeful. Each character is on a different journey -- Colleen to find her path as a fighter, Danny to find out what it means to truly be the Iron Fist -- and you can see how each approaches being a hero from a very different perspective. It's not a joke to say that on a superhero show about a dude with a powerful glowing fist, a show literally named after him, Colleen, a character with no powers at all, is the co-lead. At times, it feels like the show is more about her than Danny, only to the benefit of the series.

To aid Colleen (more than Danny even), the show builds a solid collection of characters around the leads. Returning from The Defenders and Iron Fist is Misty Knight (Simone Missick), police detective and just bad ass person. As the law enforcement representative, Misty is definitely the moral guide of the series. She can see the good and bad in those around her and she does help to guide Colleen along her path of heroism. Also, Misty kicks a lot of ass and Missick handles her fight scenes with aplomb.

New to the cast, and a great addition, is Alice Eve as Mary Walker (aka Typhoid Mary). Mary suffers from Dissociative Identity Disorder (aka "Split Personalities"). On the show this comes out as two separate personas: the timid Mary and the ass-kicking Walker (although there are hints by the end of the season of a third, more powerful, personality). Those looking for the super-powered mutant of Typhoid Mary might have been disappointed to not see this portrayal on screen (at least not yet), but the version of Walker that we get is great. Eve gets to play a very nuanced character, switching with ease between the two sides of the character's persona and, in the process, acting like a real badass as required. There's no doubt about her bona fides as a soldier, and when she's in villain (or, really, antihero) mode, she's a force. 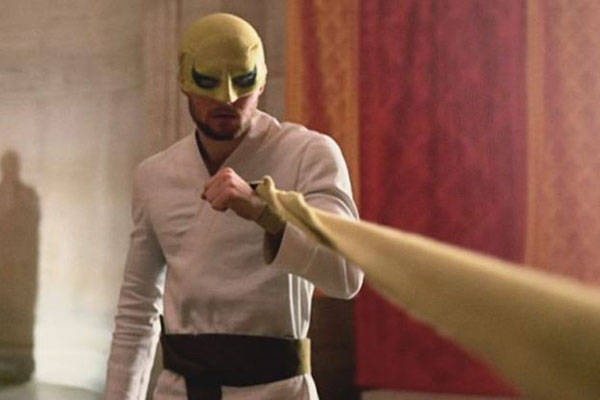 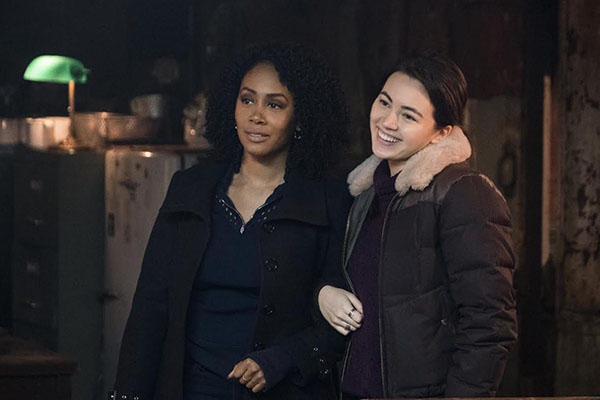 Not all of the cast is as great as these leads, though. Ward Meachum (Tom Pelphrey) and Joy Meachum (Jessica Stroup) are back from first season, the brother/sister team that ran Rand Corp for years, and they're just as bland and forgettable this time around as before. There is a spark of life in Ward by the end of the series, so I'm not going to say I wish he hadn't been included at all, but his storyline barely intersects with the rest of the series and could easily have been excised. Joy at least is working with the villain, Davos (Sacha Dhawan), but neither she, nor Davos, are all that interesting as characters. She's petulant, he's cold, and the duo, while formidable, never actually seem like a real threat to Danny and Co. in the long term. They're a waste of potential.

What's worse is that even though the series has a shorter season than before (10 episodes, down from first season's 13), it still felt like there were a couple of episodes of padding in the bulk. The first couple of episodes this season were good, but then the action slows way down and the next two to three episodes are all table-setting. I wish more could have been done, or that they'd condensed the show down a little further, to tighten everything up and really get the action popping.

But then you get to the last couple of episodes, and everything picks up. I'm not going to spoil it, but there are a lot of great twists and turns and the series sets up a lot of great things for the third season (if there is one). So I'm conflicted. This show still is rough, and could use some work, but when it gets going it really shines. I don't know if the show is worth recommending to people that ditched it part way into the first season -- it's still not a Grade A Winner just yet. For most, maybe way until Season 3 to see if it gets even better, and then perhaps go back and watch Season 2 to catch up. Right now the show is good enough for the hardcore MCU fans, but maybe not everyone else.

Editor's Note: And then, after this season debuted, Netflix cancelled the show. Fans are really hoping this series is spun-off into a Daughters of the Dragon series starring Coleen and Misty, this shows looks to be dead and gone.