The Devil Is In the Details

I think it's fair to say that, on paper, Lucifer is a show that just shouldn't work. It's based on the character (of the same name) from DC Comics who originally debuted in Neil Gaiman's Sandman series before spinning out into his own comics. He's a beloved character in certain circles, and any adaptation of the source material was going to have any number of fans up in arms about whatever changes were made. 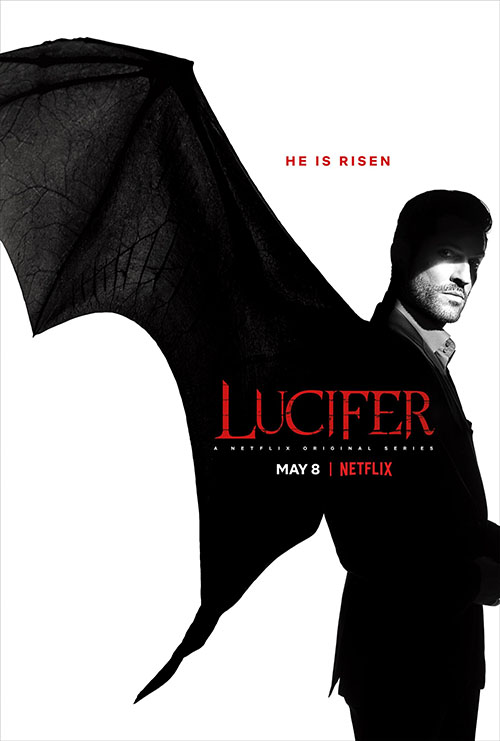 And, in the original run of the show, a lot of changes were made. While the basic setup is the same -- Lucifer has abdicated his role as the King of Hell to take up life among the humans, living in L.A. and running a piano bar/nightclub called Lux, aided by his demonic friend and protector Mazikeen -- the shows and the comics went in very different directions from there. Specifically, the show used this setup to tell a fairly basic police procedural, taking many of the main themes of the comics series -- free will, God's plan, and what it means to be part of God's creation -- and makes them background elements cast against a case-of-the week formula. For many fans of the comics, this was too much a divergence to be tolerated.

Thing is, I was never a fan of the comics. I didn't even bother reading them having only sampled the Sandman comics before. Those books didn't hook me so I didn't bother with anything that came after, so the changes Lucifer made certainly didn't irritate me the same way they might have for a devout fan (and when it comes to the Sandman comics and its spin-offs, seemingly ever fan is totally devout). I certainly didn't have problems with any minor changes, shifting elements around and adding new characters. And, certainly, I didn't see the issue with adding a police procedural elements to the works. I mean, it is a TV show and there has to be something to keep viewers coming back again and again.

Bear in mind that the show aired originally on Fox, not one of the cable channels better suited to long-form, odd-ball storytelling (like Starz or AMC). By being on a main broadcast network some parts of the source material had to be filed away to be palatable to a broader audience. More to the point, some kind of commonly accepted storytelling hook -- the police procedural -- had to be applied so TV audiences could get into the show week-to-week. While I might not be a fan of police procedurals in general, I at least understood why this change was made for the show.

And, fact is, the case-of-the-week formula really didn't get in the way of what really worked on the show. Series star Tom Ellis totally owned his role, making the Prince of Darkness into a charming, affable fop. He cut a great figure to lead the series and made the show a delight to watch. Even going through the formulaic motions of a procedural, Ellis made the show work. Without him, this show would have fallen apart. 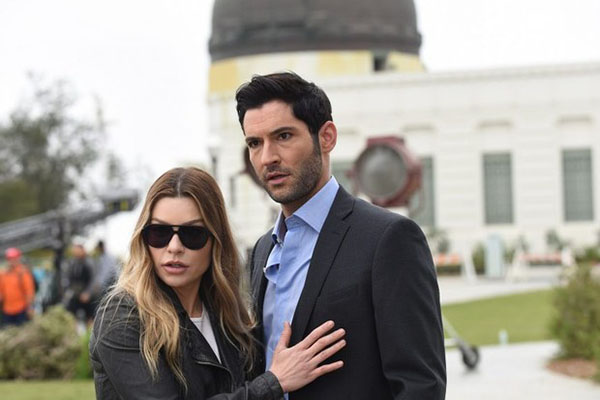 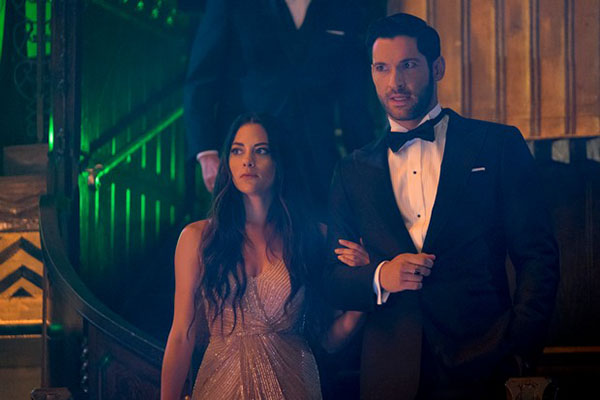 That's an easy statement to make because the other lead, Lauren German, is a tedious bore in the series. I feel bad saying that, but the fact of the matter is that German lacks the charisma to keep up with Ellis and, very often, makes it feel like there's a giant void at the center of the show. She sucks the energy out of many of the scenes she shares with other actors, especially as the series went on, and at a certain point I just really wished they would have recast her (or wrote her character off the show) just to elevate everything else. Even with so many great actors around the periphery -- D. B. Woodside as Lucifer's brother Amenadiel, Lesley-Ann Brandt as the delightfully reckless Mazikeen, Rachael Harris as Lucifer's put-upon shrink Dr. Linda Martin -- Lauren German's Det. Chloe Decker sucks so much fun out of the show.

This was a problem only exacerbated as the season went on and the characters all started moving off in different directions. With any show, as characters become fleshed out and fans react to certain aspects of the story, things eventually start to get heightened. Characters go broad, jokes get beaten to death, and things spin out of control. Third season of the show was the weakest by far, largely due to this problem. Ellis's Lucifer became a caricature of his former self, and with German's Decker remaining tedious, the show lost its heart. When it was canceled at the end of the season, I was honestly relieved.

But then the show was picked up days later by NetflixOriginally started as a disc-by-mail service, Netflix has grown to be one of the largest media companies in the world (and one of the most valued internet companies as well). With a constant slate of new internet streaming-based programming that updates all the time, Netflix has redefined what it means to watch TV and films (as well as how to do it).. At the time it felt like the show got a reprieve it didn't really deserve, but I held out final judgment until the fourth season debuted. Certainly the shift over the Netflix offered new possibilities for the series. Maybe the show-runners would take the cancellation/renewal as the incentive to refocus the show.

Having now watched the fourth season I can report that, for the most part, the season is a solid course-correction overall. Ellis' Lucifer is more focused, less cartoony (for the most part), and many of the other characters get to have deep, interesting stories to help carry the main thrust of the show. Even the new character, Eve (of "Adam and Eve") played by Inbar Lavi, is a fun addition to the show. German is still not a great fit for the rest of the series, but with all the other things going on her roles is actually minimized some. 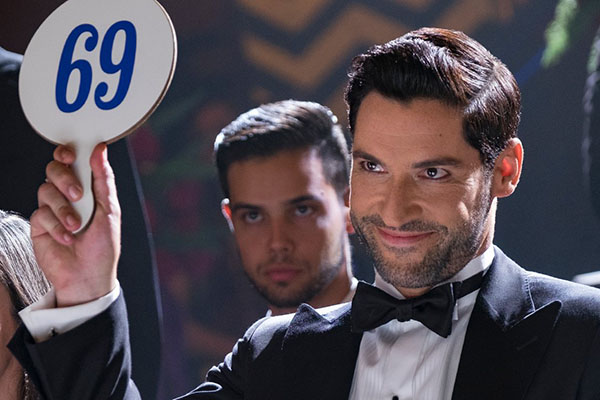 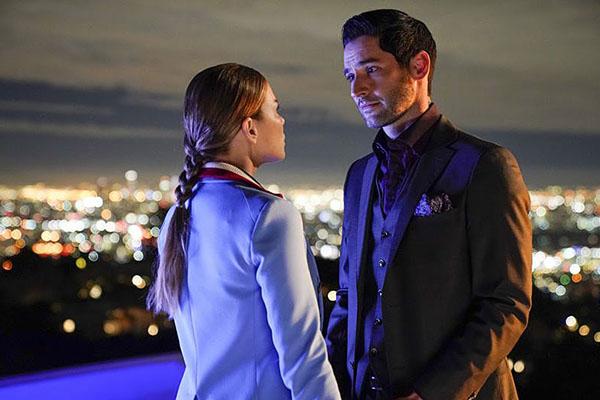 Better, the show continues to work more and more of the supernatural content (the parts of the comics that were sidelined in the early seasons) into the show, making it the focus over the police-procedural aspects. Sure, the case-of-the-week formula is still there, but it's even less necessary to the meat of the show than its been before. And with the way the show ends this season, it's primed to go in a new direction (one potentially less formulaic) in the future. Of course, that's if the show gets picked up for another season at Netflix, something has yet to be announced.

Fourth season is an interesting beast. It's not really what I would have hoped for from Netflix -- it still feels like the old Fox show, just with a 10-episode order than the longer 13-26 from past seasons -- as if the studio and show-runners had a very specific plan in place and couldn't adapt the show to the new media. If the show can keep reinventing itself, finding new ways to improve and change up the formula, something promised by the end of this season, I think it could get back to the heights it reached in season one. The trick is that I could just as easily see the show reset itself back to square one next season and acting like the big ending of the season never occurred.

For fans of the show, those looking for more of the show they loved, the new Netflix season is a solid outing. It's exactly what you expect from Lucifer, tweaked and improved in some ways but not a reinvention. I would love the show to take risks moving forward, but for now this season is at least a fitting continuation of the show. Better, it at least ties up enough storylines that if the show is canceled it won't feel like such a blow.