SAS: Rise of the Black Swan

Oh, NetflixOriginally started as a disc-by-mail service, Netflix has grown to be one of the largest media companies in the world (and one of the most valued internet companies as well). With a constant slate of new internet streaming-based programming that updates all the time, Netflix has redefined what it means to watch TV and films (as well as how to do it).. Somehow you always manage to put out cheap, awful films that arrive without much impact and disappear just as quickly. It's the curious thing about the streamer, the fact that they want to see like a prestige broadcaster, the highest of the high ends streaming services (certainly they charge the most for their service), but most of the "big" films they put out are C-grade basic cable fodder that would have died at the Box Office (if these films had ever been meant for anything other than direct-to-video). The occasional good movie does come out on Netflix, but most of the crap on the streaming service is just that: crap. 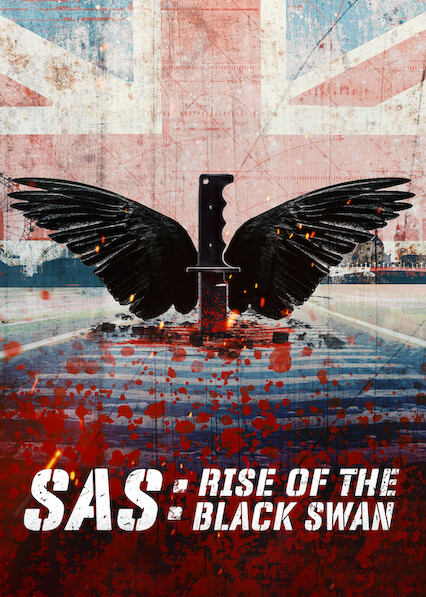 I get the logic; they have to constantly release films (and shows) at a steady clip so that people keep paying for the service. While some of their big shows get attention, like The Witcher, those productions are expensive to produce. The streamer would rather fill their weeks with cheaper fare that at least looks like it might be good while viewers wait for the next season of The Witcher or whatever other show they'll itching for. They get their tiny dopamine fix on shittier fare and then, eventually, something really good comes along that justifies keeping Netflix around for another few months.

SAS: Rise of the Black Swan (a movie with an absolutely mouthful of a title) is absolutely crappier, cheaper fare that Netflix obvious picked up for a song so they could release it one week and keep their viewers just hooked enough to keep paying. It's a direct-to-video riff on the Die HardThe 1980s were famous for the bombastic action films released during the decade. Featuring big burly men fighting other big burly men, often with more guns, bombs, and explosions than appear in Michael Bay's wildest dreams, the action films of the decade were heavy on spectacle, short on realism. And then came a little film called Die Hard that flipped the entire action genre on its head. formula, a largely generic story of a guy and his girlfriend stuck on a train when terrorists attack and, because he's a hero, he then goes off and kills each and every bad guy on his own. You've seen this story dozens of times before, and done better, than anything Black Swan has on offer.

Part of the issue with the film is that the hero of the piece, Tom (Sam Heughan), isn't likable in any real way. He's a British SAS agent, and one that's exceedingly good at his job. Too good, in fact, as he's all about his work to the point of obsession. This is, as we learn, largely because he's a raging sociopath that doesn't really have a lot of concern for (most) other human beings (other than his girlfriend). He can kill without regret and then sleep like a baby afterwards, a skill that makes him very good at his job but does, also, leave him like an outsider from the rest of society.

If the movie followed this angle and showed him trying to find his humanity, that would be one thing. It does seem like that would be the case as his brilliant doctor girlfriend seems to know there's something wrong with him. She could act as a catalyst for him finding his soul and becoming someone worthy of her. The movie, though, has a different opinion, instead letting the terrorist attack harden the heart of the girlfriend to the point where she's actively encouraging the "hero" to go out and kill, to take them all down because they deserve it or something. That was a serious heel turn for her character and even now I struggle to think what the movie really wanted to say with that. Killing is good? Not really a great moral for the story. 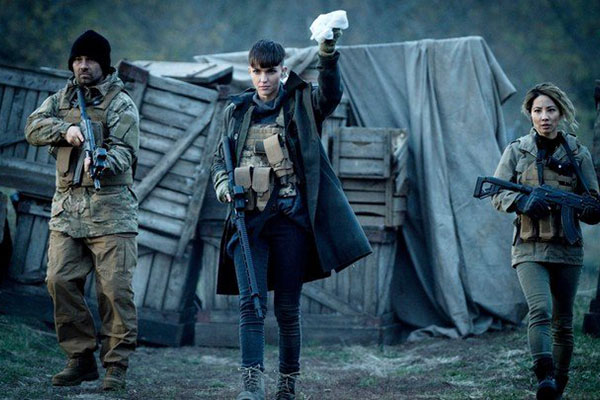 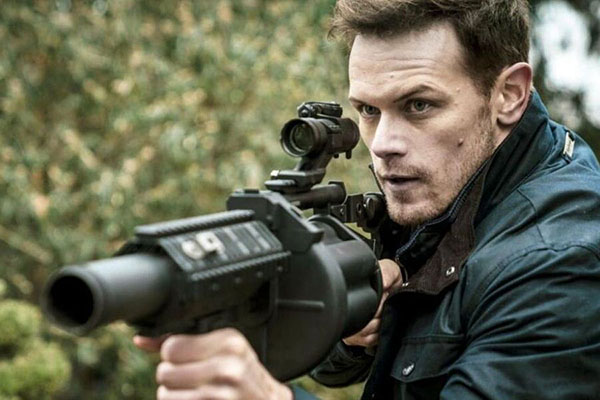 Of course, Tom is removed in another way, too: the film not only makes him an elite soldier but he's also British royalty, an earl or something. He has an estate, a title, and more money than he needs. All of this -- his personality, his lack of regret, his suddenly sociopathic girlfriend, and his elite status -- keep him from being about as far removed from an every man (like John McClane) as you could get. He's not a likable or relatable hero at all, in any capacity, and frankly Heughan seems out of his depth playing such an alien person.

Also out of their depth: Ruby Rose. When Rose left the CW's Batwoman is was ostensibly to avoid the rigors of that role and to find a way to spread her acting career. Instead of doing that with SAS: Rise of the Black Swan, Ruby Rose managed to find an even more one-note and underwritten character to play. As the terrorist heavy of the film, Rose needs to have the style and charisma of Alan Rickman. She should be a perfect foil for the film, a smiling leader that wins over the audience with her charm. The next time Ruby Rose shows that kind of acting skill with be the first time.

Frankly, Rose is absolutely terrible here. She's flat, giving the same performance from start to finish without any real emotion or style. The movie wants us to realize she's a sociopath, and we all get that, but you can be an evil bastard and still have style. Rose saw the character and decided she needed to be as removed from this person as they were from the rest of humanity. That or Ruby Rose is just a terrible actress (and I really think it might be the latter).

On top of all that, this is just a very blandly directed film. There's not a lot of panache to the action, with it following the general "rule" of "more cuts are better". The plot may try to aspire to Die Hard but the action direction borrows from the worst elements of the Taken franchise. It's bland, it's boring, and it's hardly fun at all to watch. This is one of the least engaging action films I've seen in a while. 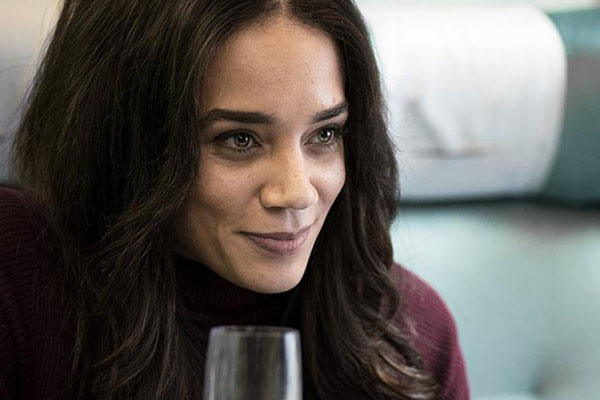 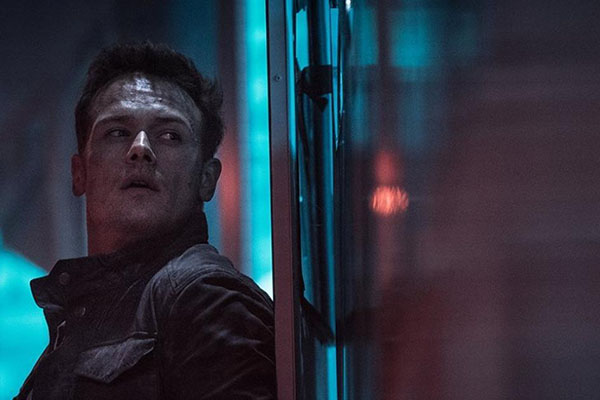 Just, all around, this a bland and awful film. That's what makes it exactly what you'd expect from Netflix because this kind of movie is par for the course with their library. They got it on the cheap (it was actually already released once before, on DVD no less, as SAS: Red Notice before it was re-branded and sold to Netflix) put it out to get eyeballs on it for a week, and they it will absolutely fade from memory, never to be thought about again. It's an inauspicious film and a terrible way to spend a couple of hours. Do yourself a favor and absolutely skip this train wreck (because the terrorist attack happens on a train) of a film.