The Wrong Car for the Road

There's something missing from the 2022 The Lincoln Lawyer. Based on the same novels from author Michael Connelly that also gave us the fantastic 2011 film of the same name, there's a needed spark that should power this show (and that did, indeed, power the movie) that is absolutely lacking here. Maybe it isn't fair to compare a $40 Mil Hollywood film with a NetflixOriginally started as a disc-by-mail service, Netflix has grown to be one of the largest media companies in the world (and one of the most valued internet companies as well). With a constant slate of new internet streaming-based programming that updates all the time, Netflix has redefined what it means to watch TV and films (as well as how to do it). TV series, but by using the name the show absolutely draws that comparison and, frankly, it's worse for the comparison. In a void, without that movie existing, this might seem like a decent enough show. With a better adaptation floating out there, man... this stinks. 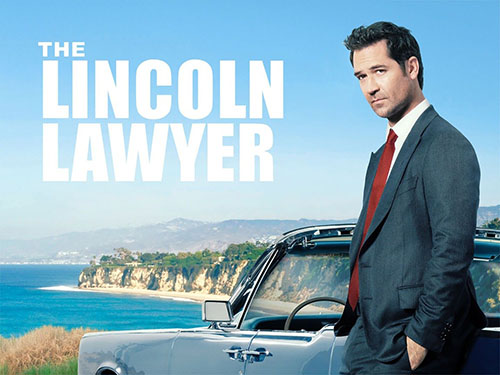 Look, it's not all bad, and we'll get into what does work about this new series. Simple fact is, though, that Netflix clearly thought they could snatch up this property and have their own version of Bosch running around (as these shows are based on the same shared universe of novels). There are a lot of solid ingredients added into the series which help it work decently enough. But, again, it's easy to go and see a much better version of this tale that's already out there. Because of that this Lincoln Lawyer needed to go above and beyond to knock it out of the park. Instead, what we have crafted by show-runner David E. Kelly feels like just another boring, boilerplate lawyer show.

Taking over the role of Mickey Haller is Manuel Garcia-Rulfo, a criminal defense lawyer who, for the last 18 months, hasn't practiced law. He was in a bad surfing accident that laid him up for months, and then that led to a prescription pill addiction he had to recover from. His whole practice was basically put on ice, and only now, all these months later, is Haller back. Called in by a judge to take over another attorney's caseload (after that attorney first signed a document passing the load to Haller, and then getting himself killed), suddenly Haller has a ton of cases to deal with, one of them pretty high profile.

It seems that tech mogul Trevor Elliott (Christopher Gorham) walked in on the dead bodies of his wife and her secret boyfriend. Naturally the police suspected the husband as the killer, and arrested him. There is some evidence to point towards him, although not a ton, and Haller honestly thinks the guy didn't do it. All he has to do is find a way to prove it, alongside balancing all his other smaller cases. It'll take a lot of that patented Haller charm to get the courts on his side and bring justice for all his clients.

So let's be up front about the biggest issue with the show: when it comes to bringing the patented Haller charm, Manuel Garcia-Rulfo utterly fails at the task. I'm not sure what David E. Kelley and is whole production team saw in Garcia-Rulfo, but the man is a blank void. He can smile, and he says he's lines, but there's not spark of fire in the actor's performance. Considering this is a character that's in nearly every scene, that has to sell us on the idea that he's a charismatic lawyer who can work his charm on anyone, we needed a better actor at the center of the series to really prove that. I think Garcia-Rulfo could get there, but he doesn't really have that spark just yet. 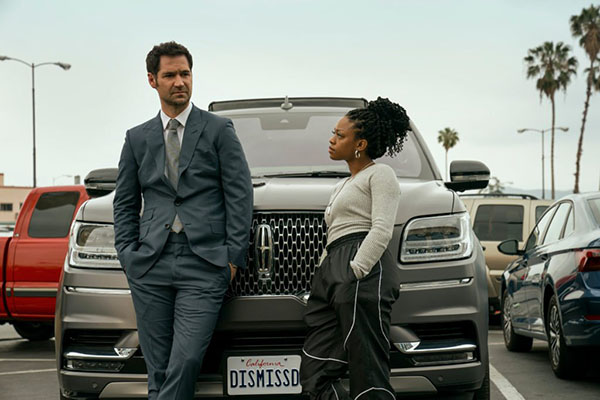 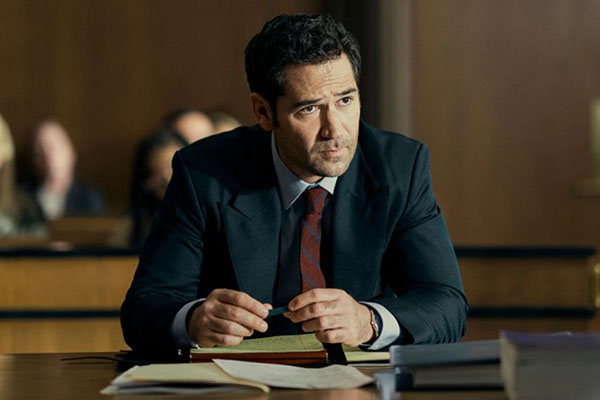 Tis is also a minor quibble but I have to point it out: I'm all for recasting characters into different ethnicities and finding new ways to tell stories with these new perspectives. I think that a Latino lead character on the show does work, especially that gives the characters a solid connection to L.A. (which has a large Latino population). My issue with the show here is that I don't think he should still be named "Mickey Haller". That's a very Irish sounding name, and everyone time someone calls him "Mick" it felt awkward. Miguel Haller (half-Latino, as a thought) works great, and in a flashback the character's mother even calls him "Miguel", but actually going as Mickey or Mick, and sticking to that simply because that's the character's name in the books, that seems weird to me. The show should have double-down, gone farther, changed his whole name and put him even deeper in that community just to sell his worldview. Instead it feels like a partial step at best.

Thankfully, outside of this character we do have a great cast to support him. Leading that charge is (a too good to be in this production) Neve Campbell. Honestly she's so good as a lawyer on this show I'd have rather seen her as the lead. Sure, that's a totally different perspective and one that doesn't align with the title of "The Lincoln Lawyer", but there's a weak A-plot going on here, and a great B-plot with Campbell's ex-wife character, and of the two, I wanted to watch her way more than Garcia-Rulfo's Haller.

Alongside Campbell are a solid collection of character actors, like Becki Newton, Jazz Raycole, and Angus Sampson, all working on various tasks him Haller's newly rebuilt agency. They tell us, time and again, how good he is as a lawyer that we very nearly believe it without seeing it. They have the unenviable task of trying to make the lead actor seem more charismatic despite himself, and in all the ways he lacks spark and fire they have it in spades. This show, really, is so much better when The Lincoln Lawyer isn't focused on the Lincoln Lawyer.

It doesn't help, though, that the central case is so boilerplate. A jealous husband coming home to either (a) fine his wife in bed with her lover or (b) finding them dead (and he's framed for it) is such a standard lawyer show trope that it feels beneath the source material here. Admittedly I haven't read any of Connelly's books focused on Haller so I dunno how true this show is to the original novel (it's apparently based on the second Haller book, The Brass Verdict) but even if it does follow the source material fully it really shouldn't have. This is such a tried, boring plot that it does nothing to elevate the story. It feels like a pale imitation of the previous The Lincoln Lawyer movie, with borrowed twists and nothing new to add. It just doesn't work as the A-plot at all. 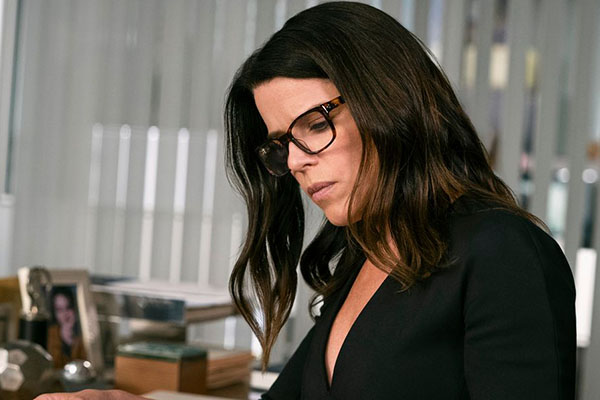 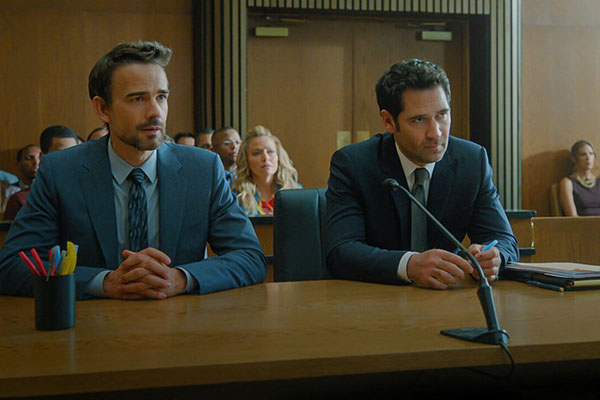 Really, it's hard to see just how this show could be properly improved to the point that it's really addictively watchable. Yes, it got solid ratings and has been given a second season, but that doesn't actually make it good. It jut had the right combination of tropes, plus a long, binge-able episode order, that the show managed to find success. There's still a void at the center of the show that needs to be fixed, and Haller's character deserves a better case to focus on. Whether they go back and adapt the previous novel (which also served the movie) or find other stories to tell, this series deserves better than what David E. Kelley cooked up. Maybe in the second season they'll actually get everything to come together properly.