And Now for Something Completely Tedious

You have to give NetflixOriginally started as a disc-by-mail service, Netflix has grown to be one of the largest media companies in the world (and one of the most valued internet companies as well). With a constant slate of new internet streaming-based programming that updates all the time, Netflix has redefined what it means to watch TV and films (as well as how to do it). credit, they really tried to make Altered Carbon work. The first season was utterly boring, led by a tedious performance by Joel Kinnaman, headlining a series that was reportedly one of the most expensive the streaming service has ever made. It was met by lackluster reviews and yet, instead of canceling the show like most broadcasters probably would have, Netflix doubled down, hiring Anthony Mackie to take over the lead role for a second season (that really wasn't all that bad, showing marked improvement) as well as commissioning an anime film to take place in the same universe. 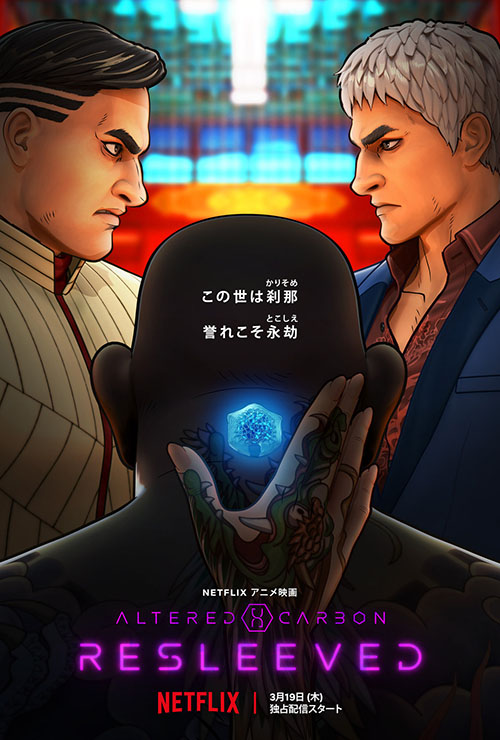 I guess turning the series into an anime film makes a certain amount of sense as it avoids a few of the troubles of the series. For starters, it's cheaper to produce as you can do just about any kind of action you want in a film of this nature and its all just 1s and 0s. Plus, it gets rid of Kinnaman, which is always a relief. And, by making it only 75 minutes long, no one can complain about the film overstaying its welcome (unlike the first season of the show which felt absolutely interminable at times). And yet, the one thing they forgot to fix was the awful story as this anime is, honestly, even more idiotic and incomprehensible than even the first season of the show. As an extension of the property, Altered Carbon: Resleeved is an absolute failure.

Set 300 years (give or take) before the events of the first season, we find Takeshi Kovacs (voiced by Ray Chase), sleeved into a solider body right in the middle of a skirmish between rival Yakuza. On one side we have a long-running clan, led by Genzo (Jamieson Price). On the other side we have a bunch of tech-enhanced ninjas, all of whom are trying to kill of a little girl aligned with the Yakuza clan, Holly (Brittany Cox). The ninjas want her dead because she's the only one that can perform and special tattooing ceremony that passes the rulership of the clan from father to son (all via a special electronic ink). Disturb the ceremony, disturb the ancestry and throw ownership of the clan right out the window. Or, at least, our heroes think that might be the plan.

Tak and Holly are joined by Gina (Elizabeth Maxwell), a CTAC agent sent to collect Holly and get information out of her. Gina's goal is to get information on the Yakuza clan that the government can use against them. But with the life of a girl on the line, and ninjas constantly coming for them, Gina has to align with Tak to protect the girl. And then, as the mysteries unfold, Gina sticks around to make sure justice is done and that the wrong people are finally taken out, once and for all.

There are a lot of problems with this film, and now that the series has been canceled it seems like shooting fish in a barrel to pick on this poor little film, but for anyone curious this is a bad movie, and there are number of reasons I just have to point out. The first, and biggest issue is that the story simply doesn't work. You spend about twenty minutes trying to figure out what's going on, mostly because you're just dropped into the middle of it all without nearly enough explanation, and then the rest of the time you're simply trying to decide if you care. 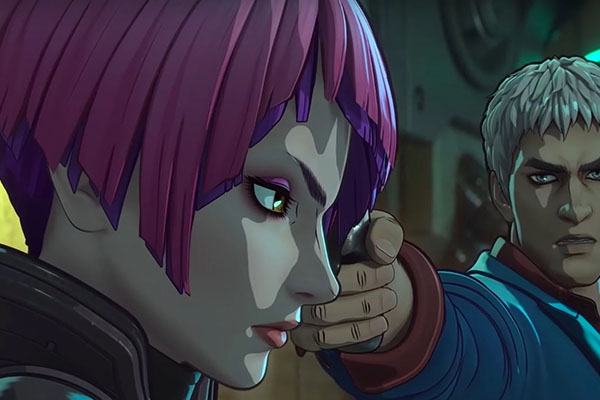 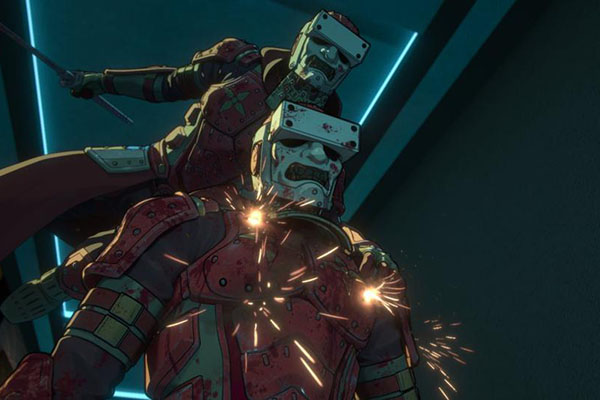 Part of the issue is that the whole of the story is about internal politics of a Yakuza clan we have no connection to. Yes, I'm fairly certain this is the same clan featured in the second season (set hundreds of years later, mind you), but that really doesn't help the story. It's not a strong connection and it certainly doesn't make us care at all about any of it. Even slapping a cute little girl into the middle of it doesn't do much. We do care about her, and we want her to live, but it'd be easier just to take her out of all of it, blow the whole clan up, and call it a day. Case closed.

The film does itself absolutely no favors setting this movie 300 years before everything else we've seen. While Takeshi has never been the most likable character, her grew on me over the course of second season while he was in the hands of Anthony Mackie. But here, the characters is reverted all the back to his cold, stoic, mercenary ways. He's not a character we can care about, and the fact that it's a prequel means we have absolutely no worries about what will happen to him, if he'll live or die, or anything else like that.

It's actually the same issue with Gina too, a character who's actually pretty likable in this film. In her case, the big twist is that she's actually Tak's sister, Reileen, who we know grows to be the villain of season one of the series (before dying at the end of that season). The second that fact is revealed we actually stop caring about her, but since we know she survives for another 300 years we end up hating her while also not being able to do anything about it. It's doubly aggravating.

Of course, by setting it so far in the past for the series, nothing that happens here really matters. Things can happen, people can die, life goes on, and none of it will ever get mentioned in the series because its 300 years ago. Even on a show were people can effectively be immortal (by moving their digital brain "stack" from one body to the next), 300 years is a long time. Most people forget most crap in a year or two, and 300 years is long enough for even those with the best memories to have grown and change into completely different people. This prequel is so far removed from everything it simply can't have consequence. It's not possible for it to matter. 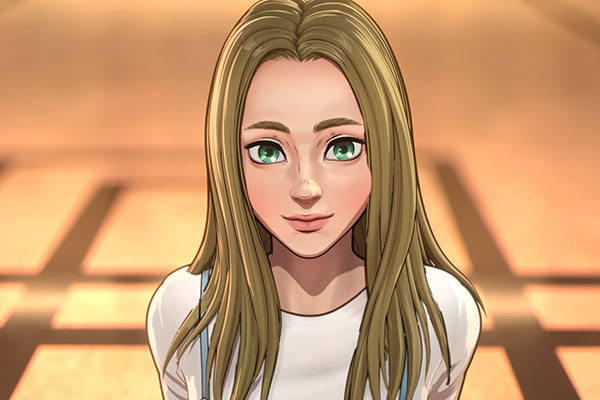 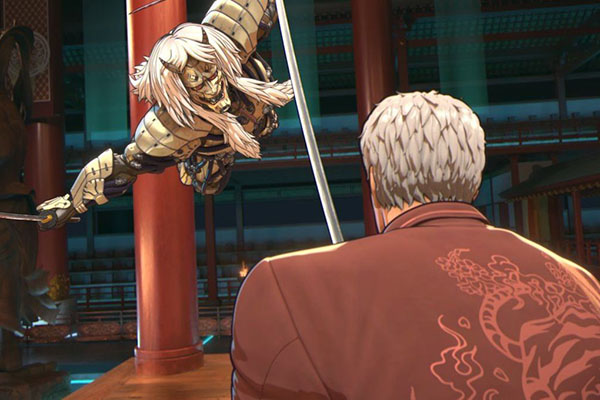 The best thing this film has going for it is the animation, which is a nice blend of CGI and anime. The film is very anime, so obviously I (a devout anime hater) didn't care as much about it as some might, but for anyone that actually enjoys this animation style, the film is smoothly done, with nice detail, solid color sense, and well crafted animation. I dunno if I'd go so far as to call it a treat for the eyes, but its capable fairly well put together. Real anime fans won't have anything to complain about in this regard.

But the simple fact is that this film doesn't really do anything for the series. If this were the first of several films as set around the same time period, with the events actually having some impact of the series to come, that would be one thing. But a one-off (which remained a planned one-off even before the series was shit-canned) doesn't help the series at all. Who knows what Netflix's long term plans might have been if the second season had performed better, but as it is this film suffers from a lack of continuation, a lack of substance, and a lack of an audience. It's a misfire, complete and utterly, and even the most devout Altered Carbon fans (do they even exist?) will likely skip out on this film.