It's a Secret to Everybody

When Netflix went from being primarily a disc-by-mail service to primarily an internet-streaming service, the company put an emphasis on making their own shows as opposed to promoting other companies' media. For a while this essentially meant that there were a couple of good Netflix shows and a lot of terrible Asylum movies to choose from on the service. However, as the company has grown their streaming capabilities, and the amount of money they're willing to spend acquiring new shows, a lot of good stuff has come out on the service. 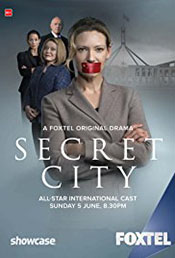 One of those acquisitions is the Australian-produced series Secret City. The show is about corrupt politics in Australia with a world-stage bent that includes the U.S., Japan, and China. The name itself is a bit of a double-entendre, of course, as one of the great landmarks of China is the "Forbidden City", although the name of the show really implies more about how secrets are kept by those in governmental power. And, yes, people get screwed over left, right, and center because it's a political show and that's what we expect our politicians to do (on any side of "the pond").

Told from the perspective of Harriet Dunkley (Anna Torv, of Fringe fame), we follow her reporter for the Daily Herald as she gets tipped off to a story about the sitting Defense Minister (a cabinet member, like the U.S. Secretary of Defense, for those not too familiar with Australian politics) and a crime he may have committed 20 years earlier in China. This then spirals into a conspiracy about blackmailing China for hacking Australian airplane systems, a bill drafted to grant the government sweeping new powers over media (social and print), and people at every level of government that may be tied up in the whole mess.

Watching the series I couldn't help but get a House of Cards vibe (the U.S. series -- I tried to watch the original U.K. version and... ugh, why do people like that show?) with all the machinations going on behind the scenes. It's a political show where double-crosses stack on double-crosses and all you can do is sit there watching it thinking "okay, so who's the President Underwood in this scenario". Wisely, this show doesn't play it anywhere near as hammy as the writing in House of Cards -- there's no one turning to the camera to explain what's going on, no breaks in the tension as a good ol' boy cajoles you towards their side. This is a colder show that tries to handle the topic of government corruption in a more realistic way.

That said, the show doesn't entirely fire with the same energy that House of Cards. Love it or hate it as the show sunk further and further up its own ass, but the first couple of seasons of House of Cards were pretty watchable -- the episodes were fast-paced if nothing else, and the constantly battling and (sometimes literally) backstabbing among the principle characters may have stretched credulity, but it was fun to watch. 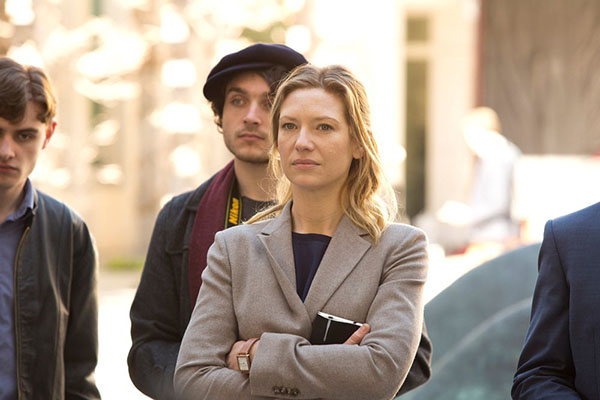 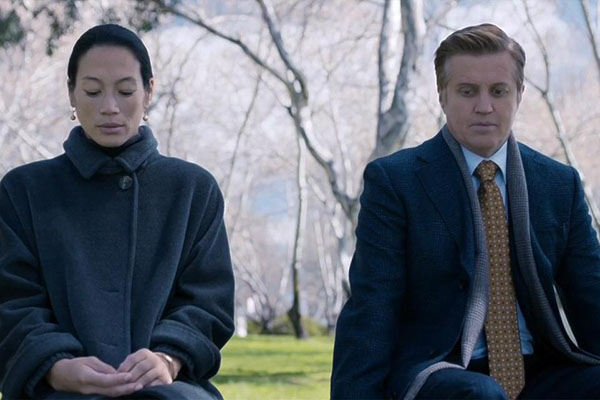 Secret City, though, doesn't have that same fire. It wants to be a tense, cold thriller, one that shocks you with the subject matter not with the characters. And yet, while it tries to be more grounded, it sometimes comes off as less realistic. By the fourth twist that reveals someone else was behind what we saw AGAIN, it stretches belief. It was hard for me to invest in the villainous schemes going on and care if they were thwarted when, in all likelihood, some new double-cross would be revealed that would recontextualize what I just saw. It just became tiresome.

Plot issues aside, there are a number of things to like about the show and most of them are Anna Torv. A great actress who I really grew to enjoy on Fringe (seriously, I wish I'd been running this site when that show was on so I could have talked about it more), Torv has the ability to invest herself in her characters no matter what is going on around her. She anchors the show and makes it feel more grounded than it should. If Torv wasn't on it, the show probably wouldn't be watchable (and, I'll admit, I only started watching it when I saw she was in it).

The show isn't great but it is watchable. If you just think of it as an Australian House of Cards you probably won't mind how weird the plot gets sometimes. Just don't expect to be able to take it too seriously by the third double-cross.