I Don't Actually Have to Yell "Makeover", Right? Right?

As I have noted on this site before, I'm not a huge fan of reality shows. If I wanted to see people living out their weird lives, I'd actually go and hang out with people. Watching people I don't know get into stupid situations, usually because they have to act out and cause problems for the sake of drama (and ratings) is not my preferred form of entertainment. If I want to watch fiction, I'll just go watch fiction. 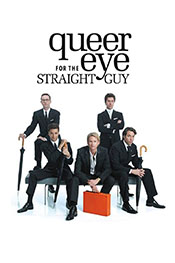 That said, occasionally, if a premise is good, I will at least give a show a couple of minutes to see if its worthwhile. That's how, for a couple of seasons, I ended up watching Top Chef (plus, I really like cooking, so that was a bonus). It's how, before that, I ended up seeing a couple of seasons of Project Runway (although I largely blame my ex-wife for that since she used to watch it while we were together). And, before all that, I watched most of the run of the original Queer Eye for the Straight Guy.

Admittedly, if I hadn't been watching the Bravo network at the time I probably wouldn't have paid attention to the 2003 original Queer Eye. At the time, Bravo hadn't become a reality TV focused channel, instead mostly playing movie and TV reruns. One thing they ran a lot was The West Wing and I really dug that show. I ended up watching a number of marathons of the show when it was on Bravo, seeing the first four seasons over and over more times than I care to admit. So when, after one stint or another, Queer Eye came on, I agreed with my wife to see what it was all about.

I was, naturally, pleasantly surprised by the show. At its core the 2003 Queer Eye was a makeover show for dudes. Of course the hook was based on the stereotype that straight men can't dress but gay men are always put together (although, as they showed in at least one episode, not all gay men have it together since they had to do a makeover for one). 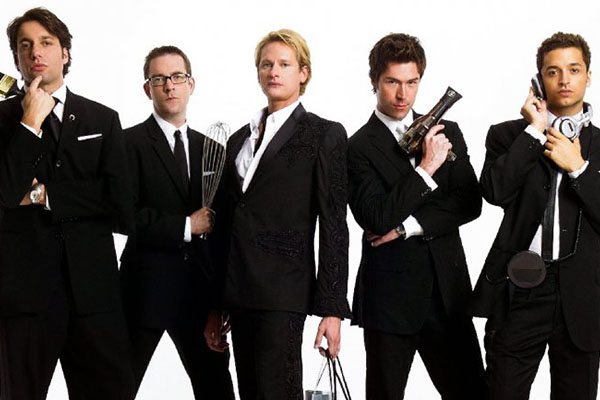 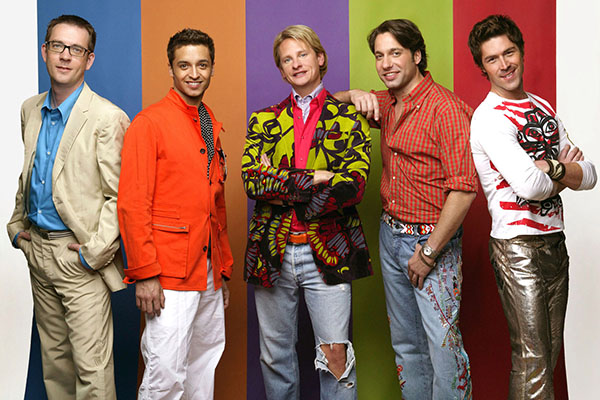 The five gay men who act as the makeover team -- Carson (fashion), Jai (culture), Kyan (grooming), Ted (food), and Thom (interior design), collectively known as "the Fab Five" (or now, with a new series out, the "original Fab Five) -- would come in and, in the course of a week, completely change one dude's life. They'd help him get organized, clean up, redesign his interior spaces (with new furniture, decor, flooring, and paint), teach him some cooking basics, and get him to dress better. They wouldn't change who the person was or destroy their essence, so a biker would still dress like a bike just a nicer one, but they'd help them find a "better" them.

What worked about the show was that it had heart. While the title, Queer Eye for the Straight Guy, might seem flippant, the five guys really cared about what they were doing. They wanted to truly help the person they were focusing on, helping them to change their lives (and keep it changed, as they showed during the first season "catch up" show) for the better.

Plus, the show was just helpful for the dudes watching (you know, like me) as often they'd have good tips and tricks they'd impart during the course of an episode. I still use a few of the cooking tricks I picked up from the show (even if I completely ignore most all of the fashion advice). The show was good at educating the audience without talking down to them.

Not that everything worked. Although all the guys had great chemistry it's hard to say they all had equal jobs. Jai, in particular, got stuck with the thankless task of teaching "Culture" which... didn't often amount to much. Maybe sometimes finding a good date place for the dudes or trying to... well, hell, despite remembering much of the show 15 years later, I still can't remember most of what Jai did. Tellingly, when they had DVD collections of the shows later, each guy got their own except Kyan and Jai as they were grouped together. One, or both, didn't do enough to warrant their own collection.

Still, that was a minor quibble. Overall the show worked well and did it's primary job for most straight men: showed them how to make themselves, and their lives, just a little nicer, a little better. 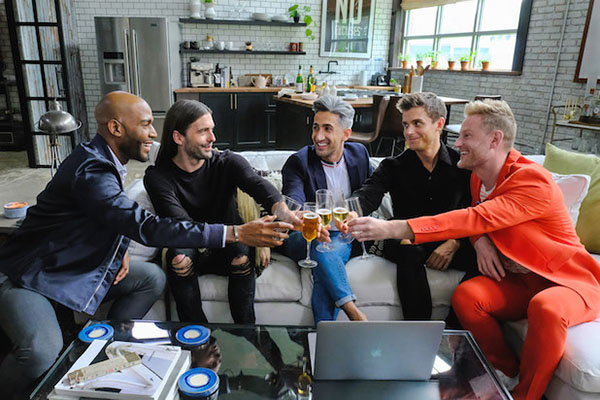 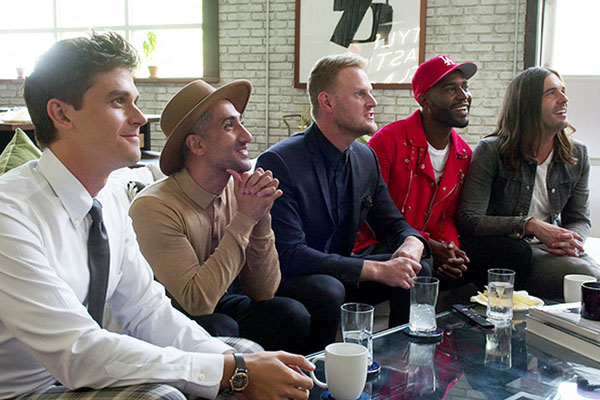 That said, once Bravo had a hit on their hands they tried to capitalize on it and make the "Queer Eye" brand extend as far as it could. Not just DVDs, of course, but spin-offs as well:

Eventually the series ran out of steam (as most shows do), and it was eventually cancelled. Over time, Bravo ran it less and less until it eventually faded from the TV landscape. At least, until... 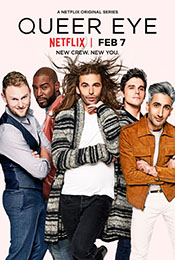 Resurrected on Netflix, Queer Eye returned to find new people to help. With a new team of men -- Antoni (food), Bobby (interior design), Jonathan (grooming), Karamo (culture), Tan (fashion) -- the goal is, essentially, the same: find people in need of a reinvention to better their lives. Much like the original show, the new hosts on Queer Eye want to maintain the guy's personality, they just want to make it better.

Well, and this time around they aren't just handling men (thus why "for the Straight Guy" was dropped from the name). They've already helped a gay man, a trans man, and a straight woman (plus her gay son), turning their lives around and helping them to make the improvements they need to live happier lives.

The team of men have great chemistry this time around, giving the show the energy it needs. They're playful and engaging and make the show fun to watch. However, one thing about the new format is that the tips aren't as prevalent as they used to be. As much as I can tell that Antonin loves food, I haven't actually learned anything from him (aside from the fact that avocados are taste -- dude seriously likes avocados). And I have the same issue with Johnathan -- Kyan would show you good ways to shave, things you can do to improve you B.O., things of that nature, but Johnathan is very focused on the hair and likes to do styling without actually imparting any wisdom along the way.

I don't blame the guys for this, though. It think this is entirely the limits of the format itself. The episodes are still around 45 minutes in length, so clearly the show is designed to run on Netflix in the U.S. and then get broadcast on normal channels internationally. This time limit then runs up against a greater emphasis on the stories of the men (and ladies) the Fab Five are making over -- we learn more about them, get personal stories from them (and the gay men as they relate back and forth), and just have a greater appreciation for the people involved all around. This is good, sure, but unfortunately the part of the show I liked best (the learning) has been lost.

Still, overall the show is a great watch. Sure there's still time where not all the guys get to do anything (Antonin lives in his little food bubble, and Kuramo is stuck dealing with the nebulous "style"), but they're all having fun and, at the end of an episode, there's usually some feels. So, yeah, depending on what you're looking for from your makeover shows, this may be exactly the version of the show you'd like. Even with my quibbles, I'm still watching.