Okay Everyone, Make Sure to Grab Your SHIELD

Agents of SHIELD and the State of the MCU on TV 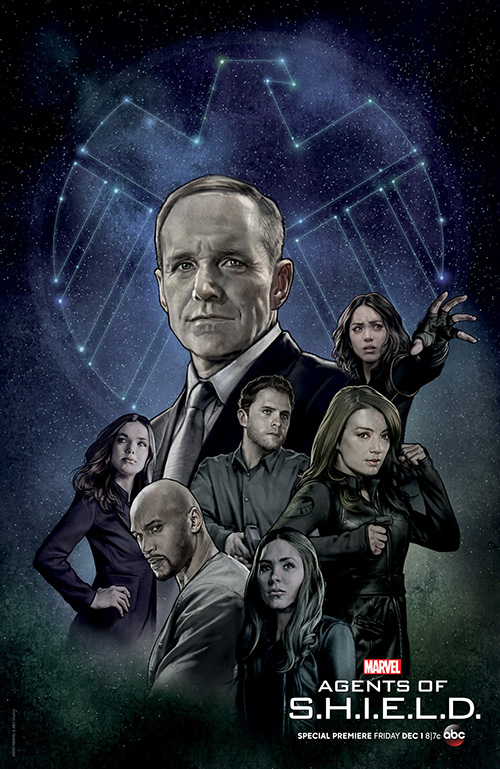 Five years ago, when Marvel's Agents of S.H.E.I.L.D. came out (and, seriously, we're just calling this SHIELD now because the whole title is obnoxious to type), there was a palpable sense of anticipation among the comic book nerds. It was the first TV show set in the Marvel Cinematic Universe, which was just humming along, and it promised the return of Agent Coulson.

Despite all the cool heroes showing up in the various MCU films, the breakout character was, hands-down, Agent Coulson (Clark Gregg). Played with a dry, sardonic, don't-give-a-fuck attitude, Coulson showed up in as many of the early movies as anyone and he helped set the tone for how SHIELD, the spy organization, worked and who was behind the scenes. Nick Fury may have been in charge of SHIELD, but for a while there Coulson was SHIELD. And then he died in the Avengers. Sure, it made sense in a way -- if any of the characters in the movie were expendable, it was one of the SHIELD agents (since they weren't going to kill any of the Avengers at that point). Since Coulson was beloved, killing him made for a solid gut-punch (which is director Joss Wheddon's stock-and-trade). But then they said Coulson was coming back on SHIELD, and many rejoiced.

At the start, though, the show we got was less a rousing Avengers-adjacent romp and more of a low-grade sci-fi procedural. Sure, it tied into the larger MCU and had some small crossovers, but it just wasn't very interesting. It wasn't necessarily bad but it certainly wasn't up to the standard of the rest of the MCU.

Largely, though, this was due to where the MCU itself was headed and the fact that SHIELD's entire concept was about to be blown up by Captain America: The Winter Soldier. In that movie it's revealed that ever since World War II, HYDRA (the evil version of SHIELD that is and isn't tied to Nazis, somehow), who everyone thought had been defeated by Cap, was actually working behind the scenes, taking over all levels of SHIELD. Cap ends up having to take SHIELD down completely, and HYDRA is crippled and sent on the run once more. 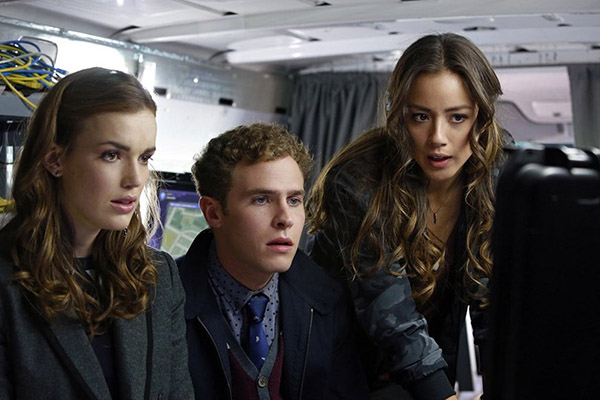 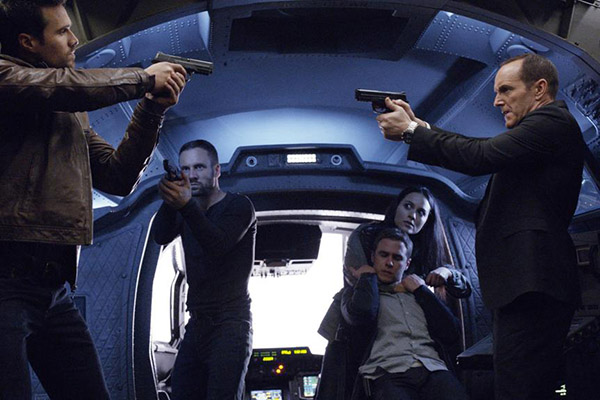 How do you have a SHIELD show without SHIELD? That's the question the movie raised and, as it was revealed after, that was basically the moment SHIELD was waiting for, because once Winter Soldier came out, everything suddenly got way more interesting. On the show, SHIELD was suddenly left without resources or allies and, to fight the good fight, they basically had to be fugitives.

From there, the show has gone in a number of direction is honestly could had it still been a show about SHIELD, the huge agency. Since then they've dealt with HYRDA, the Inhumans, HYRDA and evil Inhumans from outer space, Ghost Rider, Androids, and HYRDA again (but this time they were actually HYRDA inside a computer simulation). The show has been willing to get weird and follow narrative lines that no one could have expected to the original premise of Agents who, you know, worked for SHIELD.

Special attention should be paid to season four. Unlike previous seasons, this wasn't one long storyline but three largely self-contained "pods" devoted to Ghost Rider, the LMD androids, and Agents of HYDRA. Sure, connecting threads went through each (like Ghost Rider showing up again near the end of the season), but the tightly plotted stories gave the series more momentum and energy, creating real suspense and real payoffs throughout the season. Season four is a great season, start to finish, and is actually a really great jumping on point for new viewers (or anyone that bailed part way into the first season).

What's interesting is that while SHIELD started only okay and has only goten better and better, very few other MCU TV properties have come along that could rival SHIELD at its best. The closest for me was Agent Carter, and 1950s-set companion show to SHIELD that detailed the adventures of plucky Peggy Carter (Hayley Atwell) and she works with the per-SHIELD SSR Division on very SHIELD-like problems of national security. Agent Carter was a great show that sadly was cancelled after only two seasons (and sadly no one picked it back up later for a revival). 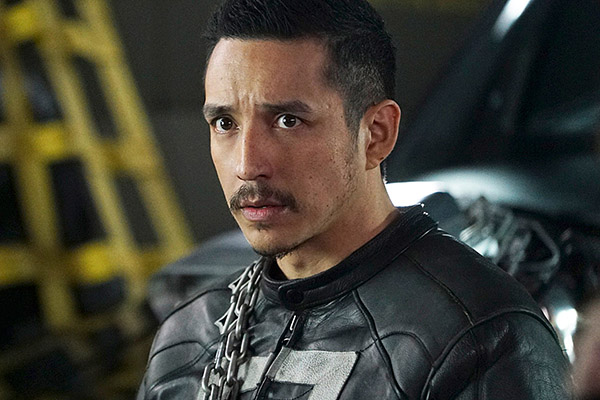 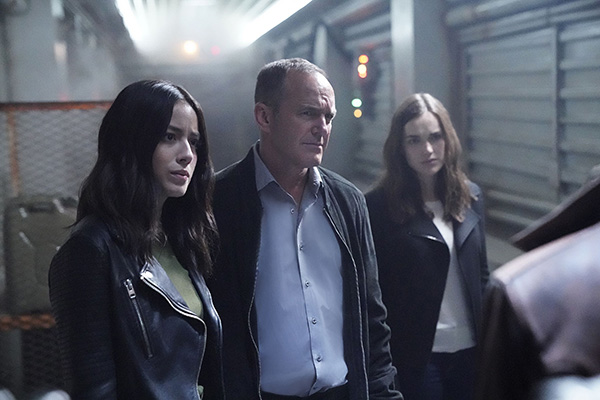 Meanwhile, Netflix struck a deal to develop MCU-adjacent shows set in New York City and while the shows started off good, with then have had some middling results since:

Over on Hulu, Runaways debuted to much fanfare. The show was actually halfway decent, but it struggled stretching six-issues of story to fill ten episodes of television. Sometimes it was really, really good, but the show was uneven. Hopefully it will improve with its second season. 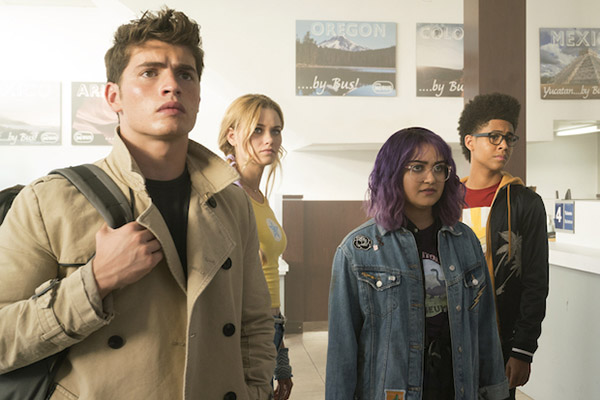 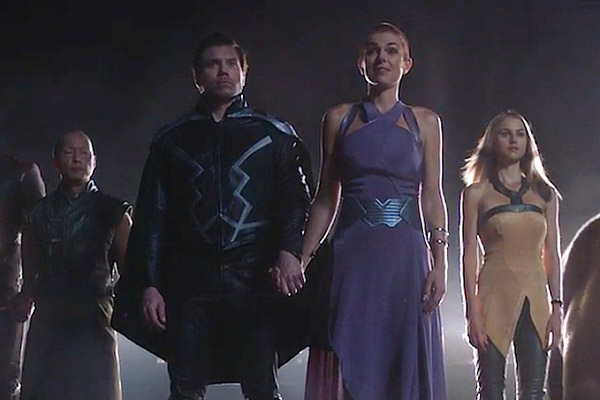 Finally, ABC came back with a third show tied to the MCU, The Inhumans. This one is an odd beast as, originally, the Inhumans were going to get their own movie. Reportedly, though, the movie side of the studio wasn't happy that the Inhumans were launched in SHIELD and elected to cancel the movie plans. Instead the characters were shuffled off to their own TV show that, despite all the setup on SHIELD, had NOTHING to do with that show or any of the characters within. Also, the show was truly, completely, utterly terrible. It made Iron Fist look like... well, not as bad, certainly, by comparison. It's also, thankfully, been cancelled.

Essentially, for whatever reason, Marvel can't seem to quite get their MCU act together on the small screen. SHIELD remains the bright point of the universe, and, thankfully, it's been renewed for a sixth season. If you haven't already you should go back and give the show a watch. It's the best MCU project on TV and well worth your time. Just... maybe skip season one -- you really won't miss much.