Mark That One As "Dead"

The Cancelled TV Shows of 2018

I watch a fair bit of TV. I like having stuff on while I work, and doing graphic design and comic layouts doesn't really take much of my brain power; having noise to listen to, and stuff to look up at to give my eyes a break, is great. So I'll usually have the TV on, and I'll watch whatever cool genre shows are on at the time (via Hulu, Netflix, or Amazon Prime, although I'll buy any of the shows I like that may be hard to find on streaming channels). This has allowed me to watch way more TV than I'm normally comfortable admitting. It also means I've grown fairly attached to more shows than most humans really should. And, as in this case this year, a number of shows I like have been cancelled. As a kind of post-mortem for them, let's look at the shows that were cancelled throughout the 2018 TV season. 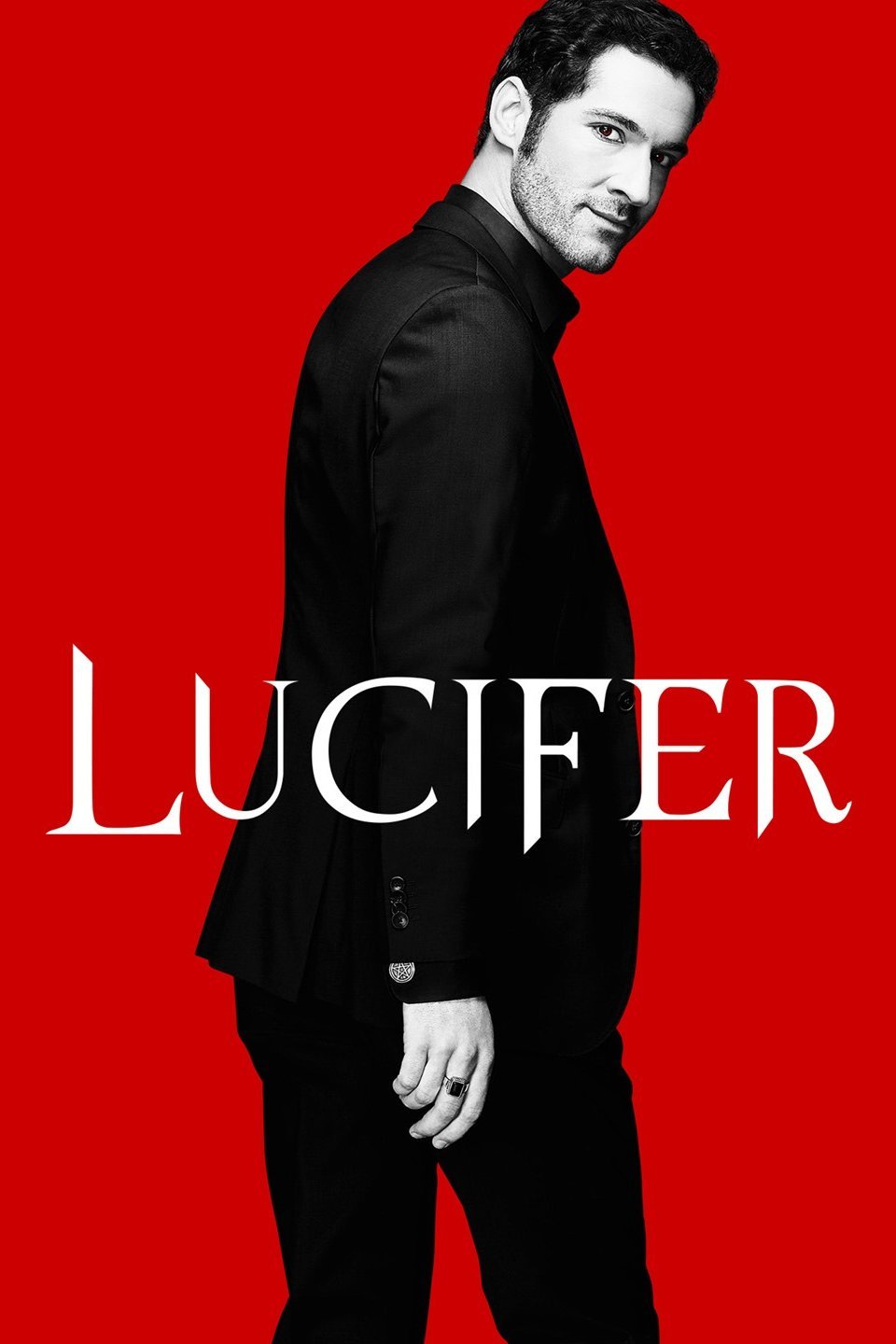 As a note, we're only covering shows that were cancelled before their planned end date. Some shows, like The Americans are naturally finishing their runs so I wouldn't really say they went before they should have (although certainly a number of shows that have naturally ended could have gone on running and I would have happily watched). Also, shows that were cancelled by one network and then picked up by another (like Brooklyn Nine-Nine or The Expanse) are also not making this list -- they still have life in them so we'll wait on a post-mortem for their runs just yet.

And so, in (largely) alphabetical order:

This one stings a bit for two reasons. For one, this is the weirdest, strangest, goriest show I've seen in a quite a while. I love the Evil Dead movies (and could honestly spend a week talking about them here on this site... which I just might do at some point). Any time there was news of a new movie maybe, possibly coming out, or some continuation, I was there. And this Starz show delivered. Ash vs. Evil Dead featured an aged Ash Williams, still the gung ho, cowardly dumb-ass we saw from the previous movie, Army of Darkness, as he takes on the forces of Hell after accidentally unleashing the Deadites once more (in a drug-fueled haze).

This is a show where Ash has to fight a corpse in a morgue only to then get wrapped up in a demonically-enchanted intestine and sucked up into the corpse's anus. This is a show where a puppet version of Ash shows up in a psychiatric clinic, only for it to become a Deadite and attack people. This is a show where any weird, stupid, gore-filled idea is not only pursued but pushed five steps beyond whatever you would normally expect (and decency would demand). In short, it's everything Evil Dead should be, and I'm sad to see it go. 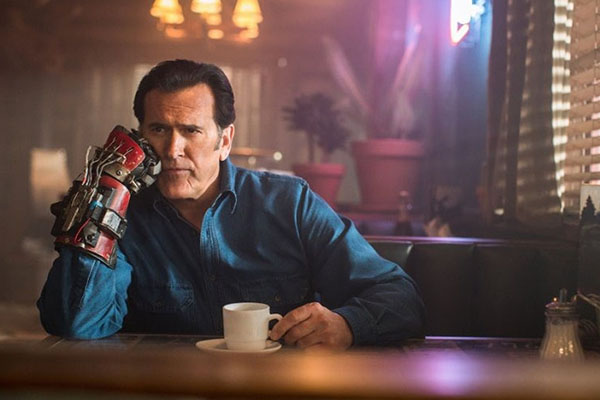 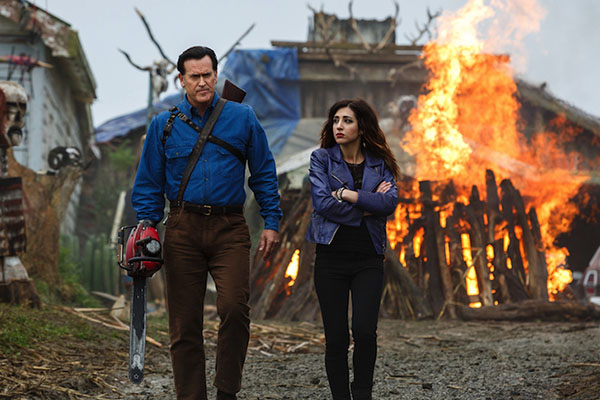 Worse, though, is the fact that Bruce Campbell has said he's hanging up the Ash character once and for all. Now that the show is off the air we won't be getting anymore (proper) Evil Dead again. So everyone, hold up a candle, say a few dark incantations, and give the Evil Dead series the send-off it deserves.

I don't know how many people paid attention to Dark Matter when it was on the air; I'm guessing not many since it was cancelled earlier in the year to little fanfare. The show was a space-epic set on a powerful gunship run by a bunch of reformed criminals. The whole reason they changed their ways is because, all at the same time (due to a hypersleep error), they all lost their memories. In trying to figure out who they were they realized they could all be better people and they started going around the galaxy, fighting the evil corporations trying to rule the universe, and basically righting the wrongs they found along the way.

The show always struck me as Farscape without the puppets. The gang was a bunch of wise-cracking ne'er-do-wells just trying to get by when half the galaxy was on their tails. It could be funny at times, as well as dramatic, and action packed, but it always came down to the characters and how well they worked together (and the crew of actors all had really good chemistry together, especially once they ditched the supposed lead male early in the run and never looked back). 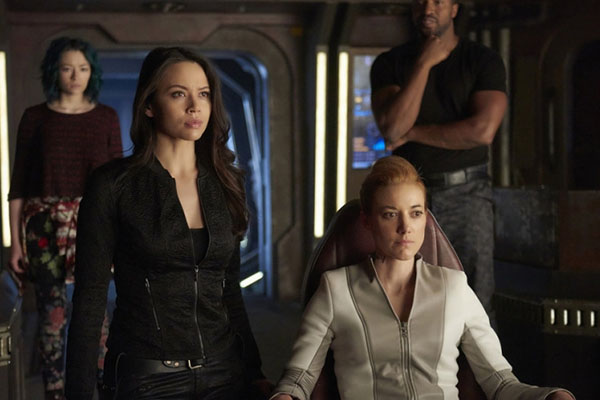 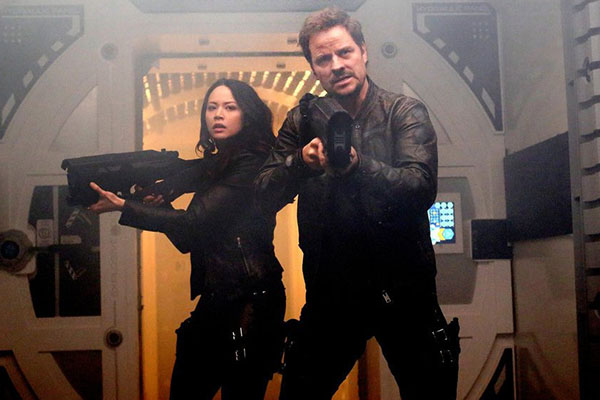 The show never found a home elsewhere, and it ended on a cliffhanger at the end of season 3, so this is another rather painful good-bye. I do recommend checking it out if you get the chance though, and enjoy some fun space drama.

Ooh, another one that stings, although at least this time the cancellation wasn't unexpected. Starting off in the 1980s,

While I found this plotline compelling enough, I will admit that the two lead characters, Joe and Gordon, weren't as compelling as Gordon's wife, Donna, and Joe's young protege/love interest, Cameron. These two ladies had better charisma, and watching them trying to navigate the computer scene through seasons 2 and 3 was certainly more interesting. As we travelled from the 80s through the 90s, watching the internet blossom (and the various tech companies these characters formed to try and get in on the ground floor each time), the show found new ways to mine the tech scene and make it really interesting. 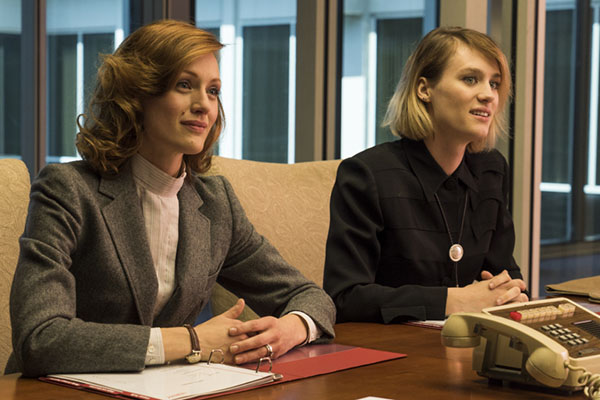 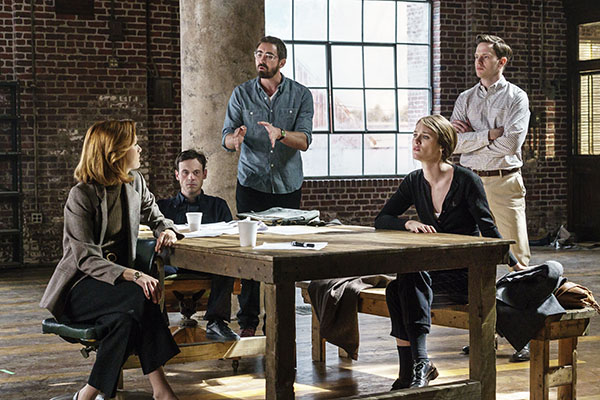 Sadly, no one watched much past the first season (when the show wasn't at its best). It was honestly a shocker the show went four seasons, giving the creators time to end it the series with a bit of style. Still, this show was cancelled before it should have been, and it will be dearly missed.

I will fully admit I'm one of the people that probably got this show cancelled. Me and everyone that streams shows and doesn't bother watching them first run (because I don't have a traditional cable connection). It's a pity, too, because this show is really great. I caught the first two seasons on Netflix recently and binged through the entire run in a couple of days.

The show is a 1980's set caper series about two guys, Hap and Leonard (of course), and the funny, sad, and thrilling antics they get up to in the South. The showed confronted racial politics, sexual politics, and a whole lot of violence, all while telling a great bromance crime story. 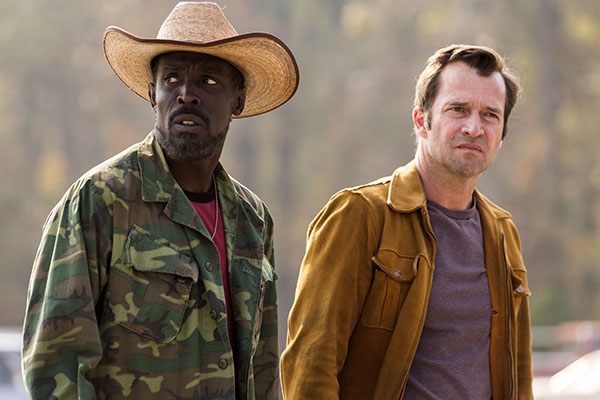 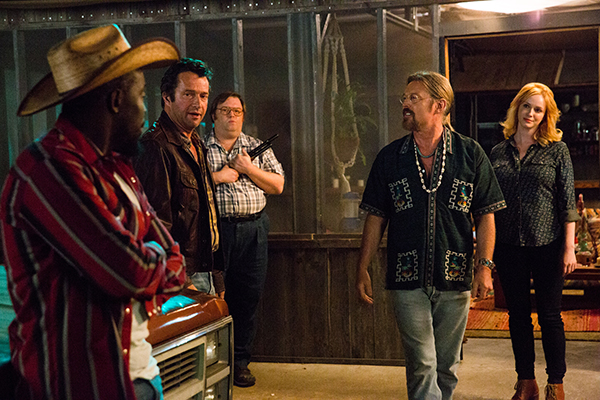 The fact that the show switched formats a bit between seasons one and two probably didn't help (going from a straight heist show to more of a true crime-inspired plotline). But it was so well acted I would have figured people would have stayed on board for the show (seriously, James Purefoy and Michael Kenneth Williams are so good on this show).

Still, I await the third season coming to Netflix... I'm a terrible person.

Now here's one that I'm not sad about it dying. Don't get me wrong, I really dug Lucifer in the early going. I know some people were turned off initially because the show was supposedly based on the Lucifer character from the Gaiman Sandman comics, but it seemingly had very little relation. However, through first and second seasons the show picked up steam (and viewership), largely powered by Tom Ellis as the titular leader of Hell. His performance was both smarmy and deep (with a bit of effete thrown in), and it worked so well. The show did a great amount of world building around Lucifer and the other denizens of Heaven and Hell that were all wandering the streets of L.A. Such a great show for those first two seasons.

Third season, though, really lost its way. The show became very formulaic and the Lucifer character went from interesting to just annoying. There were a couple of stand-out episodes that played with the format of the series, but for the most part the show became rote and boring. While it finally picked up steam in the last couple of episodes for the main season (not counting a couple of extra episodes Fox is burning off post-cancellation) it was just too little, too late even for this early fan. 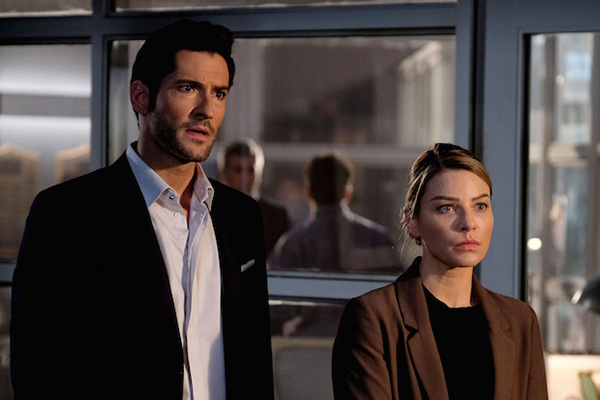 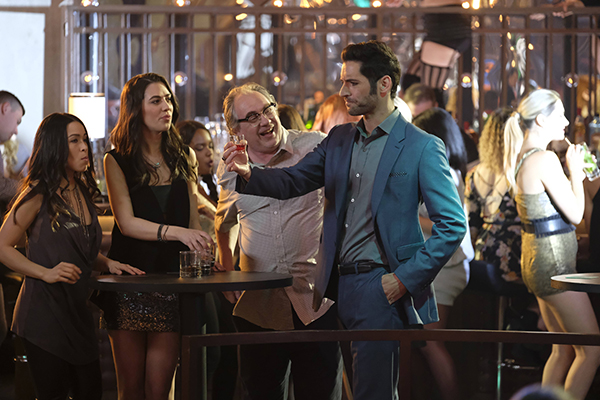 I know producers are still shopping the show around to try and find a new home for it, but I'm perfectly fine with just letting it die. The show ran its course, we don't need more.

Editor's Update: Netflix did indeed pick up the show so a fourth season will be arriving sometime in 2019

This show was shit.

Oh, did you want more? Okay: it was truly wretched, awful shit. The acting sucked, the plotting sucked, the effects sucked. Nothing happened, none of the characters were interesting, and they could have all died in a fire at any point and the show, and all of network TV, would have been better for it. 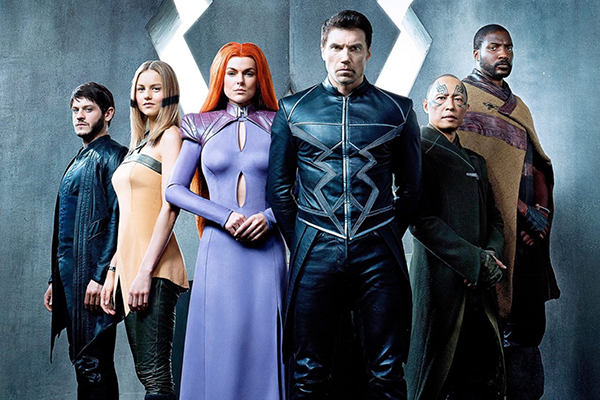 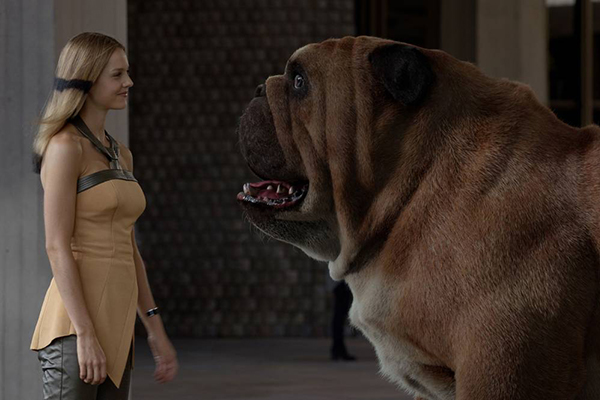 Seriously, did anyone watch this show? Was there anyone out there going, "I wonder what the Taken universe was like before Liam Neeson's character had a particular set of skills? Maybe his set of skills was smaller? Could we see that, just without Liam Neeson? He wasn't the important part, right? Please, give me that show."

I never could figure out who this show was for, and yet it went two seasons so obviously someone was watching it. I just wasn't one of those people. 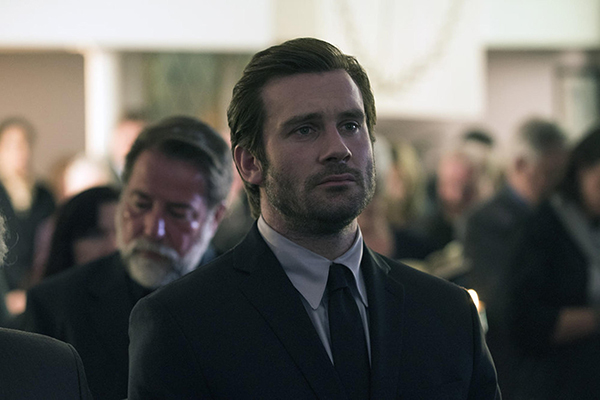 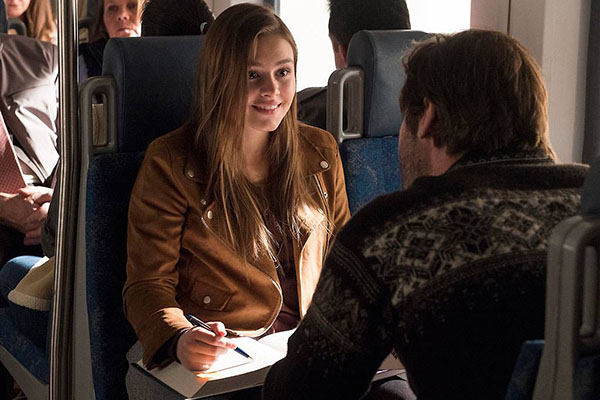 And One Dishonorable Mention...

I'm gonna fully admit I didn't bother watching the recent Roseanne revival, although not because of the actress's politics. I mean, sure, I vehemently disagree with everything that Roseanne tweets about, but that wasn't what turned me away from the show. I actually liked the early going of the original series and, if the show had ended on a high note I might have turned in regardless of how I felt about the lead actress.

But it didn't. While initially Roseanne was about a working class, blue-collar family and their travails through the years as they try to keep their bills paid and their family together, the final season saw the series change, with Roseanne (the title character) winning the lottery and the family suddenly having money, and time, and energy to do whatever they wanted. The show stopped being as funny, and it was clear in that last season even the creators knew it because, in the last episode, it was revealed that everything we'd seen that last season was just a novel the "real" Roseanne (still the character) had written after the death of her husband, Dan.

And yet the new show came back with the family back to being poor, Dan still alive, and a bunch of continuity issues in the process. That bothered me on its own, but then when you factor in how awful the show got in that last season,. how boring and unfunny it was, I just had no desire to try and see if they could somehow get the spirit of the show back. From what I read, though, they really didn't. 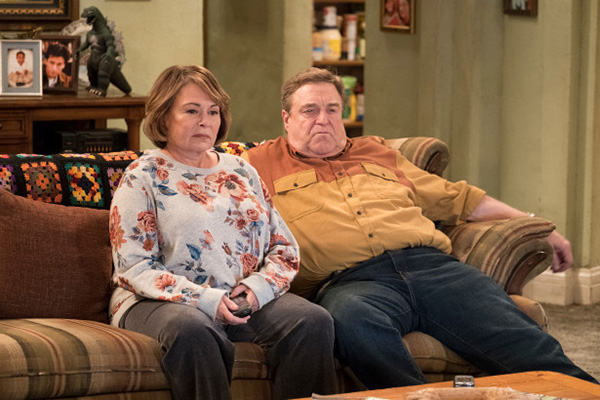 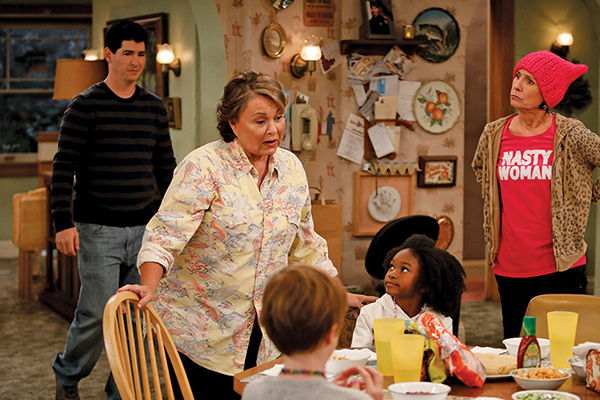 And then Roseanne (the actress), who is a devoute Trump supporter, went off on a racist, anti-semetic rant and got her (surprisingly successful) revival cancelled (because you can't have Roseanne with Roseanne, and you have anyone other than Roseanne play Roseanne, and the studio didn't want Roseanne -- either one -- involved with Roseanne anymore).

To which I say: good. And I'll just leave it at that.