A Critical Reevaluation of Iron Man 2

I spend a lot of time complaining about movies. I don't know if that's just my perception or if I really do seem to hate more films than I like, but it does seem (to me) like more of my reviews catalog all the things movies do wrong more than the things they get right. I do want to change that, though, and we're going to start that off over in the Marvel Cinematic UniverseWhen it first began in 2008 with a little film called Iron Man no one suspected the empire that would follow. Superhero movies in the past, especially those not featuring either Batman or Superman, were usually terrible. And yet, Iron Man would lead to a long series of successful films, launching the most successful cinema brand in history: the Marvel Cinematic Universe.. As I've noted before, it does feel like Marvel is in a weird place trying to figure out where to go with their universe now that Phase III is over, half the heroes can no longer show up in the films, and the big bad they were fighting, Thanos, is off the table. What they do is important, but it's necessary to remember where they came from and why so much is riding on their next moves. 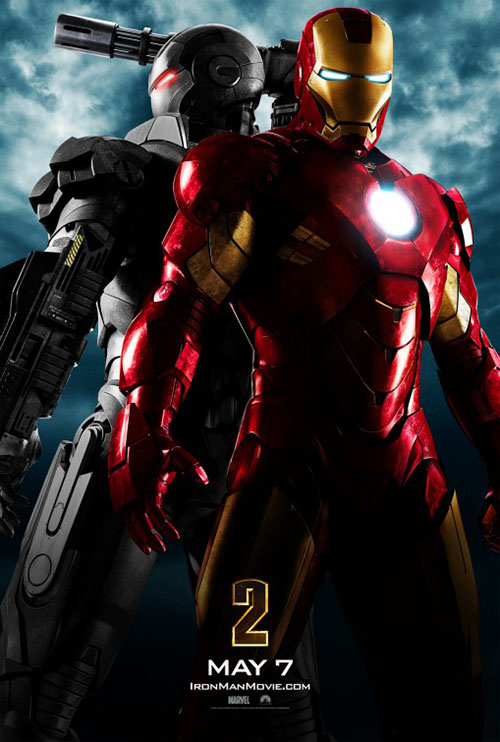 It's interesting to go back and look at the MCU see that the behemoth it became wasn't reflected in its early films. Yes, Iron ManBillionare Tony Stark has a secret: while he travels the world by day as a playboy philanthropist and head of Stark Industries, he combats the evils of the world as the armored Iron Man. launched the franchise, but the follow ups to that Iron Avenger's first film -- The Incredible Hulk, Iron Man 2, and Thor -- did not live up to the promise of that first film. It's not that any of them are bad... well, no, I take that back as The Incredible Hulk is just a bad movie. But the others have some bright spots in them even if they do have issues.

So, for the next little while we're going to go through the films of the MCU that, for one reason or another, didn't work for me. I'm going to identify what the films do right, what they could improve, and what I can see in the films that could make them beloved by fans. It won't always been easy but we're going to try and look on the bright side of these films... except for The Incredible Hulk. That film doesn't deserve any hope.

Please note this isn't a review. If you are looking for a review of the film I'll direct you over to:

What Iron Man 2 Gets Right

Whatever else we can say about the film it's hard to argue with the MCU's presentation of Tony Stark. As embodied by Robert Downey, Jr. Tony Stark is a fully-realized character that just works the second he shows up on screen. His intro really is great, flying in from a plane overhead, dropping down into the Stark Expo as AC/DC plays. I may not be a fan of AC/DC but it works for Tony. He has the "Iron Dancers" behind him as the suit comes off revealing Tony underneath. It's just great. 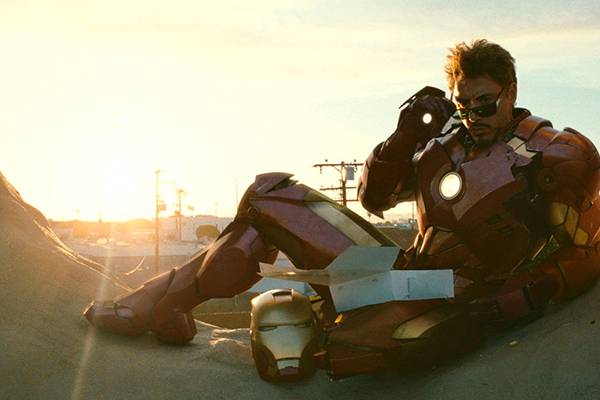 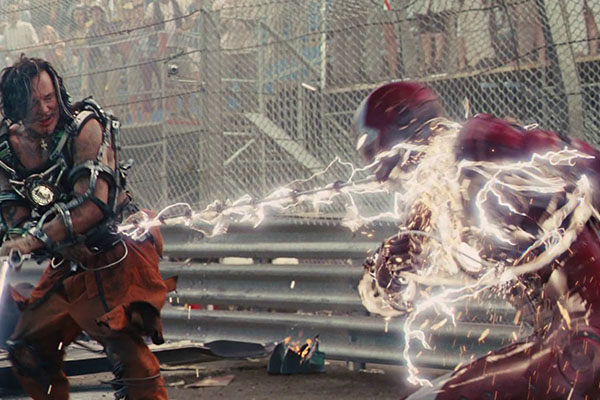 Bringing Don Cheadle in as Tony's best friend, Rhodey, was also a fantastic choice. The role originated with Terrance Howard but, due to off-screen difficulties and a pay dispute, the role was recast. While the film does go out of it's way to force Cheadle into the role -- "It's me, I'm here, get used to it," right when he comes on-screen -- the actor brings a better presence as Colonel James Rhodes than Howard ever did. He has gravitas, a dramatic edge that makes him feel like a proper military man. But he also has much easier chemistry with Downey, Jr. and you actually believe they're best friends (and not just a liaison tasked with hanging out with Stark).

And whatever else the film gets wrong about Black Widow (ogling her a bit too much in her early scenes), it's hard to argue with the character one she's allowed to unleash and start kicking ass. She only gets to play a proper SHIELD assassin for a single scene -- the attack on Whiplash's lair -- but that one scene absolutely showed the potential of Scarlett Johansson's performance and where the character could go from here. Certainly she gets a better chance to show off than Hawkeye did in Thor.

The plot is... well, less iffy, but even here there are bright points. I like the setup of a villain to take on Tony Stark, toe-to-toe, one who is as smart as him and understand the tech (Iron Monger in the first film was not that man). While it is a little strange to have two films where Iron Man basically fights a darker version of himself (Iron Monger before, Whiplash and Justin Hammer here), the threat of someone with Tony's tech still holds; this is a concept that could lead to a strong villain and it's clear, from the outset, why Tony has to stop his evil self.

What's more interesting, though, is contrasting that with the evil within Tony. During the film we see that he's slowly dying from Polonium poisoning as the core in his chest also kills him. This leads him down some dark paths (or, really, mildly shadowed), so what it ends up feeling like is there is an external shadow to Iron Man -- Hammer and Whiplash -- but also an inner shadow. I like the idea behind that even if, in execution, it doesn't quite pay off as well as I would have liked.

What Could Have Worked in Iron Man 2

So while I like the ideas of the villains it is fair to say that in execution they fail to live up. Whether the villain is Tony himself, or Justin Hammer, or Ivan "Whiplash" Vanko, the film needed to put a bit more effort into this side of things. Tony going dark never really feels that dark, mostly because he's dying and he's just trying to enjoy himself a little before he goes. His darkness reminds me of Superman III as he's more petty prankster that actual bad guy. It's not a bad idea for the character but it's never bad enough that you feel like Tony actually learns anything from his shadowy self after. 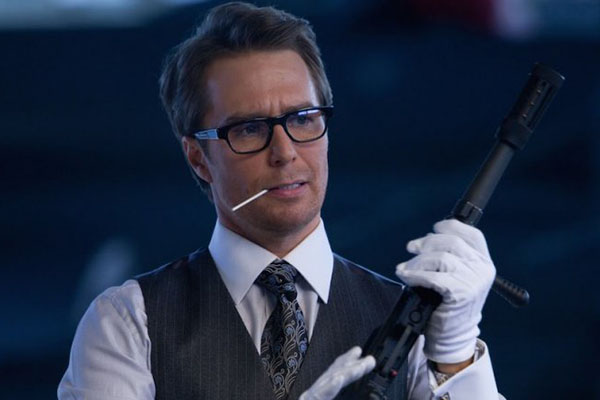 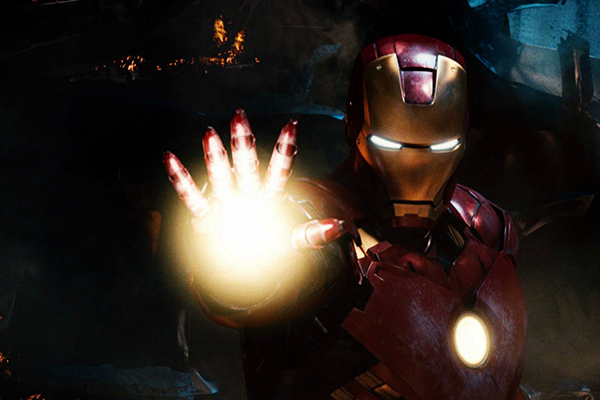 Meanwhile, Whiplash and Justin Hammer each need more work to be strong villains. Ivan Vanko, honestly, needed a different actor in the role. Although I've seen Mickey Rourke in some stuff where he was good (The Wrestler, for instance), his mush-mouthed delivery hobbles the character. he never seems invested in Whiplash, never seems like he's having fun being the villain. This was clearly a paycheck film for Rourke and he doesn't invest. He not only drags himself down but also Justin Hammer.

Hammer, as played by Sam Rockwell, is an absolute card. This is an actor that was having a ball playing the bad guy. All the charisma Rourke lacked was here in Rockwell's performance. The problem with Hammer is that he's an empty shirt. This is by design for the film as the movie goes out of its way, time and again, to make him the butt of jokes and show how bad his Stark-like tech really was. Hammer needed to be more of an equal to Stark, someone that could take him on as an equal, not some sad little kid always nipping at the bigger kid's heels.

For me I think it would be better if we had two major changes. One, Tony needs to really go off the deep end, proving why everyone else doesn't trust him with the Iron Man suits. He needs to hit bottom hard enough that it really feels like he turns a corner when he rebuilds himself. And then Hammer (or Whiplash, but not both) should have been the villain. I vote for Hammer, having him figure out the Stark tech on his own (maybe looting it from the body of Vanko when that criminal is defeated early on) and then uses it to make a version of the suit that actually works. He could rise as Iron Man falls, and then, eventually, he could go too far and Tony has to step back in to save the day. That's a better arc for both characters and turns Hammer into a proper heavy (without any need for Rourke and his nonsense).

And then, of course, maybe just a little less ogling of Black Widow. In general, though, there's a core here for this film that could work and, in fact, almost does work. It's just not quite there, not enough for the film to truly fly (like Iron Man). I did find myself enjoying Iron Man 2 this time around, and I think I like it a little better each time I go back to it, but it is a flawed film. It just gets enough right to be worth watching every once in a while (which is still better than The Incredible Hulk).