The idea of a Black Widow movie is something that fans have been batting around for years now. Ever since she came into her own in 2012's The Avengers fans have been demanding a movie for the super-spy, and though Black WidowNatalia Romanova was one one of the greatest and most effective Russian spies, a deadly killer who could blend in anywhere. Then she was turned and became one of SHIELD's most effective, and trusted, agents. has appeared as a main character in many other films -- Captain America: The Winter Soldier, Captain America: Civil War, all the other AvengersMarvel's answer to DC's Justice League, this team features many of Marvel's biggest superheroes working together to protect the world and avenge its evils. films -- that's not really the same as Natasha getting her own movie. While not all the Avengers have gotten their own films in the MCU (or, well... Hawkeye hasn't), this still seemed like a glaring hole in the lineup (especially since no one likes Hawkeye). 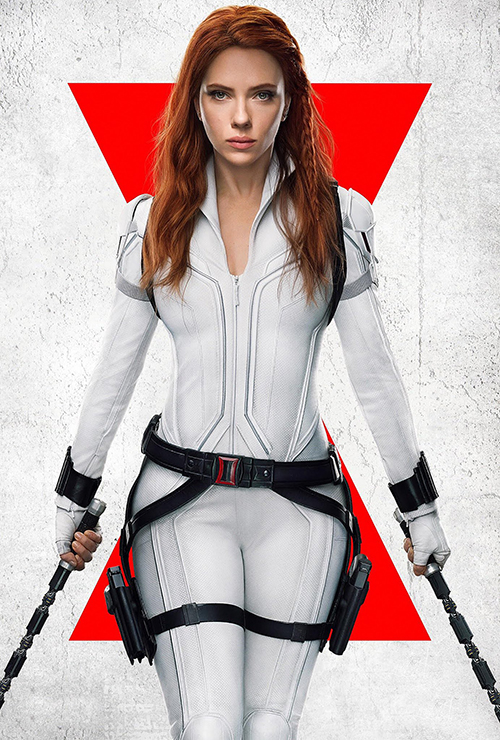 Well, Natasha finally got her own film and all it took was her dying first to make it happen. To actually give Nat her own film they either had to (a) bring her back from the dead (which it doesn't seem like the Marvel Cinematic UniverseWhen it first began in 2008 with a little film called Iron Man no one suspected the empire that would follow. Superhero movies in the past, especially those not featuring either Batman or Superman, were usually terrible. And yet, Iron Man would lead to a long series of successful films, launching the most successful cinema brand in history: the Marvel Cinematic Universe. is going to do, for reasons we'll get to in a bit) or they had to set it as a prequel, and that's just what they did. Set between the events of Captain America: Civil War and the later Avengers: Infinity War, this film is a solid midquel for the cinematic universe, a story set well before Black Widow's death which creates its own issues: how can a prequel like this have relevance when we already know the (ultimate) fate of the lead character? Can it really have any weight considering we know Nat survives this film (and then dies elsewhere)?

If there's a big flaw with the film it's that it doesn't really come up with a solid answer to that question. Make no mistake, this is a rip-roaring film that does give Natasha the exact film she deserved (if maybe not the one we'd all been dreaming of), and it introduces a host of characters that could carry on the Black Widow name into the future. But as far as a film that justifies it's own prequel setup, this film feels a little lacking. You never can shake the feeling like you know how it all has to end, largely because the film can't affect anything in the rest of the MCU Phase III as all of that is done already. Instead anything it sets up has to be a long-game. Nothing here can directly influences Natasha's story; instead we have to care about the tangential characters, which weirdly makes Natasha less important to her own film. Had this movie actually come out between Captain America III and Avengers III it would have been a much stronger picture.

The film is setup to basically be "of-a-piece" with the films its meant to blend into (and, ignoring the post-credit scene, it does actually fit neatly into that timeline). We pick up with Natasha (Scarlett Johansson) after the events of Civil War, on the run from the government for her actions aiding and abetting Captain AmericaCreated by Simon and Kirby in 1941, Captain America was a super soldier created to fight Germany and the evil HYDRA. Then he was lost in the ice, only to be found and reborn decades later as the great symbol of the USA. and his best pal, Bucky Barnes. This leads her into Eastern Europe where she plans to live off the grid, away from everyone while the heat dies down. Unfortunately her plans goes down in a fiery explosion after her sort-of-sister, Yelena (Florence Pugh), sends her a package containing a massively important McGuffin -- a cure for mind control, in vial form. Nat doesn't realize the package she's carrying around, she just chucks it in the back of her Jeep. But then a new villain, Taskmaster, comes calling, and this warrior easily bests Nat, taking the package. Except, Nat, being .at, had already taken the contents of the package before jumping off a bridge, only to disappear once again.

Without any other clue what to do, .at heads to the safe house Yelena frequents in hopes of getting answers. This then leads to an awkward "family" reunion as the two "sisters" end up having to find the rest of their "family" -- fake father Alexei Shostakov / Red Guardian (David Harbour), Russia's attempt at a super soldier, and Melina Vostokoff (Rachel Weisz), scientific head of the original Black Widow program. This reunion leads to the shocking realization that the Black Widow program -- which .at thought she'd shut down when she defected to SHIELD and killed the leader of the group, Dreykov (Ray Winstone) -- is still very much up and running. She'll have to work with her faux-family to free the other Black Widows and bring the "Red Room" program down, once and for all. 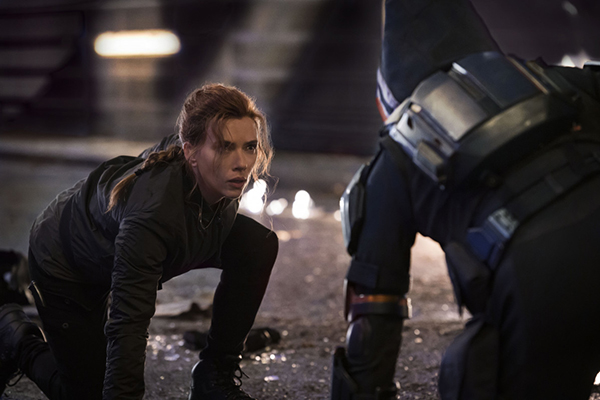 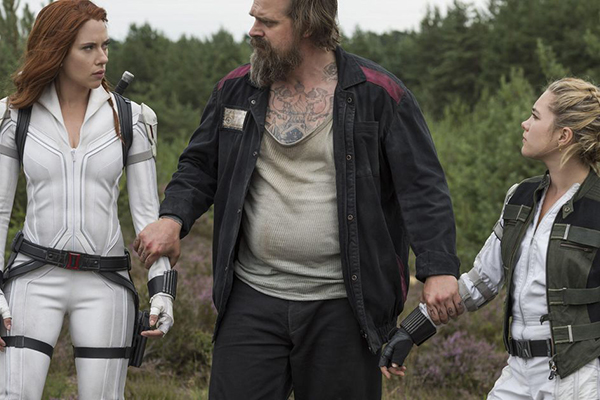 I will admit that when I thought about a Black Widow film, I expected something more akin to a James BondThe world's most famous secret agent, James Bond has starred not only in dozens of books but also one of the most famous, and certainly the longest running, film franchises of all time. film, just with Natasha in the lead role. You know, set her up on some international mission, leading her to infiltrate an organization, find whatever it is they're trying to steal or do, bring it down from the inside, and have a big fight with the evil villain, all while she macks on some "Widow Guy" (or "Widow Gal", we're not here to judge) in proper "Bond Girl" style. I didn't except a family road trip with Natasha's old family, nor a mission that was quite so personal to her back story.

Hell, I didn't expect Natasha to have back story. Part of her allure was that she just appears out of the mists, a person who can be anyone and is willing to do anything. (As Nick Fury put it in The Winter Soldier, "I didn't want you to do anything you weren't comfortable with. Natasha is comfortable with everything.") So while elements of what I did expect made it into the final film -- a McGuffin, an evil terrorist, a big, bombastic ending -- this feels more like an MCU superhero film than the kind of deep-cover international spy missions you'd expect for our super-secret agent.

It's interesting because it is clear that the producers thought about how to slot Black Widow into the James Bond and Jason Bourne canon. We have secret agents, the other Widows, trained, broken, and mind controlled to work for a shadowy agency that works outside the law. It's all set in Eastern European locations, with cool music thumping as out heroines fight their way through one set piece after another. It's a film that really wants to be like any of those low-to-the-ground secret agent films... and then the super-heroics come in to play.

The film feels very weird, tonally, as it battles between the needs of its secret agent shtick and the super-heroics people expect from the Marvel brand. Sometimes it works -- the end set piece feels like something taken from an Iron ManBillionare Tony Stark has a secret: while he travels the world by day as a playboy philanthropist and head of Stark Industries, he combats the evils of the world as the armored Iron Man. or Avengers film, and it's very cool and very tense -- but other times you're not quite sure just what the film is going for. Does it want to be bombastic or does it want to be a film about cool secret agents doing covert work. It tries to have it both ways and doesn't quite nail either. 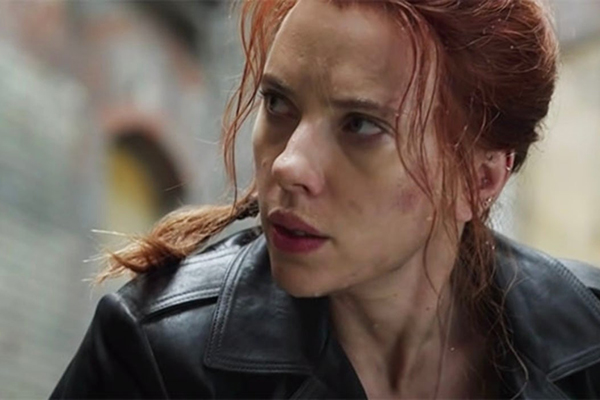 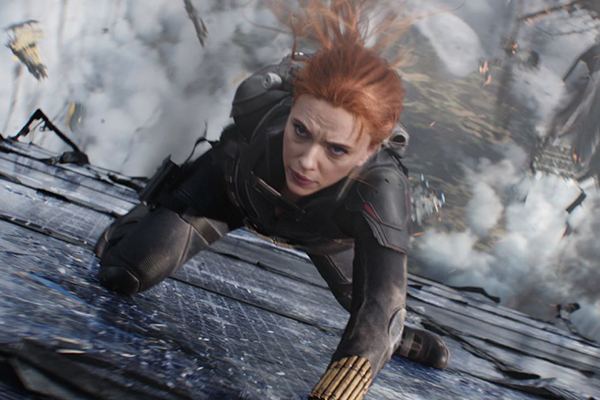 Part of it is a muddled story that drags out the basic confrontation as our lead heroine makes dumb assumptions time and again. .at has proven to be one of the smartest of the Avengers, capable of getting answers out of villains without them even realizing it while making complex deductions, that prove right, based on relevant information. And yet, the whole concept of the film hinges on her not realizing that an organization that she was a part of, the Red Room, still exists despite that being something you think she would have kept an eye out for. Worse, a major villain from her past, that she thought was dead, is still alive and she also somehow managed to miss that, too. Even when told all about it she still refuses to believe it. This isn't the .at we know.

I'm also not totally sold on her fake family or how important it really would have been to her. Considering we never hear a peep about this family through three Phases of the MCU at all, that seems a tad off. Sure, she's a private person and doesn't divulge much information, but this film has to do the job of setting up this family and making them important enough to .at, especially Yelena, that she would seek them out again 21 years later; it doesn't quite manage that feat, leaving the family members (aside from Yelena) feeling too shallow to really care about.

Make no mistake, the film does a great job of setting up Yelena as a proper replacement for Natasha. She's a smart and sarcastic character and the two actresses have great chemistry together. She's also tougher than .at, in her own ways, with an edge that sets her apart from her "sister". I legitimately wish she could have been in the other films of this series -- her and Natasha fighting on the world of the Mind Stone, each trying to sacrifice themself for the other would have been so much better than the same scene with .at and Hawkeye. I assume she's taking over the Black Widow name , and Yelena is absolutely the right character for this. She's the best this in this film.

But all of that comes back to the fact that as far as Black Widow film is concerned, the least interesting part is our original Black Widow herself. She's not betrayed by this film (aside from it occasionally having to twist itself around to justify a storyline she should have already know about) but she's also not truly essential to this adventure either. It's a decent entry in the MCU canon, fun and action-packed with a great character just off from the central lead. As far as the Black Widow film we wanted, the movie to give Natasha her proper due, this 27th entry in the MCU canon just misses the mark.