For All Time, Always

It's hard to know what to expect from an Marvel Cinematic UniverseWhen it first began in 2008 with a little film called Iron Man no one suspected the empire that would follow. Superhero movies in the past, especially those not featuring either Batman or Superman, were usually terrible. And yet, Iron Man would lead to a long series of successful films, launching the most successful cinema brand in history: the Marvel Cinematic Universe. show at this point. Hell, the larger expectation of what the MCU id doing right now needs to be firmed up. Some of their media, from Falcon and Winter Soldier to Black Widow feels very staid and expected, a maintaining of the status quo from the previous Phases of the series but without the sense of direction that Thanos and the Infinity Stones gave the shared universe. These products show a universe struggling to figure out just what comes next now that the biggest bad the universe had is gone. 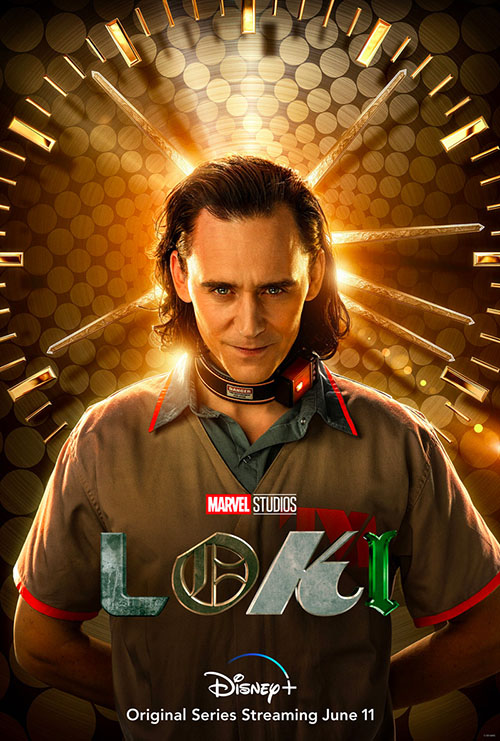 But then, staggered into the releases of this "normal" productions are some really weird shows. WandaVision, Loki, and the upcoming What If?. It seems like for every normal show or movie Marvel is making they're also putting out something just a little more off-kilter, a little stranger. It's not really a direction for the series as a whole but it does mean that we get some rather delightful larks in the process. Whether that's enough to carry the MCU forward from here without, otherwise, a sense of direction remains to be seen.

This first season of Loki takes place after the mid-movie events of Avengers: Endgame (which itself, during this sequence, took place during the events of 2012's The Avengers). The Loki there (played by Tom Hiddleston, of course) that escaped Avengers tower with the Tesseract ends up thrown out of his portal into the middle of the desert, whereupon, before he can subjugate the locals, he's picked up by the Time Variance Authority. The TVA patrol the timeline and look for "variances" and Loki escaping the Battle of New York with a cube that is, in effect, an Infinity Stone is a pretty big variance.

Traditionally a Variant (like this Loki) is taken before the time council, tried for their crime of "existing", and deleted. However, one time analyst, Mobius M. Mobius (Owen Wilson) has a different idea. He wants to use this Loki to help track someone even more nefarious, a villain hunting TVA agents and stealing their tech for their own needs. This villain: another Loki, and Mobius thinks you can use a Loki to catch a Loki. It's an interesting idea, but there's only one catch: can you really trust Loki to be anyone other than a villainous Loki?

From the outset this show had an interesting dilemma: the Loki we know, who had been a constant part of the ThorBorn to one day by the king of Asgard, Thor is the god of thunder. His power is divine but can be tapped into by whoever wields his hammer, granting them the powers (and title) of Thor. and AvengersMarvel's answer to DC's Justice League, this team features many of Marvel's biggest superheroes working together to protect the world and avenge its evils. films, growing from slimy villain to fun anti-hero, died in the third Avengers film. The one we had to play with was, by design, a version of the character that hadn't gone through all that character growth, was still on his path to redemption. How do you get this character to a point where we can associate him with the heroic (well, heroic-ish) character we'd come to know and love in the films. The solution of the series was to take the first episode and establish two things: one, giving the viewers a crash course in just what the world of the TVA is and what the do, and two, giving Loki himself a crash course in what his other version had done and how far he could go to redeem himself. This lets Loki-Variant quickly learn some of the lessons from that Loki-Prime's life and take them to heart. He's not the same character but he saw what the other Loki saw and can at least use it as motivation. This lets him be closer to the character we liked which helps slot this film neatly into the continuity of the films.

The other interesting thing the series does is that it establishes that variant Lokis are quite common. They're almost an obnoxious plague on the timeline, like cockroaches that just wont go away. Squash a Loki from one variant timeline and two more show up, splitting off in other directions, each out there in search of their own "glorious purpose." While anyone could have a variant, it feels like Loki naturally lends himself to always trying to break off the set path, to look for his own free will because that's just who he is. He hates doing what's expected of him so, generally, he doesn't bother.

It also means that, for a long stretch of the series we get to have a Loki chasing after another Loki, each of them playing hero and villain as they circle each other. The smart thing the show does here is that it doesn't just have Tom Hiddleston play every character on the show. Instead it establishes a variant known as Sylvie (Sophia Di Martino) who was, effectively, a sister of Thor that was never supposed to exist. This "Lady Loki" was removed from the timeline before our normal version of Loki was even born, and she's pissed. She has her own motivations, her own character, and while she's similar in style to the Loki we know, she's different enough that she can move in unexpected ways, can be a foil to our Loki without following the same rules. Plus it lets Tom Hiddleston interact with someone else as Loki talks to "Loki".

Really, there aren't any losers in the cast. Owen Wilson does great work as Mobius, giving us a character that really isn't all that different from any other character Owen Wilson plays, but in this particular instance that works really well. His cool, let it all slide off mentality acts as another foil to the constantly talking Loki, aggravating the anti-hero even as it forces him into common ground. Although less used in the series, we also have Gugu Mbatha-Raw as the judge, Revonna Renslayer, and Wunmi Mosaku as enforce agent Hunter B-15. These two are the only other TVA agents we actually get to know (although we see plenty of others) and while they're given more limited time on the show (it's a Loki show and the Lokis are front and center), they do get their characters nailed down, giving the TVA just the right bureaucratic menace needed for an organization such as this. Of course, it's the leads that we really have to single out there. Tom Hiddleston is, naturally, amazing as Loki. He's spent enough time in this character's shoes that he has the character down pat, but he never phones the performance in. Instead it seems like he's relishing being able to play the character free of having to be Thor's sidekick. He finds real gravitas as the God of Mischief but also gives the character charm and soul. What's amazing, and awesome, is that Sophia Di Martino does a great job playing against him. She doesn't have the same person, and thus she has a different kind of charm and chemistry, but it works really well in this context. Instead of being led around by Hiddleston she stands toe-to-toe with him, making Sylvie into an equal version of Loki.

What's most interesting about this show, though, is what it sets up for the MCU in the future. It's idea of variant timelines allows a show like the upcoming What If? to exist -- although we probably didn't need an explanation for how a show like that can exist, now we have it so that the upcoming series is tied into continuity which should make it more interesting and stronger than the old "single-issue stories that don't directly affect the main continuity" of the old "What If?" comics. And the show also sets up a new villain, one that could become the next threat on the level of Thanos. That's supposition right now, but it's a really bold move for Disney+ if the next major threat to the MCU comes first not in a movie but a TV series. Bold indeed.

All around Loki is a strong and assured show. Even more than WandaVision, Loki shows what the MCU is capable of if the franchise is allowed to throw its hair back and get weird. And the fact that it does all this while potentially setting up a lot of the universe to come is absolutely brilliant. This show pays off the potential for the MCU on Disney+, and the fact that we're already going to get a second season of the show (the first of these shows to have a second season announced) makes it even better. This is the first absolute must-watch of Phase IV and I love it.