So, About that Multiverse...

Although I spoiled a few things in the main review for Spider-man: No Way Home -- namely the actors that would appear in the movie, many of whom were spoiled already in the trailers -- there was a lot I left out for the sake of preserving some sense of sanctity. Let's throw all that out now, though, because we have a lot we need to go over. So what all happened, for real, in Spider-man: No Way Home. 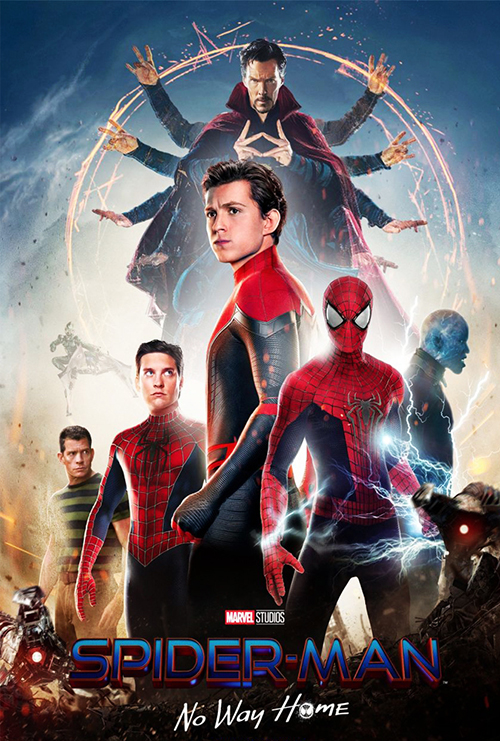 Well, as alluded to in my review, the movie works as a kind of sequel to all the Spider-man films that came before. Each of the three Spider-men -- Holland, Maguire, and Garfield -- get story arcs within the film. It honestly treats all three heroes right, in a way I didn't really expect. I mean, I should have since Sony's Spider-man: Into the Spider-Verse pulled off the same trick (without the benefit of a bunch of previous movies to set up the characters, no less), so naturally it made sense they could pull off the same feat here.

Maguire probably has the smallest arc of the trio if only because his Spidey was in the best place, emotionally, when his trilogy ended. He had M.J., he'd found the guys that had killed his Uncle Ben (again), and he'd defeated Green Goblin II, aka Harry Osborn, also getting some closure with his one-time best friend. For Maguire's Peter, then, the arc is about mentoring, showing his life as Spidey could continue on past one heartbreak or another. Plus he got to help Holland's Spidey avoid making a huge mistake, namely killing the Green Goblin after that villain killed Holland's Aunt May (we'll get to this). This shows a redemptive arc for him after he chased down the guy that killed Uncle Ben, and got that guy killed, all the way back in the first Spider-man.

While we're on the topic of Maguire's Spidey, there was a very fun little touch added in for his character. In Sam Raimi's films the director loved to do a set of shots -- cut, sound effect, single movement -- repeated a few times to show a progression of action. This was a technique he started back in The Evil Dead and it's remained a signature move of his throughout his movies. Well, when Maguire's Peter helps out in a science lab alongside the other Spideys, that same shot plus sound plus movement sequence is done here too. It's a little thing but it shows a loving level of care taken for each of the characters and their styles.

On to Garfield's Peter, he certainly had the most recovery to go through considering where his movies left off. In his last movie he'd lost the girl he loved, Gwen, and while he was working to move past that at the end of The Amazing Spider-man 2, he'd never really gotten his cathartic closure. He's still in that dark head space here in No Way Home, having pretty much given up on being Peter Parker so he can focus on Spider-man (and, in the process, avoid personal connections altogether). Except he finds friends to rely on among the Spideys and he even gets a redo of the moment where he lost Gwen, this time diving to save this film's M.J. (Zendaya) and actually catching her. The tears in his eyes at having saved the girl feel like the release that character needed all along. 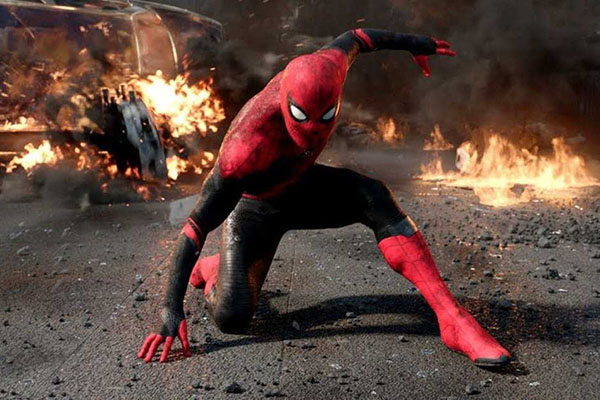 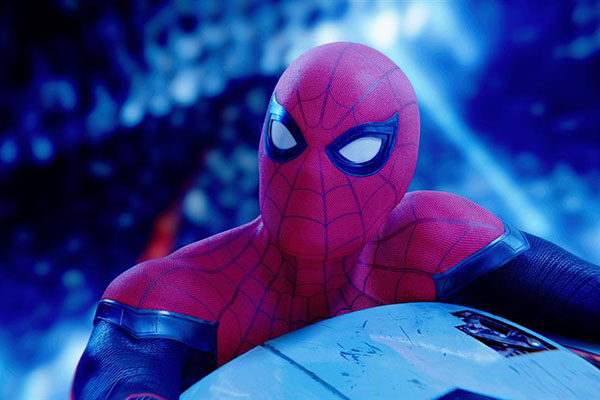 Holland, as the lead Spidey here, naturally gets the biggest arc of the trio. The events of the film are put into motion because of his actions, namely going to Doctor Strange to request some kind of magic to fix his life. Now, some of the blame does rest of Strange; he should have asked more questions from peter, made sure that magic was truly the last resort to help Peter with the whole "my identity has been revealed and now I can't even get into college" problem. And then, before actually casting the spell, Strange should have fully explained it to Peter and gotten all the clauses and qualifications nailed down first. The problems with the magic, really, are Strange's fault even if he blames Peter and Peter just takes it. One of the two of them is a sorcerer and it's not the high school kid asking relevant questions in the middle of the process.

Still, with the events of the movie in motion, Peter has to try and find a way to balance collecting all the super-villains so they can be sent home while trying to preserve the personal life he has. In the end he actually has to move in the opposite direction of Garfield's Peter; first, Aunt May dies (at the hands of the Green Goblin, right after giving the "with great power comes great responsibility" speech, a clear sign she was fated to die) which basically closes Peter off from his family entirely. Then, to fix thee magical spell he screwed up (well, or that Strange screwed up, truly) Peter then elects to have Strange cast a new spell, one that would make everyone in the world forget he exists.

Fans of the Spider-man comics will see shades of the "One More Day" arc where-in, to save Aunt May, Peter strikes a deal with Mephisto to wipe away his life with M.J. This causes a soft reboot of the Spider-man continuity. The same thing happens here, although arguably for far more heroic reasons (saving the entire multiverse is a pretty good reason for a soft-boot), and in the end Peter loses his entire life. No more friends, no more heroes that know who he is, nothing. He's on his own, back to being an unknown that has to rebuild his life.

I actually think this works really well for the future of the series. Holland's Peter was in a very different place from other Peters, especially the comic continuity version. Peter has always been the poor kid who has to scrimp and scrape to get by, working for someone he hates (J. Jonah Jameson) to pay the bills while struggling to keep his Spider-life and Peter-life both going simultaneously. The Holland Spider-man, though, never really was in that position. He had Stark tech backing him, he had a pretty well-off Aunt giving him support. He was in a very different place... until now. Here we can starts seeing stories from a more traditional perspective and that opens up real possibilities. 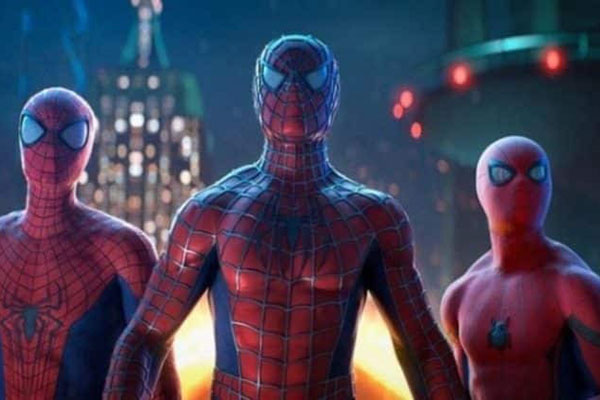 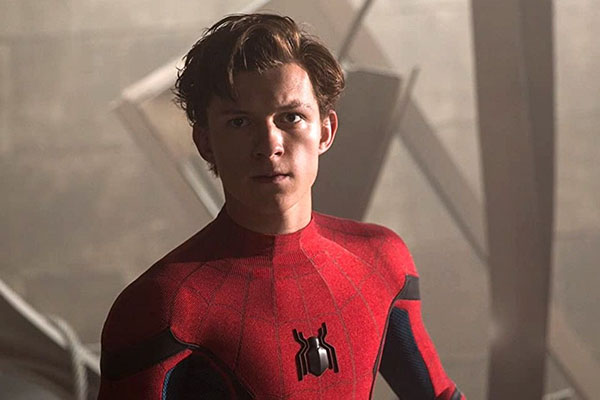 It also changes the dynamic of the films for Holland's Peter. The previous movies paired Peter up with Tony Stark and then Mysterio as fatherly guides. Doctor Strange kind of fits into that role as well in this film (to a lesser extent, arguably). Now, though, none of the heroes know Peter so there's no easy way to slot a guiding hand in his life. Instead, Peter will finally be on his own to do the superheroing his way. It'll be exciting to see this new direction for the hero and the stories he can have considering how different his life will be now.

Meanwhile, I am actually interested to see if any of the proposed other sequels -- the much delayed, and now rumored again, Spider-man 4 or maybe an Amazing Spider-man 3 -- actually happen. If they do, will they also have soft-booted continuity? Due to the events of this movie, we could see that the villains of all the previous films didn't actually die. That would alter the continuity of their films a lot and would spin things in very new directions, should those other movies come to pass. Like, I doubt we'd see more films from Maguire or Garfield's Spideys, but if we did there's certainly some things to address there.

On the topic of the villains, I really liked what they did with Doc Oc, letting him have a cure that restored the kindly scientist. They also cured Norma Osborn (at the end of the film) which was an interesting stroke to take. I certainly appreciated that for Electro they got rid of the awful blue-bodied version of him, and his redemption arc, while not as powerful, still hits home pretty well when he and Garfield Spidey just chat and make up with each other.

While those three villains do get solid arcs, I have to admit that Lizard and Sandman are left out in the cold a little. Lizard was already cured in his original film so this movie just goes through the motions of doing it again (it even calls itself out on that). Meanwhile, Sandman barely acts like a villain here, largely because he was barely a villain in his original film. Their inclusion in this film was likely so that the total on-screen carnage could be raised. I guess we should be glad that the other two Green Goblins (James Franco and Dane DeHaan) and the crappy Venom (Topher Grace) weren't thrown in here as well. Small favors, I guess. 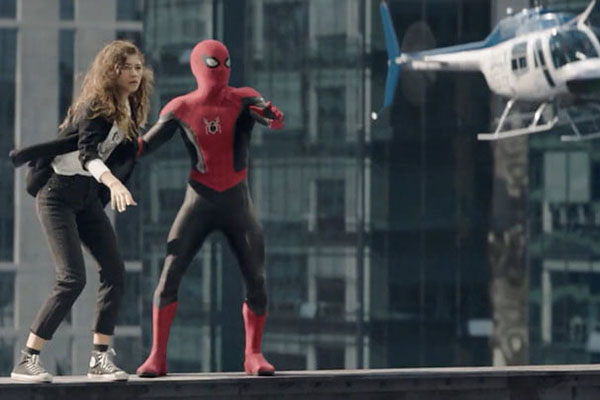 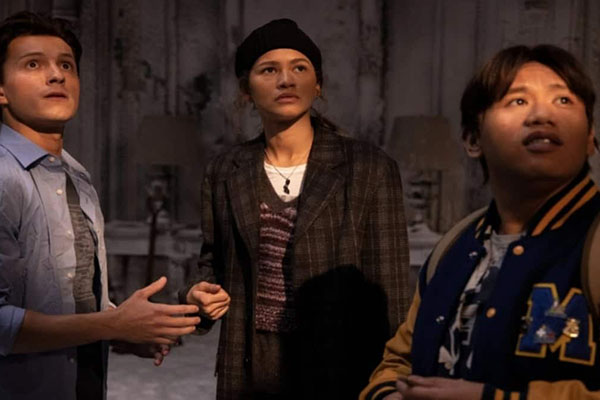 Overall, though, I do think this was a really solid movie. It's a near-perfect celebration of all things Spider-man. While it doesn't work in elements of every single film in Sony's mega-franchise (only a reference to a "Black Spider-man" without an actual appearance of Miles Morales, for example) it does the best it can to lovingly celebrate everything from the last 20 years of Spider-media. And the fact that it does its best to redeem so much of the failed Sony movies says so much about the care and effort put into this film. It's truly impressive.

Now we just get to wait and see what Marvel and Sony have planned next for the Web-head. Tom Holland is all but locked down at this point so I'm sure we're going to see another trilogy with his character. The money Spidey makes is too good for the studios to pass up.