Spider-man Loves Gwen Stacy (Or Doesn't... No, Wait, He Does)

At this point I have no watched The Amazing Spider-man 2 three times, and, frankly, I'm frustrated with the film. I'm not frustrated with it just because it's bad (but it is, it really is) but also because it so easily could have been good. There's a great film lurking with this movie it's just buried deep under a layer of crap that never should have made it into the film. 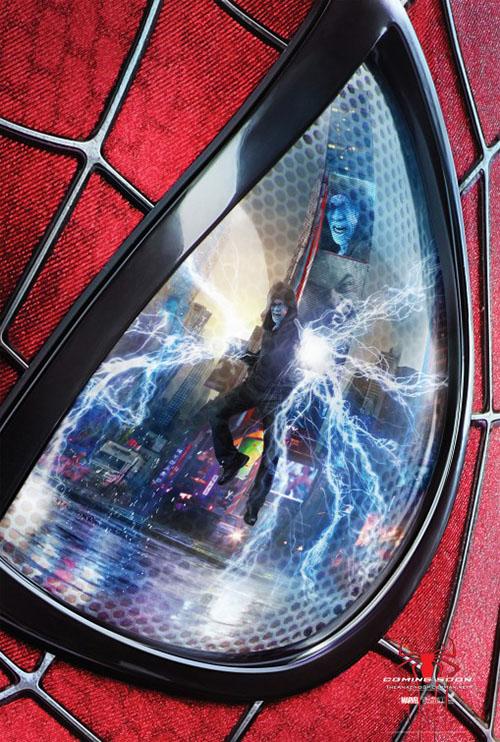 We pick up with Peter Parker (Andrew Garfield) and Gwen Stacy (Emma Stone) on their graduation day. High school, that is (despite the fact that both look way too old to still be in high school, with Garfield especially looking like a haggard 30 year old in this film, which he was). The two are together despite Peter's promise to Gwen's dad (at the end of the first Amazing Spidey) to stay away from Gwen to keep her safe. This decision weighs on Pete and, eventually, they break up. Except Peter can't really let go, and neither can Gwen, so they dance around each other again and again while the whole crazy world spins off. And the world has gotten crazy, what with a new villain, Electro (aka Max Dillon, played by Jamie Foxx), on the scene.

And then there's Harry Osborn (Dane DeHaan), Peter's childhood friend who's back in New York after a long time away. Like his father, Norman, Harry has a genetic disorder that is slowly killing him. What he needs to save himself is the genetic serum Peter's father was working on (you know, that macguffin introduced in the last film) or, barring that, Spider-man's blood (since Harry puts it together rather easily that Spider-man was bitten by a genetically enhanced Oscorp spider). When Spider-man refuses to hand over his blood, Harry goes off the rails and teams up with Electro. This... well, this doesn't go well for anyone in the end.

To put it mildly, The Amazing Spider-man 2 is a mess of a film. There are two clear and distinct halves to the production. One side focuses on the love story between Peter and Gwen (and his life at home with Aunt May, played by Sally field). This slice-of-life romance stands in sharp contrast to the other half of the film, the goofy superheroics of Spider-man and his growing list of villains. The love story is great (if a little sloppily stitched in to the movie) while the superheroics are... well, not.

It's not just that superheroics aren't well directed, although that is certainly the case. The villains themselves feel like they're from a completely different movie altogether, like the production staff were all huge fans of Batman & Robin and somehow felt, "yeah, this is what our movie needs." Electro is perhaps one of the dumbest villains ever committed to celluloid, a misbegotten CGI monstrosity backed by an equally misbegotten performance from Jaimie Foxx. I know this man won an Oscar, and I'm glad he did it before this movie came out because I don't think another one is going to happen any time soon for him based on Electro. 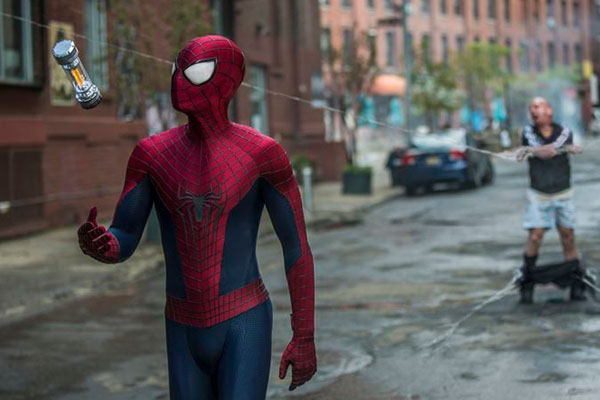 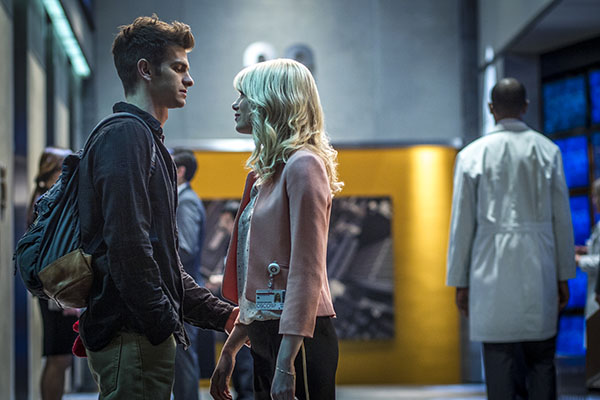 Harry fares slightly better, at least in his initial scenes. Embroiled in business drama, and then hanging out with his friend Peter, Harry feels like a real person. The problem is that once Harry's affliction comes in, all clearly as motivation to turn him into the Green Goblin, his characterization goes right off the deep end. A nuanced performance from DeHaan becomes a scenery-chewing lesson in "too much". And that's before he gains superpowers (and a flying glider) and suddenly becomes a caricature of himself. What makes it worse is that Green Goblin isn't really even in the movie to be the villain, as Electro takes up most of that screen time. No, he's here to do one very bad, very stupid thing and the disappear so he can setup the next film (and a bunch of planned spin-offs). He has no story once he becomes the Green Goblin, and we stop caring about him because of it.

And really, the issue is that the movie doesn't really care about the villains. For the plotting of the film, the villains are simply a means to an end. Sure, Electro sucks and I don't think any amount of work could have saved the performance Foxx gave for that role (or the the terrible CGI monster they turned him into). But maybe if the film had given the character more time (and a different actor) Electro might have turned out better. The same goes for Harry Osborn -- say what you will about James Franco's performance (and I did, repeatedly), but at least the films he was in treated Harry like a real person. AS2, though, gets bored with Harry almost as soon as he's introduced. DeHaan does what he can to turn in a nuanced performance, but he's hobbled from the get-go.

What the movie wants to focus on, and it does to great effect, is the love story between Peter and Gwen. Clearly this is the part of the story the director really wanted to film since so much of the movie is devoted to it. I know not everyone is a fan of Mark Webb's previous films, like (500) Days of Summer, but I do like that particular film (flaws and all), and I think it shows the kinds of stories Webb likes to tell. Namely, complicated love stories between leads with solid chemistry. Garfield and Stone act the crap out of the material they've given and Webb expertly directs their scenes. The Spider-man stuff... less so. In short, what Webb really was making was a Spider-man Loves Mary Jane-style film, but due to one of those two characters being who they are -- Gwen Stacy -- there's a serious roadblock to their happy ending.

Anyone that reads comics already knows what I'm talking about, and it's a plot point that has existed for decades now so I don't feel bad spoiling this (still, spoilers for a four-year-old movie), but Gwen Stacy dies at the end of The Amazing Spider-man 2 and I'm not sure really why. I mean, yes, she dies in the comics via similar means (Green Goblin throws her to her death and Spidey is unable to save her in both cases), but the simple fact is that, in this movie, killing the character doesn't make any narrative sense. Sure, the movie has been hinting at her death since, honestly, the first film, but that doesn't mean it was necessary. 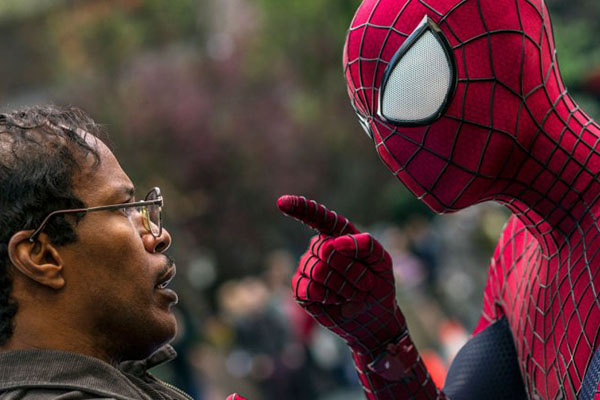 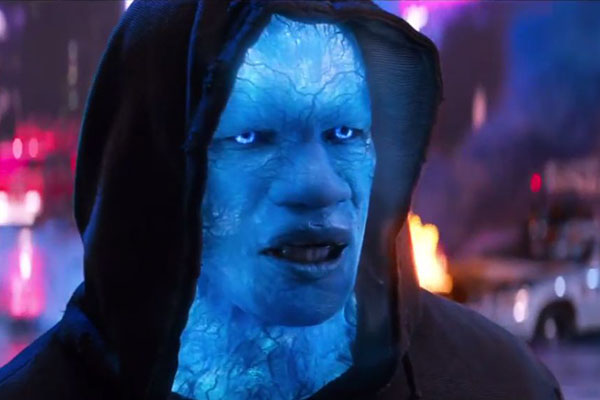 What does killing Gwen Stacy actually accomplish? She's not a motivating factor to him becoming a better hero (you know, like killing her and shoving her in a fridge), it doesn't tie a bow on anything for either of the characters (since she didn't mean to sacrifice herself). It's not as if there's another love interest waiting in the wings for Peter to think, "hey, Gwen died so maybe I shouldn't date this other rando." She dies here because she dies in the comics. That's really it.

It's even dumber when there's so much else crammed into the movie to setup other films. We get Green Goblin who's there not only to be a villain in a later Spider film, but also so he can establish the Sinister Six film Sony wanted to make. Felicia Hardy is crammed in as Harry's assistant, presumable so she could then prowl the night as as Black Cat. Would it really have been so hard to keep Gwen alive and then let her become Spider-Gwen down the road? If they wanted Mary Jane to eventually be in these movies, just let Peter and Gwen break up like they wanted to all movie, have Gwen go off to London like she planned, and then she can be a hero over there and Spidey can get the redhead. The way it's handled here, though, just sucks.

Of course, then this film bombed enough that the whole franchise died. No Sinister Six, no Black Cat, and no The Amazing Spider-man 3. Sony's plans for their own Spider-verse crumbled apart faster than Curt Connor's lizard arm in the first The Amazing Spider-man. Considering how poorly these heroes and villains were treated, I think we should be glad. it forced Sony to really think about their Spider films going forward and killed this awful continuity in the process.

Eventually Spider-man, and his connected universe, would come back. We first received the excellent Marvel Cinematic UniverseWhen it first began in 2008 with a little film called Iron Man no one suspected the empire that would follow. Superhero movies in the past, especially those not featuring either Batman or Superman, were usually terrible. And yet, Iron Man would lead to a long series of successful films, launching the most successful cinema brand in history: the Marvel Cinematic Universe.-connected Spider-man: Homecoming followed by the tolerably stupid Venom and the dimension-hopping upcoming Into the Spider-verse. If nothing else, Sony has learned how to segment their films so that one movie can't ruin the whole franchise. And it's all because of how terrible this movie, The Amazing Spider-man 2, really was.