Through the Multiverse and Back Again

Since it's first issue in 1977, the What If branding has allowed Marvel to explore a variety of off-shoot stories from its main continuity. These stories have traditionally taken a single moment in the continuity and looked at a an off-shoot, what if that scene or moment had gone differently. Examples were "What If Spider-man Had Joined the Fantastic Four?" or "What If Karen Page Had Lived?" This is some pretty deep-cut material but these were written to show off neat ideas and play to the throngs of Marvel fans that, honestly, had these same question. What would have happened if Bucky had lived? Well, that's what What If was for. 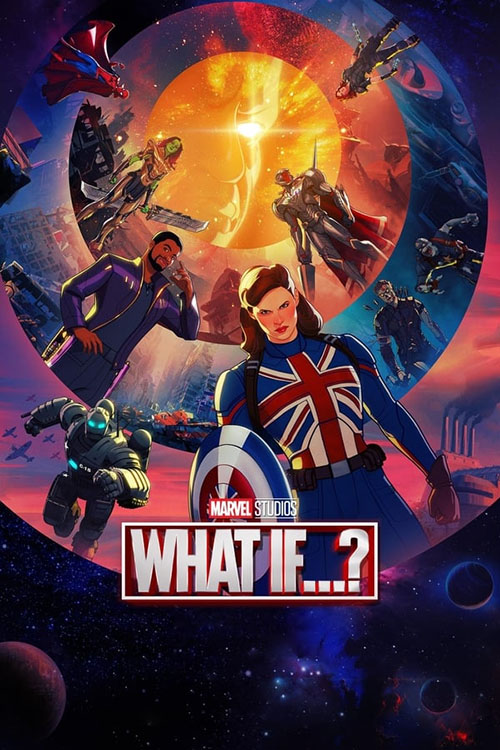 The amusing part of What If was that often these stories would end up influencing the main continuity. A What If issue that introduced Spider-girl May Parker presaged her becoming the "future" of the Marvel universe (whenever that officially happens). And even if the actual meat of the book didn't evolve into the main continuity (or, at the very least, received its own designation so that it existed as an official alternate reality) the threads of its ideas could worm their way in, such as with the title "What if Gwen Stacy Had Lived?" Which, well, a clone of her did (because comics).

With the Marvel Cinematic UniverseWhen it first began in 2008 with a little film called Iron Man no one suspected the empire that would follow. Superhero movies in the past, especially those not featuring either Batman or Superman, were usually terrible. And yet, Iron Man would lead to a long series of successful films, launching the most successful cinema brand in history: the Marvel Cinematic Universe. introducing the Multiverse (through Loki) the opportunity was there to explore a similar vein of weird, one-off ideas. The resulting Disney+ show, What If...?, focuses its tales (largely) on variants of the MCU characters, looking at key moments from the movies and seeing how they could have gone differently and what the result would have been for the universe. The results are generally bad for humanity in those universes -- nine times out of ten something bad happens in the form of Thanos -- but the stories are generally quite affecting, at least in the moment.

The series starts off with a really great first story: "What If... Captain Carter Were the First Avenger?" This story gives fans basically everything they wanted: more of Haley Atwell's Peggy Carter. She was a character that always felt under used in the MCU because her first appearance in the franchise, Captain America: The First Avenger also marked the last major time she had any major influence on the series itself. Yes, she had to fantastic seasons of Agent Carter (S1 and S2) but those are of questionable continuity at best, and the rest of her time was marked by cameos and a lot of longing from Steve Rogers.

While I loved having Peggy back, now as the super soldier Captain Carter, this episode wasn't a complete winner. Peggy is great, and seeing her explore her new abilities and learn to become her own version of "the great ideal" is fantastic. But what the movies have shown us is that the super soldier serum affects each person based on their core ideas and values, and no one, not even Peggy, is as idealistic and altruistic as Steve. This isn't a knock against her, just observing that she should have taken the mantle in a different direction, should have been willing to do, or not do, things differently than Steve, and yet her episode more or less follows the original Captain America film beat for beat as if she were locked into the inevitable events of that movie. That's a bit of a drag and really doesn't explore the concept well enough. 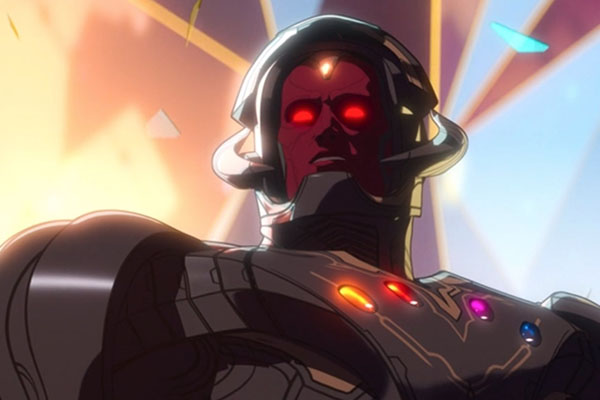 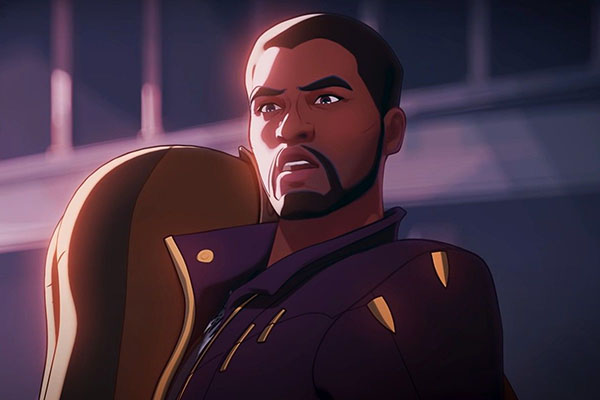 Exploration really starts with the second episode, "What If... T'Challa Became a Star-Lord?", which casts the would-be Black Panther into a different role, that of a Guardian of the Galaxy. Where Peggy was forced to go through the motions of a previous film, T'Challa gets to color way outside the lines, seeing all the things that Star-Lord would have done and reshaping them into a fun, friendly, highly comedic adventure. Without spoiling too much, you know things have gone off the rails when Thanos is (delightfully) introduced. This episode is really the perfect distillation of the potential for What If...? and it creates a satisfying episode playing in the pieces it's scattered from the MCU.

Of the nine episodes put out in this first season (a tenth was in development but, due to COVID restraints, had to be pushed to the next season), only one other one really manages to take the idea of What If...? and put it to good use: the fourth episode, "What If... Doctor Strange Lost His Heart Instead of His Hands?" In this story, Strange once again gets into a car accident, the pivotal moment that sends him down the path of becoming the Sorcerer Supreme, but instead of going through it all because his hands are mangled in the car accident, he does it to try to get back the passenger in his car: the love of his life, Christine. This sends him spirally, trying to find a way to reverse her death, to collect every bit of magic he can (no matter how dark) so he can reverse what is essentially a "fixed point" and save Christine. It ends tragically, but the resulting episode is quite affecting indeed.

The rest of the episodes, though, are a mixed bag. Some stories, such as Killmonger rescuing Tony Stark from the Ten Rings attack that kicks off Iron Man, or Thor being an only child, are certainly interesting (and in the case of Thor, fun), but they don't really have lasting hooks that make you interested in revisiting those episodes. Other stories, like the third episode which sees all the potential Avengers die before they can come together in The Avengers, or an episode that is basically "Marvel Zombies", are under-baked at best and don't even have enough time to tell a complete story within the confines of this series structure.

That's actually a big issue I had with many of the episodes: they end right when you're expecting to see a further climax or some next development that would actually conclude the story. Sure, a number of them then all tie together in the final episode of this season, a story that basically makes an "Avengers for the Multiverse", and that does tie up some loose ends, but it still leaves a lingering sense of, "why did I watch all this?" For many of the episodes you're left wondering what the point of it all was, especially when so many then have a "cut to Thanos" moment where the evil villain shows up with all the Infinity Stones and you're left with, "well, all those heroes are screwed." It makes sense in the context of the MCU -- as Thanos said, he is inevitable -- but it also would be nice for the show to find ways to tell us a complete story each week and not just a beginning leading to a solid, but incomplete, middle. 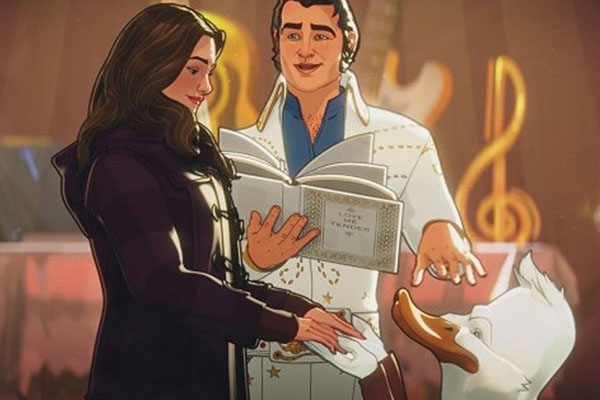 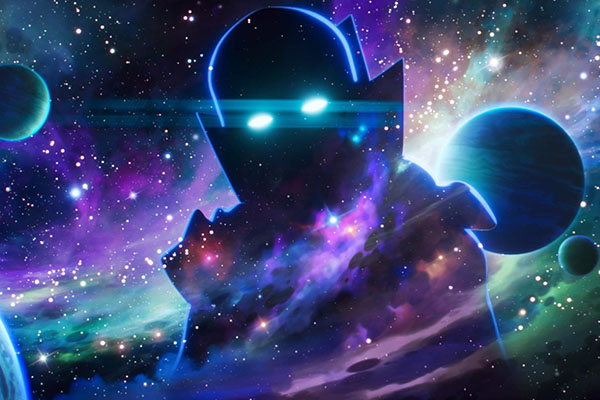 There is potential in What If...?, and, as I noted, some of the episodes are quite affecting. I am left wondering, though, if the anthology part of the series will actually hold. We've already had the series break its own rule, crossing over its heroes once, and there are apparently plans to let some of these characters, like Captain Carter and T'Challa Star-Lord, live on in further episodes (or even spin-off shows). Does that violate the idea of What If...? Will the show be as interesting if it eventually devolves into regular appearances from the same characters over and over again. Wouldn't it be better, at that point, to just remake this show into Exiles instead so the dimension-hopping with a core team actually made sense?

I guess it's good that I'm left wondering all this while still being cautiously hopeful for season two. The potential is there and many of the ideas are solid. I just hope that, in season two, the creators find a way to balance new ideas with complete stories so that each episode can feel like a satisfying whole.