When Do We Get To the Superheroics?

It's taken me a while to get around to discussing this second season of Cloak and Dagger. Yes, I have been busy with a number of projects and I've had to prioritized what articles I write for this site, so that hasn't helped matters. A large reason I haven't written about season two, though, is simply because after I finished watching it (weeks after the season finale aired) I forgot all about the show. It completely drifted from my brain and felt like it never existed at all. 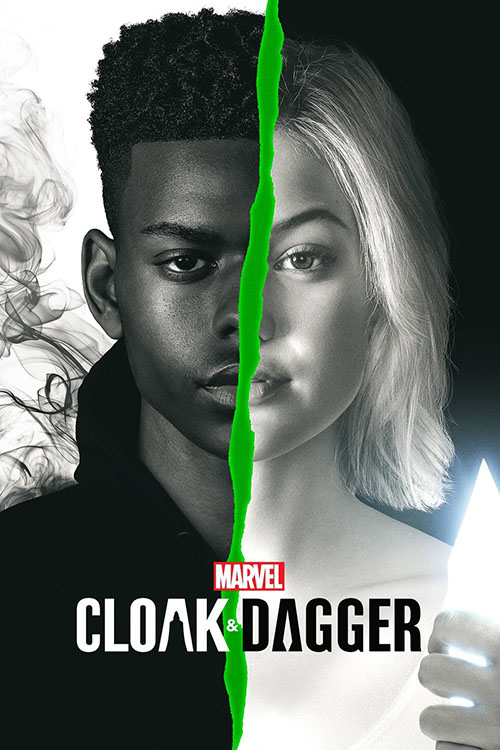 The entire season of the show is like that. I know I watched it, I can remember specific events, but on the whole the season had so little going on that it didn't stick in my brain at all. It was ten episodes of television that felt much longer than that and, at the same time, could easily have been condensed into six, or four, or even two. So little feels like it actually happened, leaving me empty afterwards. And this despite how much I enjoyed the first season.

When we pick up with our two heroes, Tandy Bowen (aka Dagger) and Tyrone Johnson (aka Cloak), the two have basically switched positions from where they were in first season. Tyrone is the one hiding out in the abandoned church, on the run from the police for the murder of a cop (which he didn't commit). Meanwhile Tandy is now living at home, happy with her moth as they both get therapy for the abuse they suffered from her dad. While the two work to try and find a way to clear Tyrone's name, though, a new threat moves its way into town. A number of local girls have gone missing, vanished from the city only to turn up, months later, dead (if they turn up at all). Who is causing it, and what's going on, provide the primary mystery of the season.

Also, Brigid O'Reilly, the one cop friendly to our two heroes, has suddenly turned violent. She had an incident at the end of last season and it's seemingly split her personality into two; one half Brigid, the other half Mayhem. The heroes will have to deal with Mayhem's threat to the peace of the city, plus another supernatural threat as well that will come later in the season, if they hope to restore some semblance of order to New Orleans.

From the sound of it there's a lot going on in this season. The problem is that watching it, episode to episode, very little actually happens. The two heroes run around dealing with Mayhem, and then that peters out. Then they start tracking the missing girls, but that leads to the heroes retreating. It's always one step forward, one step back, followed by a lot of talking and introspection. What we don't get is much in the way of superhero action. 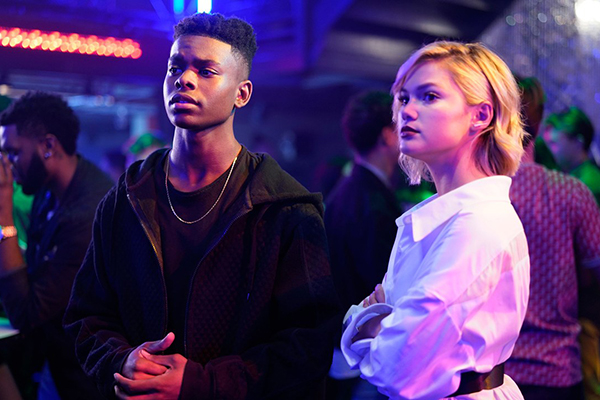 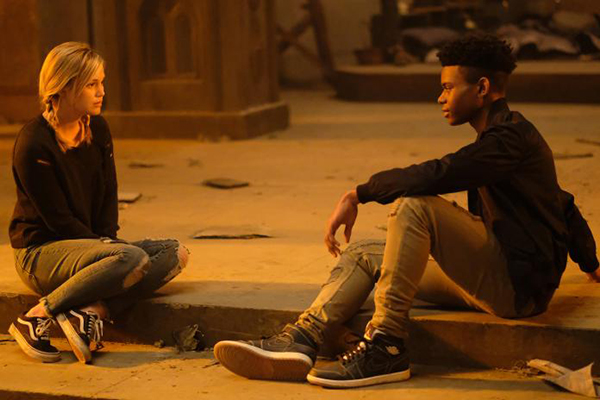 We do get to see the heroes use their powers regularly, but it's almost always because of some strange voodoo reason or another. The first season established that the heroes gained their powers do to a recurring voodoo spell cast upon the city. Every generation or so (as if they were Slayers) two heroes rise -- Cloak and Dagger -- to defend New Orleans. Our heroes spend a lot of time exploring the voodoo connection to their powers, which mostly involves them going into some weird side dimension and talking to themselves, and some voodoo gods, before going back out into the real world to try and figure out the next step of their plan. It's... tedious, really.

One of the worst things a superhero story can do is spend time explaining their heroes. The two gained their powers mysteriously, sure, but the series did a perfectly fine job of giving us an explanation for all they can do in the first season -- they're the chosen ones, case closed. Spending a lot of time this season having them re-explore their powers, learn new things they can do, and then spend more time on introspection about it just drags the show down. We already got that they had voodoo-based powers so did we need to spend so long exploring all that again this season? Just get us to the fighting and stop padding it all out needlessly.

But this season is really good at padding. Even the eventual villain of the piece, D'Spayre (a musician turned evil voodoo demigod), just feels like so much padding. We spend a lot of time learning about his public face, seeing him crop up here and there. The problem is that we never really gain a good sense about why he's a villain, why he makes his heel turn, or what truly motivates him. Sure, we get an explanation but we never really connect with the villain, not in a way that make us care. Basically, he turns evil because he has bad migraines, but that never stops feeling like a stupid motivator. It's not like he's bleeding from the face when it happens, or that he goes into fully body convulsions. Maybe he just needed a high dose of Excedrin, so taking the leap to pure evil feels like a gross overreaction.

I lay a lot of the blame for this at the feet of actor Brooklyn McLinn as his performance as D'Spayre never really connects with the character. He's constantly half-asleep in the role, bland and underwhelming at even the best of times. He doesn't have the charisma or gravitas to make the character a solid villain. I'm not saying it would have totally fixed the character if they'd cast someone with a little more spark to them but it certainly wouldn't have hurt. A Charismatic villain can go a long way towards fixing a bad storyline. 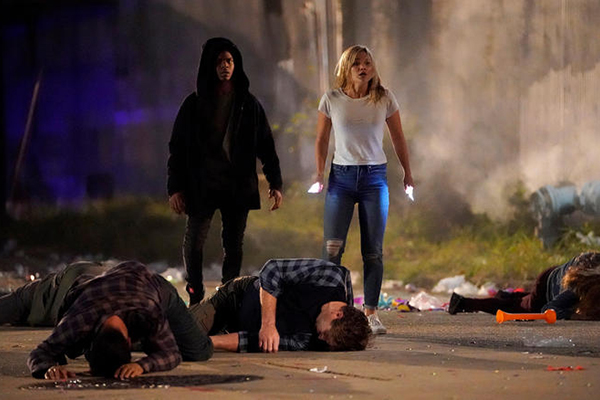 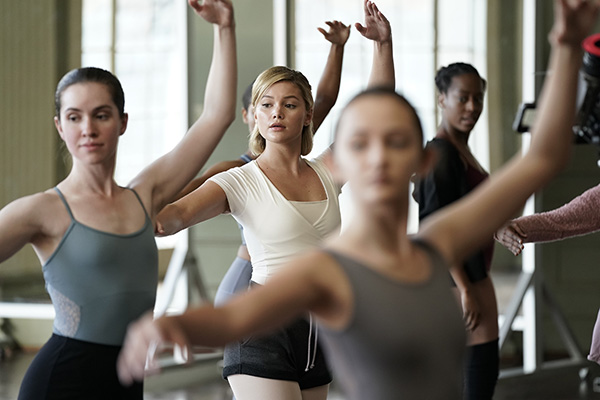 But at the end of the day what I keep coming back to is the thought that there just wasn't enough story to really fill the season. In theory with two villains we should have had an overabundance of story to burn through. Sadly, neither of them are really given enough plot to fill even five episodes each. Both of their storylines are muddled, tediously dragged out with multiple trips back to the voodoo realm for no real reason. If the show could have just trimmed things down by a few episodes and tightened everything up maybe the stories could have worked. At the very least we wouldn't have spent so much time treading water.

Really this is the exact same issue the various NetflixOriginally started as a disc-by-mail service, Netflix has grown to be one of the largest media companies in the world (and one of the most valued internet companies as well). With a constant slate of new internet streaming-based programming that updates all the time, Netflix has redefined what it means to watch TV and films (as well as how to do it). Marvel Cinematic UniverseWhen it first began in 2008 with a little film called Iron Man no one suspected the empire that would follow. Superhero movies in the past, especially those not featuring either Batman or Superman, were usually terrible. And yet, Iron Man would lead to a long series of successful films, launching the most successful cinema brand in history: the Marvel Cinematic Universe. shows would have: they'd come out of the gate strong (well, except for Iron Fist) before falling apart and losing their way in their second seasons. Cloak and Dagger isn't a Netflix property (it airs on Freeform, which used to be ABC Family), but it has all the same characteristics of the sophomore slump the streaming service's shows would suffer from. Maybe it's something inherent in these MCU adaptations? Perhaps every Marvel show that gets this far (other than Agents of SHIELD) will see the same fate.

I certainly hope that isn't the case. We're still waiting on word of about a third season and if it happens I do hope the show is able to turn things around and bring back the adventure and excitement to this show. Right now it was bad enough, boring and tedious in equal measure, that I might not even bother with the third season. And, really, if the show is canceled at this point it wouldn't surprise me at all.