Cue the No Doubt Track

Captain Marvel marks an interesting point for the Marvel Cinematic UniverseWhen it first began in 2008 with a little film called Iron Man no one suspected the empire that would follow. Superhero movies in the past, especially those not featuring either Batman or Superman, were usually terrible. And yet, Iron Man would lead to a long series of successful films, launching the most successful cinema brand in history: the Marvel Cinematic Universe.: she stands as the first female superhero to get her own movie in the MCU (a feat many of us feel should have happened years ago with Black Widow). In that regard she shares something in common with Black Panther in that she gets to stand as a figurehead for an entire movie-going demographics (whether fair or not). Her movie is going to be a beacon, for fans as well as the awful MRA types, and will be held to a different standard than other, male-driven superhero films. 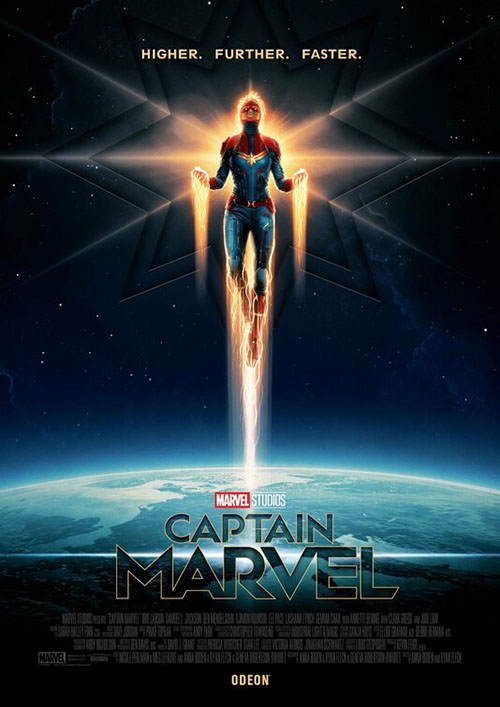 That puts a lot of weight on Captain Marvel. If a different female-driven superhero movie had come out in the MCU (or if this film had come out earlier in the whole cycle), the expectations for the movie would be different. But at this point we're 21 movies in and only now getting one starring a female in the lead role. Again, it's like Black Panther -- black audiences waiting a long time for a lead black superhero in the MCU and he became a beacon for their community, a hero to rally around. And, I would argue, in both cases the movies buckle under the weight of expectations.

I have noted in the past that Black Panther is not my favorite MCU film, not by a long shot. It's a fun movie, but it's hobbled by an unnecessary story (an origin for a character who already had his origin in a different movie) and a lead performance that lacks the necessary charisma to carry the role (sorry, Chadwick Boseman). Watching Captain Marvel I couldn't help but see the same parallels, the same flaws holding this movie back just like they held back Black Panther, as if the Marvel formula is starting to wear thin.

With Captain Marvel we have an origin story that's really not all that different or interesting than what's come before. Vers, as she's known on the Kree home-world (played by Brie Larson) is a Kree soldier, one of what she's calls "noble warrior heroes". They're the first line of defense for Kree territory, ever vigilant in their fight against the Skrulls, a race of shape-shifting aliens. Vers has been training to be one of these heroes for months, ever since she woke up on the Kree home-world with no memory of who she was. While on a mission (what we have to assume is her first official mission with the Kree), Vers is captured by the Skrulls and taken to their mothership. There they probe her mind, looking for secrets to a great and powerful weapon, the details of which are somehow locked away in her brain. Naturally, Vers wakes up during the process, fights her way out, and bails out from the ship.

Taking an escape pod, Vers crash-lands on the nearest planet which just so happens to be Earth, but Earth in the 1990s (as this is a prequel to just about everything in the MCU). There she encounters Nick Fury (Samuel L. Jackson), a SHIELD agent who is surprised to find out there really are aliens out in the world. The two then have to team up to find out all they can about the super-weapon and keep it out of the wrong hands, all while fending off Skrull invaders cloaking their way through Earth's populace. 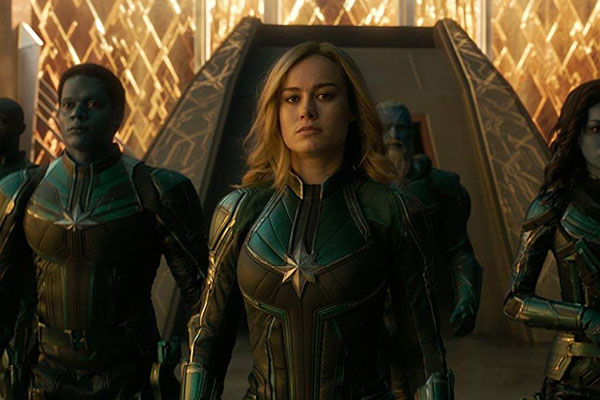 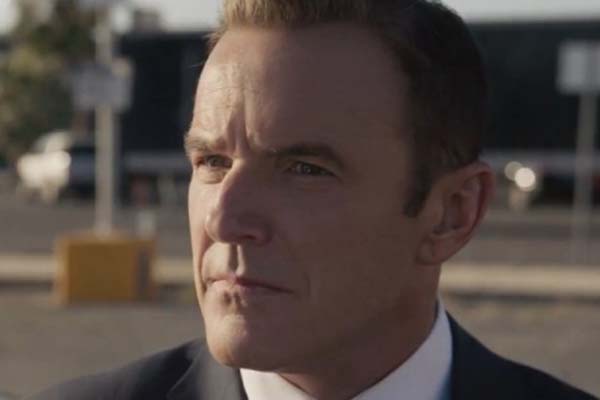 The best strengths of Captain Marvel are all the characters around Vers (ne Karen Danvers, one-time pilot in the U.S. Air Force before being taken in by the Kree). Sammy J. is, of course, great in his role, but then he's been playing Nick Fury, off and on, for years now; this was a role written specifically for him that he wears like a second skin. A returning Phil Coulson (Clark Gregg), is naturally great as well (but of course he is), and it's always nice to have Coulson back, for any reason. Newcomers also shine, such as Lashana Lynch as Maria Rambeau, Danver's best friend and wing-woman. Lynch gives a warm, funny performance that shines just as brightly as Jackson, with whom she shares a few late-movie scene. Even the primary "antagonist", Talos (Ben Medelsohn), is great, giving a very funny performance, helping to lighten up the back-half of the film.

All of these great characters help to elevate the movie all around the margins. But at the center stands a void: Captain Marvel herself. Brie Larson is a great actress, one I've seen act the hell out of plenty of roles (she steals her brief scenes in Scott Pilgrim vs. the World, for example). Something about this role doesn't seem to click; whether its the writing or the way she was directed to act, something is missing. Certainly, the Captain isn't a very deep character, a shallow, cocksure hero who already has her gifts by the time the movie starts. In that regard she's like Thor, and her movie shares a certain amount of structure with that film. It's an expansive space opera that very quick strands the lead on Earth and forces them to find themselves among the common man.

Of course, the difference there is that Chris Hemsworth bleeds charisma even when he's standing still. He's one of those actors that could read the dictionary and somehow make it the most compelling thing you've ever heard. Larson is great, mind you, but at least in this movie she doesn't convey that same level of charisma. Without that spark, that vivacious vitality (which Hemsworth has in spades), Larson's Captain isn't able to get over her cocky attitude. She's like Tom Cruise's Maverick from Top Gun, and neither of them are characters I really enjoy.

Without the strong lead at the center to paper over the basics of a Marvel Origin Story (TM), the flaws show much more strongly. The Kree, for instance, are clearly the bad guys no matter what Captain Marvel might say in the first act of the film. Mind you, we've already seen that the Kree are villains since two of them Kree characters features here, Lee Pace's Ronan the Accuser and Djimon Hounsou's Korath, were the bad guys in Guardians of the Galaxy. They're reused here as a way to tip us off about the Kree's true intentions early, but that only serves to deflate the big heel-turn that comes later in the movie. A different film would have used its time to show how the kree went off the rails and out heroine was forced to turn her back on her team for the good of the universe, but that's a much more complicated movie than Marvel wants to tell in an origin film (or maybe even at all). 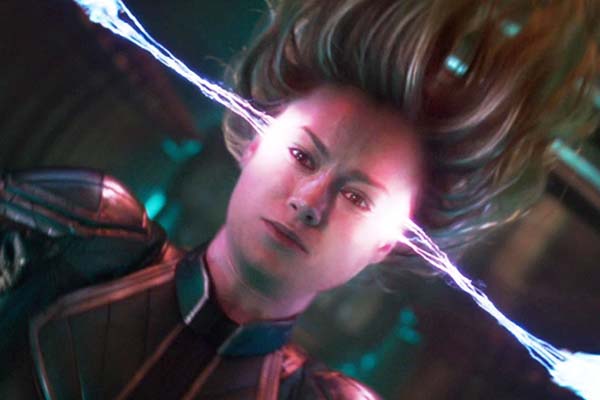 In many ways Captain Marvel is a much less complicated movie than it should be. Instead of giving us a layered, deep exploration of the character and the various factions pulling at her from all sides, the film goes for a very basic, very linear story. She plunges to Earth, searches around for the weapon, finds it, and then destroys the bad guys wanting to claim it. There's very little doubt as to her intentions, or her actions. Heck, she doesn't even have any weaknesses conveyed in this movie, so once she rises up against the Kree, the rest of the film is a foregone conclusion. Right when the linear movie should soar it stumbles, giving it's heroine so much power the villains become an afterthought.

Sure, some of my issue with the movie comes from expectations set by the trailers. The movie was advertised as a kind of time-hopping exploration of the character as she tried to get her memories in some kind of liner fashion. That film would have been epic, not only a shake-up of the Marvel formula but a way to give the heroine some kind of weakness -- how can she trust herself when she's not even sure what events are happening in what order around her. I knew going in the film probably wouldn't have been anywhere near that twisty because Marvel doesn't really like making challenging movies, just fun ones. I just wish a little more of the arty spark shown in the trailers managed to make it into the movie.

Certainly I enjoyed Captain Marvel for what it was, I just wish the film would have tried to be something more than a fairly basic, linear and formulaic superhero film. Marvel already has a ton of those movies in its catalog, it certainly didn't need one more. And that leads me back to the issue I alluded to at the start of this article: if the film had come out a few years ago I probably would have enjoyed it more. If the Captain could have been introduced in Phase I (or early Phase II) back when the MCU, a basic superhero story would have still seemed interesting. Now, though, we're getting a film that, for whatever reason, wants to play exactly like a male-lead superhero film, just swapping in a woman into the role. She's the same kind of cocky guy, just without the testosterone in her veins, and we've already seen that before.

The thing is that we already have have a female-lead superhero film, and it didn't come from Marvel. The DC Extended UniverseStarted as DC Comics' answer to the MCU, the early films in the franchise stumbled out of the gates, often mired in grim-dark storytelling and the rushed need to get this franchise started. Eventually, though, the films began to even out, becoming better as they went along. Still, this franchise has a long way to go before it's true completion for Marvel's universe. already gave us Wonder Woman and she managed to debut without being just another superhero film. She was a woman that was a hero, not a superhero who just happened to be a woman, and the energy of the movie was very different for it. Even if that film stumbled in the last act (and it really did), it still soared higher than Captain Marvel. It dared to be more than just a basic superhero film, to its credit. 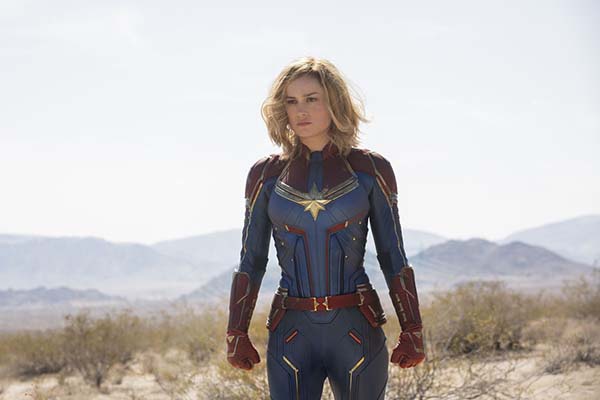 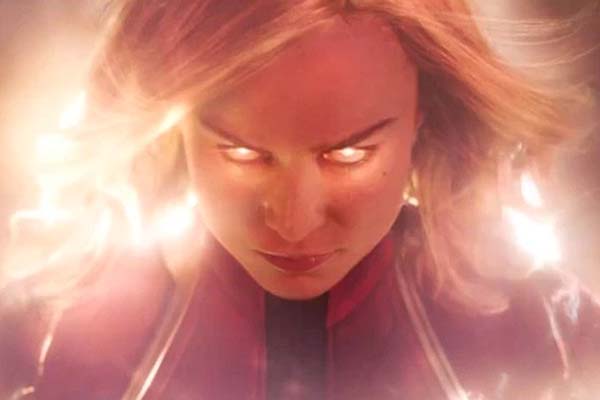 I don't think Captain Marvel is a bad character, and I certainly don't think her movie was bad. It was decent, but at this point the MCU has to be more than just decent. It's been running long enough that the film really need to pull together something special if they're to reach, and achieve, the high bar already set by previous entries. Anything less just feels like an also-ran for the brand.

Sure, Captain Marvel is going to make a ton of money. The MCU brand carries a certain cachet and people will flock to it no matter what. Plus, it is the MCU's first female-driven film so, in the same regard that Black Panther brought it's demographic out in droves so too will the Captain. But a year or two from now I fully expect Captain Marvel to be a footnote for the MCU, a film that lead to other events in the series but one that isn't talked about much on it's own.