And So The War Begins

I've mentioned a few times in the past that I'm a big fan of this film. At the time of this film's release the whole Marvel Cinematic UniverseWhen it first began in 2008 with a little film called Iron Man no one suspected the empire that would follow. Superhero movies in the past, especially those not featuring either Batman or Superman, were usually terrible. And yet, Iron Man would lead to a long series of successful films, launching the most successful cinema brand in history: the Marvel Cinematic Universe. was still a bit dodgy. Sure, the films got off to a great start with Iron Man, but then The Incredible Hulk and Iron Man 2 put a double-damper on the proceedings. Thor was a bit of a wet blanket, not terrible but not great, and while Captain America was certainly better it didn't set the box office on fire. 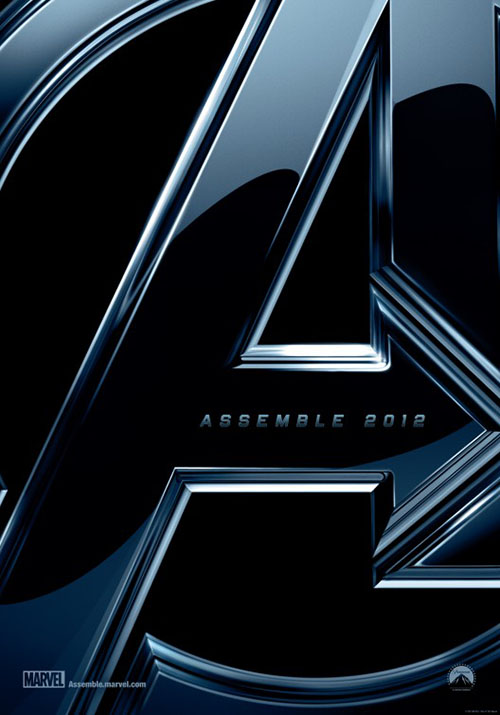 And yet, all the various pieces that had been setup in films of varying quality came together beautifully in The Avengers. Much of that is because Marvel was willing to put the work in to build their crossover film properly, but we also have to acknowledge the man behind the camera that really brought it all together: Joss Wheddon. A movie that easily could have been an unwieldy mess instead hums along wonderfully, building to a grand crescendo, showing that Marvel wasn't stupid at all when they suggested a shared universe of superhero stories.

When discussing the first Avengers film now, in 2018, I feel we have to acknowledge that this whole enterprise wouldn't have worked if Marvel had rushed it, tried to cram all their superheroes into a single movie without setting them all up properly in separate movies. Of course, we have had several attempts to create cinematic universe gold from other studios since the successful release of The Avengers, and almost all of them have rushed out the "universe" part of the films, trying to build their shared continuity before people had even gotten to know the characters. A project like this can't be rushed, and yet so many pretenders to the throne see the money being made by Marvel and assume "oh, it's because people like these big crossover events. Let's just make one of those now!"

Arguably the studio that had failed the hardest, despite being one group that should be able to take Marvel on at their own game, is DC. In response to the success of the MCU, DC launched their own cinematic universe, the DC Extended Universe. Unlike Marvel, though, DC really wanted to get to the good stuff right away. They pushed out a Superman movie, 2013's Man of Steel, followed by a semi-crossover with Batman v Superman: Dawn of Justice, before leaping right in to a villain team-up film, Suicide Squad (with a host of villains we hadn't seen on the big screen before, so... why?), and then the full-on Justice League, with only one solo film scattered along.

Admittedly the issues with the DCEU aren't just that it was rushed from the beginning but also that it had a poor vision (as masterminded by Zack Snyder, a discussion we'll have in greater detail when I get around to reviewing all the DCEU films), but there's something to be said for taking your time in setting up a project like this. Sure, Superman and Batman are well known so maybe they don't need as much setup, but the other heroes in JL (Wondie, Flash, Aquaman, and Cyborg) aren't as popular so maybe some more time should have been spent getting everyone up to speed on this characters. And, arguably, most of DC's characters are B-list superheroes (with A-list Supes and Bats in the lead). Marvel's MCU cast are C-list at best, the dregs of the back-catalog that Marvel couldn't see to anyone else back in the day. 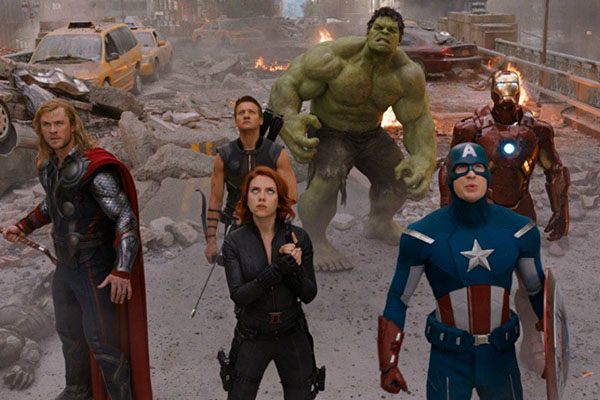 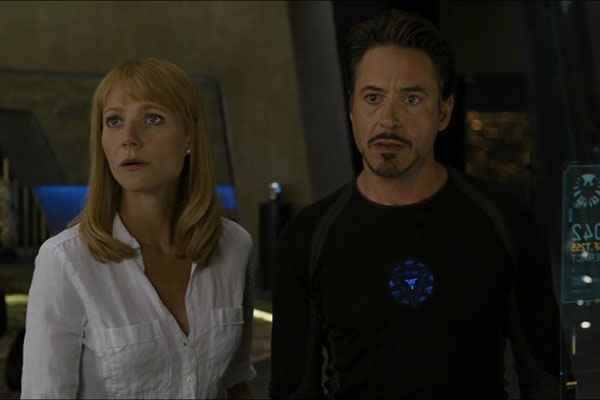 And yet, now when we discuss superheroes there's no doubt that Iron Man is the most famous hero on the planet. Marvel has taken their C-list hero and made him bigger than Superman or Batman. Credit is due to Robert Downey, Jr., yes, but the build up for The Avengers, the time spent making him popular, getting everyone to know all the other players in the movie (including returning villain, Loki), and bringing them all together organically, that's what the MCU did so well.

You can see some of that dynamic at the beginning of The Avengers, following each of the heroes for their own, short sequence as we're re-introduced to them again. This serves double-duty in at least one case as, for this film, the Bruce Banner / The Hulk is recast, with Mark Ruffalo assuming the role from Edward Norton. Ruffalo does a much better job with her hero than Norton did, but these early scenes -- from Black Widow (Scarlet Johanson) doing a reverse-interrogation, to Captain America (Chris Evans) still reeling from his culture shock, to Tony Stark (Downey, Jr.) being Tony Stark -- all remind us of what we liked about these characters, as well as move the plot forward.

Arguably, the big story of the film is the weakest part of the movie. In short, Loki (thought lost at the end of Thor) is somehow back, transporting himself in the big SHIELD facility so he can steal the Tesseract, the macguffin of plot convenience. With this device, and the help of a few SHIELD agents he brain washes (including Hawkeye, played again by Jeremy Renner), Loki intends to build a portal to another world so he can bring in an army of Chitauri warriors he's been given (by Thanos, as we eventually learn) so he can take over the world (and pass the Tesseract off to Thanos for reasons not explained in this film). With Loki in possession of this powerful device, it's up to the Avengers (Cap, Tony, Thor, Black Widow, and Banner, along with an eventually-rescued Hawkeye) to figure out his exact plan and then, eventually, work to stop him. It's a basic "villain attempts to rule the world" plot line, which we've seen a ton of before this film and after.

But while the basics of the plot may not be all that memorable (I challenge anyone to explain why Loki lets himself be captured and taken to the SHIELD helicarrier; what does he actually accomplish?) the film works so well because of the character dynamics. All of the leads are vastly more comfortable in their roles here than they seemed in their first appearances, and they're better able to play up the chemistry between the heroes, making an engaging group you want to hang out with even when they're just sitting around a table or working in a lab. There are really only four big action pieces in the whole film (which clocks in over two-hours in length), but you'd be hard-pressed to notice since you're having so much fun with the characters. 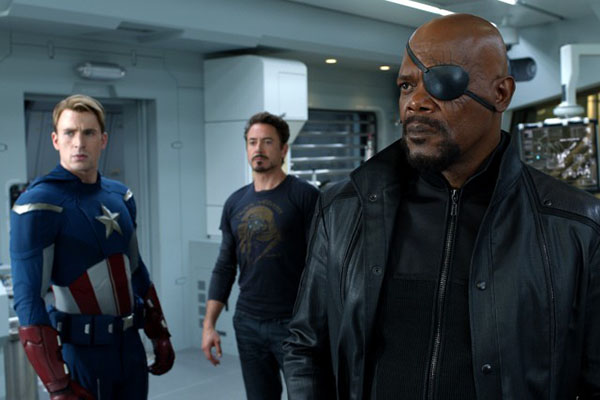 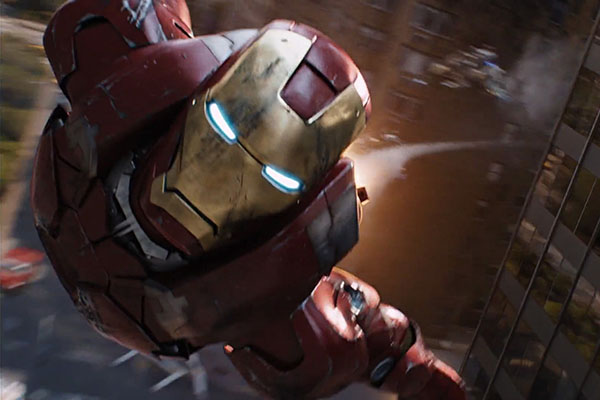 And, yes, much of that credit is due to the script, and direction, of Joss Wheddon. I know people have issues with the writer/director now with the stories of his infidelity and general old-man creepiness that have come out, and I'm not trying to downplay any of that. It's hard to go back and watch some of his works and not see his weird, lurid eye and bad attempts at "feminism" in Buffy and Firefly. The Avengers, though, is largely free of his weird, lurid eye (a couple of cleavage shots of Black Window notwithstanding). If anything, Black Widow gets many of the best moments in the movie, with Wheddon focusing on her (as he tends to do with all his female characters), giving her a number of great moments and fleshing out a fairly one-note character into one of the best stars of the MCU. Whatever his motivations might have been personally, it's hard for the viewer to argue with the results.

So much of the film shows Wheddon's deft skill with large, amiable ensembles. You can see his influence in all the quieter, lighter moments on the film. Any time the characters get to take a moment, breathe, and chat, it feels like segments that could have come out of any of Wheddon's works, and these are the moments that work best in the film. Sure, the action is good but certainly not great. There's an over-reliance on spectacle for it's own sake in the big final battle (which, to its credit, does go on for a good twenty minutes, so it's at least not a rushed affair), and while the battle is fun to watch, it's not memorable. Not in the same way as Tony and Banner bro-ing out in their lab, or Thor's quiet conversation with Agent Coulson about "bilgesnipe".

I'd say it's weird that the movie works best when it slows down and enjoys the characters -- this is a superhero action movie, after all -- and yet this is something I don't think many of the other shared-universe attempts are willing to do. You look at Batman v. Superman and, really, how many quiet moments do the characters there get to have where they can just relax? What about Justice League? The moments in that film I liked best were the amusing ones, like the interplay between Bruce and Barry Allen when they first meet, or the sequences of all the heroes chatting and working in the Batcave. Of course, Wheddon clearly wrote those scenes, too, as he jumped over from Marvel to work on DC films. Sometimes a superhero movie needs to be willing to let the heroes be people, to just enjoy them for who they are.

The Avengers is a big, flash, climactic finish to the first "Phase" of the MCU. It's the the cap to a well constructed, well thought-out cinematic universe that was willing to put in the work ahead of time, let us learn these characters so we could enjoy spending a big movie with all of them. And then, wisely, it let's us have plenty of time just hanging out with these heroes. The Avengers is a winner because it knows what we want and then gives us all we can enjoy.