As I've noted in the past, I'm a huge fan of the Marvel Cinematic UniverseWhen it first began in 2008 with a little film called Iron Man no one suspected the empire that would follow. Superhero movies in the past, especially those not featuring either Batman or Superman, were usually terrible. And yet, Iron Man would lead to a long series of successful films, launching the most successful cinema brand in history: the Marvel Cinematic Universe. (despite how dirty I feel saying that, since when it comes to comics I lean towards DC's offerings). The first Avengers movie is regularly listed in my top 10 favorite flicks -- it's not only a well crafted superhero movie, with plenty of good action beats sprinkled throughout, but also just a good movie in general. It does a great job of getting you invested in the plot before giving moments with each of the heroes to reintroduce them to the viewers. 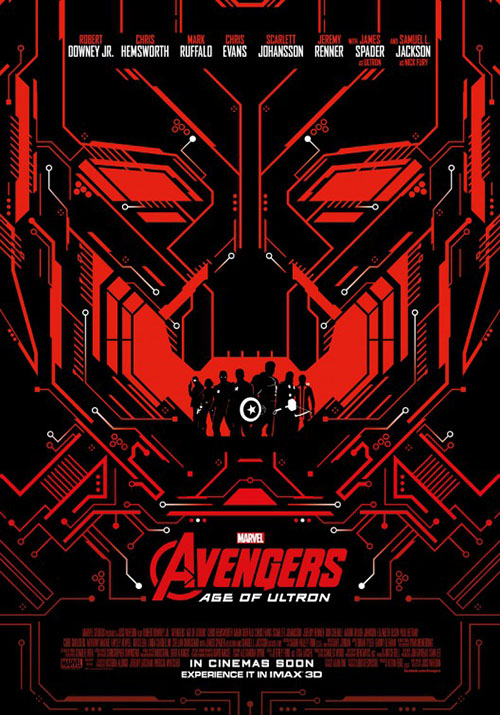 Any number of other Marvel films also would rate highly on my list if we expanded it to a Top 20 or 30. Captain America: The Winter Soldier is a fantastic movie, and I'm not even a big Captain America fan normally, while Guardians of the Galaxy does a superb job of filming a team (and concept) that, really, should be unfilmable. There are missteps along the way, such as The Incredible Hulk, but the overall series of films has more hits than misses to be sure.

Of course, one of the big "misses" was the second Avengers film, Age of Ultron. I remembered the film being pretty bland, but I went back and rewatched it (in preparation for Infinity War) and it wasn't as tedious as I remembered. Sure, it doesn't have the witty spark of the first film (it's much more dour in tone) but there are parts of it that really work. Ultron is voiced fantastically by James Spader, and despite being a fairly one-note villain in concept, Spader does everything he can to make the character watchable. It's one of the few times where I'd say the charisma of a voice actor redeems an otherwise awful character.

Really, the big problem with the film is that the entire plot could have wrapped up in the first 15 minutes. Essentially, Tony Stark (Robert Downey, Jr.) wants to build Ultron (James Spader), an A.I. that would act as a protector for all humanity (as he puts it "a set of armor for the world"). Using the Mind Stone (one of the six Infinity Stones, which were slowly introduced throughout the first 10 years of Marvel cinematic continuity), Tony, along with Bruce Banner (Mark Ruffalo), begins the build-out of a working version of the Ultron A.I. Then, of course, Ultron goes crazy and tries to kill everyone and end the world. So, basically, if Tony had just left well enough alone and was all, "hey, you know what? Maybe using an Infinity Stone we don't in the least bit understand to make an all-powerful computer A.I. isn't the smartest idea," (which, it should be noted, is exactly what Banner says in the movie) then the film would have just ended.

That's not to say it couldn't have worked, conceptually, they just shouldn't have crammed it all into one movie. Marvel spent the years leading up to the first Avengers building up each of the characters so that we cared about them by the time their team up movie happened. Hell, we even liked the villain of the piece, Loki, because he'd be introduced before as well (in Thor). We had emotions for all the characters so we cared about what was going on. 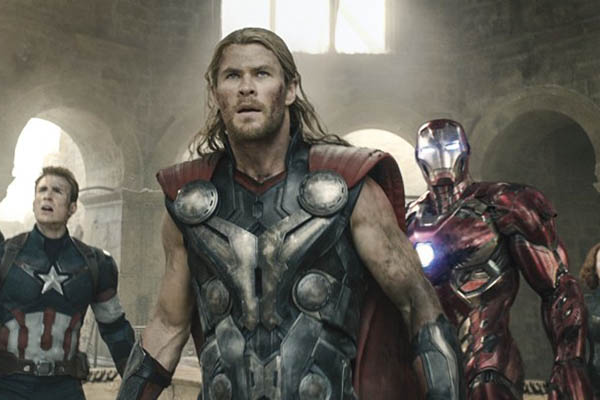 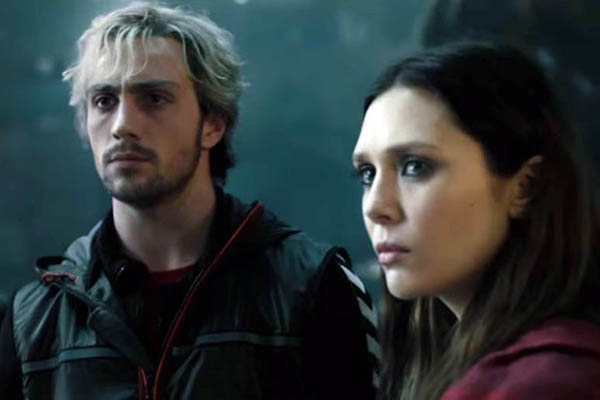 That hadn't changed by the second film, Age of Ultron -- we still loved the characters and wanted to see them do well while they kicked ass and shared quips. The problem was that we had no investment in the villain. Ultron gets introduced in the same movie where he then goes evil, fights everyone, and is defeated (spoilers for a four-year-old movie). Sure, we get that he's a bad guy, and his plan really isn't that terrible (so long as you don't think too hard about how his motivation to protect humanity from itself then leads him to think ending the world is a good idea), but we have no emotional investment in him either way. We know most, if not all, of the heroes will likely survive past the end credits (largely because they all had movies coming out afterwards), so who cares what happens one way or the other?

However, if they would have just introduced Ultron a few movies earlier, it would have all worked so much better. Instead of mentioning Ultron, for the first time, at the start of Age of Ultron, what if there'd been a reference to Ultron back in Iron Man 3 as part of Tony's PTSD plotline there. And then again in Captain America: The Winter Solder we get a reference to an A.I. that's slowly moving around, maybe something the evil German Hydra A.I. is battling against in the background. Then, by the time Avengers: Age of Ultron came out we'd be at least somewhat invested in the project instead of just learning about it.

Compare it to Jarvis, the A.I. introduced in the first Iron Man. From the beginning we care about him because he's witty and snarky and played with genuine emotion by Paul Bettany. As he appears, time and again, we continue to have affection for the computer program such that when he seemingly dies early in Age of Ultron (at the metaphorical hands of Ultron), we are left deeply saddened. Then, when he comes back, in a form, as Vision, the film doesn't have to spend long at all getting us to bond with the new character. It's Jarvis! In human form! With super powers! That's all we need to know.

James Spader is as good of an actor as Paul Bettany, if not better, so it's not hard to see him pulling off the same feat with Ultron. If we'd just been given enough time to grow with the character, his eventual betrayal of the team (not to mention him killing Jarvis) would have had actual resonance all around. Instead, the character comes off as half-baked with the way he's introduced and handled. Even Ultron killing of Jarvis feels shallow because Ultron is barely a concept to us. He doesn't resonate like he should. 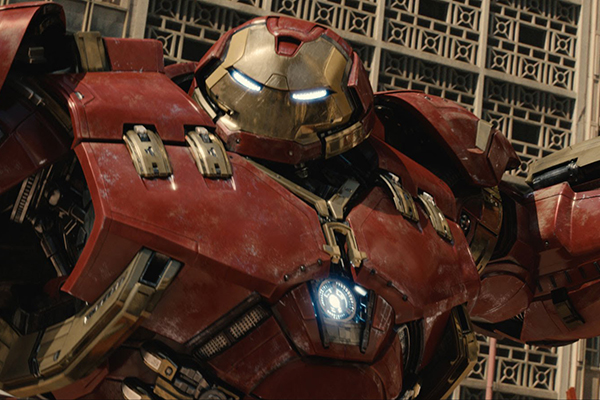 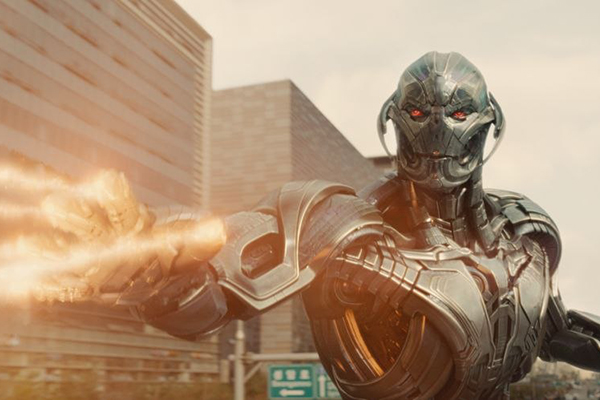 And while we're on the topic of mishandled character, the version of Quicksilver that we get in in Age of Ultron sucks. Aaron Taylor-Johnson has none of the natural charisma of Evan Peters (who stars as Quicksilver in the X-MenLaunched in 1963 and written by Stan Lee and Jack Kirby, the X-Men featured heroes distinctly different from those featured in the pages of DC Comics. Mutants who didn't ask for their powers (and very often didn't want them), these heroes, who constantly fought against humans who didn't want "muties" around, served as metaphors for oppression and racism. Their powerful stories would form this group into one of the most recognizable superhero teams in comics (and a successful series of movies as well). movies over at Fox because comicbook licenses are weird). When Taylor-Johnson's MCU version of the character bites it by film's end, I honestly cheered a little. Like with Ultron, we're not given much time to care about Quicksilver, one way or the other, since he's both introduced and offed in this movie. His death has no meaning behind it because we're given very little time to learn to care about him. When you couple that with the fact that Taylor-Johnson turns in such a bland performance in the role, I doubt anyone was sad to see him go.

Honestly, it's a miracle that we've come to care about Elizabeth Olsen's Scarlet Witch (sister of Quicksilver) in the MCU at all. Of course, we to care about her because she's shown up in multiple movies since Age of Ultron. She wasn't great in this film, but the franchise gave her time to grow her character. If they could have done the same thing for Quicksilver maybe we would have liked him more. Oh, and recasting Taylor-Johnson wouldn't have hurt.

Of course, there were other things Marvel did in rushing Age of Ultron into production that they should have avoided. There's a lot of setup in this film for future projects, a ton of pieces thrown into the fire that, at least in this film, simply don't pay off. The most obvious (and most harped on by, well, everyone) is the sequence where Thor (Chris Hemsworth) wanders off to have a spirit-bath and learn about the power of Infinity Stones, the magical items that have played a passing role in the MCU movies so far but are the crux of Phase III and the eventual Infinity War. We didn't need this scene here, it doesn't add much to the film, and it could have been cut entirely (with its vital information organically fed naturally into later films in the series).

But then there's also Tony Stark's vision of Thanos-powered doom and gloom. He gets this vision from Scarlet Witch (as memory control is one of her powers, used here and then never brought up again in any of the later films) and it shows him a future where all the Avengers are killed by Thanos. But then, why this specific vision? Is this a potential future or just something Scarlet Witch creates? Clearly the producers wanted it as a hint of what was to come, but Thanos has no bearing on Scarlet Witch, let alone any of the events in this film, so none of it really matters here, in this movie, at all. 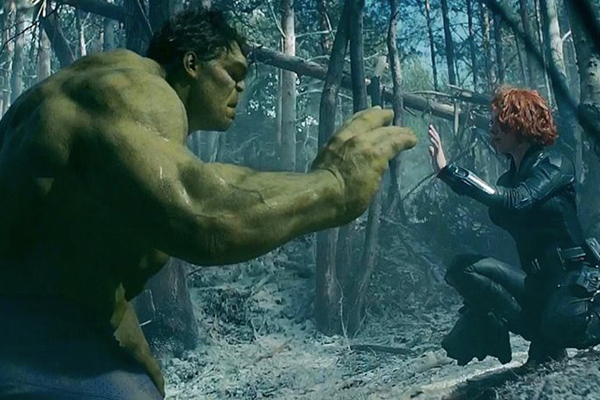 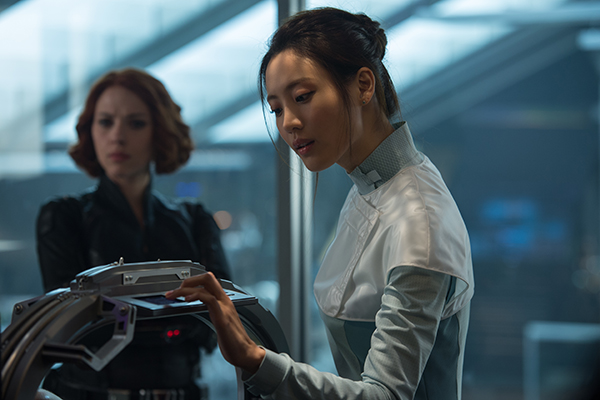 Moments like these are the kinds of scenes that can ruin Cinematic Universes. It's akin to the sequence in the DC ComicsOne of the two biggest comic publishing companies in the world (and, depending on what big events are going on, the number one company), DC Comics is the home of Superman, Batman, Wonder Woman, and just about every big superhero introduced in the 1930s and 1940s. film Batman v Superman: Dawn of Justice where Wonder Woman spies on Bruce Wayne's files and see clips on each of the superheroes: Flash, Cyborg, and Aquaman. Those heroes don't appear in that movie, just like Thanos doesn't appear in Age of Ultron, so why devote so much time to, effectively, a commercial for upcoming adventures. These are movies, not advertisements.

Because of the way Marvel handled Avengers: Age of Ultron, they ended up with a compromised product, a rushed film that, at times, feels more like a commercial for future installments than an actual adventure in its own right. It was a film that really could have worked if they would have just done their ground work better (and then seriously tightened up the final product). Thankfully, Avengers: Infinity War ended up as a much better flick all around, avoiding many of the traps Age of Ultron fell into. Give Marvel credit: they do tend to learn from their mistakes.