It's the End of a Journey

This is it, the culmination of Marvel's plans since they launched the Marvel Cinematic UniverseWhen it first began in 2008 with a little film called Iron Man no one suspected the empire that would follow. Superhero movies in the past, especially those not featuring either Batman or Superman, were usually terrible. And yet, Iron Man would lead to a long series of successful films, launching the most successful cinema brand in history: the Marvel Cinematic Universe. back in 2008. After 11 years and 22 movies in their interconnected universe, we finally have the last, big cap-stone movies before the whole of the MCU irrevocably changes. After this movie the franchise will continue (Spider-man: Far From Home comes out in July, and there are plans for sequels to Black Panther, Captain Marvel, Doctor Strange, and the Guardians of the Galaxy as well), but whatever shape the universe takes in the future, it won't be the same as what we had before. 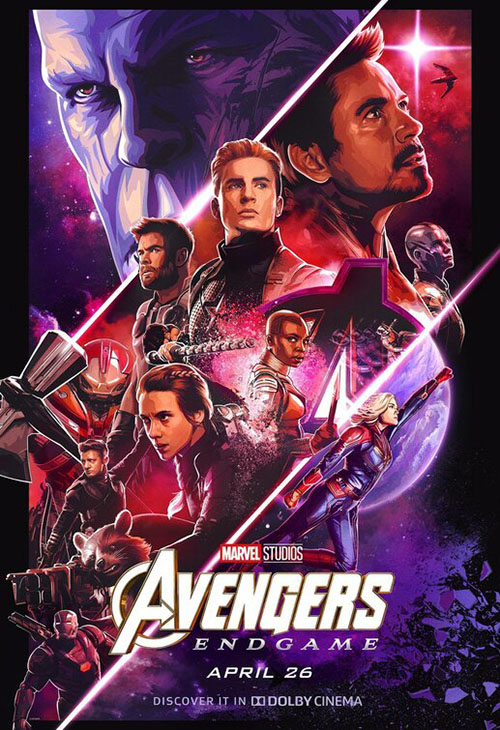 Obviously, without spoiling anything specific, part of that is because actors (and the characters they've played since the start of the franchise) are leaving by the end of this film. However they are written off, those that leave the series do so with a sense of finality. Sure, these are movies based on comics so there's always the chance that a character that leaves the series (one way or another) could be resurrected. But that would require recasting the roles, and for many of these actors their performance as the characters has become iconic. There are very few instances of recasting within the MCU, and even when that happens the actor/actress to take over the role has made it their own, becoming the performer for the role. If one of these stars says they're leaving the series, they're effectively taking the character with them for all time.

So, yes, going into Avengers: Endgame, there is a sense of finality. Whatever beats the story takes, or where the movie goes, it's clear that this is the end of the epic. Phase IV of the MCU starts after this (well, officially, Phase III ends with Spider-man: Far From Home, but that's presumably in the same way Phase II ended with Ant-Man: a fun, low-stress capper before the next big epic chapter begins). After this movie we know we're going to be closing the book on a large portion of the MCU. In comic book parlance, this would be the end of a hardcover premium collection, a major series of crossover events, and all their tie-ins, that has finally come to an end and been brought to a loving conclusion.

No mistake, Endgame was made with love. As created by the Russo brothers, this film basks in the history of the MCU, paralleling moments and resurrecting character beats to great effect. It rewards viewers that have seen (and memorized) all the films that came before, riffing on the source material to give fans a story that brings everything they've loved for the last 11 years to a satisfying conclusion. It's a movie for fans first, one that doesn't spend a lot of time trying to explain past beats, or who this or that character is, assuming (correctly, if the Box Office receipts are any indication) that everyone who would go to see the second half of a two-part Avengers film has been keeping up with the whole universe up till now. This film doesn't have time to pause and do a recap of each character and ever major moment -- if you don't know the universe by now, this film can't help you.

That's a minor knock against the film but not an entirely invalid one. I know I recently went through the whole MCU for this site, so I was up on all my trivia for this universe. I have to think, though, that if I were any less of a cinephile, that if I didn't regularly re-watch the movies in this series simply because I love watching movies, there probably would have been plenty of character beats I wouldn't have understood (or cared about, for that matter). If you aren't up on the MCU, don't care about the deep cuts like Thor: The Dark World as well as the big hits like The Avengers, this movie probably isn't for you. 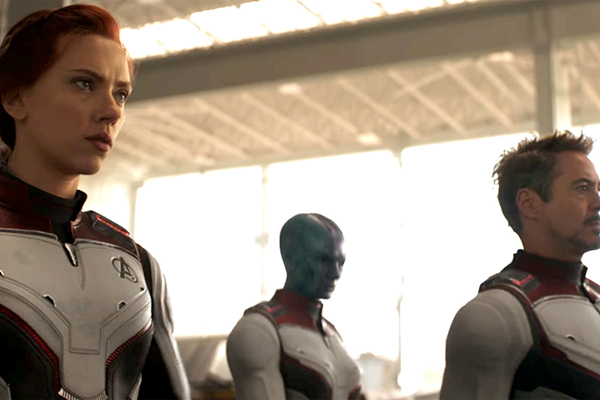 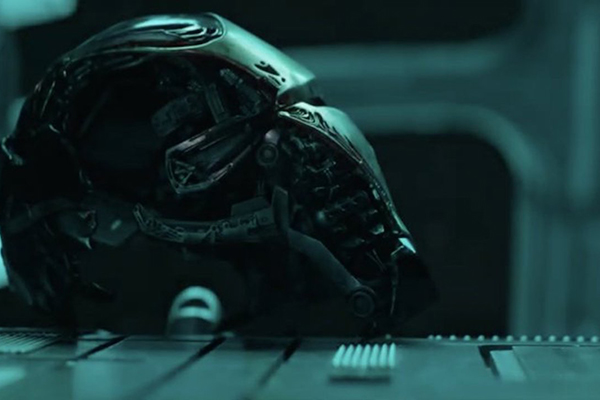 But that's because this film doesn't play as a stand-alone film in the larger franchise. This isn't just a sequel to last year's Avengers: Infinity War but a sequel to everything that came before. I'm sure if you're somehow new to the MCU, or only watch the major event titles (the Captain America and the Avengers flicks) then this film would have to seem like an impenetrable wall. But that's the thing: this film is a celebration of a feat that's taken 11 years to pull off. Whatever else you might thing about the MCU, getting to this point, setting up 22 movies-worth of interconnected continuity and actually having it all lead to this film (and deliver) is a feat no one else has been able to perform.

Many other cinematic universes have risen up since the MCU (and a few predated it, even), but none have done what the MCU has accomplished. None have been as tightly plotted, have managed to keep their continuity going through all their adventures, and have managed to keep so many of the stars locked into their roles without major recasts along the way. There's never been anything quite like the MCU before and, by all indications, there never will be again. So if the franchise wants to take a victory lap -- and Endgame is very much a victory lap -- then it should be allowed it. It's earned it.

You will note that I've gone on for some length and have yet to touch upon the actual story in Endgame at all. That's because saying anything about the story at all basically spoils all kinds of major beats about the movie. If you've watched the trailers for the film (which we were kind enough to post in our Spring 2019 Movie Preview) you'll note that they barely say anything about the story of the film. From the very beginning important events start brewing and even saying "this or that happens" could ruin the whole enterprise. It's best if you go into this movie fresh and unspoiled so you can enjoy it to its fullest (and then go and read our very spoilery coverage in the companion article to this piece).

Suffice it to say that this film does pick up immediately after the events of Infinity War as the heroes try to find some way to fix half the universe getting obliterated by Thanos. How they go about doing this, and the way they try to correct their failure, is the meat of the movie. The heroes are tested, many of them have doubts about themselves and what they're doing, and this leads to many satisfying conclusions for various character arcs. It all works very well and despite how many directions the movie has to go to tie up 11 years of story in a single, three-hour epic, it still feels complete. It's a satisfying story that neatly ends everything (more or less) the way you'd expect for all the parties involved. 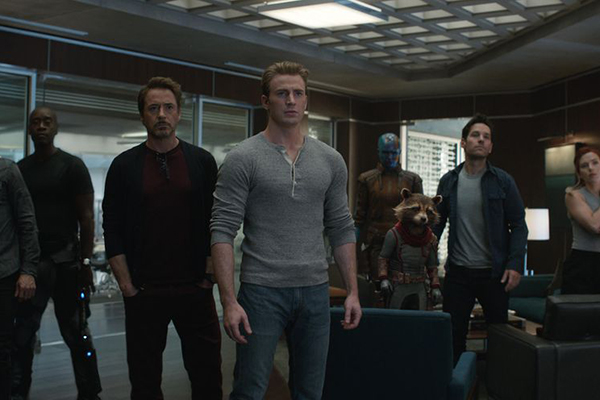 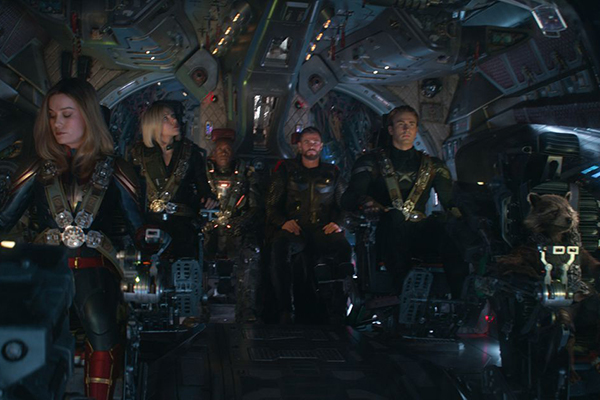 Is it a bit of a mess at times? Sure. This is a three hour movie that has to work in characters and plot beats from 21 previous films. Some characters, like Captain Marvel, get brief appearances before being set aside so the film can focus on the main cast that's been with the series since the beginning. That means that even though much hype was made about Captain Marvel, or how Ant-Man was coming back for this movie, or that Hawkeye would be in this one after skipping the last Avengers film, the movie is really about Iron Man, Thor, Black Widow, Hulk, and Captain America. They're the ones we care about the most, they're the ones that obviously survived the carnage of the third flick, and they're the ones we expect to have proper conclusions to their arcs (however that may be). Not everyone gets equal treatment, and not every story is as necessary to the plot as others, but on the whole it all comes together well. It just works.

There have been tighter, neater movies in the series (the first Avengers, the much more recent Spider-man: Homecoming), but then there hasn't been a movie like Endgame before. This isn't just another chapter in the MCU epic, another movie setting up other movies to come down the road (hell, there isn't even a mid-credit sequence); this is the conclusion, a grand finale of the Infinity Saga. This is it.

How much you care about this movie is really going to depend on how much you enjoy the MCU. If you haven't really watched the movies before, or just don't care that much about the franchise, then this movie isn't going to do much for you. You need to be a fan of the films to enjoy this movie, but if you are then Avengers: Endgame pays off, big time. It's the culmination of everything, a satisfying movie that lovingly pays homage to everything that came before. There were so many moments during the movie where I had a giant smile on my face as the movie once again playfully referenced the continuity of the MCU. Considering how dark the ending of last year's movie was, it's amazing how light and zippy Endgame is. It's a delightful romp crafted for fans of the MCU, and it gives them everything they wanted, and then some.

I'm a fan and, for me, Endgame was the conclusion to the epic I needed. Even now, days after watching it, I'm still thinking about the movie, everything it did and all the events that happened. It's stuck with me, made me delight in its antics long after I saw them. I enjoyed every minute of the movie and left satisfied, and fully intend to watch it over and over again, just like I have all the great MCU films that came before. If you're like me, you'll likely feel the same after seeing this movie. But then, if you're likely me, you've probably already seen it. This is an event, one we'll probably never see the like of again (because even if we get more Avengers or Ultimates or whatever movies, they'll never be able to pay off on the continuity the way this one did) and I'm glad we were able to get such a good movie as the conclusion to the epic.