Friend vs. Friend, Allies Waring Against Each Other

So if we work on the theory that the Captain America films are like "Point-Five" entries in the Avengers cannon (with The First Avenger being a 0.5 edition that shows the establishment of the SSR, the proto-SHIELD, while The Winter Soldier gave us a couple of Avengers bringing down HYDRA-infected SHIELD), it's also interesting to note that Cap essential brings everything down around him each and every time he gets involved. Not only does he bring down SHEILD in his second movie, but he essentially dissolved the Avengers (or, at least, half the team) in his third outing. 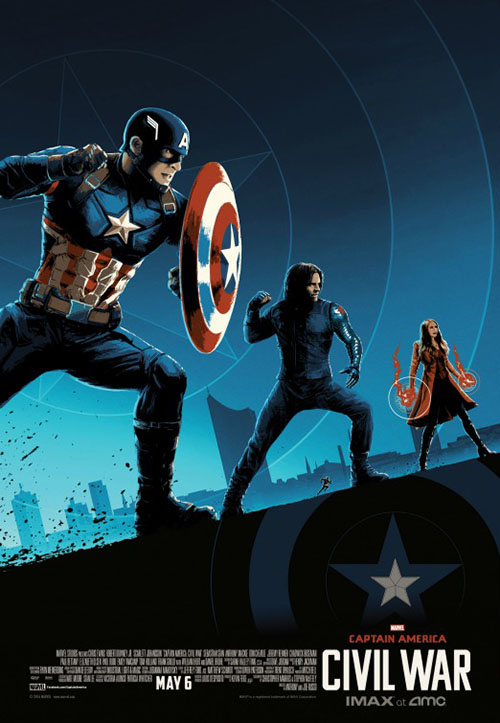 To be sure, Captain America: Civil War is the least Cap-focused of all three of the character's movies. While the second film was certainly a buddy-action film, with Black Widow (Scarlett Johansson) sharing co-lead duties with Captain America (Chris Evans), the third film is very much an ensemble film. In the movie, Cap is leader of the Avengers (after the events of Avengers: Age of Ultron), and he's working with Black Widow, Falcon (Anthony Mackie), and Scarlet Witch (Elizabeth Olsen) regularly on mission. However, when a mission their on goes south, causing a lot of civilians to get hurt (or die), the U.N. steps in to rein in the team. That leads them to develop the Sokovia Accords, a set of guidelines and controls put in place to stop meta humans (or whatever Marvel calls them) from using their abilities without express authorization.

Captain Rogers isn't on board with this, thinking all people should be free, but Tony Stark (Robert Downey, Jr.) is fully on board with the plan, thinking that the Avengers have, recently, gone too far. Things are pushed to a head, though, when Cap's long-time friend Bucky "Winter Soldier" Barnes (Sebastian Stan) seemingly comes out of hiding to bomb the meeting of the U.N. with the Wakandan delegation (apparently killing the Wakandan King), Cap has to chose between the Avengers and his friend, and he choses the later, violating the terms of the accord and making him, and his allies, into fugitives. Then it becomes a "civil war" as Avenger has to fight Avenger all to keep the peace and bring a potential villain to justice.

In short: Civil War is a very full movie with a whole lot of things going on. Based on a Marvel Comics crossover even of the same name, the movie and comics do have similar stories. Both follow the conflict between Cap and Iron Man as each choose their side in the fight over the Sokovia Accords. But due to the different place the movies are in compared to the comics, the only things that's similar about the stories are that Cap is against the accords and Iron man is for them. And even getting there is a bit of a narrative stretch.

Okay, so Cap choosing freedom over control is certainly within his Marvel Cinematic UniverseWhen it first began in 2008 with a little film called Iron Man no one suspected the empire that would follow. Superhero movies in the past, especially those not featuring either Batman or Superman, were usually terrible. And yet, Iron Man would lead to a long series of successful films, launching the most successful cinema brand in history: the Marvel Cinematic Universe. arc. Cap has always shown himself to be a very anti-fascist hero (which stands in stark contrast to his "Ultimate Comic" depiction, to be sure). He balked at Nick Fury in Winter Soldier when the head of SHIELD wanted to use uber-helicarriers to stop problems before they started (that's control, not freedom). And, of course, he wanted to fight the Nazis in The First Avenger because he can't stand bullies. Having him choose freedom for all the people he knows, and anyone else in the world that might be like them, is just the thing Cap would do. 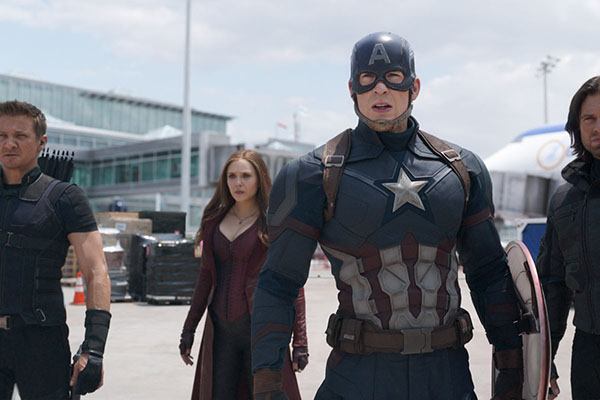 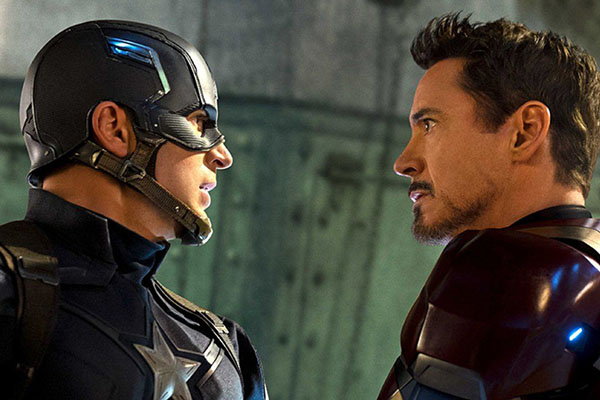 The story, though, needs Iron Man to stand opposed to Cap (so that the movie can mirror the comics and Marvel can capitalize on the film and sell a bunch of reprint trade paperbacks in the process). The problem is that Tony has always been a free-wheeling kind of dude in the movies so the film has to really push Tony to force his round peg into a square story slot. Essentially, when a mother of a dead soldier show Tony the film on her son's death, and yells at him about the harm he and the Avengers cause, it shakes Tony, forcing him to rethink his position. But this is a narrative leap without much grounding, and it bumps right up against everything we know about Tony. Hell, even the film knows this because, by the end, even Tony has gonna back on his opinion of the Accords and is back to helping Cap... right up until he betrays him again and we get one final, epic fight between the two heroes. It's all just a little forced.

That said, this main storyline does at least go down smoother than it could because of the leads. As I've mentioned more than once, Chris Evans is the natural embodiment of Captain America, the perfect actor to play this role in every sense. And the same can be said for Robert Downey, Jr., who is so good at playing Tony Stark that the role has made him the most famous actor in the world right now. Thee two can sell the easy chemistry, and the uneasy conflicts, between their characters and make it all happen without it ever feeling forced at the time. If Marvel had to pit these two characters together, these actors as the one required to make it work.

The other big issue I have with this film is that it just doesn't slow down and keeps adding characters. Just dealing with the main "Civil War" storyline would have been enough for this film, but then we have to deal with the Wakandan delegation is the introduction of Black Panther (Chadwick Boseman) all so he can then get his own film, Black Panther, a couple of years later. And then the film goes along and gives us a new Spider-Man (Tom Holland) as well so he could then get his own movie, Spider-Man: Homecoming, a year later. That's a lot of extra groundwork for the film to setup in a movie that's supposed to be about Captain America. It is his name above the subtitle, after all.

Now, to be fair to the movie, each of these characters are worked in about as well as they can be given the context. Neither feels forced, and they both get moments to shine in this overstuffed film. But when you consider all the returning characters -- everyone I've already mentioned, plus Vision (Paul Bettany), War Machine (Don Cheadle), Hawkeye (Jeremy Renner), Ant-Man (Paul Rudd), and Sharon Carter (Emily VanCamp) -- along with the new characters, each character needing their own moments and storyline diversions, it's a lot of time spent on things without a full pay-off for any of them. 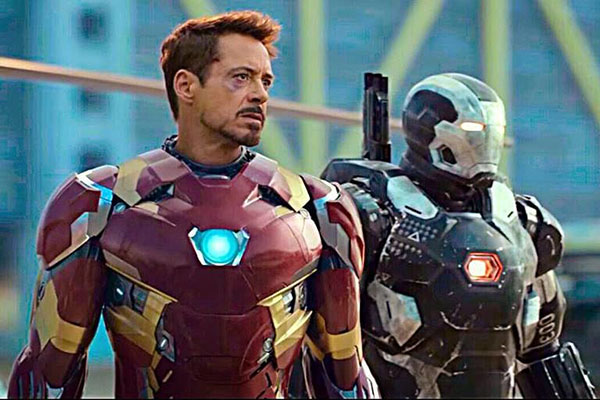 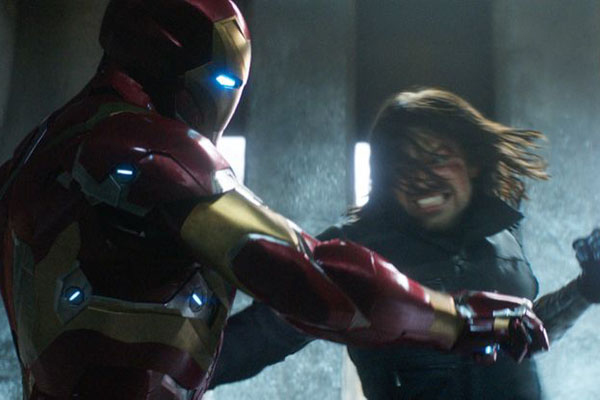 It just makes me wonder how much of the movie's content is actually essential. As much as I enjoy Spider-man here, and I love how they tie the start of his actual movie (Homecoming) into the action here, his character, and all his setup scenes, could have been excised. They just aren't needed here or in his solo adventure. Similarly, as neat as the Black Panther is, his inclusion in the movie actually betrays the character in the long run. As I argued in hi review of his movie, his whole character arc in Civil War robs the character of agency in his Black Panther solo-outing. He's the least interesting character in that film all because he goes through his big character growth here, in a side plot that isn't essential to the overall enjoyment of the film.

Then there's the simple fact that this isn't really a Captain America film. Sure, he's a lead in it, but barring the need to resolve the Bucky storyline here, this is an Avengers film through and through, right up to the point of giving half the movie over the Tony Stark. For Cap's last solo outing (which this is since the actor is leaving the role after Avengers 4) it would have been nice to really make him the focus on the film. The movie takes a kind of half-assed approach to it, trying to make the movie about Cap while filling it with every non-cap character they could think of.

Don't get me wrong, I do like this movie. I think it's very enjoyable in places and has some great fight sequences. It's just feels like Marvel has four different movies they wanted to cram in here all at the same time -- A Captain America story, an Avengers adaptation of Civil War, and two origin stories -- and any one of them really could have been their own movie instead. Pushing it all into one overstuffed whole causes the film to stumble a bit in places. It's a good film that still, somehow, end up feeling like less than the sum of its parts.