Hulk Contemplate Existential Meaninglessness of Being

Any time I sit down to do series overview project I know I'm going to have to watch some cinematic stinkers along the way. The WestworldWritten and directed by Michael Crichton, Westworld depicted a theme park with thrills and dangers unlike any that currently exists, all to highlight the hubris of man when the park inevitably descends into chaos. The movie spawned a second film, Futureworld, and a popular (and twisty) HBO series. series has Futureworld, Star TrekOriginally conceived as "Wagon Train in Space", Star Trek was released during the height of the Hollywood Western film and TV boom. While the concept CBS originally asked for had a western vibe, it was the smart, intellectual stories set in a future utopia of science and exploration that proved vital to the series' long impact on popular culture. has The Motion Picture, and the Marvel Cinematic UniverseWhen it first began in 2008 with a little film called Iron Man no one suspected the empire that would follow. Superhero movies in the past, especially those not featuring either Batman or Superman, were usually terrible. And yet, Iron Man would lead to a long series of successful films, launching the most successful cinema brand in history: the Marvel Cinematic Universe. has The Incredible Hulk. But I figured this time, finally, I could sit down and actually force myself to watch more than a few scenes from the film. This time I'd actually properly watch the movie. 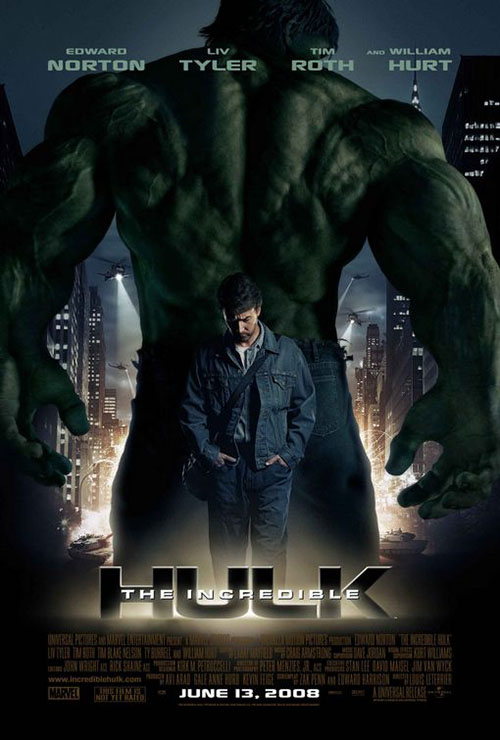 And then, 30 minutes into the film, I had the dawning realization that I actually had watched the movie before. It's like I'd sat through it and then an MIB agent came along and used the "flashy-thing" on my brain, leaving with just a vague recollection that a movie called "The Incredible Hulk" actually did exist. Somehow I'd forgotten it completely, and I have the feeling this isn't the first time. I'm not even certain how many times I've watched the movie now, I just know that despite being able to remember minutia from every other MCU title, The Incredible Hulk has been removed from my memory.

This phenomena isn't limited to just me, either. For all the talk the MCU gets online, The Incredible Hulk is quietly ignored at every turn. Heck, more digital ink is spilled dissecting the things the first Thor movies does right, and wrong, than the MCU Hulk film. No one seems to care about this film at all.

So why is it? Even bad movies are usually memorable, but it's as if everyone has just collectively decided that this 2008 version of the character isn't even worth considering as a film. Like the people who say "Highlander 2 never happened," we've all just collectively deleted the MCU Hulk.

Having watched the film (again, and I'm going to try and remember it this time), I can understand why we've all done this: the film sucks, but not in any memorable way. It's perhaps one of the least remarkable superhero movies, a mediocre film that never sinks or rises enough to capture anyone's attention. It just... is.

When MCU Hulk opens, it's already five years since the fateful event that gave Bruce Banner his Hulk powers. On the run from the U.S. military, Banner is a fugitive hiding out in Brazil. Working as a day-laborer in a soda bottling plant, Banner spends his free time communicating with cellular biologist (known as "Mr. Blue" to Banner's "Mr. Green") and working on a cure for his sudden, explosive, transforming rage. When an accident the bottling plant injures Banner and causes a slight amount of blood to drip into a soda bottle, this tainted bottle gives the U.S. a clue as to Bruce's location. This forces the scientist on the run again, causing him to flee home to the States to look for help and to finally perfect his cure. 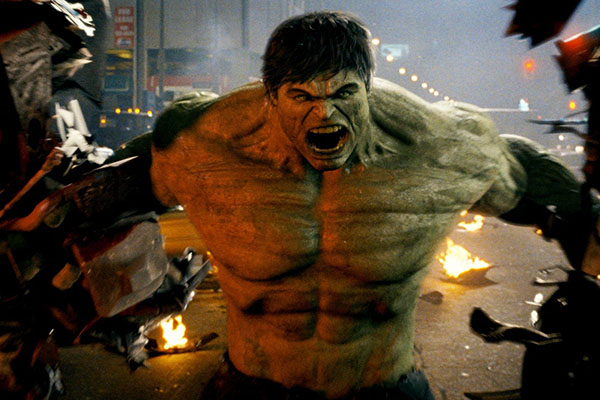 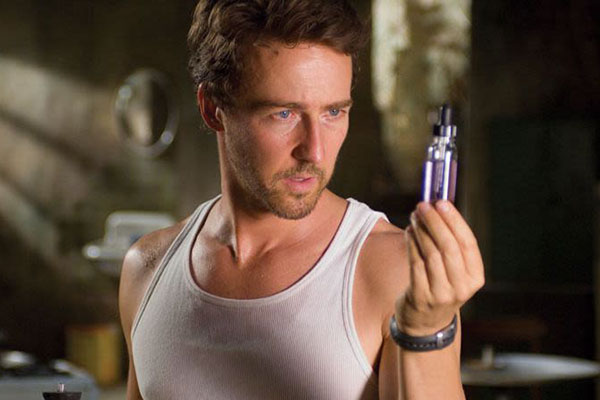 The best thing that can be said about MCU Hulk is that it doesn't bother with a long origin story. The whole experiment that causes the Hulk problem is done as a montage at the beginning of the movie before we quickly jump five years ahead. This is a great move as the Hulk experiment really isn't that interesting to watch and skipping ahead to bigger action is a wise choice. Plus, we'd already had one Hulk movie in 2003, Ang Lee's Hulk, and all the basic details of what caused the Hulk to appear were laid out there. Sure, that movie isn't in the MCU continuity, but there was no reason to fully redo the origin story when we all clearly remember it from before (thus proving Universal is better at this than Sony and their constant reboots of SpidermanSure, DC Comics has Batman, Superman, and Wonder Woman, but among the most popular superheroes stands a guy from Marvel Comics, a younger hero dressed in red and blue who shoots webs and sticks to walls. Introduced in the 1960s, Spider-Man has been a constant presence in comics and more, featured in movies regularly since his big screen debut in 2002.).

Unfortunately, once we get into the action of the movie, everything just becomes a listless bore. Much of that blame rests on Edward Norton who seems lost in the role of Bruce Banner. I've seen Norton in films where I really liked him, films where he could play the right kind of nebbish character and yet still have some fire to his performance (like Fight Club for instance). Here, though, Norton just seems lost, playing his character as mild-mannered without ever giving us any of that Hulk rage without the transformation. Bruce Banner may be human, but the implication of the Hulk is that he's a manifestation of Banner's own rage, given big, green life. Norton has none of that spark here, so it doesn't feel like the Hulk is a part of him so much as he's something inflicted upon him.

Contrast that with Mark Ruffalo, recast for the role of Banner in Avengers and all later appearances. Ruffalo has a mild-mannered charm that works, less nebbish than just a kind of charismatic braininess, but he also shows the rage that can be inside him, the Hulk lurking beneath the surface. When Ruffalo comments in that movie, "my secret is that I'm always angry," before transforming, you believe him. Norton in this film, though, doesn't seem angry. He's just a lost, sad puppy wanting to go home. It doesn't work.

What also doesn't work? The Hulk. Specifically, all the CGI used to create the beast. Admittedly, even now, Marvel struggles at times with the amount of CGI used in their films, but even with that caveat, and taking into account this movie was made in 2008, the CGI in this film is straight up bad. All of the action sequences have a weird, floaty quality to them, making Hulk feel less like a threat than a computer construct covering up the fact that every is acting against a tennis ball on a stick. Which, of course, they are, but we don't need to be reminded of that in every scene featuring the big, green guy. Again, I have to compare this film to Avengers where in that movie they managed to make the Hulk feel like a real creature even though, once again, he's just CGI. The production team on this movie clearly didn't realize how much work making the Hulk would be and they dropped the ball. 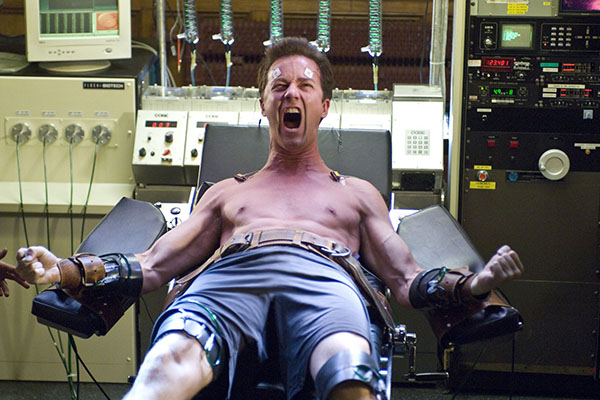 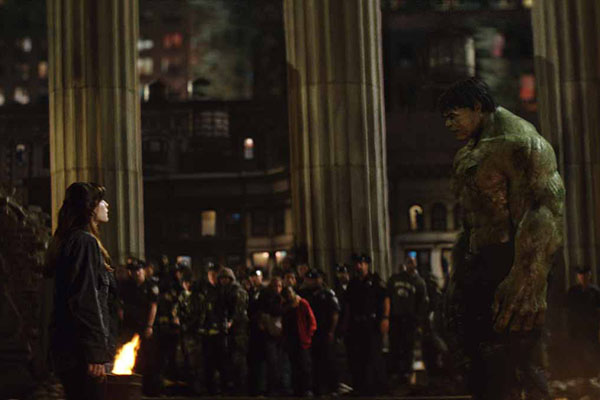 So without either side of the lead performance to actually enjoy, there's very little in the film to get excited about. The villain, Emil Blonsky/Abomination, is pretty drab himself. The character is played by Tim Roth, and I like that actor a lot in just about everything he's in. I will fully admit that he tried to give a great performance in this movie, but the character is written to be flat and linear, a guy lusting for action who keeps going after the Hulk, time and again, because he wants a good fight. There's no machinations, no greater motivation. Hulk is a target, and he takes targets down. Maybe that's a realistic depiction for a certain kind of soldier, but it doesn't work for a character that's supposed to be the heavy.

Really, about the only aspect of the movie I liked with Liv Tyler since she actually showed real acting ability. That's not to say her character, Dr. Elizabeth Ross, really had much to do -- she's the love interest and damsel in distress, this despite her character having a PhD in cellular biology. Why Banner isn't working with her on the sly instead of some random Mr. Blue is something the film never explains properly. Still, I actually believed Liv's scenes and if the film could have focused on her and Banner more, giving them a reason to work together and find a cure, it would have been much better overall.

The Incredible Hulk was a clear misfire. Marvel understood this so well they refuse to greenlight another Hulk stand-alone movie (this despite the fact that the rights have lapsed completely out of Universal's control at this point). Hulk works great as a character bouncing off other people, but after this film it's hard to make the argument that he works on his own. The best thing that can be said is at least Marvel learned the best lesson of all: don't have Edward Norton play the Hulk. Whatever else happens in the future, they thankfully won't make that mistake again.