And Back Around Again (The Loop Continues)

After the release of Spider-man 3, the franchise was in a bit of a pickle. That movie was not well loved by fans or critics (for many of the reason was discussed in my review), and Sony went into damage control to try and find a way to salvage the franchise. That included exerting more control over the next film (which they'd already been doing more and more with the sequels), which eventually forced Sam Raimi, the director of the three Spidey films so far, to walk away from the franchise (and a big pay-day for movie four). Sony, then, decided that continuing the current franchise without its mastermind just wasn't going to work so, for good or ill, they were going to reboot. 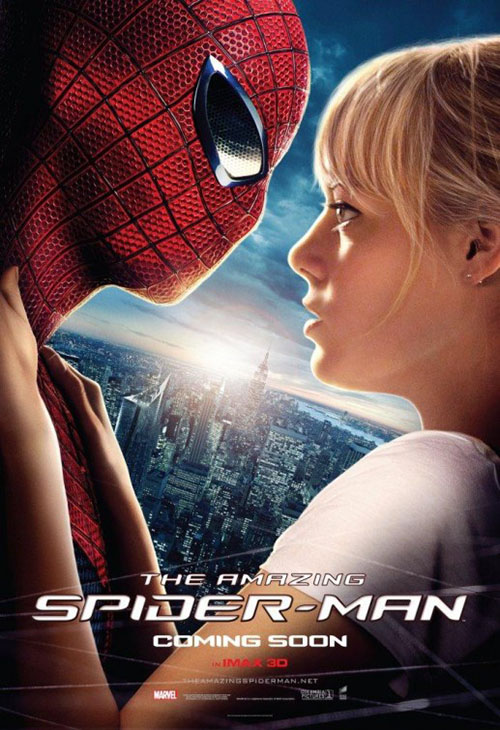 I remember the fan backlash being pretty strong and, to be fair, it's not as if a reboot was necessary. When the next film, The Amazing Spider-man, came out it had only been three years since the last, Raimi-led/Maguire-starring film came out. The character was still fresh in our heads and, no matter how bad the third film might have been (and it was, it truly was), a reboot seemed pretty unnecessary. Still, we don't work at Sony (despite my repeatedly sitting outside their building asking "please"), so the reboot is what we go, fans be damned.

So let's ignore all that came before and try, once more, to keep an open-mind about a Spider-man film. In this, The Amazing Spider-man, we're re-introduced to Peter Parker (Andrew Garfield), our brainy student and future superhero. Back in Pete's youth his father, Richard (Campbell Scott), was a genetic scientist studying, of course, spiders. At some point his research grew too dangerous and he quit his job a Oscorp to continue his experiments on his own. However, Oscorp comes calling one day and Richard and his wife, Mary (Embeth Davidtz), go on the run, leaving their son in the care of Richard's brother and his wife, Ben and May Parker (Martin Sheen and Sally Field respectively). Peter grows up with Ben and May as (effectively) his parents, but he remained curious about what really happened to his parents and why they never came home.

Now in high school, Pete's research leads him to Dr. Curt Connors (Rhys Ifans), Richard's partner in science. Connors is studying lizard, trying to use their genetics for regrowing limbs so they can provide the same kind of treatment to human amputees (of which Connors is one as well, so there are personal stakes). With Peter's help, Connors is able to find a solution to the problems in his research and make a viable serum. Meanwhile, during his explorations of the Oscorp lab, Peter gets bitten by a genetically enhanced spider, granting him spider powers. While he's getting use to that -- and dealing with a love-story with new girlfriend Gwen Stacy (Emma Stone) -- Connor finds out there's a flaw in the serum, one that causes the good doctor to transform into a giant lizard-human hybrid. Peter is going to have to learn to become Spider-man to take out "The Lizard" and save all of New York in the process.

While it's fair to say that The Amazing Spider-man is a tad over-stuffed, I think, for the most part, the film does still work. While I admittedly largely glossed over the love story between Peter and Gwen (because there's so much going on that I had to recap), it does feel like their plot line serves as the backbone for this film (and its much-worse sequel). Peter and Gwen have solid chemistry (largely powered by the acting prowess of Emma Stone) and the two actors are able to sell their dynamic, the small moments between their characters, even as the city falls apart around them. If the film had focused more on the villain, or Oscorp, or Peter's family issues and set Gwen aside, it might have made for a more focused more but I don't know if that version of the film would have worked as well. 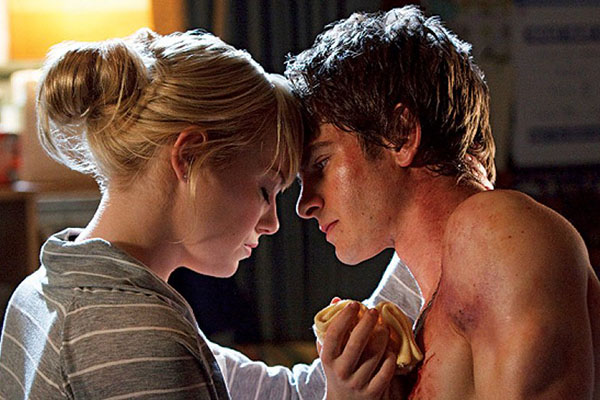 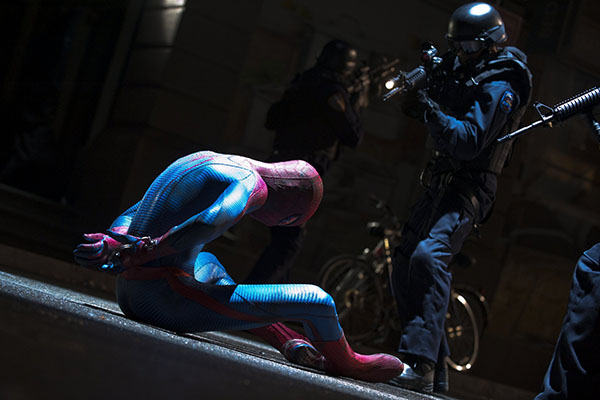 Certainly the Peter vs. Connors plot is supposed to serve as the true conflict of the film. The issue here is that Connors really isn't that interesting of a character. Well, more specifically, Connors stops being interesting the second he becomes a villain. Setting aside the awful CGI used to make the Lizard (which it truly terrible look), the Lizard character is single-minded and one-note -- as soon as Connors becomes a villain, we stop being able to identify with him. His whole motivation becomes "I must make more serum to have more serum so I can be stronger" which quickly then cascades into "I must change the whole city into lizard people so everyone can be stronger".

It's like Sony really wanted to have big stakes for this film, a "world ending" event for Peter to handle, but Pete (and his villains) work best when the threats are smaller. He's the "friendly neighborhood Spider-man" for a reason and he works best going one-on-one with a villain, bantering with them before kicking their ass and heading home to work on Trigonometry. Suddenly making him a "world saver" lessens what really works about his character. It morphs Peter into yet another generic hero battling a CGI monster over a city so big we can't really care much about it if a few of the millions of people die. We need to care about Spider-man which is why the best of his movies give him personal stakes -- a villain he knows, a single person he cares about in danger. This film's back-half falls apart because Lizard isn't a character; he's a cliche for Spidey to fight.

That doesn't even get into the fact that Connors and Richard (Pete's dad) used to work together, a plot line for which there is little resolution in this movie. While I know Pete's parents become a larger plot point in the sequel, we have to look at this first movie as a stand-along entity, and the simple fact is that the story surrounding Peter's parents has no pay-off here. Richard was worried about his research falling into the wrong hands but we're never quite sure who those wrong hands around. Certainly is seems like he was worried about what Oscorp would do with the research, except they were already making genetic spiders that can, apparently, give away their gifts with a single bite. Sure, he stifled Connors's research by taking his ball and going home, but it's still not clear just who he was really worried about or what he really expected could happen with his experiments. It's all just a murky mess.

I was also seriously irritated by the setup of Norman Osborn without any payoff to his plot line here, either. As we all know (and not just from the first Spider-man film), Norman becomes Green Goblin, but in this film he's just mentioned and never seen. The genetics research is meant to somehow heal him but there's no pay-off, in any form, to that plot line either. It's clear this was just name-dropped in to setup the character for a later movie. 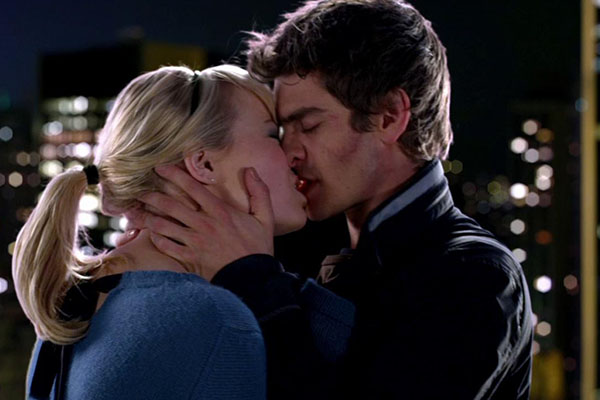 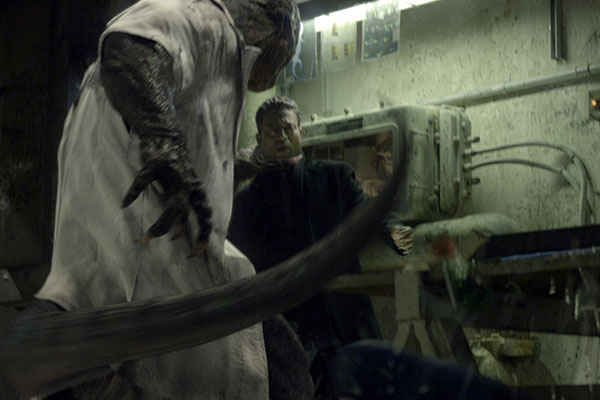 This is the thing people complain about most in superhero films, the need to setup 80 sequels to the detriment of the film we're watching. While it's not a big deal here as Norman is just mentioned a couple of times as a kind of motivator, his references, and everything with Peter's dad, could have been excised to give better motivations to our main characters (and more screen time). It sucks that Pete's parents left, but when it doesn't really seem to affect teenage Pete (because he has two great parents in his aunt and uncle), why does it really matter? Instead of name-dropping Normal Osborn, saying (without showing) that the research was meant to save him, couldn't we have come up with a different motivator for Connors (or just made his missing arm his only necessary one), focusing more on the future-villain to make him feel like a more fleshed-out character?

It wouldn't have been hard to not only make a better, more interesting Connors but also link him directly to Gwen Stacy. The movie does set her up as his intern (and seemingly an unofficial second-in-command at his lab). Instead of Peter being the one to solve Connors's research issues, it could have been Gwen. She could help the doctor with his research, Peter could come to visit the lab, get bitten by a spider, and become a hero. Meanwhile, Connors becomes lizard, Gwen has to team up with Spidey to fight the Lizard, and all three are involved in a very close, very personal plot line together. That's much better, and way more interesting, than the plot line we got, certainly.

I didn't hate The Amazing Spider-man, but I didn't really like it, either. It's fun at times with good character dynamics. The film, at times, does get mileage out of the new villain, and at least Lizard isn't someone we've seen before. The problem really boils down to a mess of a story and a lack of focus. The film tries to setup so many different plot lines and ideas that it's not able to really explore any of them in a satisfying way. The movie could have been great but because it can never really settle down and give us a good story, it ends up being mediocre at best.

But that's still better than it's wretched sequel, The Amazing Spider-man 2...