The Last Kingdom: Seasons 4 and 5

it's been a while since we last checked in on The Last Kingdom (not since season three)and that's because, well... who really remembers this show exists? I know it has its fans, a dedicated following that went with the show from it's original home on the BBC (and BBC America) over to NetflixOriginally started as a disc-by-mail service, Netflix has grown to be one of the largest media companies in the world (and one of the most valued internet companies as well). With a constant slate of new internet streaming-based programming that updates all the time, Netflix has redefined what it means to watch TV and films (as well as how to do it). as the show survived cancellation. In that time, though, it doesn't feel like the show has ever really risen up to become... more. It's a very basic show, with a simple idea, which leaves it as something less than a true stand out in the TV arena. 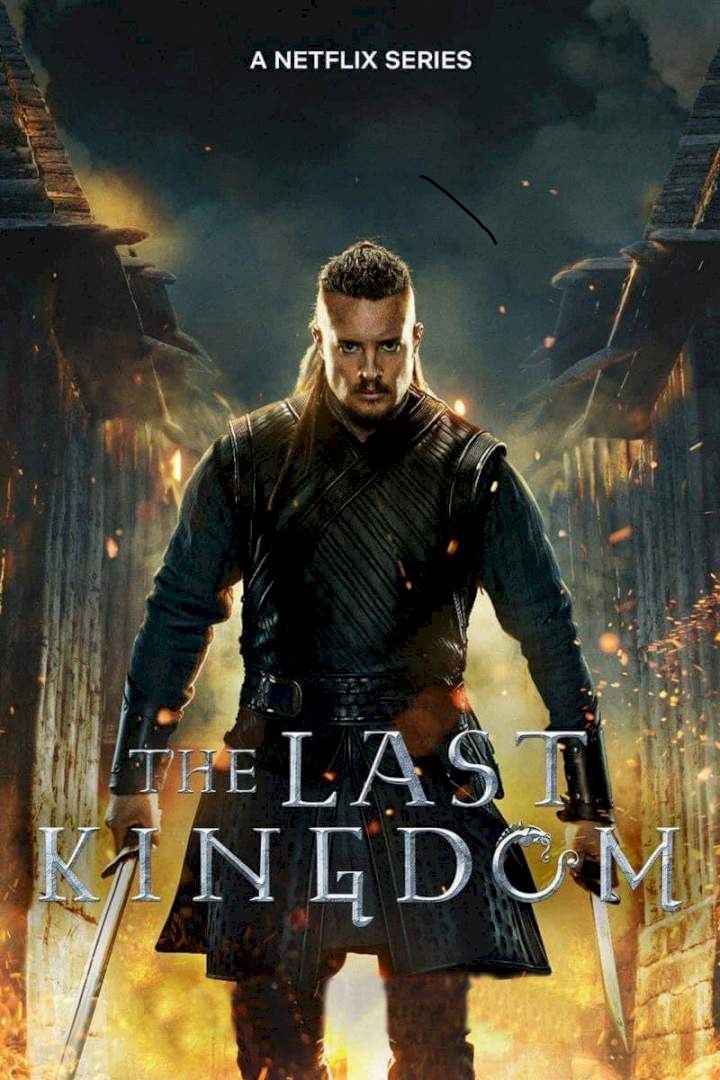 Think about it this way: The Last Kingdom is a historical period drama about knights and warriors in the early days of the English monarchy, back when the Danes and Vikings were invading and it seemed like the Angles and Saxons would lose the claim to their own kingdom. That puts it in the same genre as Vikings (and spin-off Vikings: Valhalla). It also has the same feel, and production values, of so many fantasy shows that have come out recently, including another Netflix series, Cursed. Against all that, The Last Kingdom doesn't really stand out.

The one thing The Last Kingdom did really well was it developed its core cast of characters, with lead Uhtred (Alexander Dreymon) a shockingly charismatic force that keeps the whole show running. Dreymon is, frankly, too good for the material he's given but he certainly elevates every scene his in. When the show is focused on Uhtred and his adventures, going from one mess to another and always coming out on top, the series works. Any time it cuts away from Uhtred and his band of merry men, though, it loses steam and begins to feel like just another low-rent Vikings clone. Who cares about yet another set of interchangeable characters vying for a throne? Kings rise and fall so you have to give us something more to invest in to keep our eyeballs watching.

This show is, really, all about Uhtred. That's been the case since the first season when we watched his as a boy before seeing his lands stripped away by a greedy uncle. Over the years we've seen him go on one adventure after another, staking some kind of small claim on a plot of land here or there around England but always under the service of one king or another (first Alfred and then his son Edward after). He's always been a pawn in the hands of other men when all Uhtred has ever wanted to do is get back to his homeland, Bebbanburg, and reclaim his title and territory. That's been his through line this whole time and, no matter what else came up, that was his end goal.

As the fifth and final season, then, the only real question was whether Uhtred would get what he always desired or if he'd just die trying. If you knew, going in, that the series was going to get a bonus movie to continue the story one last time, then you probably already suspected that Uhtred wasn't going to die here. Then it's just a matter of if he can reclaim Bebbanburg or not, and the inevitability of that story pretty much tells you all you need to know. This show, in short, wraps itself up enough that fans would be happy, but I can't say that the series ever really manages to find the climactic energy it really needed, at all. 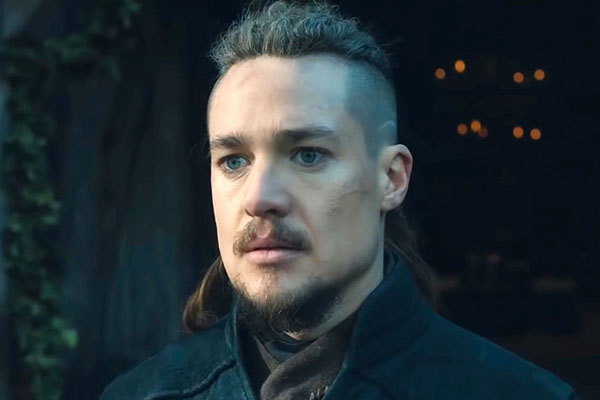 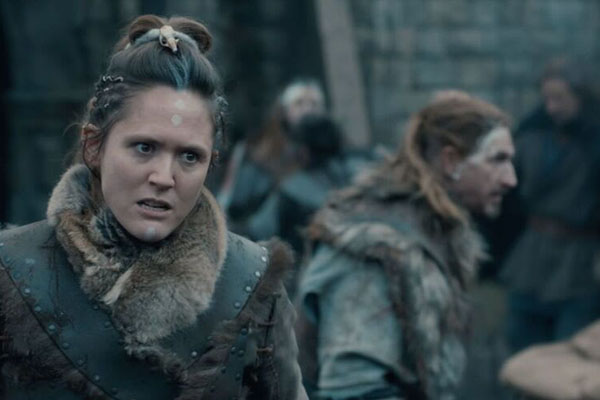 Part of the issue with The Last Kingdom is that it feels so small. When you compare it to other period dramas being produced right now, such as Vikings, you feel like The Last Kingdom had half the resources to produce half the effect. The show only has a couple of locations it visits, and those are either small, thrown together villages or already built castles where the show can film "on location". It leaves the show without a grand scope like I think it wanted, feeling more like a few bumbling adventures around back-lot sets.

It doesn't help that the few times the show tries to feature a big set-piece it has to supplement it with poorly-rendered CGI. You can always tell when the series has to digitally edit in some period-style details because they stand out like a sore thumb. These moments pull the viewer out of the show, making you realize just how cheap and low-budget the show really is. This isn't helped by the fact that the action sequences, for all the talk of thousands of men battling each other, feel like a couple of rugby teams having a scrum on an open field. Scope and size is lacking as the show slowly slid to its ending.

In fact, I really have to complain about the way battles have been handled on the show in these later seasons. When the series started it had well constructed battles that showed the power, and usefulness, of the shield wall. Battles were strategic affairs and you got a good sense about how wars were waged back in the day. That kind of action gave way in more recent seasons, though, to the Vikings way of doing things: massive chaotic fields of battle where you can't tell who is who and everyone is just fighting everyone else, shields and walls be damned. That wasn't how war was fought and it makes this show feel so much dumber because of it.

You get the sense that the show does want to try and be historically accurate (despite having a fictional lead hero character as the focal point as Uhtred never actually existed). The costuming and sets do convey the period well, and the show goes out of its way to use the old names for locations and people. I appreciate the amount of research put into delivering a decent historical drama in some regards. Other times, the inaccuracies (like the obvious CGI, or the way later battles are staged) ruin the experience enough. It all becomes hard to ignore over time. 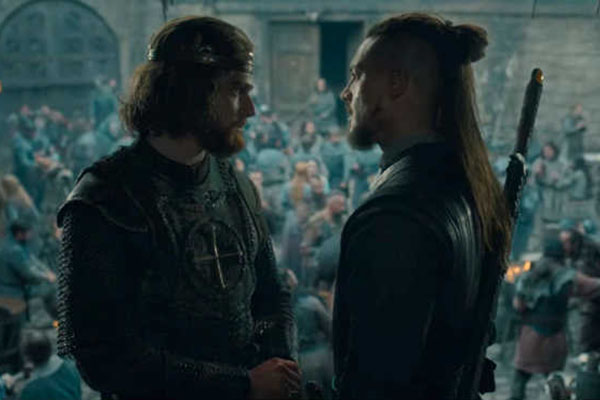 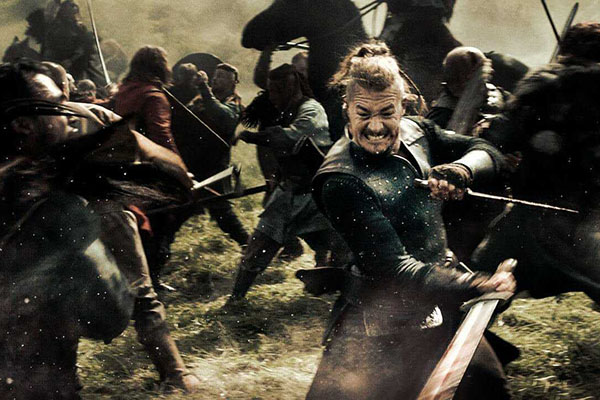 I didn't hate either of the latter seasons of The Last Kingdom but, honestly, I didn't come away with strong feelings about them in any way, shape, or form. The show is just fine, a decent little drama that feels like it was on a set course, start to finish. Considering it took five seasons for Uhtred to get back where he started in the series, I have to wonder just how many of the shows episodes (and machinations) were really needed. Could you have skipped a few episodes, or even seasons, and still gotten the solid gist of the show enough to enjoy the last few episodes where Uhtred reclaims his birthright? I think you could have, and that doesn't say much, then, for how the show pads out its story over time.

I know the show is based on a series of books and it followed the flow and course of those books over five seasons. I'd bet the flow of the story worked better in the books where you could fill in the period details yourself and the story didn't have to struggle under the low-budget and realities of filming a historical series in the modern day. Pacing was probably better and everything liked just goes smoother in the novels. Here the show never really manages to find its right pace, its proper scope, and just peters out after all this time. it's never bad, but it's never really good either, a bad place to be for its climactic final season.

The reason the show works is because of Dreymon and his charismatic performance. Outside of it, though, The Last Kingdom is pretty forgettable. There are bigger, better period dramas out there that nail the size and energy better than this little Netflix show. If you've stuck around all this time you'll probably be happy enough seeing the ending of the series. Maybe you'll even watch the movie when it comes out. I doubt, though, that once this series is over, you'll ever go back to watch it again. It's simply not that good.