Haven't We Already Tried This Milkshake?

Hollywood has a tendency to make multiple movies at the same time that all tap into the same ideas. Think Armageddon and Deep Impact, Volcano and Dante's Peak, The Prestige and The Illusionist. These kinds of duplicated films happen again and again (and we're not even talking about all the purposeful copycat stuff published by the Asylum). It just always seems to happen. 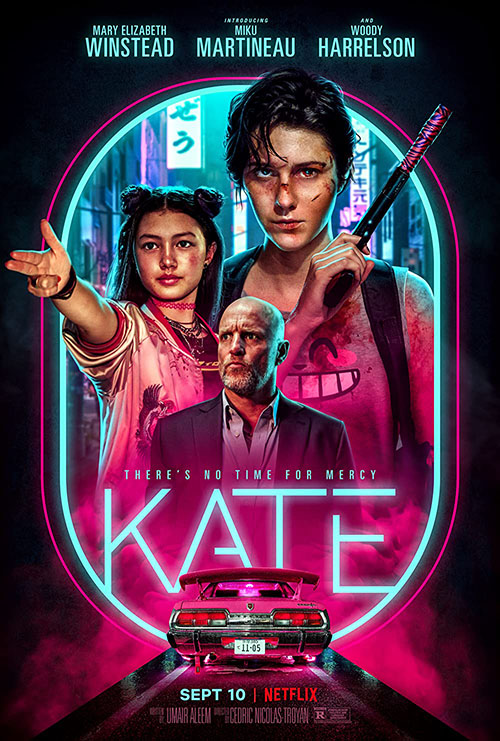 Kate, though, is the first time I think I've ever seen one studio release two films with basically the same premise within months of each other. Admittedly, that studio is NetflixOriginally started as a disc-by-mail service, Netflix has grown to be one of the largest media companies in the world (and one of the most valued internet companies as well). With a constant slate of new internet streaming-based programming that updates all the time, Netflix has redefined what it means to watch TV and films (as well as how to do it). and they generally just buy a bunch of films up from other, smaller development houses, so really instead of saying "Netflix made the same movie twice" it's more accurate to simply state "Netflix bought the same movie twice." That doesn't change the fact that we had Gunpowder Milkshake two months ago and now we have the very similar Kate come out just this weekend.

When I say the two films are similar we have to look at the basic plot points: Our heroine is a morally cold assassin -- here she's named Kate and played by Mary Elizabeth Winstead -- who, for reasons, was raised by her handler/father figure -- Varrick, played by Woody Harrelson) -- and who has to complete a mission to kill a guy that cross the wrong people. That mission ends up coming back to bite her when that murdered guy's family wants revenge. Oh, and the daughter of one of her kills is wrapped up in the whole story and Kate has to work to protect her. And then her handler betrays her and Kate is on her own, forced to save the girl and get revenge before it all goes pear shaped.

Now, some of the details are different. Gunpowder Milkshake was set in a very John WickStarted as a tale of redemption and then revenge (in that order), the John Wick series has grown to be a adynamic, reliable action series that doesn't skimp on the hard hits and gun-toting thrills, elevating Keanu Reeves as one of the greatest action stars ever.-inspired stylized world while Kate takes place in a more grounded (although not entirely realistic) setting in the middle of a Japanese city. And where the assassin from Milkshake ended up having a group of female assassins help her out, Kate eventually makes friends with rival Yakuza members and uses them as backup. But, overall you could easily line the two scripts up, outline to outline and just do a copy-paste job from one to the other as the film would end up the same.

About the only real difference between the two films is that Kate here is motivated to avenge her own death. Near the start of the film she gets poisoned with Pallonium-204, a very radioactive isotope that, once it gets into a human body, will kill them in 24 hours. This sets a hard deadline as Kate slowly starts dying over the course of her own film. It's an interesting choice, to be sure, and it does change one thing: her arc is that of redemption, yes, but she will very clearly pay for her sins by the time the credits roll because there is no cure for Polonium poisoning. 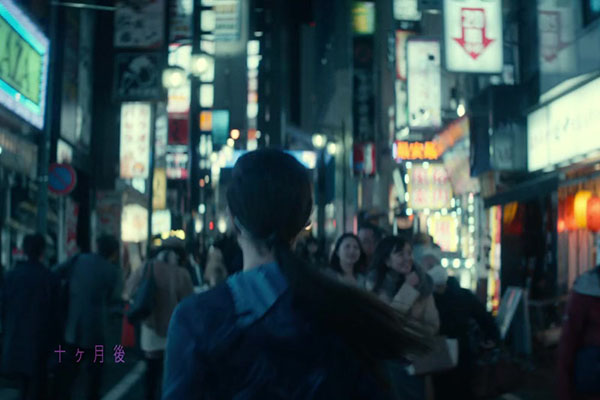 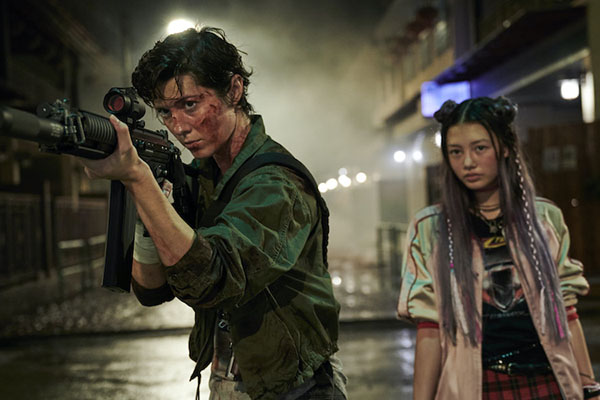 While I like that idea, and I think making the assassin actually die at the end (instead of how every other John Wick-style film lets the assassin get away in the end, one way or another). It does actually cause some serious complications to the plotting. Kate is dying and, more often than not, her body shows the effects of her slow death. The makeup is good hear, slowly showing the radiation burns she gets along her skin as she steadily dies. There are also times where she can barely stand, where the slow death is quickly catching up to her.

At the same time, though, the film needs her to be an action star which is hard to do with something that already has one foot (very deeply) in the grave. The movie tries to get around this by Kate hopping herself up on stimulants but, by the time to film rolls near it's end this workaround has already stretched credulity. Either she's a super-human killer or she's human but the film can never really make up it's mind about either and when the film can't convincingly portray her slow death it's hard to get invested in it.

Also hurting the film is the fact that the kid she's supposed to protect, Ani (Miku Martineau), is severely annoying. She lost her father a year earlier, yes, and that's done some things to her head, but it doesn't make her enjoyable to watch. She's basically a collection of otaku tropes and mean girl ticks and soon after she's introduced you already want her to die. And yet Kate is supposed to have some kind of motherly (or at least big sisterly) bond with the girl such that, by film's end, she's says that saving the girl "is worth it". No, she's not. She's awful and the film never makes her or her relationship with Kate work.

Winstead is fine as Kate. This isn't a character that stretches her acting ability in any way, but it is good to see more women getting action roles (Kate and Gunpowder Milkshake feel like reactions to the success of Atomic Blond). But we don't need every female assassin to find some lost kid to bond with so that we care about her (Atomic Blond didn't need that hook and it was better for it). Just let assassins be assassins and let the women find ways to act like bad-asses. Kate hobbles Winstead with a confused character and she never really manages to get her head around it. 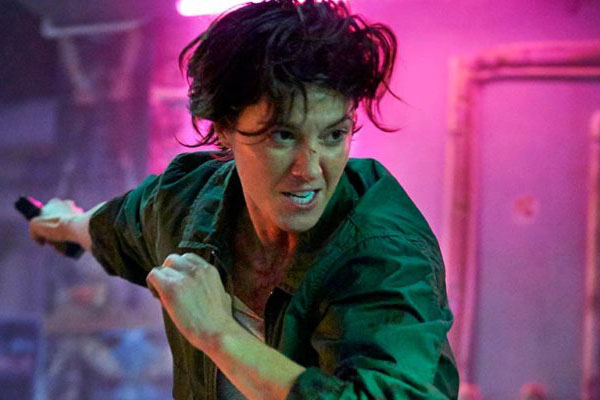 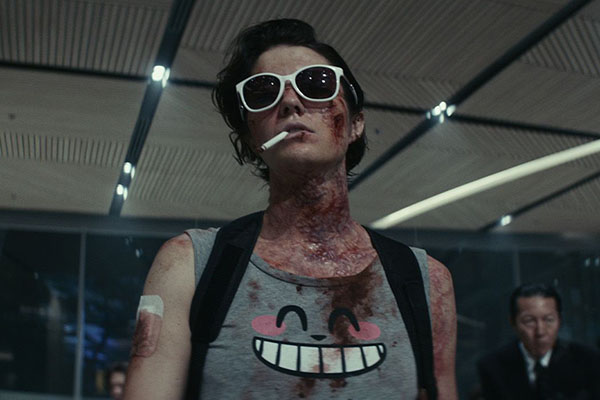 Worse, honestly, is that Winstead just isn't up to all the stunts the movie needs from her. The filming tried to cover for it but any time the film wants her to get physical the action falls apart. Winstead is, at best, workmanlike (work-woman-like?) with physical fighting. She's much better with gun-play, and she looks quite convincing when she holds a pistol or rifle. Clearly she spent time learning how to control firearms (or already knew it), but her punches and kicks are decent at best, unconvincing at worst.

But, really, this film doesn't work because we've already seen this basic story once before. Where Kate tried to be grittier and more realistic, Gunpowder Milkshake at least presented a fun and colorful world. That previous film had fun with its setting where Kate is way too serious to be enjoyable. Neither film works well, frankly, but when you have both available one is going to win. Kate had to misfortune to come out second and between that, and it's dour tone, it's hard to care about this also-ran.