I've been a fan of Lucifer since before it was kicked off the FOX network and found a new home over on NetflixOriginally started as a disc-by-mail service, Netflix has grown to be one of the largest media companies in the world (and one of the most valued internet companies as well). With a constant slate of new internet streaming-based programming that updates all the time, Netflix has redefined what it means to watch TV and films (as well as how to do it).. It wasn't what I'd call a "great show", but it did have its charms, along with a very game cast, and that helped to carry it along. I know there are fans that are annoyed with the show because of it's ties to Sandman from DC ComicsOne of the two biggest comic publishing companies in the world (and, depending on what big events are going on, the number one company), DC Comics is the home of Superman, Batman, Wonder Woman, and just about every big superhero introduced in the 1930s and 1940s., and the fact that the show deviates quite a bit from the source material, but for the uninitiated the series started reasonably strong and carried itself well through its early seasons. 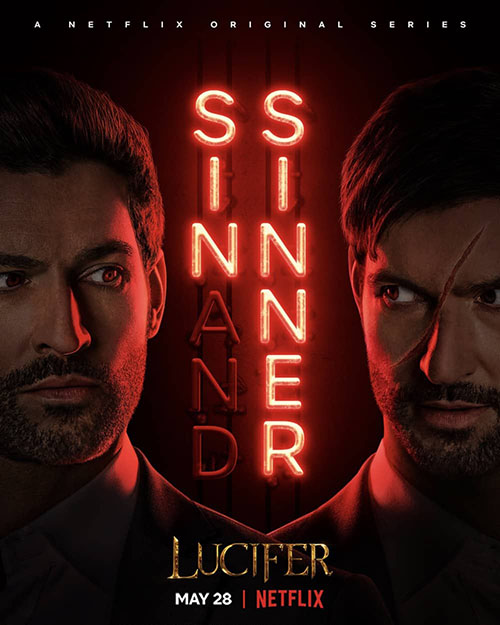 The first half of Season 5, though, was a different matter. This half-season showed a series that was starting to run right off the rails. While it didn't retread material -- although, with a show that is mostly a police procedural, formula and retreading is the order of the day -- but it certainly didn't feel fresh or new anymore. That, coupled with material that was getting long-in-the-tooth, bits that were getting beaten into the ground, and general unwillingness to let the characters progress too far, left the show feeling stale and, at times, pretty painful to watch.

That being said, by the end of the half-season the show did manage to find some momentum, enough that it could leave fans with hope that the back-half of the season could take that momentum and really carry it forward. Sadly, having watched the back end of episodes (and then forgetting I'd even done so for a few weeks), I have to report that the show did not manage to build up its momentum like it needed. Instead, this back order of episodes falls into the same problems as the front order, generally just circling its same stories, again and again, without much progress right until a sudden push to the end of the season. It's tiresome and not at all the fun show it used to be.

At the end of the last half of the season, Lucifer, Michael, and Amenadiel had been fighting because, well, Michael was a manipulative dick. That was when God (with the big "G") arrived to stop his sons from fighting. Now, in this back-half, we find God hanging out with his boys, learning about each of them on a more personal level while also experiencing Earth from the perspective Lucifer had for a whole host of years. With this new perspective, God makes a big decision: he wants to retire, to pass the "God" title on to one of his children (while he goes off to another universe with his once-and-future wife, Goddess). But who will the new God be?

Obviously, as everyone but Luci and Amenadiel think, Lucifer would be the worst choice. They all want Amenadiel to be God but he doesn't want the role, instead choosing to stay on Earth with his human son. The two main candidates are Lucifer and Michael, and most of them choose Michael over, well, the Devil they know. Problem is that Michael is still an evil, manipulative dick and, despite the fact that the rest of the angels can't see it, Michael would be the worst choice to be God. Lucifer has to figure out how to stop Michael and get the title of God for himself just so he can save the Earth (and everyone he cares about on it). 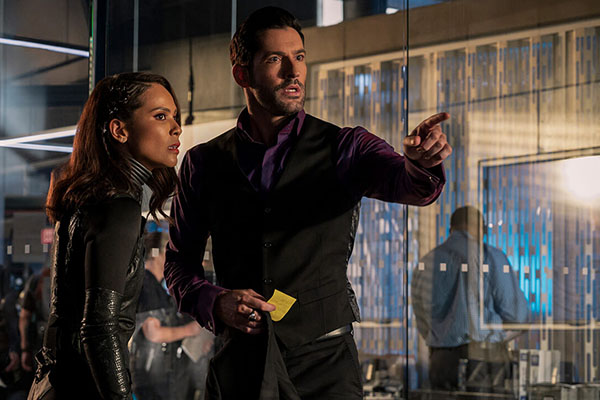 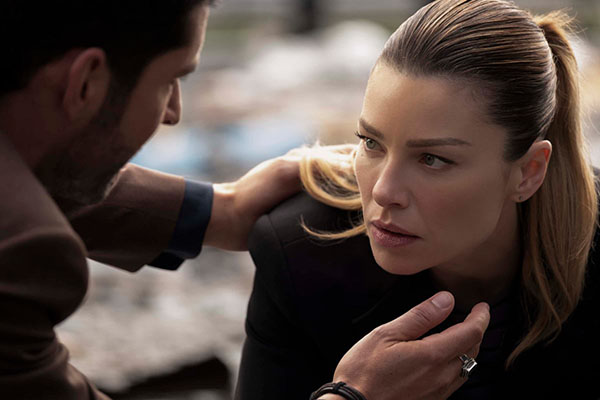 At times this half-season of Lucifer does work. It has sparks of the lightness and comedy that made the show so watchable in its early seasons, and it also manages to find heart, a bit of soul for all its characters that keeps you interested and invested. That's the great trick the show has pulled over five full seasons now: making you care about the Devil so you view him as more than just the King of Hell. There are some moments like that here in the fifth season, but they're few and far between.

Most of the time, though, the show just meanders, putting the characters -- Lucifer, Amenadiel, Decker, God, and everyone associated -- in dumb situations where they yell and annoy each other instead of actually talking things out. That's something that really pisses me off in shows, when people just won't talk (or, by the same token, won't listen). Characters on Lucifer do this all the time -- it's part of the formula at this point -- where they'll say one thing but someone else will hear something different, or they'll simply clam up and not say anything at all, and the show drags all their storylines out via bad communication. I can't stand that.

And even when they do talk, it's just to put the characters in another "wacky" situation, something that's supposed to be funny but isn't. The worst offender here is the "musical" episode where, for some reason, God decides to make everyone around Lucifer (and often Lucifer himself) sing and dance to warmed-over karaoke hits. Don't get me wrong, some of the stars can sing and dance well, but none of the musical numbers they perform are at all good, and it's all done because, for some reason, the producers though it would be fun. The music doesn't further the story, nor do most of the other "wacky" situations, and it all just amounts to little more than annoyance.

This is they compounded by the generally meh finale. It's Lucifer vs Michael without any of the budget to showcase a war among the angels. Instead of a great battle on the streets of L.A. we get about a dozen people, with CGI wings, standing around on an empty football stadium with very little action but a whole lot of blustery talking. This was supposed to be the climax of the season, where the story (and perhaps the story of the whole series) was building, and it all amounts to a let down of everyone in the show. 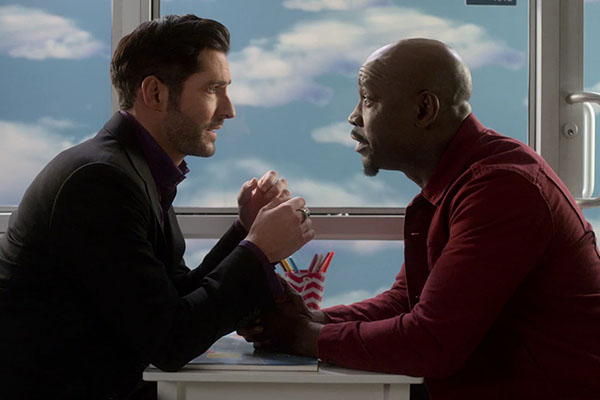 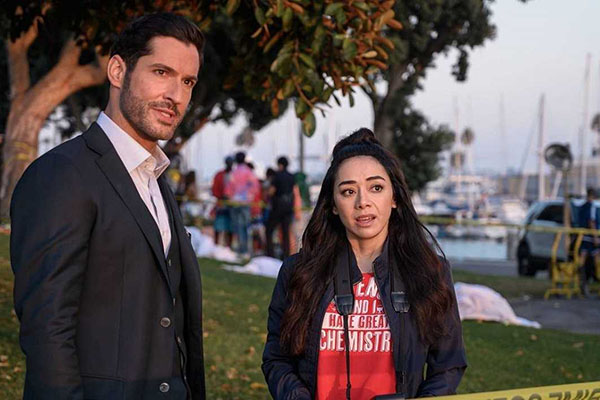 The later episodes in the half-season are better than some of the early ones (especially once God, and his wacky energy, leaves the series), but that doesn't make for an overall good season of the series. This whole season, parts one and two, has been incredible uneven, with some solid highs but a ton of lows as well. If I hadn't already watched through four-and-a-half seasons I liked would have quit this show this season and not looked back, but it was just pure narrative momentum that kept me coming back. Well, that and the still winning performance of lead actor Tom Ellis.

There's only one season of the show to go, and that's clearly for the best. This is a show that's really losing its energy, forgetting what made it such a fun series at the start. I doubt the show can manage to recapture that spark that made special; at this point I just hope that the last season of the show doesn't get so much worse I actually have to turn it off despite being this far into the series. Don't suck, Lucifer, that's all I ask.