It's Ladies' Night, and the Magic is Right

Masters of the Universe: Revelation, Part 1

Masters of the Universe is a surprisingly resilient franchise. I don't mean that it's any good -- the original show was just an excuse to sell toys and the animation, and story quality, more than showed that -- just that for a franchise about big, burly dudes that all seemed to have the exact same body type, He-Man stuck around. Popular enough to launch it's own spin-off, She-Ra: Princess of Power, those two sides of the franchise have stuck around, in shows, comics, and toys, since 1983 and keep getting new versions. 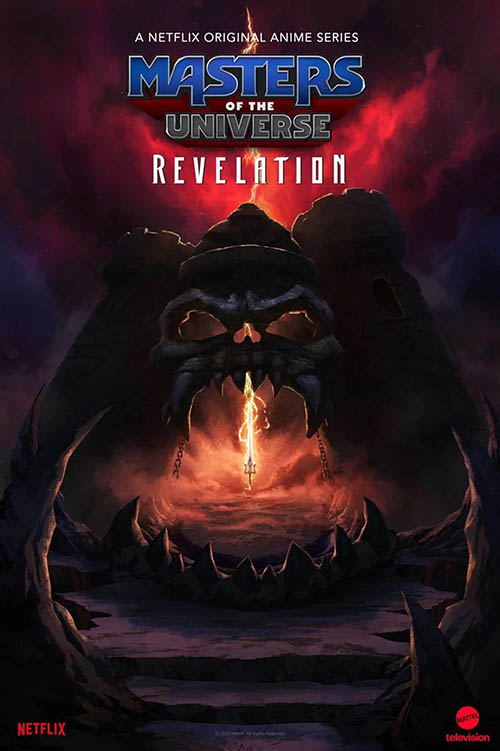 NetflixOriginally started as a disc-by-mail service, Netflix has grown to be one of the largest media companies in the world (and one of the most valued internet companies as well). With a constant slate of new internet streaming-based programming that updates all the time, Netflix has redefined what it means to watch TV and films (as well as how to do it). picked up the rights to the Masters of the Universe franchise and produced the well received She-Ra and the Princesses of Power in 2018. A reboot of the original continuity, that show gave us a new take on She-Ra free of her big, burly cousin (I think he's her cousin), Prince Adam (aka He-Man). Now we have a return of the macho man himself, but instead of a reboot this new show, Masters of the Universe: Revelation (of which the first part has been released with a second half to follow), acts as a continuation of the original cartoon from all the way back in the early to mid-1980s (throwing out all the other sequel shows that cropped up in the interim).

And, you know what? It's actually pretty good. Spearheaded by Kevin Smith (who we generally like to talk smack about on this site), this show actually shows a lot of love and care, giving us a proper continuation of the show but aged up for all those fans from back in the 1980s who are much older and ready for a show with a little more depth and nuance than the original series. The first episode plays like its going to be just another episode of He-Man, but then it takes a turn and suddenly it's a whole new, and much more interesting, ball game.

In Revelation, we watch as the Sorceress (Susan Eisenberg) in charge of guarding Castle Greyskull (the font of all magic in the universe) gets duped by Skeletor (Mark Hamill) and his men. This requires Prince Adam (aka He-Man, voiced by Chris Wood) to pull out his magic sword and become his alter ego while the rest of his crew -- Teela (Sarah Michelle Gellar), Man-At-Arms (Liam Cunningham), Orko (Griffin Newman), and Cringer (Stephen Root) -- join him on the field of battle. All of this, though, was a ruse to get He-Man to release the magic of the castle so Skeletor could claim it as his own. To save Eternia Prince Adam splits the sword of power (that gives him his strength and alter ego) in twain, with the resulting magic explosion preventing the quick death of Eternia, but it does wipe Adam and Skeletor away.

Aggrieved at realizing she was lied to this whole time about who He-Man really was, Teela throws aside her title and leaves the kingdom to find herself. We pick up with her much later, now working as a bounty hunter along side her tech-friend Andra (Tiffany Smith). The magic of the land, though, has been slipping away, a fact even teela is forced to notice. When Evil-Lyn (Lena Headey) enlists them to help save Eternia, teela and Andra grudgingly agree, sending them on a quest to Heaven and Hell to retrieve the two halves of the Sword of Power so they can reforge it and recharge the magic of the land. 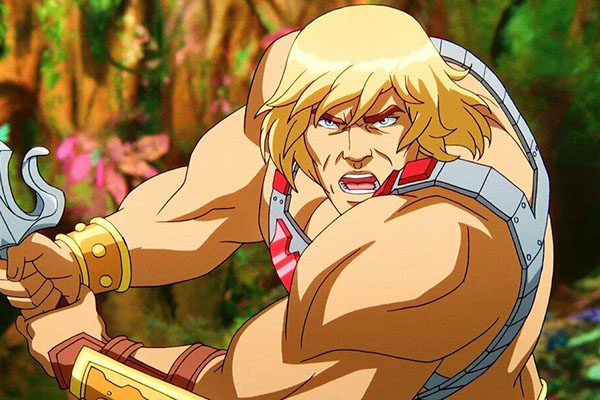 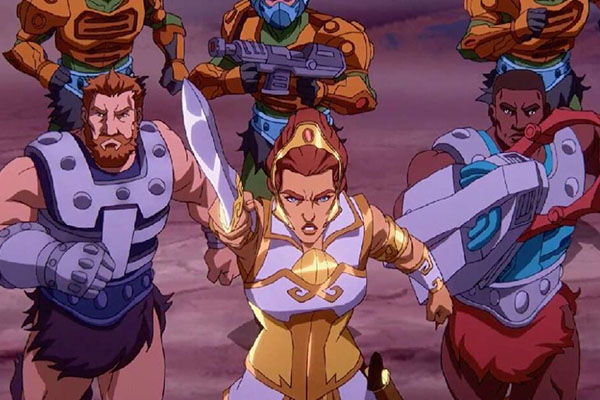 At the outset the show does appear like another episode from the classic series. The style is right, it sounds right, and while the voices are, of course, different (new actors filling in after a 40 year gap), they don't feel out of place. This show lovingly recreates Eternia of old to get all the classic fans settled in... and then it yanks the rug out from under them. No He-Man, no Skeletor, just their "side kicks" on their own adventure. Sure, the hero and villain do show up, but they're largely in flashbacks as we get a new, and more focused, story.

Kevin Smith and his team have gotten a bit of flack for this decision, with certain people (read: jerks and morons) Online complaining about how, "they made a He-Man show all about a woman!" Somehow that's a bad thing, this despite She-Ra having existed, with her own show, for years. And, frankly, it's not like the show didn't hint about it: it is called Masters of the Universe: Revelation without the big guy's name in the title. It gives us exactly what it promises. Anyone complaining that this somehow ruins their childhood needs to readjust their entitlement.

Frankly I liked this new perspective on the show. Teela gets to be an interesting and more fleshed out character now that she's been released from He-Man's shadow. She gets agency, she gets a whole storyline, and she gets to grow as a character. Heck, the show uses its episodes to add depth and growth to all its characters, using the void left by He-Man and Skeletor to explore what actually makes the heroes and villains tick, seeing what they'd do if left to their own devices. It's really quite interesting.

In fairness, not every episode of the show clicks. It drags a little bit in the fourth episode (of five), with the journey into the underworld being surprisingly underwhelming. But even in this "down time" the series still manages to find moments to add depth to even the most annoying characters, like Orko and Evil-Lyn. The series does a great job of making you character about everyone featured as they go on their own journey, and if you thought that would be impossible to do in a Masters of the Universe show, you're in for a treat. 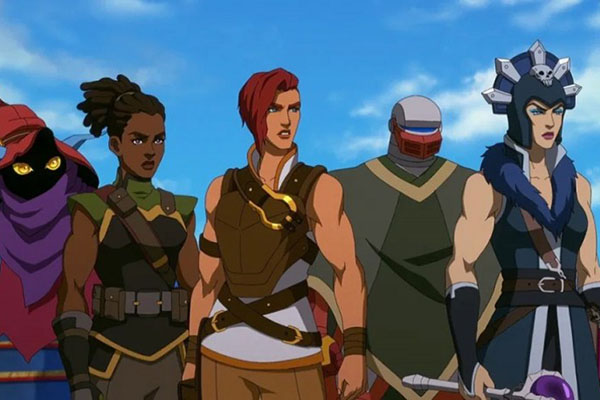 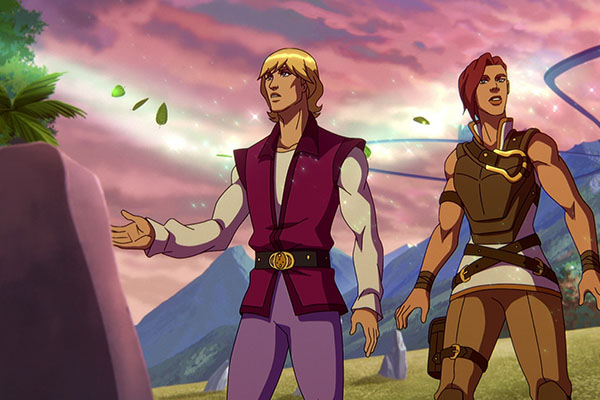 The biggest issue I have with the show is that it's over so quickly. This first part is only five episodes and I do feel like it rushes the adventure just a little. It could have done with being eight episodes or so to give some of the situations, and the quest as a whole, a little more breathing room. At the same time the series ends on a cliffhanger just as it's getting some great energy going and to have that happen after only five episodes feels really bad. You're left wanting more, which is great, but the brevity of this first part makes it feel like an appetizer instead of a full meal.

Regardless, though, this show is well worth watching. Whether you sample all five episodes now or wait for the other half to drop so you can see the complete arc, make sure to set Masters of the Universe: Revelation in your Netflix queue. This show did the impossible: it made me interested in He-Man again.