All About the Girl

To say that anticipation for the second season of The Witcher was high would be an understatement. Whether expected or not, Netflix ended up with an absolute monster of a ratings hit on their hands (at least by the standards of the current streaming wars) and has been doing everything they could to make hay from it. They put out a behind he scenes series about the show, along with an anime prequel all in support of the first season and it's upcoming second. People wanted more Witcher and they wanted it now. 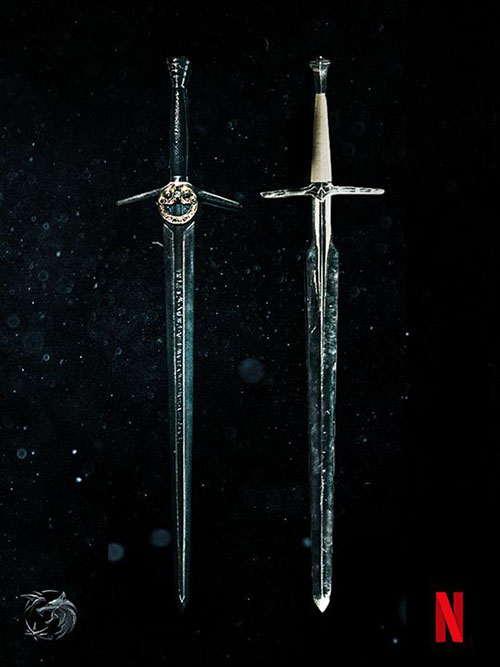 It did take two years for the second season to come along, in part due to COVID as many other reasons, but now that it's out everyone that's been demanding the show has likely already sat down for the appointment viewing. And... well, I don't know about most people but I thought the second season was fine. Bear in mind I loved the first season (it was so good I watched it three times and reviewed it twice. The first show was dynamic, interesting, effecting, and with an interesting story-telling hook that played itself out slowly over the season. With its second season the show had to try and keep everyone that had been hooked in engaged when the original central mystery has been explained and adventure has to move on to its next phase. It's here, though, that I feel like the show stumbles.

The second season of The Witcher right about where the first season left off. Geralt, now with Ciri in tow, head to the battlefield where Yennifer blasted away the armies of Nilfgaard with her fire magic. She also seemingly disappeared in that moment, presumed dead and burned up by her unleashed power. Sad, Geralt leaves with Ciri heading northward to the home of the Witchers where they can both be safe. Meanwhile Yennifer, not dead, has been captured by the Nilfgaardians... and then the elves, all of whom want to use her was one kind of sacrifice or another. And, unfortunately for Yen, it seems that her Chaos Magic, the very thing that gave her all that power, has abandoned her, burned out when she unleashed the flames.

All three characters will eventually wander back into each-others lives, though, because, as we soon learn, Ciri is the key to... everything. Within her is a power older than the era of Man, a gift that also acts like a curse, and more than one group is just itching to get their hands on her and her power. And that includes the Deathless Mother, a nasty creature around since th conjunction that gave birth to the current era of civilization. Trapped ad sealed away, the Deathless Mother wants nothing more to escape her Ciri's power could help her do just that. geralt has to keep the girl safe, and train her to fight, if they're to have any chance of protecting the world (and each other).

The thing I liked best about the first season of The Witcher was that it's main story was a slow play, coming out over ten episodes without you even realizing, for a long while, that there was a serialized story running in the background. Most episodes were "case of the week" affairs seeing Geralt taking on one monster or another, having interesting adventures that helped to flesh out the world, and the main characters, without getting too deep into serialized drama and junk. it made for a very easy watch that was entertaining and action-packed in equal measure. It also had a timeline that was very twisty, looping in and around the various characters across three eras before they slowly all came together. It made not only for a satisfying first watch but a very rewarding re-watch. 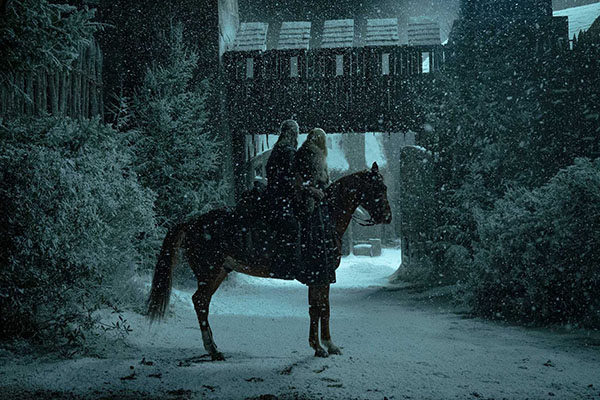 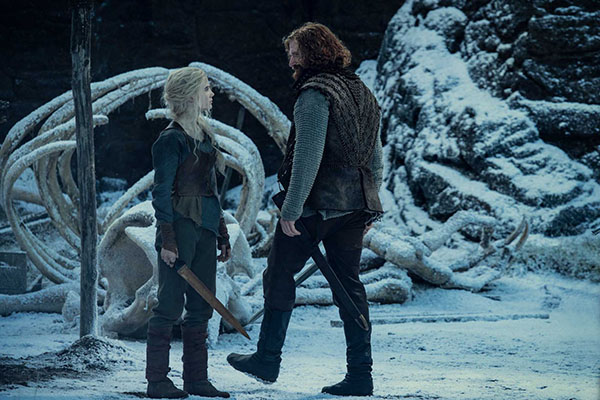 The first thing that has to be noted about this second season is that all of that storytelling structure has been thrown aside. Most viewers (or at least the most vocal ones) said they were confused by the way the first season was told. Apparently the producers listened to this feedback and, as per their own words, decided to make something much more straight forward and linear. While that might make the season less "confusing" it also makes it much more drab and dull. That sense of wonder, of adventure, is missing this time around, replaced with a very heavily serialized story focused almost entirely on its main plot.

By shifting to a more traditional story structure, though, the series falls into the trap of simply doing what everyone else does. The first season is remarkable, in part, because it doesn't really feel like much else that's been produced for fantasy television. By contrast, the second season of The Witcher feels like every other high fantasy show out right now. Hell, I watched this season in and around episodes of Amazon's The Wheel of Time and the two shows felt interchangeable. "Are these cloaked woman the mages of this town or the mages of that town?" That special spark of the show was lost.

In its place: another generic storyline of good protecting against evil. here the first season was big on myths and monsters, letting Geralt fight all manner of beasts as it fleshed out the world, this time around Geralt is totally in protector mode, focused on Ciri. For her part Ciri goes through the standard, "I'm an orphan now so I need to toughen up" arc mixed with the "this girl can be just as good as the boys" storyline. It all culminates in a "Ciri gets possessed by evil" plot and if you expected the show to do anything other than the usual, "hero implores the girl trapped inside her body to 'fight it'" shtick then you expected wrong. It was as generic and trope-riddled as you would expect.

That's not to say everything about this season was bad. The production quality is just as good as before, with plenty of lovely sets that still evoke the feel of a lived in world. The costuming is great, the action is solid, and the whole of the show feels rich and inviting. This is one place where The Witcher excels over The Wheel of Time as this show feels like it has a bigger budget and more of it was put on screen than Amazon's "slightly better than the CW" production values. 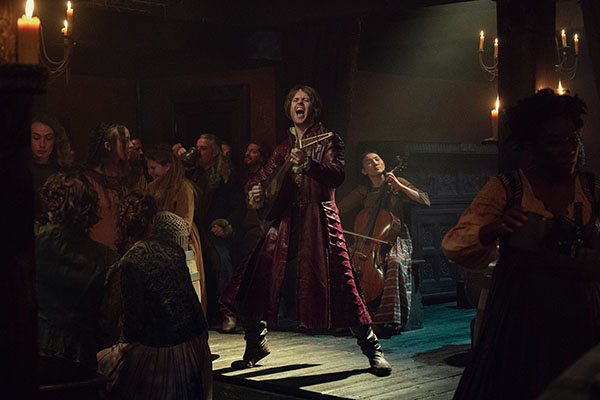 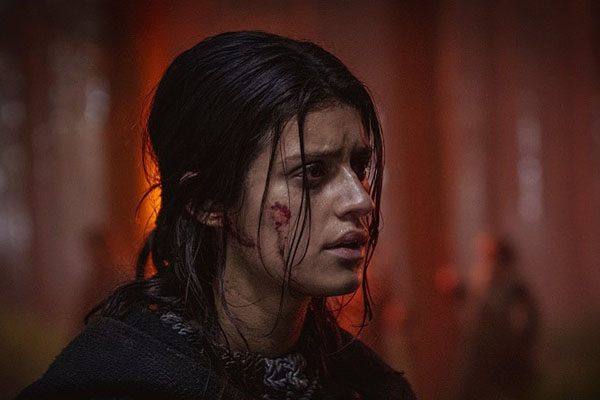 And the cast is as solid as you'd expect. Yennifer doesn't get nearly as much to do this time around, and her arc isn't as interesting -- she's basically put in the place of "villain flunky", which doesn't feel like a great fit for her character -- but actress Anya Chalotra plays her well. Ciri is still developing as a character, and she's certainly stuck with the arc that feels the least interesting (even if she's in most of the scenes of the show), but you can tell actress Freya Allan is game for whatever the show throws at her. Meanwhile, Henry Cavill is, as always, the back bone of the show. His performance is gruff and gravely but there's deep emotions, and solid acting, all beneath the surface. He can say more with a grunt than all the other characters can with pages of dialogue.

There are plenty of moments individually that work really well. Any time the bard, Jaskier (Joey Batey), shows up is a treat, even if he's not in this season as much as last season), and there are still some twisty moments that play really well (the eventual play of the Deathless Mother is at least somewhat interesting). Some episodes work well enough, and there are scenes, characters, and interactions I liked. The problem is that so much of it just kind of blends together; there aren't as many solid individual episodes I can remember, or solid storylines that, on their own, works so well individually. By moving into a fully serialized story the show sacrificed the individual episodes that carried and pushed forward the first season. We're hard on the Ciri story, so we get eight episodes effectively all about her instead of eight about the world of The Witcher. The show invests it all on Ciri, make or break, and it very much breaks under the strain.

I didn't hate the second season of The Witcher but I also didn't love it nearly as much as what came before. It's fine, and still a very decent fantasy drama. After the heights of the first season, a perfectly engineered eight episodes of story, it's just sad to see the show settle into a groove that doesn't really suit it. I'm sure plenty of people will like that the producers refocused the show and took their feedback to make something more linear and serialized. For me, though, the second season just doesn't hold a candle to the what came before.