Humanity is Screwed, So Let's Shoot a Dude to a Moon...

As I noted in my review of Anon, NetflixOriginally started as a disc-by-mail service, Netflix has grown to be one of the largest media companies in the world (and one of the most valued internet companies as well). With a constant slate of new internet streaming-based programming that updates all the time, Netflix has redefined what it means to watch TV and films (as well as how to do it). has a lot of awful movies. We're not just talking about the ones they license from other companies, like all the dreck The Asylum produces, but actually movies Netflix has made (or at the very least, co-produced). These are movies that, in a previous era, would be direct-to-DVD fare -- decent, but not great, and certainly not something a studio signs its actual name to (usually distributed under a subsidiary, like Fox Searchlight or the like). But everything Netflix makes has the Netflix name, which essentially means that, for the most part, if you're going to watch a Netflix movie you know it'll probably suck. 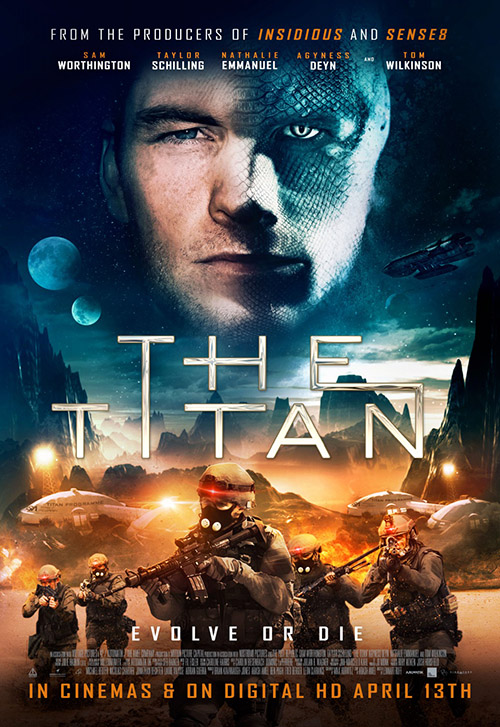 The Titan is a Netflix movie. When I saw the Netflix symbol show up, I let out a long sigh. I mean, I'd already been expecting something half-way awful when I saw Sam Worthington was in it (whose big claim to fan was being the lead character in Terminator Salvation before everyone realized he kind of sucked and his career fizzled out). Here he stars as one of many candidates for the Titan program. These astronaut-hopefuls all hope that, via genetic modification, they will be able to turn into so called "Titans" so they can be sent to Saturn's moon, Titan, to... well, supposedly to save humanity. As per the story of The Titan within 10 years Earth will die and if we don't all find a new home (Titan, apparently), we're right fucked.

Of course, Titan is not a fun place for humans to go to. It's got methane and nitrogen for an atmosphere and the temperature is cold enough to kill a human. Thus why the astronauts are slowly being modified. We watch the early testing program as these astro-maybes get regular shots and then spend more and more time in cold, awful, simulate atmosphere to see if they have what it takes to become Titans (on Titan, as part of the Titan program, shown in the movie The Titan).

The first half of the movie is actually kind of interesting. The logic behind the program doesn't really make a lick of sense, but if you shut your brain off it's kind of fun. That said, a late-movie twist kind changes it from a movie about space and hope and shit to a weird bio-thriller and kills all the narrative momentum. Seriously, the twist comes out of nowhere, completely changes the movie, forces us to accept a bunch of new facts quickly... and then the film just kind of ends. It's really bad. Another half an hour to flesh out this part of the movie or, really, just ditching this part and doing something more in-line with the hour or so that came before, would have been so much better.

And, really, let's think about this whole plan to save humanity here. So they modify twelve or so people, somehow who aren't going to survive the program (and that's stated flat out at the beginning of the movie), so they can send these survivors to Titan to, what, see what happens when humans are on Titan? It's not like these people can repopulate the whole of humanity (you need anywhere between 4,000 and 40,000 people to setup a successful, long-term colony without it eventually becoming an inbred backwater and dying off). And if this whole genetic modification system is so hard that even the best-of-the-best, super-healthy, proto-astronauts can only barely survive it, what the hell is the rest of humanity supposed to do with it, especially if we only have 10 years left? 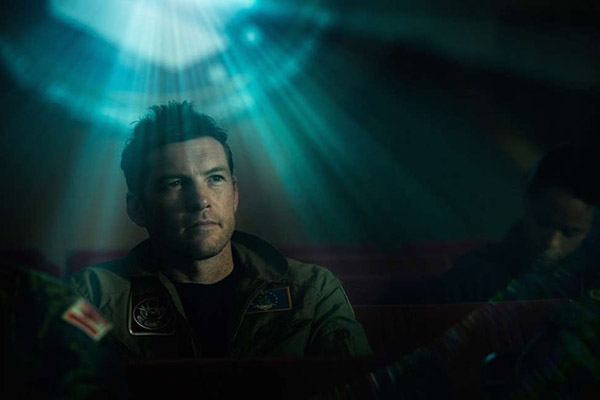 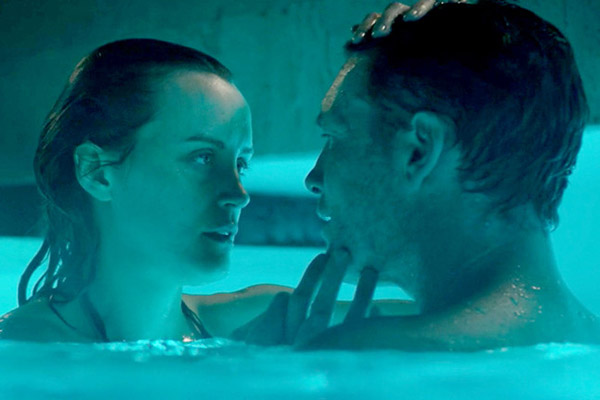 Okay, fine, it's a low-budget shlock-fest, then. Let's not think too hard on it and just try to enjoy it as a B-movie. Against that metric the movie still isn't very good -- it's got a slow, methodical pace that suit a thinking movie about humanity's future, but it doesn't have the dumb fun or big scares to qualify as a good b-movie bio-thriller. There's not a lot of gore, and what horrifying images we should be able to see are filmed in such a way, with bad angles and dark lighting, that it obscures whatever the hell is going on (probably due to budget constraints). It's hard to care, let along be scared, if we can't see anything.

Really, long term, nothing in the movie really works. Sam Worthington is just kind of fine as the lead astronaut-hopeful. He's there. He exists. He spends most of his time bland and easy-going. Having now seen him in two movies, years apart, where both characters were bland and just kind of there, I have to assume this is his whole range of emotions. The man cannot act and should not be left to anchor a mid-budge bio-thriller (or any movie, really). Taylor Schilling, as his wife, is also just kind of okay. She at least has some range of actual emotions, but she's never really believably affected by anything happening, largely because she has no chemistry with Worthington. But then, can anyone have chemistry with the dude? He's a sucking void of anti-acting.

Maybe we really should send him to Titan. As part of a documentary. That would at least be a more interesting movie than The Titan. If they make that movie, I'd recommend watching it. Just don't watch this one. You'll be bored and disinterested, just like Sam Worthington in this movie.