The Night Comes for Us

While I'm a big fan of action and horror movies, my tastes when it comes to martial arts films is a tad more selective. There aren't a lot of fighting movies that really have grabbed my interest over the years -- even the ones I really liked don't to stay on my repeat watch list for any length of time. Some crossover hits, like The MatrixA speculative future story with superhero and anime influences, The Matrix not only pushed viewers to think about the nature of their own reality but also expanded what filmmakers could do with action sequences and filming. It then launched a series of movies, games, and comics, creating a franchise still talked about today., are great fun to watch over and over again, although I don't think most of us would consider those straight martial arts films (no matter how much kung fu Neo may know). 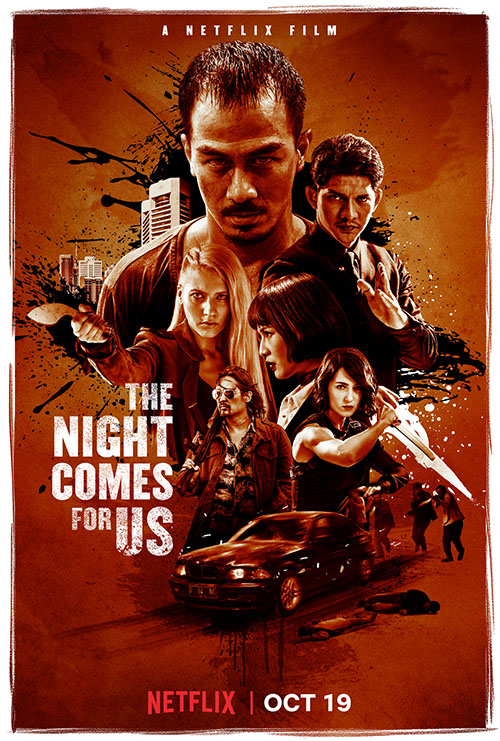 Actual, full-tilt martial arts films don't hook me the way horror or superhero actioners do. I can enjoy them for what they are -- big men hitting each other with fists -- but, honestly, most of the movies I've watched have seemed fairly shallow. Maybe I'm just not watching the right ones (although this better not turn into another argument over a genre like I've had over anime), but so far, after all the various movies I've seen in the genre, few have really struck me a timeless pieces of art.

And maybe they aren't supposed to be. Certainly I found the appeal of The Raid: Redemption, with a group of people fighting their way all the way up the top of a building. That was certainly a shallow movie with almost no plot, but when you have a solid hour-and-a-half of people punching each other, floor by floor, up a building, who cares if the story is lacking? In those moments I can see the appeal, even if by the end I still give the overall experience a shrug. Was it fun? Sure. Would I watch it again? Eh...

With that in mind, though, I elected to watch the NetflixOriginally started as a disc-by-mail service, Netflix has grown to be one of the largest media companies in the world (and one of the most valued internet companies as well). With a constant slate of new internet streaming-based programming that updates all the time, Netflix has redefined what it means to watch TV and films (as well as how to do it). actioner, The Night Comes for Us. Many reviews of the movie billed is as a natural successor to the crown of The Raid, a brutal actioner with non-stop violence. And while, sure, the trailer makes it look like the movie is wall-to-wall hits and smacks and blood and gore, the film is not quite as everyone seems to describe.

In the film we're quickly introduced to Ito (Joe Taslim), a high-level enforcer for the Triads. These enforcers, called the "Six Seas", handle all the truly dirty wet-work for the criminal gang -- when someone steps out of line, like a village skimming product off a drug shipment, a Six Seas enforcer steps in and deals a harsh, final lesson, usually by wiping out everyone in the village (it's a lesson for others as no one in the village is learning anything from their mistake). That's the setup at the start of the movie: Ito and his flunkies come to a village, kill nearly everyone, but the Six Seas baddie isn't able to kill the last surviving little girl, Reina (Asha Kenyeri Bermudez). Instead, he kills all his men, takes the girl on the run, and never looks back. Now he has the Triads on his tail, and he'll have to fight his way to freedom. 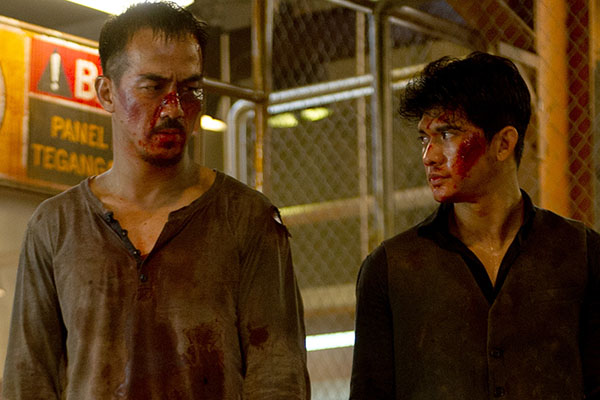 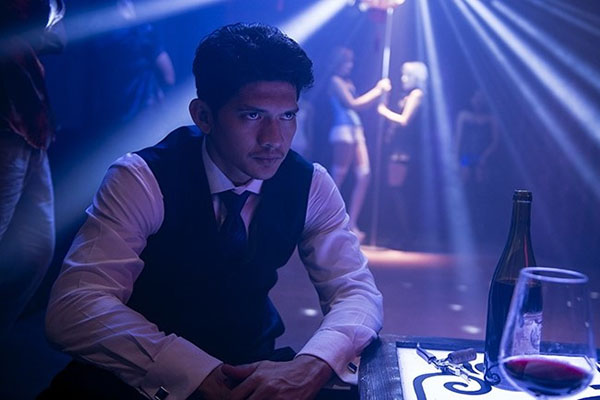 Certainly, Night doesn't have that special of a plot. The whole, "I have to save this little kid" plot line has been done multiple times, in multiple genres, from The Golden Child to Mercury Rising and any number of other films (we could spend hours listing them all). It's a tried and true trope, to be sure, but that doesn't make it creatively or narratively interesting. Doubly so in this case and Reina isn't a character so much as an object to be moved around. The film focused much more on Ito's actions than anything going on with Reina, leaving her as little more than a plot device.

Not that the film is really interested in Ito as a character, either. While his actions are understandable to a normal, non-criminally engaged person, the film never really gives us any way of understanding why someone like Ito would drop his entire life to save a single little girl. Certainly, the film makes it sound like this isn't the first time he's had to wipe out everyone in a village, children included. What's so special about Reina? Why is she the first person he's decided to save in his miserable life at the top of the food chain? The film certainly doesn't elaborate on it, simply giving him a "flash of conscience" before he turns on everything he knows.

Even then, this wouldn't be such a big deal as there are so many other characters we could bond with. his one-time friend, Arian, is played with gusto by The Raid star Iko Uwais. This character is presented as a bad guy, but he's a colorful, interesting character given a lot of back-story, fleshing out, and detail. He's everything Ito should have been, but somehow we're supposed to bond with Ito instead for... reasons? A better film would have made Arian the star or, barring that, had him be an equal on the grey-side of the line, someone that, at the end of the film, could have taken over the cause of saving the girl when Ito potentially falls. That's not the story we got, but it's certainly more interesting than anything the film does with him, Ito, or Reina.

So without a solid story or good characters to really rely on, we're left with the action to sate our storytelling needs. Here, at least, the film is much better. In small confrontations, especially in one-on-one battles, the movie really sings. There's a sequence in an apartment halfway in with two of Ito's pals, Fatih (Abimana Aryastaya) and "White Boy" Bobby (Zack Lee), taking on wave after wave of Triad goons, fighting them all off as weapons are used, scenery is destroy, bones are broken, and bodies are left beaten and defeated. It's a great, long sequence. A follow up between three female assassins -- The Operator (Julie Estelle), Elena (Hannah Al Rashid), and Alma (Dian Sastrowardoyo) -- is brutal, bloody, and awesome. And, of course, the final fight between Ito and Aryan is masterful and horrifying in equal measure. These are the fights the movie is billed for, and on this moments it more than delivers. 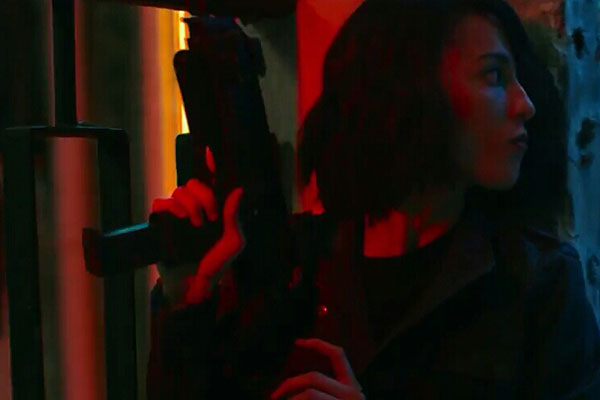 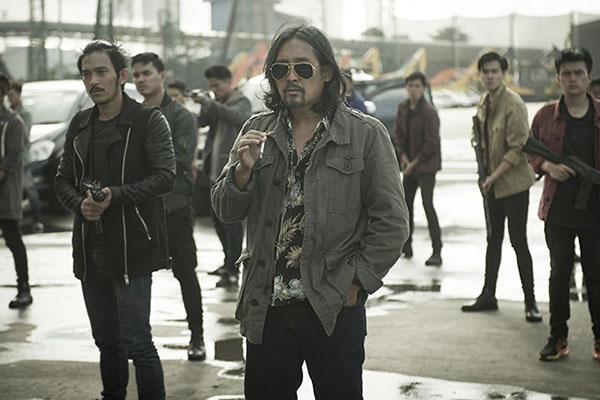 Sadly, there are a number of sequences that just aren't anywhere near as good be comparison. Any time Ito has to take on a large group in an open space, from the back of a butcher shop to a warehouse/pool hall late in the movie, the film loses all sense of how to stage these battles. Every one amounts to Ito taking on one thug at a time while the rest of them are clearly dancing around in the background, politely waiting their turn to be kicked. I couldn't get into these sequences at all because of how staged they looked -- it ruined the illusion of what I was watching, and then went on far too long to boot. The film would have done better to re-stage these fights in long hallways or close-quarters rooms to avoid breaking the scene.

By the end I was left unsatisfied by The Night Comes for Us. Some of the fights are great, to be sure, but plenty of times I was just bored by what was going on in the film. Bad actions scenes, unlikeable characters, and a barely-there story hobble a film with a few otherwise great moments. It's just another in a long line of martial arts movies I enjoyed at the time and will never watch again.