Drivin' Round the Hood

I am generally not one for lawyer dramas. Hell, the whole Hollywood "law and order" media complex doesn't really thrill me. There are the occasional shows that have good episodes, sure, but by and large I struggle to buy into the formula of these various shows. A case arrives, the lawyers have to stand up in court and, if they're the prosecutors, get the guy convicted or, if they're the defense, get them off. There are twists and turns that are easy to see from a mile away, and it all ties up with a neat bow however many episodes it takes. Lather, rinse, and repeat. 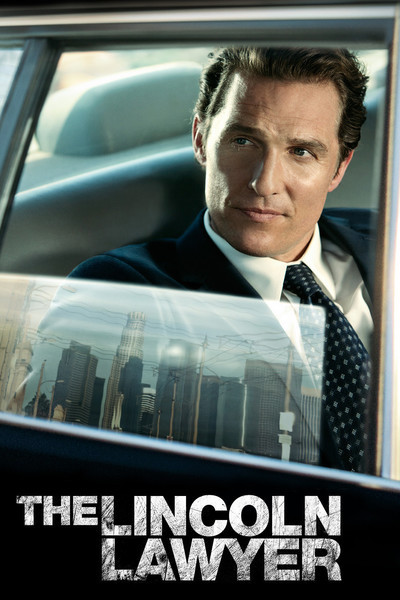 I aired similar thoughts when I took a look at the whole of the Amazon PrimeWhile Netflix might be the largest streaming seervice right now, other major contenders have come into the game. One of the biggest, and best funded, is Amazon Prime, the streaming-service add-on packing with free delivery and all kinds of other perks Amazon gives its members. And, with the backing of its corporate parent, this streaming service very well could become the market leader. series Bosch, which isn't a bad show but certainly never rose to the point that it felt like "must see TV". Where that show struggled to find a hook that I could actually enjoy, it's spiritual cousin, the 2011 film The Lincoln Lawyer, managed to succeed. it not only has a solid hook to it but enough twists and turns that actually keep the story lively and entertaining. I compare the two because, technically both are based on the same shared universe by author Michael Connelly. What it goes to show, though, is that a good production team can help a potboiler thriller rise about its formulaic genre.

The 2011 film stars Matthew McConaughey, an inspired bit of casting for the film as the Texan actor is easily able to care this charismatic (if a little slimy) character easily on his shoulders. He brings out just the right about of drawl, a flash of his smile, and the movie all comes together. While McConaughey isn't always considered the greatest actor -- he made a big run of middling film in the late 1990s and early 2000s -- this film easily shows his range and abilities. That's good because this film would absolutely fall apart without him.

Our titular Lincoln Lawyer, Mickey Haller (McConaughey), works quite literally on the road. He drives from one courthouse to the next, doing the solid job of "ambulance chasing" as he packs in as many clients as he can the whole time. His office is, simply put, in his car -- he rides around all day in the back of his Lincoln Towncar while his driver, Earl (Laurence Mason), gets him around, doing all his paperwork (and everything else) on the back seat -- and from there he's able to balance all his cases on a day-to-day basis. He, naturally, struggles to balance his work life with his home life, having an ex-wife, Assistant D.A. Marisa Tomei as Maggie McPherson, and a young daughter as well.

Fame comes his way when he picks up a huge case, the attempted rape and maybe murder from one Louis Ross Roulet (Ryan Phillippe), a rich and spoiled young man who says he's innocent and demands his day of justice. Haller has to work double-time to try and prove the innocence of this man, but the whole time more and more details begin to come out that shed the case in a new light. Maybe the client isn't innocent at all, and maybe this all relates to another case Haller had years earlier where he had to plead his client out on lesser charges to avoid the death penalty. Right and wrong and get mixed up in this dark and twisted case. 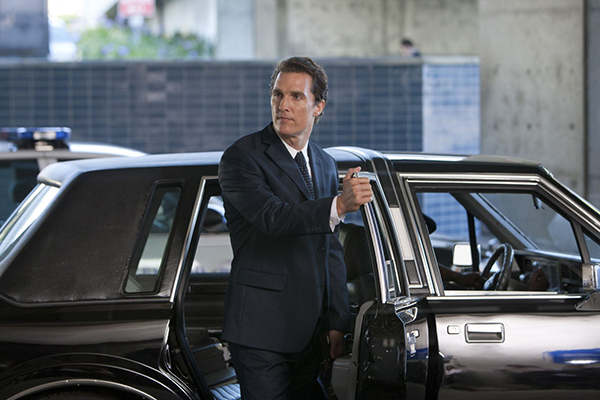 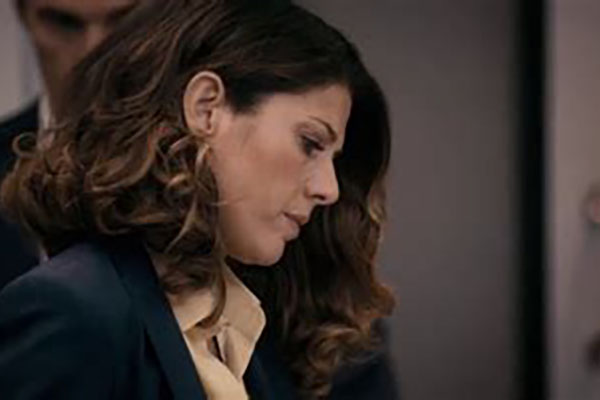 As noted, McConaughey is the big star of this show, appearing in basically every scene of the whole production. Start to finish this film rests on McConaughey's shoulders so it's a good thing he's up to the challenge, bringing life and fire to Haller without it ever feeling showy. This movie is a real showcase for McConaughey and, frankly, it's the first film I saw from him where I really felt like he was a good actor.

Helping matters is a solid cast of actors around McConaughey to really sell this world. Tomei stars as his ex-wife, and while she's not given a whole lot to do she has a few winning scenes where she's able to showcase her chemistry with McConaughey. Great character actors also dot the cast from John Leguizamo to Michael Pena, Bryan Cranston, William H. Macy, and Frances Fisher. This is an absolutely stacked cast.

The one dark note in the cast would be Ryan Phillippe. He's actually quite good in the role, but it's hard to ignore his personal life when you watch him here. He was arrested a couple of times in the mid 2010s for harassment and abuse of girlfriends, and a restraining order was put against him by one ex after he severely beat her. To know that, and then to watch him play a character up on charges for violently beating women, that makes it all just a little too real.

The best part about the movie is the way it manages to avoid the tired tropes of the genre. It has a solid, twisting story that works well in the theatrical format. You could see how the case would get dragged out, adding in a lot of subplots and other cases simply to stretch out the story. The film doesn't need it, instead relying on its solid, core tale between Haller and his client, and all the drama that comes from it. The movie has a breezy tone, even during its darker points, and between that and it's solid case, the film manages to craft a quite enjoyable lawyer tale. 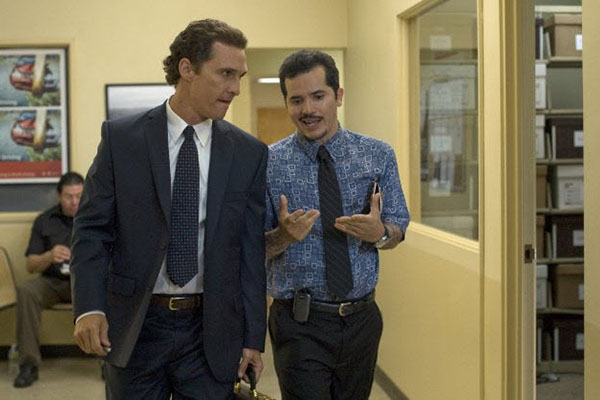 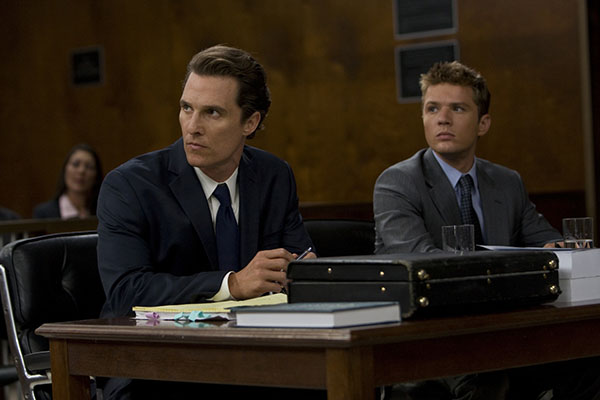 The film honesty really watchable, even repeatedly. I've seen the movie a few times, popping it on whenever it shows up on a streaming service simply because it's a fun and enjoyable little popcorn movie. It's comfort food, which I guess really isn't true of most law and order genre shows, but in this particular case it manages to tell its story in a solid, competent, enjoyable manner. This won't win over new fans to the genre in general (I still can't stand most law and order genre shows) but on its own merits, this film does succeed admirably.