Let's Slow It All Down

This week the episodes were, for the most part, only okay. There were some bright spots here and there, but I wouldn't call this a strong week for pushing plot lines forward. Any season of long-form television is going to feature a few slowdowns in the story as the series burns through 22 episodes of television where the villain has to die in the 22nd episode -- there's only so many times you can pit hero against the same villain where neither really wins before the material becomes stale. So often enough, a series will have filler, or side-stories, or the like.

So, while tables are being set and plot lines inch forward, we'll take a look at two of this week's less filler-ish episodes. We'll dive deep into Supergirl and The Flash before looking back at what else happened in the Arrowverse. Oh, and the Titans episode this week was great, but I've already talked about that show two weeks in a row, so we need to turn the focus elsewhere for once.

Last week, Mercy and her bro (with the help of a recently-converted DEO accomplice) aerosolized kryptonite and sent it shooting into the atmosphere, filling the whole of the globe with air toxic to Supergirl (and, of course, Superman, but he's off-planet right now). Supergirl (Melissa Benoist), suddenly caught in the cloud of kryptonite gas, goes plummeting to the ground, unconscious. At the start of this episode, we catch up with the aftermath of that, with Martian Manhunter (David Harewood) catching the dying Supergirl and taking her back to the DEO for treatment. While Supergirl is passed out, her sister Alex (Chyler Leigh), and fellow colleague Braniac 5 (Jesse Rath), work to save Supergirl before the kryptonite kills her. In the end, it's Lena Luthor (Katie McGrath) who solves the problem temporarily, encasing Supergirl is a protective suit. The atmosphere is still deadly to her, but at least she's alive.

While this is going on, though, the meat of the story follows Benjamin Lockwood (Sam Witwer), a history teacher and father, through various events over the last couple of seasons of the show. His family has suffered, time and again, at the hands of various alien threats, leading Ben to go from a fairly normal guy to a fire-breathing racist. He blames aliens for the loss of his father's steel factory, the loss of the family home, the loss of his job, all because aliens came around, battles happened, and it seemed like the universe turned against him. In the end, Ben becomes the season's villain, Agent Liberty, giving us context for who he is and what he's fighting for.

In some ways I can appreciate what the episode was going for. "Man of Steel" doesn't really push the ongoing story forward in any meaningful way, but it does add shading and detail to the character. It allows us to think of him as a real person and not just some guy in a metal mask and body armor. I wouldn't say it turns him into a relatable character, though. Far from it. The actions he takes in response to the events around him might be understandable if you don't think too hard, but his reactionary phobia of aliens -- something he just seemingly acquires when, before, he in no way was a racist by the way the show wrote him -- is a narrative leap of convenience. We're supposed to understand why he became Agent Liberty, but all I could think was, "so he was deeply racist and just wouldn't acknowledge it. He wouldn't accept any of the help offered him, he blames everyone else for his problems, when in the end his family can only blame themselves for the mistakes they made." 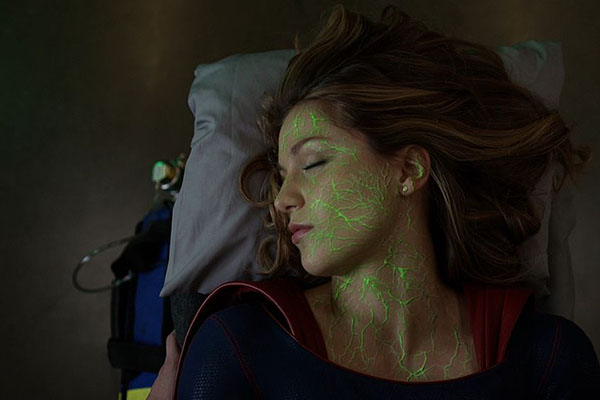 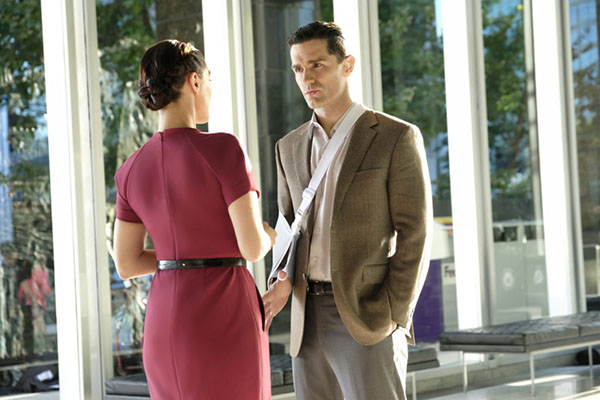 Plus, the dude is super racist by the end of the episode, so whether you can relate to what he went through or not, it certainly doesn't make him into a charismatic presence on the show. He's human, and a different kind of threat for Supergirl, which is certainly interesting, but he's not likable at all. The best villains are the ones that are deeply compelling in some way, while this guy is just a racist prick.

Now that we know who Agent Liberty is, hopefully this side of the show will start moving forward now. Meanwhile, Supergirl is alive, so maybe her change in status quo can force the DEO to move forward as well. This episode was interesting filler, but it was still filler all the same.

The B-plot of the episode is the more interesting story, so we'll start there. Ralph Dibny (Hartley Sawyer) and Sherloque Wells (Tom Cavanagh) are hot on the case of Cicada (Chris Klien), the meta-murdering psychopath. Dibny has the idea to follow Cicada's mask, a breathing apparatus the man uses not only to hide his identity, as Ralph supposes, but because of some deeper connection. The two follow the trail of the mask to a factory, one of the only factories in the region that both use the mask and some trace chemicals found at the last Cicada crime scene. Unfortunately the mask is a seeming dead-end as thousands of employees use those masks all the time. Sherloque, though, puts the thought together that the mask isn't just for hiding but also because Cicada has a breathing issue, damaged lungs maybe from when he gained his meta-powers. This will give the team a new lead to follow moving forward.

This plot was actually pretty good, a great way to relate the main story of the season into an episode without necessarily having a villain fight every time. Sadly, the A-plot of "News Flash" wasn't nearly as good. Here, a meta is seemingly hypnotizing people into doing terrible things to create headlines. The show pretty quickly establishes who the villain is -- Spencer Young (Kiana Maderia), a young one-time-reporter who now runs her own news app -- robbing the episode of any mystery. Since her only seeming power is to create news headlines that influence people, she's easily taken down in a head-to-head confrontation where she can't use her powers. A normal-ish human is no match for the Flash, and this barely-interesting character is disposed of with little thought or fanfare.

What Spencer's plot line does bring up, though, is new "meta technology". In the same way that humans can gain dark matter in their system which, in turn, grants them special powers, making them meta-humans, technology can apparently now also gain dark matter to become meta-tech. This is how Spencer had powers: she didn't have dark matter in her, but her phone was somehow infused with it. It's an idea that probably sounds great on paper, but sitting there, watching the show try to explain this new concept, it just felt very dumb. Hopefully the series can find a way to make meta-tech. work, especially since Cicada apparently has a meta-infused blade that grant him his powers, because right now I'm not sold on it. 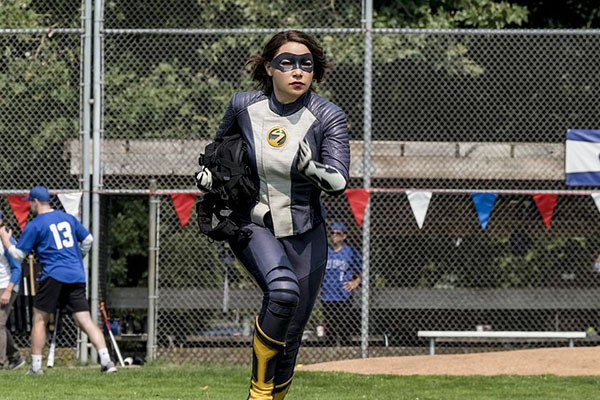 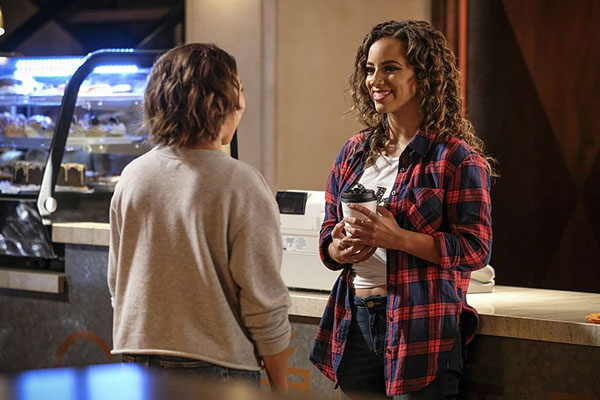 I'm also not sold on the conflict between Iris (Candace Patton) and her daughter-from-the-future, Nora (Jessica Parker Kennedy). As is revealed this episode, Nora has been cold to Iris for the last few weeks because, in the future, Iris apparently has a powers-inhibiting chip implanted in Nora, something the girl only recently found out about (which is why she's so new to being a speedster). Nora is mad because the future Iris took away her agency, which I get, but she's taking it out on the past version of her mother. A version, of course, that hasn't even given birth to Nora so she also hasn't had a chance to make that decision yet. Instead of causing a big blow-up over it (as happens at the end of "News Flash"), maybe the characters could have talked it out and Nora could have found a way to dissuade Iris from ever making that decision.

But now, this is The Flash, so people have to keep secrets until they explode, and then everyone has to be mad about it far longer than is necessary. While fifth season is, so far, an improvement over last year (I still reel from the awful Thinker plot line), this show still has a tendency to give into its worst impulses when dealing with its characters. That doesn't look like it'll change any time soon.