While Batwoman and Supergirl apparently took the week off for Turkey Day, all the ArrowverseWhen it was announced that the CW was creating a show based on the Green Arrow, people laughed. The CW? Really? Was it going to be teen-oriented like everything else on the network and be called "Arrow High"? And yet that one show, Arrow has spawned three spin-offs, various related shows and given DC a successful shared universe, the Arrowverse on TV and streaming. gents showed up for their shows. We're going to focus on Arrow (since there's so little of it left) and The Flash, both of which clocked in really weird episodes this week. Black Lightning was good, these two were stranger, though.

As, I am sorry this took a couple of extra days to come out. There are, sadly, only so many hours in the day and when other projects crop up that demand attention, something had to give. It happens, but it's sad that sometimes its unavoidable.

Two seasons ago we had a time loop episode on Legends of Tomorrow -- the fabulous "Hedgehog Day" -- and then last year we had another time loop of a sort over on The Flash -- Nora and her attempts to change time in "Cause and XS" -- but apparently the time loop well hasn't been visited enough as we're back with another one here on Arrow. Due to his actions trying to thwart the Monitor, the god-like being traps both Oliver and Laurel II in a time loop scenario they can't seemingly escape.

The show clearly wanted to use this as an excuse to play around with past characters and settings. Here, in the loop, Quentin Lance isn't dead but instead is the mayor of Star City, most people act like nothing is weird about this, and Diggle's wife is apparently up to something. The whole point of the time loop isn't to punish Oliver and Laurel, though (although it's certainly effective at that), but to teach them each something valuable. For Laurel, getting a chance to see Quentin again and properly say goodbye, it allows her to get closure and to learn that she really can be a hero. Meanwhile, Oliver has to learn that he can't change his fate because whatever he does in the loop doesn't change anything; the loop begins again.

For Laurel the episode is quite effective. It's nice to see Laurel II get some time with a guy that grew to ber her father figure, and for him to accept her as one of his daughters (even though she's from Earth 2) is sweet. There was real growth here between these two characters, and the show is able to deliver a solid pay off for them in this one last meeting they'll ever get. I didn't think a scenario like this would be as effective as it was, but the two actors sold it and, honestly, it was a richly developed scene that really sold the history of Laurel, Laurel II, and Quentin. Really solid storytelling here. 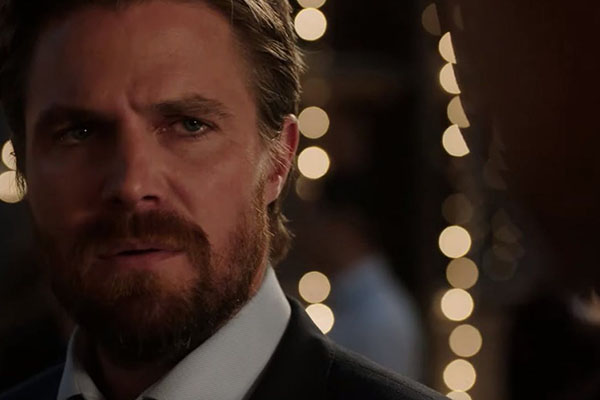 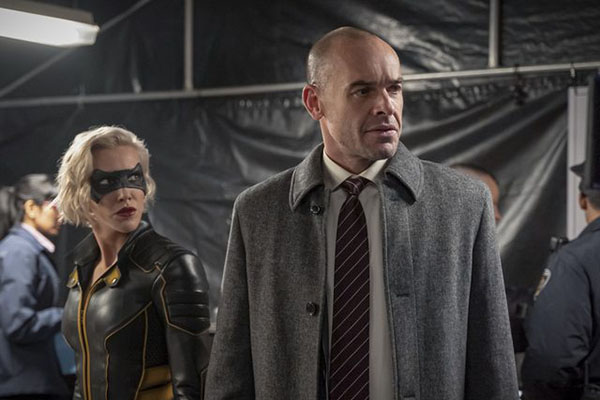 For Oliver, though, I don't feel like the episode really earned it's "lesson". Oliver is stuck in a time loop of someone else's making. He accepts, via this lesson, that he can't change his fate, can't cheat death (essentially, he can't beat the "no win scenario"). But the basic structure of the episode fails to prove this is a viable no win scenario or that, in any way, does the reality seen in this time loop actually apply to the real world. The loop resets every time Quentin dies, but until Oliver accepts that he can't save Quentin he can't escape the loop, and somehow this applies to Oliver? I don't get it.

The fact that the time loop is fake, created by the Monitor, is part of the problem. Oliver can be released from the loop at any time once the Monitor feels like Oliver has learned the lesson. But Oliver can say one thing and then do something else afterwards; nothing about this setup proves anything for the audience about Oliver, accepting death, or that the Monitor is good or evil. It's just something that happens and then, for no real clear reason, ends. Woo.

Plus, I question the power-level granted to the Monitor by this. The Monitor is able to create pocket universes, and he can loop time and remake lives and memories? How much power does he have and, if he can do all this, why does he need mortals to fight his Crisis battle? This episode only serves to muddy the waters for me about the Monitor while also giving me nothing new to latch on to for Oliver, which means half the episode is a complete wash. But hey, at least Laurel got a good storyline for once.

And then we come to the other weird episode this week. Ralph is attacked by Bloodwork (I guess that's what we're calling the villain now) and in the process of fighting him off is infected by Bloodworks black, sentient blood. To save Ralph, the Flash has to donate his own, super-charged blood (which is still somehow O-negative) so that Ralph can heal and fight off the sentient infection. But, in the process of this, the Flash is then infected by one of the sentient cells and becomes infected himself. Bloodwork then uses this opening, which apparently he was planning all along, to try and take over Barry's mind and use the Flash for his own nefarious desires. It's up to Barry, trapped within his own dream-like mind, to fight off Bloodwork before he gets taken over completely.

So first of all, let's tackle the fact that somehow Bloodwork knew enough about both the Elongated Man's and the Flash's biology to know that (a) when Ralph was infected with the blood the only thing that could cure him was blood from the Flash, (b) that the Flash was also O-negative and could just donate his blood for the cause, and (c) that they would put all this together and do a direct, arm-to-arm transfusion, all so Ralph could be healed. That's a lot of things that all had to go right for Bloodwork's plan to happen. And this was, apparently, his whole plan as he wasn't doing anything else this episode, wasn't plotting any other evil plots. His whole story was "infect Ralph, ???, profit!" 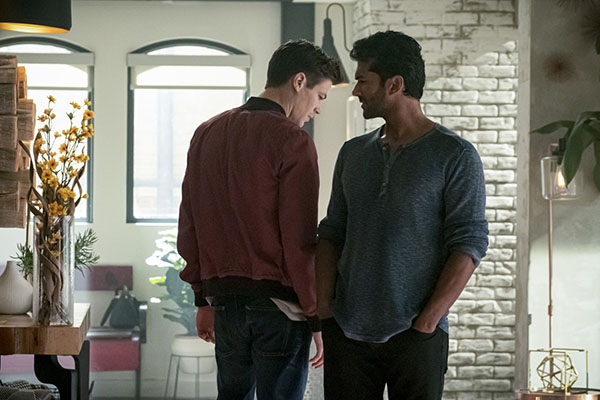 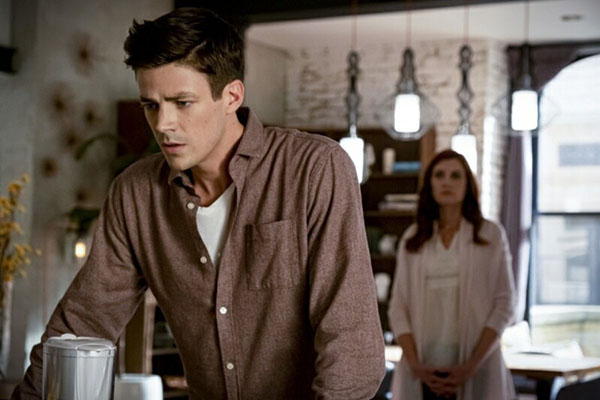 That alone made me question this whole story device, but then we we forced into Barry's head for a lot of long talking, threats and wants and dreams, and empty promises from Bloodwork. We're supposed to accept that Barry, someone who has been bright and strong and true this whole time, can so easily be tempted to join Bloodwork that he'd simply give up control of his own mind so Bloodwork could basically become the Flash. Really? The writers just expect us to take at face value that Barry Allen, who has had a clear moral code throughout the series, would be so easily tempted. Maybe it would work better if Bloodwork were anything other than a scenery-chewing but otherwise one-note villain who simply attacks people, steals their blood, and then makes zombie-drones from their corpses. If he had any redeeming qualities to himself, if he could somehow prove how he was saving the world with his master plan, that might mean something, but there's just nothing here.

I don't know if Bloodwork is supposed to be the villain for this whole season, or just the front half before Crisis on Infinite Earths takes over and then we'll have someone else to battle afterwards. If this is the whole of his arc, I'll at least credit the producers for cutting their losses and getting this villain out the door before he could linger and waste more screen time. I'm not excatly getting my hopes up. Bloodwork sucks and nothing about this episode (or the lame twist ending that's supposed to lead into the second half next week) does anything to change that. Ugh.