Well, there is some news as to how much longer we'll be going with the ArrowverseWhen it was announced that the CW was creating a show based on the Green Arrow, people laughed. The CW? Really? Was it going to be teen-oriented like everything else on the network and be called "Arrow High"? And yet that one show, Arrow has spawned three spin-offs, various related shows and given DC a successful shared universe, the Arrowverse on TV and streaming. this season: until at least episode 19 for every one of the main shows. At this point that means The Flash, Supergirl, and Batwoman will all get to episode 19 and then, presumably, find some way of ending their seasons at that point. No announcement has been made about tying up plot lines next year, and from reports off Supergirl it seems like the writers are trying to find ways to tie up what they can this year and pick up fresh next season.

Reportedly the one show still going right now (since Black Lightning ended already this season), namely Legends of Tomorrow, is already done filming all its episodes so we should get a full, proper season for them. That's pretty slick. Once nice bit of news to come out of this. That said, we also don't know when filming can even begin again for future episodes so, once all of these seasons end who knows when the Arrowverse will even come back. On that front we'll just have to wait and see.

Still, for now we have episodes from this past week to cover, so let's get into it:

After the long break, Batwoman returns and she's still reeling from the fact that she killed a man a couple of "weeks" ago (at least, inside the show's timeline anyway). Since then she's been MIA as Batwoman, hiding out in her apartment and avoiding the responsibilities of being a hero. Unfortunately a bomber, Detonator, has returned, back to once again carry out his reign of terror, and everyone starts wondering, "where's Batwoman?"

Seven years ago Detonator punished the elite of Gotham, exposing those that would call themselves heroes by tying them down with a bomb on their chest and another detonator in their hands; either they could let their own bomb tick down, killing one person, or use the detonator, save themselves, but blow up hundreds elsewhere. Most people chose their own lives. Now he's back and doing the same thing... supposedly. Except this time is seems like Detonator has a larger agenda, one that ties into the murder of Lucius Fox, his journal of Batman's equipment, and the moles working within the Crows. It's a lot going on.

What I liked about this episode, and this season of Batwoman in general, is that it's had a lot going on and the plot layers on itself. It has a solid villain in Alice, who does have her own subplot here, but it doesn't have to focus on her to continue moving the plot forward. There's clearly someone else behind the scenes on the other side, someone pulling the strings and causing issues for Gotham, and they may not even tie into Alice's plot line. That's interesting. 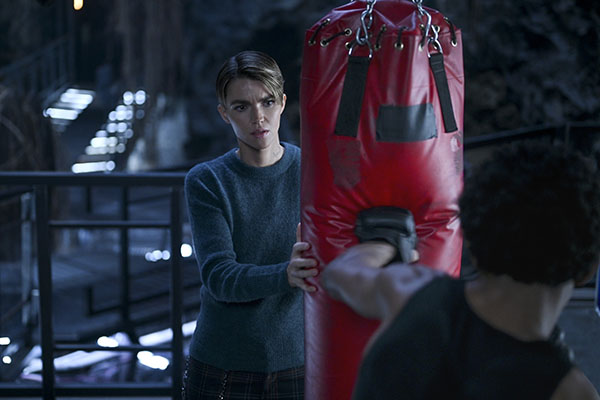 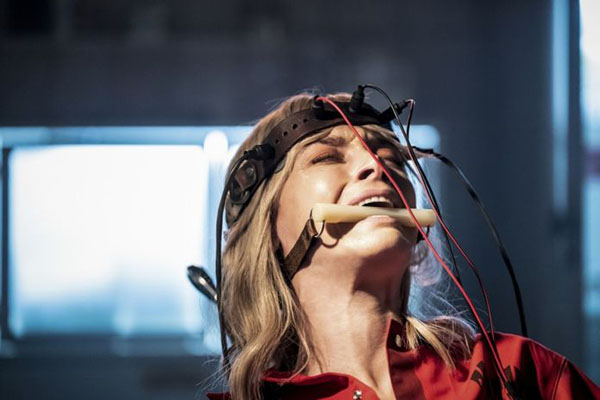 That said, while I appreciate the concept of Kate's PTSD over killing someone, I don't really feel like the show knows quite how to handle it here, especially when by the end of the episode they tie it up nicely and let Kate move on. Either make this a big deal for a season (like she kills someone at the end of one season and spends the next guilty over it until she gains acceptance), or just have her move on. She's a trained soldier (at least, through military school), so the concept of killing people shouldn't be foreign to her. This just doesn't quite work.

Still, this episode does move at a solid clip and at least keeps the energy of the season moving forward. That puts it miles above the dreck we're getting from our next episode...

I guess the best thing that can be said about this episode is that, after this, Mirror-Iris is gone and we won't have to deal with her anymore. She's been, frankly, a lead weight on this whole back-season for the show, a lifeless character with little real personality. Maybe that's just because I've finding myself liking the actress that plays Iris, Candace Patton, less and less as they try and do more with her character. Like, I'm starting to realize how bad an actress she is as, frankly, she just can't pull of the "evil" shtick at all.

Last week, Mirror-Iris kicked Barry out of their apartment and that led Barry to realize, hey, Iris isn't Iris. It only took him a few months. So Barry tries to rally the team to his aid to prove Iris is a fake but Mirror Master has a plan for that and she switches the device Barry creates to expose the Mirror-Iris -- instead of showing there's something wrong with Iris is illuminates that Barry is a fake. Everyone turns on him, and then eventually he has to face off with Mirror-Iris to find out what really happened.

I don't know. None of this worked for me at all. Not the whole, "she's evil, believe me!" thing, nor his whole team turning on him. It's all too simple, too pat, and really doesn't go anywhere. If he exposed Iris at the start of the episode, like he tries, and then the team turns on her, that's it. She's gone and the plot can progress. Instead she basically draws out this simple plot line. for thirty minutes of leaden awfulness. And then the show tries to sell her as a cool villain by letting her turn her arms into mirror-blades, like a low-rent T-1000 and I tuned out at this point. 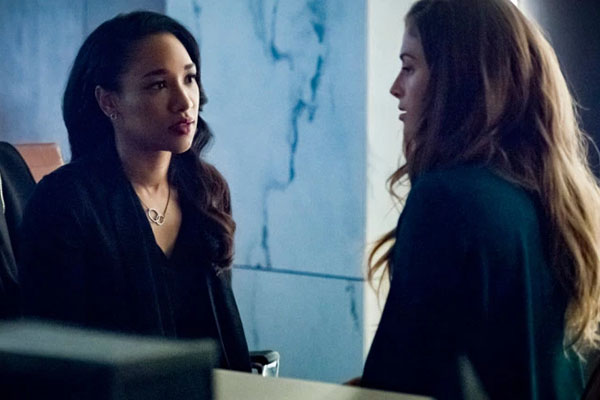 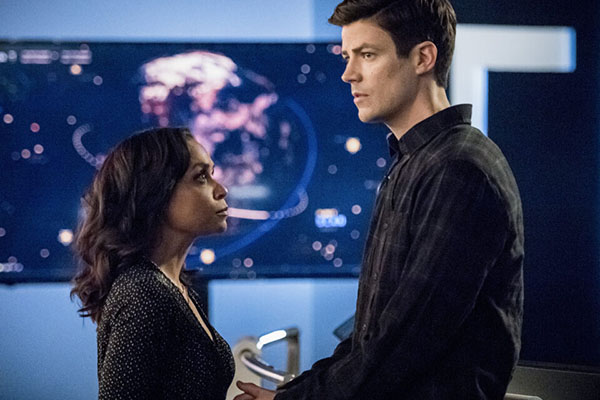 Oh, and we had the return of the villain no one asked for, Bloodwork, as, for some reason, Mirror Master needed some of Bloodwork's blood to escape her mirror cage. This part made no sense and only served to remind us Bloodwork is a thing. I really wish they hadn't. Overall, this was a terrible episode that took forever to get to its goal -- releasing Mirror Master -- and failed to do anything else. Ugh.

You have two more episodes for the season, Flash. Now that you're villain is out in the real world, plus just do something!