Slowly Coming to a Close

With this week the main CW ArrowverseWhen it was announced that the CW was creating a show based on the Green Arrow, people laughed. The CW? Really? Was it going to be teen-oriented like everything else on the network and be called "Arrow High"? And yet that one show, Arrow has spawned three spin-offs, various related shows and given DC a successful shared universe, the Arrowverse on TV and streaming. 2018/2019 season comes to a close. We won't be completely done with the 'verse just yet as we still have tangential show, Doom Patrol to continue covering for one more week, and then we've going to get through the rest of the Arrowverse crossovers over the next few weeks. Still, at this point we're almost done with the main year, and it's been quite an interesting journey to go through shows like this for an entire season.

Let's go look at the last two CW Season Finales this year, Supergirl and Legends of Tomorrow and then we'll take a little time to discuss our thoughts on the year after that.

So this is it, the big confrontation we've been building to between all the agents on the board: Supergirl, Red Daughter, Lex Luthor, and Agent Liberty. Although introduced late in the season, Lex quickly became quite the force to be reckoned with. Powered by a delightfully over-the-top, scenery chewing performance, Lex has been a great villain to close out the season. I still don't think he really ties all that well into the political message the show was trying to convey early in the season -- is Lex supposed to represent the kompromat the the Russians have on Trump? -- but as far as giving us a great villain to bounce Supergirl again, he worked so well.

Sadly, Red Daughter didn't really get the same kind of treatment. She was introduced as a pawn of the Kaznians (read: Russians), and then reintroduced as, really, a pawn of Lex. There were nods towards making her a real character, having her own hopes and dreams and desires, but the show never committed to that. And, by the time the credits roll, Red Daughter died and, somehow, gives her energy back to Kara to restore Supergirl to full strength (or something). Red Daughter was a cool concept by never rose above being a plot device.

Honestly, I think it would have been vastly more interesting to have two versions of Supergirl running around. The 'verse could have had the main Kara still doing the hero thing on Supergirl while Red Daughter could have gone off with the Legends or maybe moved over to Earth-1 to chill with Batgirl and The Flash. Instead, the show gives her the short-shrift and then escorts her out, stage right. A waste of great potential. 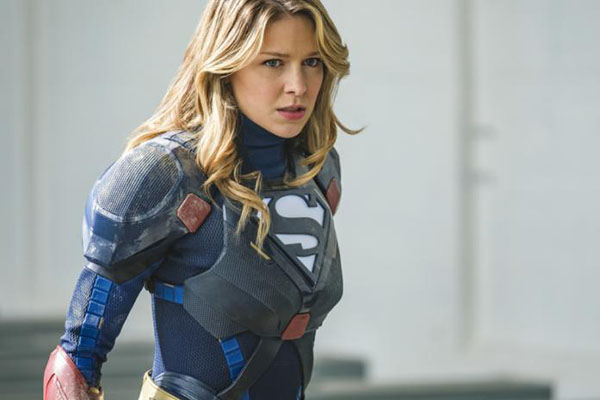 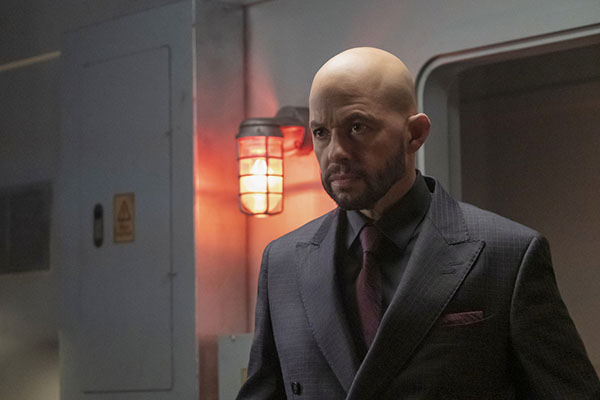 Speaking of being largely wasted, Agent Liberty was the big bad for much of the season. I understand that the show re-contextualized him as a unwitting pawn of Lex Luthor (as was basically everyone else this season), but then in the final scenes of the show the Agent never regains his power. He knows Lex betrayed him, he knows who the good guys and the bad guys really are, and yet he's still willing to get into a pointless fight with Supergirl and her crew, a fight he's obviously going to lose. All the political commentary Agent Liberty raised is chucked out the door for a pointless fist fight. Another villain wasted by the show.

And, really, the show so easily glosses over all the political commentary it was making early in the season. By the time the credits roll the Alien Amnesty Act has been restored, Supergirl is once again the hero of the world, and we get our Mega Happy ending. Sure, the show runners wanted to end things on a high note, but the real world is any indication, there's no easy solution for systemic racism and xenophobia, and yet the show just dismisses all that as if saying, "it was all Lex Luthor's fault and clearly everyone understands that." No, it's never that easy.

I want to be clear that, over all, I feel like this was a very strong season of Supergirl. While it felt like Arrow and The Flash stumbled for most of this season, the Girl of Steel was firing on all cylinders. The show just didn't quite stick the landing for me this season. Still, on the whole this is the show to watch on the CW, maybe beat only by Legends as the best in the Arrowverse, although that's practically an apples and oranges comparison at this point.

Oh, and yes episode did have the requisite tie-in to Crisis on Infinite Earths with the monitor showing up to resurrect the dead brother of Martian Manhunter (a brother that, apparently, is a villain), and the also resurrect the corpse of Lex Luthor. Crisis is going to have a lot of players going and will be quite the event. I'm glad they're finding a way to bring back Lex -- he's the best.

Speaking of, this week was also marked the season finale for our Legends. Neron, the demon king with plans for Hell on Earth, has been the thorn in the team's side for a few weeks now, and with Constantine and Ray both stuck in Hell (with Ray's body under the control of Neron), the team has to find a way to free their friends, save the souls of all of humanity, and stop Neron all at once. To do it they build a theme park, put on a circus spectacular, and choreograph a big musical number with a bunch of monsters. Legends will always be Legends.

As far as being weird and strange and just an all-around hang out show, this season of Legends of Tomorrow managed to hit all the right notes. It was dumb and fun and never took itself seriously, making it the perfect kind of cleanser week-after-week to the self-serious storytelling of Arrow and The Flash.

That said, I didn't feel like this season finale was as satisfying as it could be. Neron was pitched as a big threat but he's defeated in a simple, low-key way. While I understand this show strives to defy expectations, defeating Neron with a bit of trickery and a song doesn't have anywhere near the climactic zest of summoning a giant Bebo doll and crushing a villain under it (thank you, Season Three). I guess it's hard to top that feat of silly storytelling, but I would have liked the show to try harder. 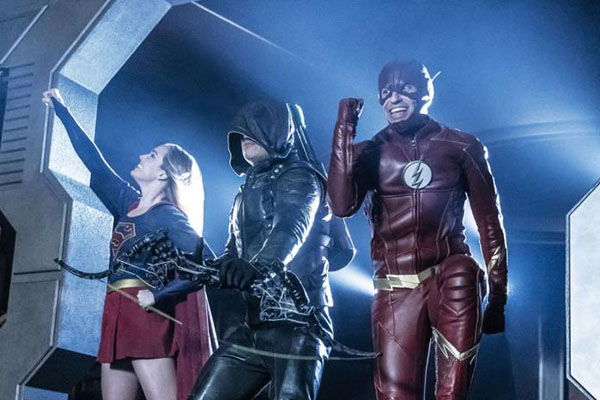 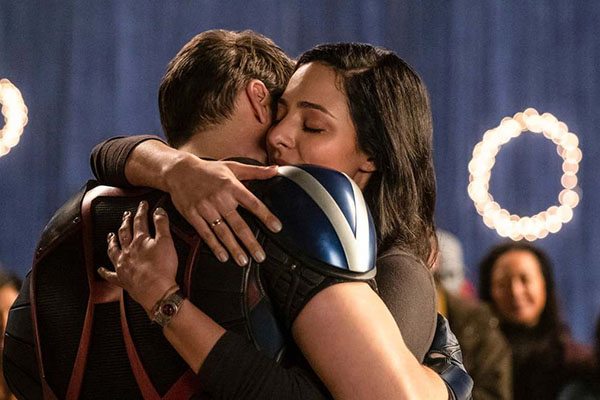 This episode was entertaining for all the silly jokes, in-universe callbacks, and fourth-wall breaking jokes (as Nate / Commander Steel notes, "we shouldn't have skipped the crossover"). And maybe that's all this show needs: jokes, silly situations, and a lot of heart. We already had three climactic confrontations on the other shows in the 'verse. Perhaps this time we only needed a heartfelt song (and the Monitor standing on the sidelines, eating popcorn).

Final Thoughts on the Season

Overall this season of the Arrowverse. I absolutely hated Arrow this season, the first time I've really felt like this show had really jumped the shark, and I wasn't all that thrilled with The Flash, although this season of the show was still better than last year's Thinker snooze-fest. Oh, and I guess I was also bored by the tangentially-connected Black Lightning, which ended its run earlier this year. Supergirl and Legends did good work this year and were the bright spots of the season, but that still leaves the 'verse batting 2 for 2 (or even 2 for 3 if we count Black Lightning). That's not great for over 100 episodes of content total.

There are signs that the producers understand they need to shake things up. Batwoman is getting introduced next year, while Arrow is ending and supposedly Black Lightning will be following suit. That'll drops us down to just four shows and, more than likely, Crisis is going to shake up all the shows in very interesting ways. For all we know we could have a very different slate of shows to look forward to this time next year.

It was a rough season but I'm not quite ready to bail on all the Arrowverse shows just yet. We'll see how Crisis plays out, and then give it the rest of the season to see how everything shakes out. But next year, if I'm feeling this way again, I might just ditch some of the shows and not worry about keeping up with the Arrowverse as much any more. There's plenty of superhero media out there and I don't have to keep watching things that just aren't working.