And Suddenly We're Into Another Season

As promised, with the start of the new season of the ArrowverseWhen it was announced that the CW was creating a show based on the Green Arrow, people laughed. The CW? Really? Was it going to be teen-oriented like everything else on the network and be called "Arrow High"? And yet that one show, Arrow has spawned three spin-offs, various related shows and given DC a successful shared universe, the Arrowverse on TV and streaming. we will be shifting formats. Instead of going weekly, as we were up through last week, I'm going to do monthly updates plus check-ins for important events. And this week we do have an important event: the premieres of Legends of Tomorrow's 7th season and Batwoman's 3rd season.

This new format will allow us to look at larger trends and better explore how the shows are evolving without getting mired in repetitive storylines week to week. I'm hoping this will make these articles more interesting, and more useful, when it comes to deciding if it's worth bothering with these shows at any given time. So let's go look at the Legends and the Bat and then summarize what else has been going on since our last article (which was... oh, a week ago...):

Ah, the Legends of Tomorrow never disappoint. This first episode marks a solid return to form, one that actually helps to break up the formula some and send our heroes on a new kind of adventure. For a series to be able to reinvent itself so dramatically seven seasons in is impressive, but to also be able to do it so well really shows just why this series works. The CW is lucky to have Legends of Tomorrow because, frankly, this show is the gem of their collection.

Last season we watched the team defeat the evil Bishop only to then watch as their ship, the Waverider, was blown up by, of all things, another Waverider. Who did this and what happened? Well, that's the mystery for this season but it does mean that our heroes are stuck in 1925 Texas for the foreseeable future (at least until they can get to the scientist in New York who actually happened to invent the concepts of time travel all the way back in 1925). This puts them on a cross-country trip to try and find a way to get home while not changing the timeline too much (quite the feat when, in this first episode, they accidentally kill J. Edgar Hoover).

Every season of Legends of Tomorrow so far has basically amounted to: there's a problem with time (insert the plot of the season: magic, demons, aliens) and the heroes have to travel across the timeline to fix all the issues (these issues, notably, they very likely caused in the first place). Along the way they find a big bad, battle them, and tie everything up neatly by season's end (when the next big season issue is teased in the last scene). Here, if nothing else, one major change has been made by keeping the team stuck in 1925. 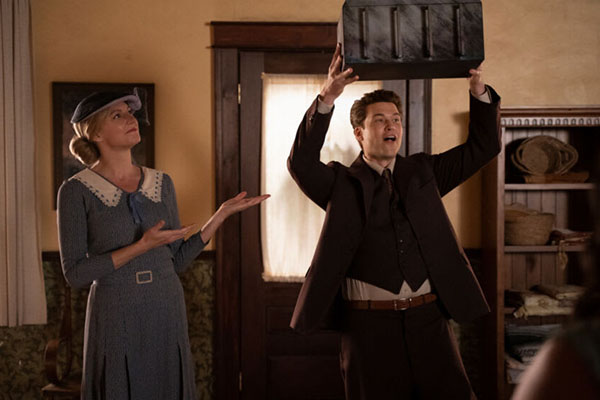 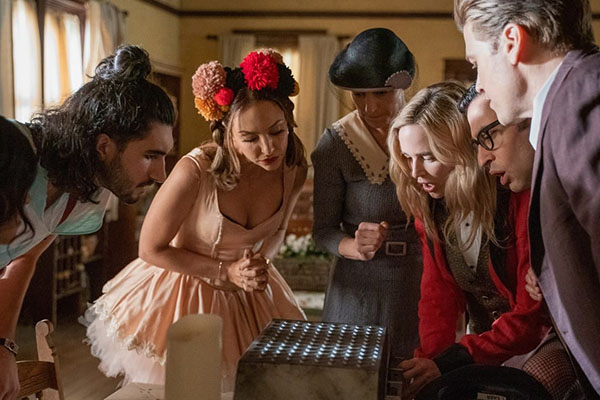 The shows does have its formula showing through a little, mind you. For starters, the heroes are keeping a list of all the problems them cause along the way (point one: J. Edgar) so that they can "go back and fix it when they have a time ship." Clearly the back-half of the season will result in the normal kind of adventures our heroes go on. At the same time, though, keeping the heroes grounded does lend a different spark to the show, one that the writers, and characters, clearly revel in. This first episode of the season is one of the funniest Legends of Tomorrow episodes in some time, again quite a feat for a show this old.

It will be interesting to see how long the show keeps the heroes grounded in 1925 and, also, just where the season is going from here. Is there an evil Waverider out there and, if so, who is in charge of it and what is their plan. Or is it a timey-wimey thing where the heroes had to destroy their own ship so they could send them on an adventure to get them back where they were, having to destroy their own ship? I have a feeling it'll be the latter, for reasons we'll only see, but I do hope it all leads to quite a rousing season.

This episode speaks to the power of the show so far and I am seriously looking forward to where Legends of Tomorrow will go from here in its seventh season (and counting, hopefully). 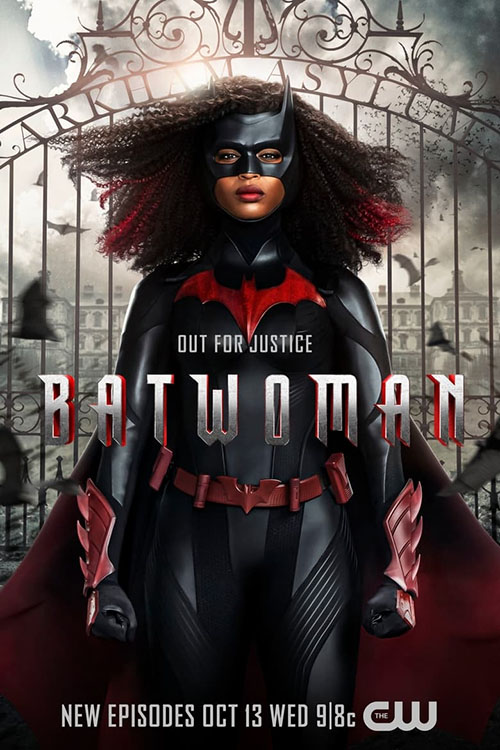 Speaking of cleaning up messes of their own creation: Batwoman is back and this season the Bat (Ryan Wilder) has to find all the lost super-villain devices that the previous, brain-washed Batwoman (Kate Kane) lost at the end of last season. So now we're going to get a ton of new versions of old BatmanOne of the longest running, consistently in-print superheroes ever (matched only by Superman and Wonder Woman), Batman has been a force in entertainment for nearly as long as there's been an entertainment industry. It only makes sense, then that he is also the most regularly adapted, and consistently successful, superhero to grace the Silver Screen. rogues showing up, a nice injection of energy (and familiar faces, of a sort) that the show needed to make it really feel like a proper Bat-show.

I know this series has its detractors, and I will admit that even I found the series a little slow (and maybe even grating) last season, at least in parts. There is a core concept to this show, though, that does work and that's the fact that the show is really trying to do right by the ideas of Batman. It's a show that wants its heroes to actually make Gotham a better place, to improve the city while they fight the injustices of the evil rogues. Whether it's corporate greed or governmental indifference, along with a healthy does of crazy clowns and psychopaths, this show does find, more of than not, a through-line that actually works. It's invested well in its characters and has steadily been crafting a world that works... most of the time.

That said, this is a CW show, and one very neatly tucked into the Arrowverse, so there are parts of the formula that just don't work. For starters there's Alice, a character that made sense in the first season, acting as an evil mirror to her sister's Batwoman. Where Bruce's Batman had the Joke, Kate had Alice, and the two of them going back and forth around each other worked really well. Once Kate's actress Ruby Rose left the show, Alice started to feel superfluous; actress Rachel Skarsten performs the character well, but second season had a hard time justifying why Alice was sticking around. Now, it has to ram her into the show so as to justify her inclusion in a plot that, increasingly, doesn't need her. So that's how we get Alice, and newly added character Rene Montoya (Victoria Cartagena), blackmailing team Bat into allowing Alice to tag along for... reasons.

The other part of the formula I'm getting tired of with these shows is how every person on the team eventually has to gain superpowers. Look at Supergirl where everyone on that show has become a superhero (sometimes twice over), such as Guardian, Guardian II, Sentinel, Dreamer, and even Lena has just learned magic. It happened on Arrow, and The Flash, and Black Lightning and it's happening here with Luke Fox becoming Batwing. Sure, yes, the character becomes Batwing in the comics too, I get that, but this is just a harbinger of Team Bat becoming loaded with superheros without anyone "normal" still on the show and it's a trend I dread. 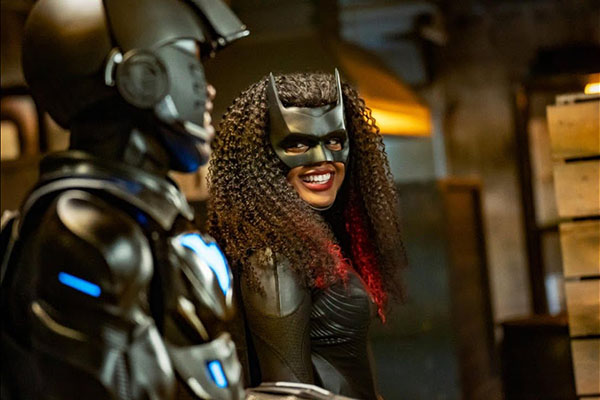 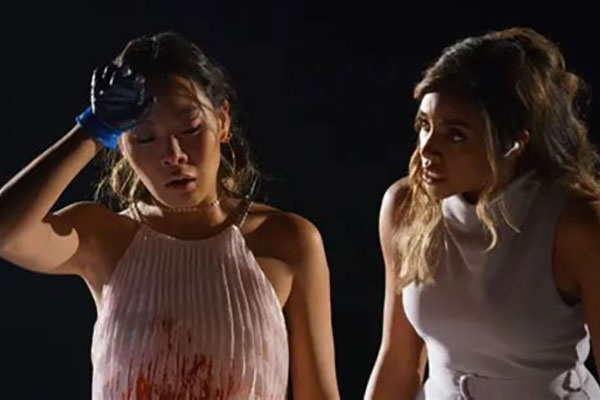 Honestly, I like this show when it's focused on Batwoman and letting her, in and out of the costume, do things her way. Unlike Supergirl this show can actually convincingly handle the super-heroics along with the personal character growth and I think that's, in large part, because Javica Leslie has a firm grasp on her character and how she wants to portray it. Camrus Johnson is great as Luke Fox but he seems a little lost here as Batwing and I worry if, down the road, the hero bloat is going to start dragging this show down like it's done all the other's in the 'verse.

As far as this episode was concerned... it was fine. We got a new Mad Hatter, Liam Crandle (Amitai Marmorstein), and he had a gleeful time playing evil although his performance was nothing compared to Alice (as was made clearly evident when they put the two characters together). And the show really is struggling to make us care about its whole cast. Alice isn't needed, and Renee doesn't get a great introduction here basically strong-arming the heroes into doing her bidding. The idea of bringing in new Bat villains is great, and I really hope we get some good ones to justify all the build up. Just, right now, the show is still treading that line of, "eh, it's fine."

This show is one of the better series in the Arrowverse just by grace of how bad many of the other shows are (Legends excluded). I keep waiting for it to be better because it feels like the DNA is there for it to be a great show. But, maybe not, three seasons in, I'm just kidding myself. I guess we'll see.