Traveling the Strange and Wondrous Roads

Last week was crazy for me so, unfortunately, some projects I work on had to get set aside for a little while. Thankfully things have freed up so we can finally discuss last week's episodes of the ArrowverseWhen it was announced that the CW was creating a show based on the Green Arrow, people laughed. The CW? Really? Was it going to be teen-oriented like everything else on the network and be called "Arrow High"? And yet that one show, Arrow has spawned three spin-offs, various related shows and given DC a successful shared universe, the Arrowverse on TV and streaming.. And, really, not a whole lot happened. Only one actual 'verse show updated, Legends of Tomorrow, so it's that and Doom Patrol for us to discuss. Two of the weirdest shows on the air right now; I rather like that.

Thankfully, everything should pick back up soon as all the Arrowverse shows head into their end-game for the season. We'll see soon enough what will happen here as everything wraps up this season and starts preparing for Crisis on Infinite Earths next year.

Doom Patrol is probably the strangest show DC ComicsOne of the two biggest comic publishing companies in the world (and, depending on what big events are going on, the number one company), DC Comics is the home of Superman, Batman, Wonder Woman, and just about every big superhero introduced in the 1930s and 1940s. has ever produced (and considering it's up against Legends of Tomorrow for that title, that's saying something). For evidence of that look no further than this week's episode where the team (well, Cyborg and Negative Man) have to aid Danny, a living, sentient street. Yes, this is a real character in DC Comics, a living, breathing street that can teleport anywhere it likes and have people it carries along with it and protects. It's an odd-ball concept to say the least, but the show uses the character this week to tell a tale of transgender identity and knowing your true self (because if anything give that message, it's a living road). It seems that a super-secret government agency, the Department of Normalcy (gods, this show is weird) wants to capture Danny and experiment on him, or destroy him, or both, so Cyborg, Larry, and the "Dannyzens" have to save the day.

Meanwhile, Crazy Jane did not take last week's group therapy session well and has retreated into her own mind, letting one of her most psychopathic personalities, the love-lorn Karen, take control. Karen loves a guy (Doug was his name, I think, although he's really not that important here) and every time she takes over Jane's body she chases after him. She also has love spell-like powers and can brainwash anyone. Rita and Robotman go to stop Karen and try to bring Jane back out of hiding, but Karen's hold is too strong and the only person that seems to be able to resist her spell is Robotman. Things are going to get worse before they get better.

The focus of the episode this week really is Danny because, seriously, a living road is just such a strange concept. I know I've seen versions of the character in the past (maybe on Batman: The Brave and the Bold or Young Justice), but in those past incarnations Danny was more of an alley. Here, though, he's like a 1950s-style street, replete with shops and houses and, yes, a drag club. That club is actually the primary set for Danny, the place where his gender identity, and that of many of the lost souls that make their way to Danny, are able to find themselves. Having these characters show up in this episode, and be as open about who they are, will probably turn off some viewers (if DC Universe allows comments on episodes I'm sure they had to disable them for this episode). Personally, I dug the message --be your best, true self -- and I liked the fact that while the episode featured a drag club with performers in full regalia, it never got preachy. 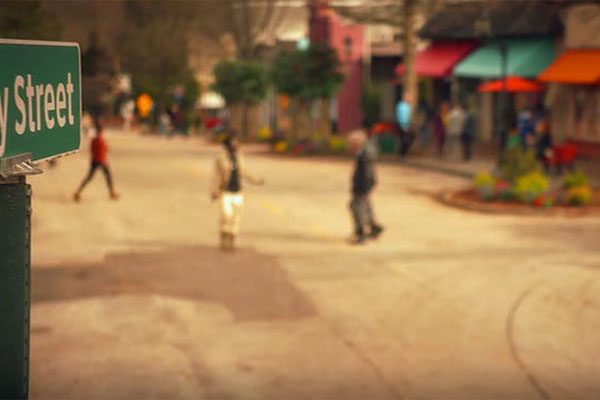 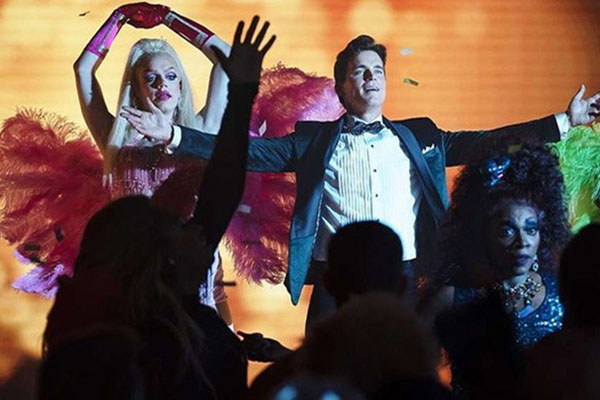 In comparison to drag queens and a living road, the Jane/Karen storyline just didn't have nearly as much weight. Sure, it's clearly being setup as a major character moment for Jane (in much the same way that Danny was an avenue for Negative Man to address his own fears about being his true self, something he's struggled with all season), but Karen is a half-baked character and nothing about this episode made it seem like Karen was going to become the new status quo for Jane's character. Plus, it still doesn't feel like we have a great hold on her character, or Robotman, for that matter, and since the two are basically locked in each other's orbits, it would be nice if we could get some solid development on this front.

Although the B-plot struggled this week, I really enjoyed the story about Danny. This series is so weird, as this episode exemplifies, but that's why it works so well. Overall this was a standout episode for the show as the series meanders from one strange story to another.

In comparison to the weirdness of Doom patrol, Legends this week just couldn't compete. In this episode a time disruption occurs after Nixon, back in the 1970s, starts tell the absolute truth. "Yes, I am a crook." This causes the American people to lose faith in their government (more so than having an obvious, pathological liar would), and two years later the world descends into total chaos. Thus, the Legends have to go back in time and find out what's wrong with Nixon. If you guess magical, lie-eating cockroach goddess then you win a prize. The team kidnaps Nixon and take him on an RV road trip so they can find a way to extract the goddess from the president and save the future.

While I like this episode on concept, and it had a number of funny moments, overall this week's story was a bit of a letdown. True, it's great hanging out with the team and watching them go on the run, forced to hang out together in tight quarters. But the episode never really goes anywhere with the concept, making passes at things like Blue Brothers-style car chases without ever committing to the bit. And then the episode just kind of ends with everything magically getting resolved even though the main plot never reached its natural conclusion. It's like the writers had a lot of story beats they wanted to hit but no real idea on how to conclude it.

I think it part the blame has to rest with the villain. There's a demon after the team, pulling strings in the background, trying to take over the Time Bureau (and all the magical creatures it's been storing) from the inside. But we still don't know enough about this demon big-bad to care about him one way or the other. An episode like this sets a lot of pieces in motion for the end game but still don't understand what the endgame is actually supposed to be. And, this late into the season (since Legends always has truncated season orders) we really need to know where the show is going. This episode spins a lot of plates but never gives us clear answers. 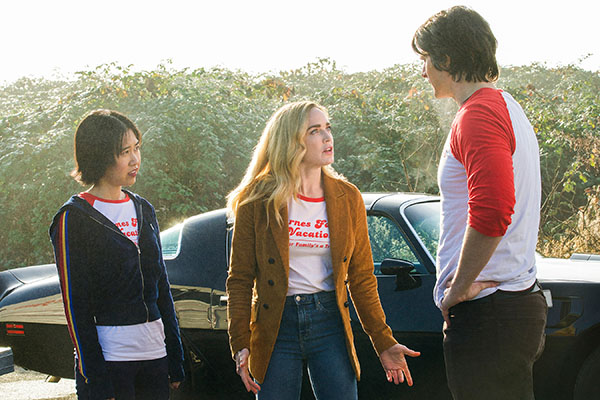 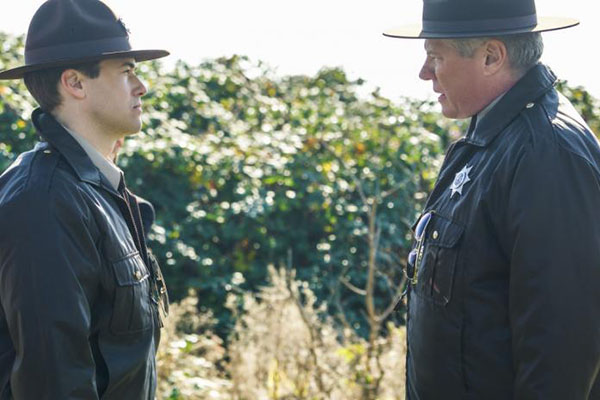 Overall this episode is fun but muddled. More direction needs to be given for our team, and the overall plot of the season, so we can get invested before its all over.