You know a couple of shows we haven't discussed in a while? The Flash and Legends of Tomorrow. Thankfully, this week had a couple of really good episodes from those shows, so let's take a little time a focus on these shows this week.

Besides, I've talked enough about Titans and Black Lightning, right? Yeah, I thought so.

As I'm sure I've mentioned before, the most recent season of Legends of Tomorrow has not been my favorite. The switch from dealing with time crimes to magic crimes has not been that smooth, and much as I like the cast and the work they do, the stories just haven't been there. Now, I'm not going to argue that the nominal A-plot of this episode is any different, but it's some of the stories going on around the main plot of this episode that helped to elevate it and make it something special.

So yeah, the main stories of this episode deals with a homicidal spirit that is killing blond women in 1800s New Orleans. The spirit, it should be noted, has possessed a doll, making for a multitude of Chucky references, which I certainly didn't mind. While the concept was enjoyable enough, the doll itself wasn't especially scary or effective as a villain, so while the cast was game, this plot line just didn't come off anywhere near as creepy as I think the production staff thought it would. It wasn't bad, it just wasn't great.

Better, though, was the B-plot (which, to be frank, got enough focus it really could have been considered the A-plot). Here we spend some time with Constantine, fleshing out his character, It seems that right before joining up with the show he met a man and fell in love. Sadly, as we learn over the course of the show, not only did his lover (who he cared deeply for) die, and not only was he sent to Hell, but Constantine had to be the one to do it, and he blames himself for it. So he tries to change the past, over and over, until finally he makes the change occur, ensuring that past-Constantine and his lover never stay together, thereby changing Constantine's reason for leaving New Orleans (as in, he doesn't have one), causing him to not join the Legends, and on and on.

Suffice it to say this leads to a time paradox and, as we see in the last moments of the season, time freezes. It's hard to say if everything is going to stay frozen, or if time is going to shatter, or who knows what. This show plays truly fast and loose with even its own rules of time continuity, so who knows what the consequences of all this will be. All we know is that there are only two people right now that can solve this problem: shape-shifting Charlie, and air-magic-controlling Zari, and the later person is, for some reason, now a little kitten. It makes no sense (although somehow I'm sure the show will explain it), but I love the fact that the show committed to blowing everything up right before the mid-season finale. Well done. 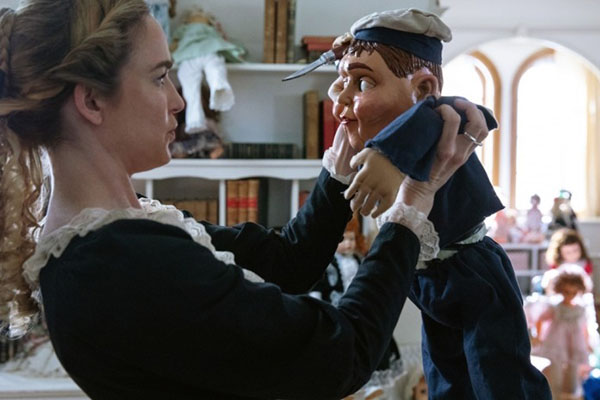 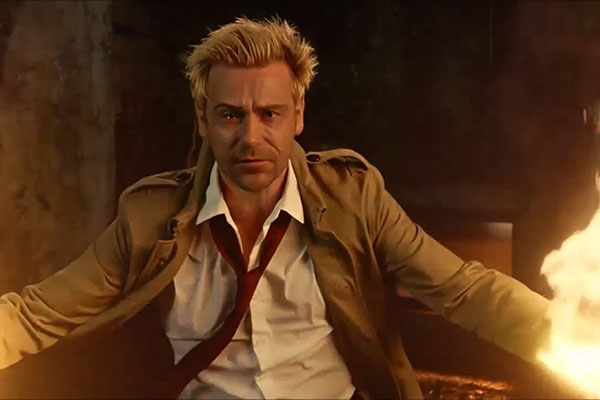 Oh, and there was a plot line with the new girl at the Time Bureau and her love for the Hawaiian monster she was guarding. I honestly still hate her so I mostly ignores this plot line It was fine or whatever.

But yes, time is completely screwed. What a place for it to be right before the Legends' adventure that runs concurrently to Elseworlds. I dig it.

The Flash, Season 5, Episode 8: What's Past Is Prologue

So I'll note that for all my bitching about the general terrible quality of season four of The Flash, this season has steadily become quite improved. The show is finding a way to be lighter, funnier, and more enjoyable all around. At this point is has earned to right to take a bit of a victory lap, and that's what the show did for "What's Past is Prologue", the 100th episode of the series. Like, a literal victory lap.

While the team if having a meeting about how to deal with season bad guy, Cicada, Nora suggests creating a kind of Dark Matter magnet that could grab a hold of Cicada's dagger (the Dark Matter device he uses that's temporarily steals away meta-abilities). After a bit of discussion about how it could be done, the team figures out a way to grab devices they've used in the past (a Dark Matter injector from the Zoom era, parts of Savatar's armor, and absolutely nothing from the Thinker because his season sucked) so they can build the necessary magnet and take control of the fight with Cicada. Ad to do all this, Barry/Flash and Nora/XS have to travel back in time to each of these eras and steal the devices needed.

This allows the show to relive key moments in the history of The Flash. This whole part of the episode worked much better than I expected, as usually revisiting previous time periods on any show feels rather masturbatory. "Oh look at us, we can go back and relive key events over and over. Isn't this fun?!" Here, though, with an actual purpose to the time travel, and with the show keeping the time jumps very short, a few scenes at each stop, the episode is able to sidestep a lot of these kinds of complaints. While the story is fairly serious, the episode is light and adept, finding a level of fun in the antics.

The one part I don't like is the implication at the end of the episode that Nora is somehow working with Reverse Flash from the future (in his Harrison Wells face). One, it annoys me because so many times on this show the characters keep secrets from each other, and this is just one more secret someone on Team Flash is keeping. We get it, none of you know how to tell the truth. Can you please all get over yourselves already. Also, though, I question why Reverse Flash would have Harrison Wells's face since he doesn't get that until he comes into the "present" of first season and then he stays in that time period. I get that probably the other actor didn't want to come back for the role, but this is a detail that doesn't make much sense when you think about it. 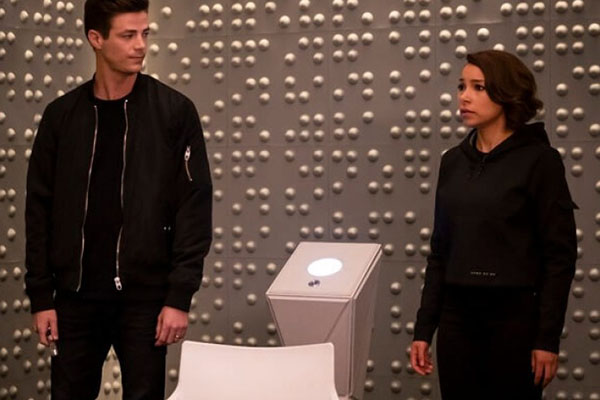 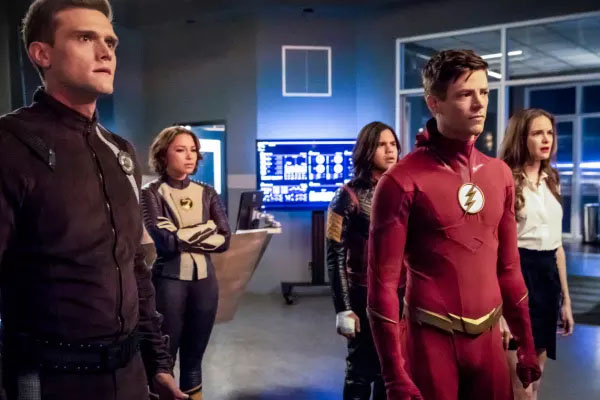 For the most part, though, I found this episode enjoyable. And hell, who knows? Maybe the show can make the Nora/Reverse Flash team-up work somehow. I have enough invested in the season at this point I'm willing to ride it out.