The 'Verse Returns (for a Little While)

And we're back! The ArrowverseWhen it was announced that the CW was creating a show based on the Green Arrow, people laughed. The CW? Really? Was it going to be teen-oriented like everything else on the network and be called "Arrow High"? And yet that one show, Arrow has spawned three spin-offs, various related shows and given DC a successful shared universe, the Arrowverse on TV and streaming. returns, hopefully for the rest of it's season, and we get to play out all the last storylines as things come together. It's going to be interesting to see how the 'verse comes together for these last few episodes.

This week we only have two of the four returning, The Flash and Legends of Tomorrow, so let's get into it:

The Flash, Season 6, Episode 16: So Long and Goodnight

Well, all the shows are back, right in the same shape they were beforehand. If you're a fan of Legends of Tomorrow (which we'll get to next) that's a good thing. For fans of The Flash (seriously, how many of you still exist) that means more of this stupid Mirror Master plot line that's just plodding along while the show loses all sense of intelligence, pacing, or interest. My god, this show has really fallen off.

In the main plot line, Joe is being chased by Rag Doll, sent to kill the police captain at the orders of Black Hole leader Joseph Carver. This involved Rag Doll bending himself into increasingly silly places (the engine of Joe's car so he can cut the brake lines while the car is moving, or putting himself into a tiny evidence box that will conveniently be placed behind Joe during an investigation) all to get Joe out of the way and end his investigation. I just... I can't. This is stupid. Carver has access to millions of dollars, all kinds of super-powered metas, and his best plan is to use Rag Doll to harass Joe, over and over? That's so dumb.

Rag Doll was an interesting, if pretty silly, meta when first introduced but now, in just two episodes, the show has already managed to overuse the character and make him tedious. That's practically a record. That said, Rag Doll is still vastly more interesting that Black Hole, Carver, or Mirror Master, none of which have really come into focus as villains (in part because all the actors playing these parts are just so terrible). I still have no clue where this season is heading (with, presumably, six episodes to go) and I'm finding it increasingly hard to care about anything going on in the main story. 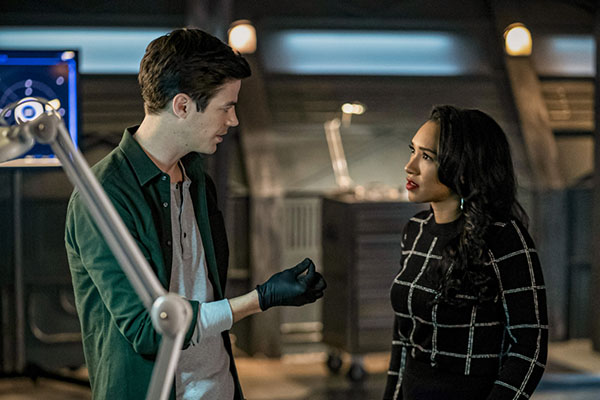 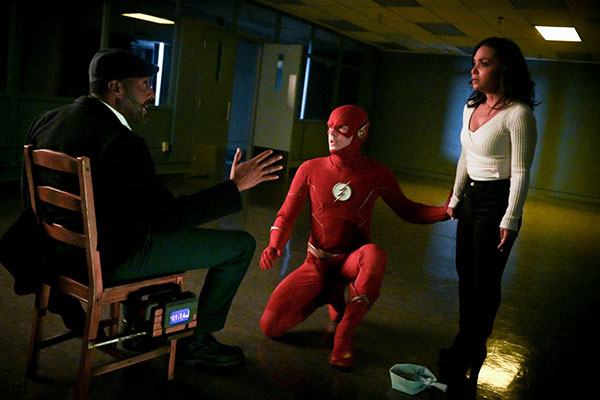 Meanwhile, over on the B-plot, Ralph has once again tracked down Sue as she's running another of her hack-job/grifts, but instead of losing her trail once again, he finally gets her to sit down so they can talk. After revealing how much of her case he knows -- that her parents are being blackmailed and Sue is trying to clear their names -- the two agree to work together. Frankly, I like these two characters, and their storyline along with it, a while lot more than the main show. If we could just have The Adventures of the Elongated Man, and cancel The Flash in the process, I would be so much happier.

This show used to be good, but it's clearly gone on for too long, with the writers and producers losing all sense of what made this show work. We already had Arrow put out to pasture and, at this point, I think it's high time The Flash followed suit.

And then we come to Legends which is the polar opposite of The Flash in every way. Where The Flash is tedious and plodding and seems to be going nowhere, Legends is fast and energetic and, most of all, it still has that sense of fun that makes it such a joy to watch. I wish The Flash was fun still but all the joy has long since been sucked out of that series.

The overarching storyline of the season has been the Loom of Fate, a powerful object Charlie shattered into three pieces and scattered across the multiverse. Only problem is the original multiverse merged into a single world and all three pieces were once again back on Earth-Prime. Constantine needs the loom so he can change the fate of the one girl he couldn't save, Astra, and Charlie is helping him so, after that one change, the two of them can destroy the Loom once and for all. However, Charlie's two sisters, the other two Fates of Greek legend, want to rebuild the loom so they can once again decide the fates of men (instead of letting men decide their own lives). And today we finally get to (officially) meet the two fates and they are appropriately otherworldly and evil.

John, Carlie, and Sara end up out in the woods to track down the second piece (having already found the first back in Shakespearean England), but the woods just so happen to be the place where the fifteenth season of Supernatural was filming. Something happened to that crew and, for whatever reason, they were all turned into zombies (that is the one weak point of this episode: we never get an explanation for the zombies and that whole matter is dropped so we can deal with the Fates). Charlie's murderous sister, Clothos, shows up and grabs the second piece. She then uses that piece as a tracker to find the first piece, back on the Waverider. 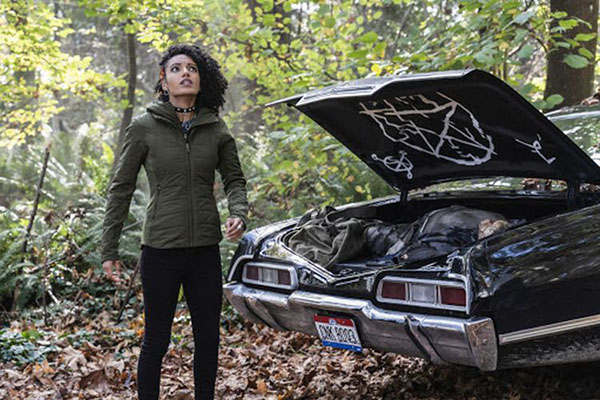 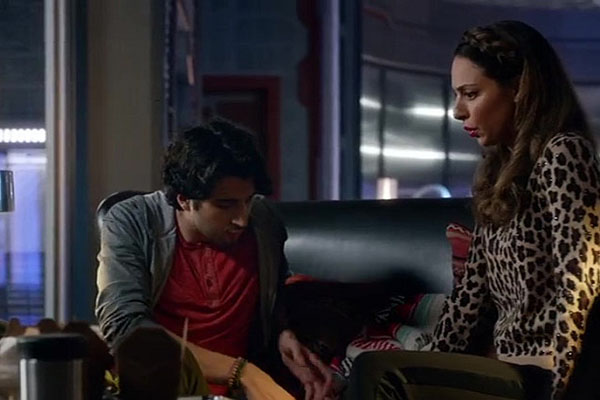 Meanwhile, Behrad is helping his sister, Zari, figure out why she's having two sets of memories. To solve the matter he has Zari wear the air totem and go into a meditative state to talk to past bearers of the totem this leads Zari to have a conversation with the previous version of herself from a different timelines, and the two reach a very nice place of peace. Sadly, while she's in this trance Clothos comes up and kills Behrad, snipping his fate line. Sara and Charlie are able to get the pieces of the loom back and kick Clothos off the ship and into the time stream, but losing one of their members is a big blow. Zari takes it worst of all and tells Constantine that they're going to use the Loom to bring her brother back. It's... yeah, a lot happened here (and this doesn't even touch upon Mick trying to reconnect with his daughter in the C-plot).

Suffice it to say that I'm hugely impressed with how Legends was able to cover all this in just 40-odd minutes, pushing forward the main plot of the season while also getting in good bonding time with the characters, adding in some dramatic stakes, and pushing everyone forward. This is a show that knows how to make progress, to keep everything moving, and to make it all enjoyable. Once again I'm reminded of the fact that this is the gem of the Arrowverse. It's nice to know that whole other shows (like The Flash) flounder one of the series in the 'verse at least has it shit together.

Seriously, Legends of Tomorrow needs to be turned into the linchpin of the whole Arrowverse moving forward.