So, Unicorns Are Bad?

With this week we finally have all the Arrowverse shows up and running once more. Legends of Tomorrow made its debut on Monday, giving us a dive into time and fantasy, showing that Legends is back to being the weirdest show in the 'verse, as it should be.

We'll cover the premiere of Legends and then also start our regular coverage of the best episodes week-to-week, starting with the second episode of Titans.

When last we checked in on the time-traveling crew of the Waverider, they had just defeated Malus, a demon sealed away centuries ago (by a collection of African tribes who, themselves, had powerful totems they used to control the elements). Malus was threatening the whole of time and space, and to defeat the demon the Legends first had to release him from his prison (before he pulled the whole of reality down in his attempts to escape). Releasing Malus, though, also released all kinds of untold demons and horrible creatures into the universe, making everything much more magical (in a very bad way).

That leaves the Legends with the task of tracking down all the magical villains scattered across space-time so that these beasts can be sealed away once more. So that's what the crew, led by Capt. Sara Lance / White Canary (Caity Lotz) and including Ray Palmer / Atom (Brandon Routh), Mick Rory / Heat Wave (Dominic Purcell), Nate Haywood / Steel (Nick Zano, although the character shouldn't confused with the Superman-related character also called "Steel"), Zari Tomaz (Tala Ashe, playing a character normally known as Isis), and new addition John Constantine (Matt Ryan) will do for the rest of this season.

It's been five months since Malus was defeated, and aside from that beast (and also one dragon), the time-space continuum has been quiet with no more weird, magical beasts showing up. The team basks in knowing they've saved the universe, and they all start contemplating what their lives will be like if they don't have to travel through time, fixing messes constantly. That changes, though, when a time-disturbance is detected at the 1960s music festival, Woodstock. The team (all discovering the time disturbance via their own means and traveling there separately) find a unicorn wandering through the concert grounds. This isn't a good thing, though, as unicorns are apparently vile, carnivorous beasts that will dope up their intended victims with magical horn-goo and then devour their hearts. Without the help of the Legends, this unicorn would go on to cause fear and panic among the concert goes, abruptly ending the "Summer of Love" and shifting events down a very different path.

Thankfully, there's John Constantine to help the team. Pulled into events by Sara, he knows just how to stop a unicorn. All it requires are the ingredients for a spell... oh, and a virgin. Hopefully they know someone that's still a virgin because it's the Summer of Love and none of the kids at the concert are anything close to virginal anymore. The team will have to act fast to find someone pure enough and defeat this beast before it devours the 60s.

Make no mistake, Legends of Tomorrow is a deeply silly show. While the other shows in the 'verse are dealing with heavy topics of anti-alien politics, prison stints, and serial killers, the Legends have to deal with the most magical unicorn ever shown on television. This might be part of the reason why Legends is constantly the breath of fresh air in the Arrowverse: it's a show that doesn't care about being anything more than a big, dumb, entertaining romp. 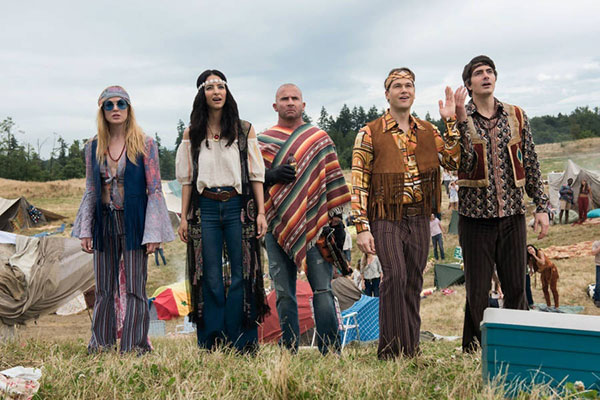 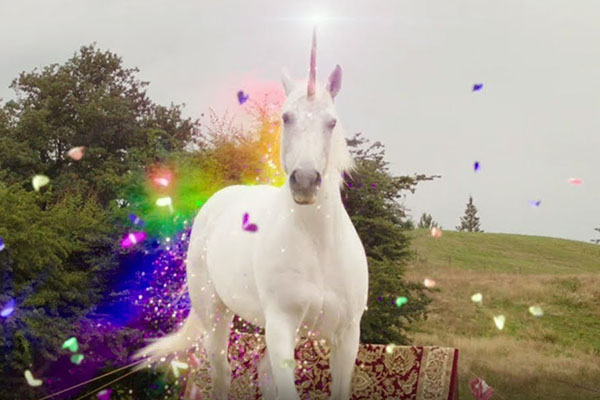 What's surprising is how good this show has gotten since it premiered. The first season is absolutely dreadful, mostly because two of the main characters at the time, Hawkman and Hawkgirl, were not only boring and dreadful but also were made the focus of the plot of the first season. I have plenty of friends that refuse to watch that show even though the Hawks left at the end of first season (never to return) and the show drastically improved since then. Legends doesn't try too hard at this point to tell grand stories of love and loss (unlike it's first season), instead reliably telling silly stories about Tickle Me Elmo-like toys becoming the avatar-gods for ancient Vikings or magical, rainbow-spewing unicorns devouring attendees at Woodstock.

That said, this episode wasn't really a great first step for the new season. There was a lot of setup for the show, changes to the story and a setup of a new plot line (let's fight fantasy monsters!) that all had to get going. Normally, an episode like this would also setup a villain for the season, someone specific we can love/hate as the focus of our attention. No major villain is introduced, either indicating there isn't one for the season just yet, or that the show really wants to play the plot line close to its chest.

The unicorn is amusing on it's own, and a very Legends monster for the team to fight. It's not a great monster for a first episode back, though -- it lacks personality, and thus sucks as a focus of an episode. I think if this story had been buried later in the season it would have worked better, but here it's a big of a drag. Still, it wasn't a terrible episode of Legends of Tomorrow, it just dragged in placed. Knowing this show, it can rebound back from here. It has, of course, rebounded from worse. 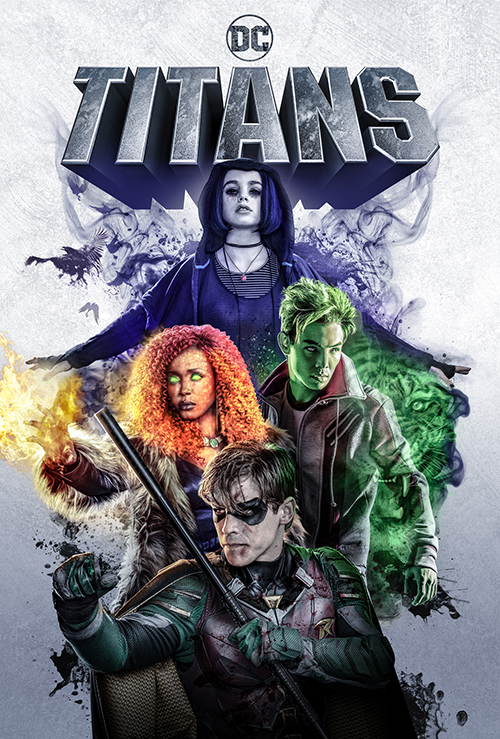 It feels weird to already cover another episode of Titans after we just talked about the premiere last week. However, while decent across the board, none of the other shows in (or connected tangentially to) the Arrowverse were as good as this week's episode of Titans. Well, except for maybe the strange episode of Legends we talked about above. Honestly, if this was a normal coverage week (like we'll have moving forward), I probably still would have talked about Titans and Legends -- these were the best two episode of the 'verse this week.

In Titans the focus is placed squarely on Dick Grayson / Robin and Rachel Roth / the soon-to-be-Raven. There's no Starfire to be seen at all (presumably she's in-flight from nondescript Eastern Europe over to the States) and no Beast Boy, but that's not to the episode's detriment -- the series is still doing a lot of setup, so keeping the focus squarely on the A-plot of the show is a good thing (at least for now).

Not knowing what, exactly, to do with Rachel, Dick decides to take her across country to a couple of friends of his, Dawn Granger / Dove (Minka Kelly) and Hank Hall / Hawk (Alan Ritchson), fellow vigilantes of the night. As we seen in a few flashbacks, Robin used to work with Hawk & Dove back when he was still with Batman (and this, despite it being expressly against Batman's orders). There was also a minor love-story angle between Robin and Dove, which only complicates matters n the present between Robin and Hawk. Hawk & Dove have their own matters going on, dealing with a criminal syndicate they're trying to shut down (and, from the looks of it, rob as well), and are none to receptive of Robin just dumping a teenager on them, especially one with powers. Worse, a family of assassins is on Rachel's trail and just might cause some serious damage to all the heroes once they all meet up.

There are any number of ways all of these characters could have been interpreted on television, but Titans seems to be going with the most grounded, almost-Nolanesque version of the characters it can come up with. This first season is starting to feel a lot like the first season of Arrow: dark, gritty, with an emphasis on keeping most of the characters are realistic as possible. That means that the supernatural aspects of Hawk & Dove are downplayed (and potentially excised entirely, if this episode is any indication). Meanwhile, the villains of the piece, the Nuclear Family, are treated as super-drug infused assassins (and not the nuclear-powered robots they are in the comics). It's an interesting angle to take, and probably also a lot cheaper to film. 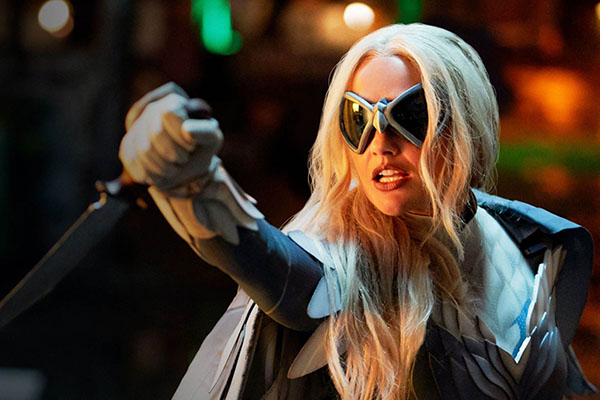 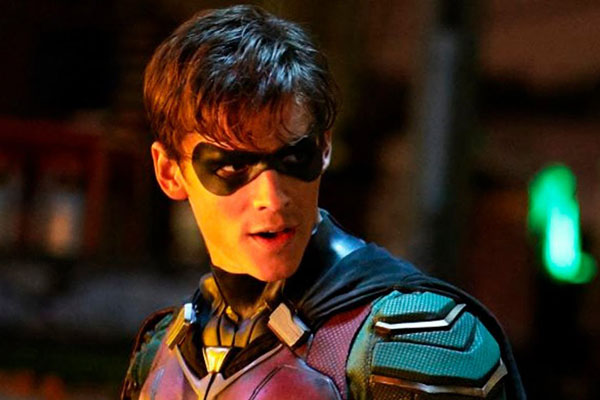 This also means that the few supernatural characters we've seen -- Raven, Starfire, and Beast Boy -- are probably the exceptions in this universe, not the norm. It might help to explain why these characters come together (a collection of freaks all working side-by-side). It also gives the potential for some interesting story angles moving forward.

Really, though, I liked this episode as much as I did because of Hawk & Dove. These are characters I've enjoyed in the comics and to see them portrayed well in this series (right down to their costumes actually looking both comic-accurate and like something people would wear, a tall order for how weird they look in the comics) is a big win. This episode improves on the premiere and sets up some intriguing plot lines moving forward. Top marks for the second outing of this series.