A Weird End to a Weird Show

Editor's Note:Due to the holiday, and then being sick for an entire week, this article is going up much later than we would have liked. Still, we're posting it up to help close out our Arrowverse coverage. We also have the Supergirl/Legends of Tomorrow finale article up today as well, which nicely puts a pin in this season of coverage, even if it is a week later than we would have liked.

And with this we're reaching the close of this season of ArrowverseWhen it was announced that the CW was creating a show based on the Green Arrow, people laughed. The CW? Really? Was it going to be teen-oriented like everything else on the network and be called "Arrow High"? And yet that one show, Arrow has spawned three spin-offs, various related shows and given DC a successful shared universe, the Arrowverse on TV and streaming., and, weirdly (and fittingly, considering the show we're about to discuss), it's not even a show that actually fits properly into the Arrowverse. Due to the way the DC Universe service is setup, the shows on it (Doom Patrol, along with Titans and all the upcoming shows as well) exist within their own pocket universe. There's still always a possibility the shows could crossover at some point (I mean, we do have a Crisis coming up soon), but for now it appears like the Arrowverse and the Titansverse (for lack of a better term right now) are going to be two separate realities.

We'll get into what that means for future coverage in a bit, but for now let's discuss the season finale of Doom Patrol.

So, when last we saw our team of heroes, they'd just confronted Mr. Nobody in the White Space... and lost. He got into their minds and forced them to relive their deaths over and over again until the Chief (the man they went into the White Space to save), finally plead for Mr. Nobody to stop. It was then revealed, at the behest of Mr. Nobody, that the Chief was the cause of everything that happened to our plucky band of heroes. As we soon see, he was there, one way or another, at the moment each of them suffered their horrible fates that turned them into the Negative Man, Elasti-Girl, Crazy Jane, and Robotman (not to be confused with Mr. Robot). With that horrible news out, the team abandons the Chief and each head off their separate ways.

We then pick up with the team months later. Rita and Larry are living in a house upstate with Rita working as a theater teacher and Larry working on bonding with the entity inside him, finding a happy, peaceful coexistence. Meanwhile, Crazy Jane lives in an old buss and is just trying to keep the voices in her head quite while Robotman checks up on her once in a while and brings her food (secretly so she doesn't yell at him).Soon enough, though, the Chief calls them all back together (with bad music blasted right into their brains) because Mr. Nobody apparently isn't done with whatever revenge he wants. It seems that Mr. Nobody captured Danny the Street (who is quickly becoming an unofficial member of the team), who apparently had the Chief's daughter living in a storefront on his street, and put them in a painting. Now the team has to go into the painting to say Danny, the daughter, and stop Mr. Nobody.

The only problem is they'll have to contend with two Kaiju-sized monsters, Ezekiel the Talking Cockroach, and the angry rat out for revenge, to stop this last, evil plan and save the day once and for all. Seriously, this show is really bonkers. 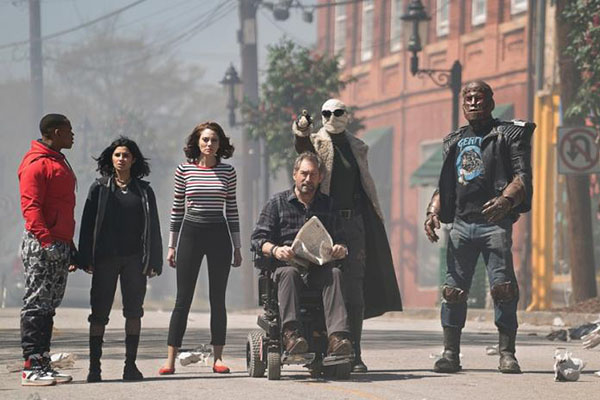 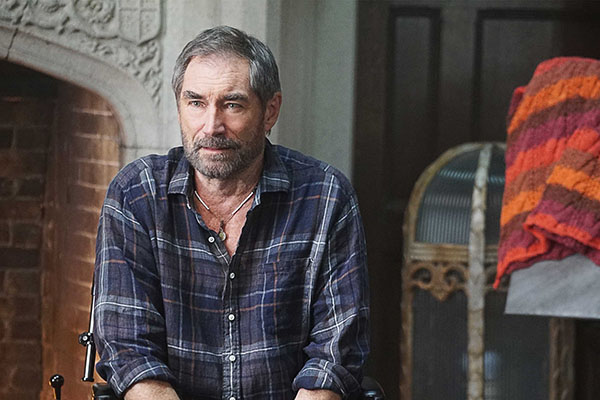 As far as season finales go I don't necessarily feel like this one was the most cohesive. The show was definitely trying to be weird for the sake of being weird, and on that front they succeeded admirably -- if you ever wanted to see a kaiju-roach make out with a kaiju-rat, this show has you covered. It's certainly a very weird, completely over-the-top finale that sees the team constantly doing one strange thing after another all for the sake of, somehow, obliterating Mr. Nobody, his allies, and the white space in general. It's strange and kooky but what it isn't, really, is cohesive.

Let's be clear that I enjoyed the finale for what it was: a bonkers way to spend an hour on my couch. The problem really is that the rules of this universe have not been explained very well -- on purpose, I'm sure -- so at a certain point the weirdness gets turned up so high, and just keeps happening, that you stop trying to explain it, or even understand it, and it stops even being shocking at a certain point. If the show could calm down for just fifteen second and explain a few things so we'd clearly know the rules of the White Space, or Mr. Nobody, or even just Doom Patrol in general, I think it would work more cohesively.

That said, maybe that isn't the point of the show. Perhaps the real goal is to make a crude, foul-mouth, live-action adventure cartoon and to have the character just do bonkers things week after week for the hell of it. If that's the case then you have to decide how much mileage you're going to get out of the show. If the series up until has seemed too weird, too cartoony, and too out-there, then this finale isn't going to work for you. I'm still on board, and I'm totally interested in where the show could go next season, but I also desperately want the show to take a beat and just give us some explanation. The latter may not happen, and it might keep the show from being truly great, but for now bonkers, weird, and bizarre will carry the day for me.