She Is the Night, But the Night is Rather Empty

A lot of stuff was off the air this week (or, at least, off for those of us trying to use the CW Seed to watch our shows), so the pickings were pretty slim. There was just enough to get us a full article, though, so we're going to sit down and discuss Batwoman along with even more Black Lightning. I would cover Supergirl this week, if I could, but the system wasn't working, sadly.

Next week we'll have more on offer, but for now let's look at two of the newer series in the ArrowverseWhen it was announced that the CW was creating a show based on the Green Arrow, people laughed. The CW? Really? Was it going to be teen-oriented like everything else on the network and be called "Arrow High"? And yet that one show, Arrow has spawned three spin-offs, various related shows and given DC a successful shared universe, the Arrowverse on TV and streaming.:

Batman has a lot of major villains to fight. Riddler, Penguin, Catwoman, and especially the Joker, all come to mind when we're talking about big threats to Gotham city. The Bat left Gotham three years ago (for reasons that are still not entirely clear just yet) and Batwoman picked up his cowl after all that time. What the show has yet to clearly tell us, though, is where all those villains went. Batman doesn't kill, so where are they? Is everyone just locked up on Arkham and Blackgate? If so, that seems silly because we all know both those prisons had a revolving door when it came to super-villains. We're six episodes in to Batwoman and, as yet, the show has yet to say "remember that month of terror from the Joker a year ago? I wonder where he went..."

Sure, the show tries to address this with The Crows, the para-military force that was basically keeping Gotham safe in the absence of Batman. Six episodes so far have show us, though, that the Crows are woefully unprepared for a super-villain attack. Alice, a third-tier villain with street-level goons, has somehow managed to evade them time and again, causing terror and mayhem wherever she goes. If Alice (who plays her part like a combination of Joker and Mad Hatter) can evade them so easily how has the Joker, Penguin, and Riddler all stayed in the slammer.

I mention this because, once again, Batwoman is dealing with a C-list villain, the Executioner, when all kinds of bigger threats are out there. Sure, the focus of the B-Plot of the episode is building up Alice and Mouse (I assume short for Doormouse, another Alice in Wonderland character) while Batwoman deals with the villain in the A-Plot. I just wonder where all the decent villains we might know have gone. Give us Killer Moth or Calendar Man, bring out Firefly or Man-Bat. Go the awful CGI route and show us Killer Croc or Clayface. At this point I'd settle for Condiment King or Crazy Quilt just so we know these villains still exist in the world. Batwoman needs her own set of rogues, to be sure, but Gotham hasn't existed in a void this whole time, we need to see villains we know to supplement Alice and her crazy plans. 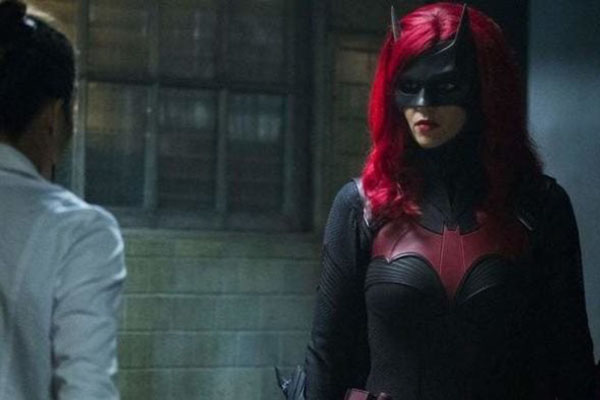 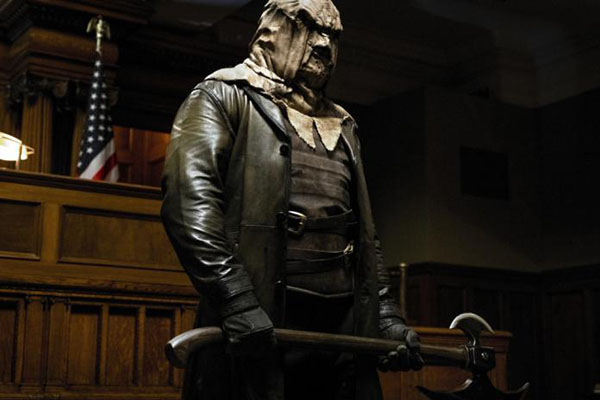 Of course I'm sure the real reason is that most of those villains are tied up in the Fox deal for Gotham and those TV rights have to expire before Batwoman can bring in anyone more well-known. It probably the same reason why Batman is off faffing about for three years while his city burns: he can't show up on the CW while he's licensed to Fox. Still, it's a tad annoying that even the decent Batman C-Listers have fallen off the face of the planet in the Arrowverse.

You will note that I've barely talked about the actual plot of this episode at all. That's because it's a perfectly fine, if utterly rote, tale, one that we've seen plenty of times before in the 'verse. Generic bad guy shows up, gives Gotham some terror, and then Batwoman intervenes and saves the day. Everyone on the show acts it well, and the story does when it's meant to do -- present a case-of-the-week for Batwoman to work through -- but it doesn't really elevate itself any higher than that. The Executioner is just some guy pushed too far by a corrupt system and neither he, nor the people he goes after, have any personal connection to Batwoman. Kate basically is fighting him because he's a freak in a mask. Case closed.

What makes Alice work so well as a villain is that, despite most of us not really knowing her, she has a personal connection to Kate Kane (or heroine in the mask) which means we care about the villain by extension. If the show is going to give us other low-level baddies it either has to create a personal spark or the villain has to be way more colorful than just a dude in a mask. It just illustrates that we need a five-episode arc all about Condiment King. I'm waiting, CW! Give the fans what they crave, with extra mustard.

And they actually did it: Black Lightning managed to pull off three episodes in a row that were actually pretty good. I will fully admit that I haven't been a fan of the show for a while. The first season started off well enough before getting stuck in sloggy plot lines that went nowhere, and second season was more of the same. But after a rough start to this season, Black Lightning has really started cruising. As I've noted in past weeks, this is all due to Agent Odell as he adds the needed spice and zip to the show.

This episode, actually, gave us the perfect contrast between Odell and the previous villain, Tobias Whale. Over the last couple of seasons I talked about how boring Tobias was -- he was all talk but no real game, and his plans never amounted to anything. Odell, by contrast, plays all sides without shewing scenery. He can be a formidable foe without having to talk his game up, which means when he actually does something you're genuinely interested to see how it will play out. "Tobias is hamming it up again about how big he's gonna be," is all we ever got before, but Odell totally rules the scenes without once having to be a big, swinging dick.

Whale shows up in this episode to act as a guinea pig for Dr. Lynn (Medicine Woman) and her Greenlight experiments. It seems Whale is one of the only people in the world that can ingest the Greenlight-adjacent drugs and process their effects without it blowing out his system, so Lynn needs his blood. This then leads to yet another awkward scene of Whale talking a good game before failing to do anything. It's a repeat of his story, over and over, played through the course of a couple of short scenes. 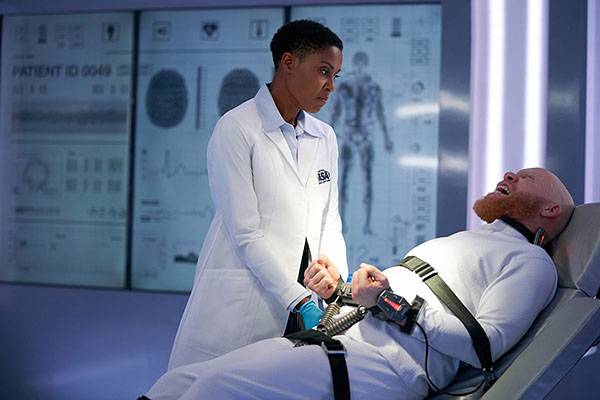 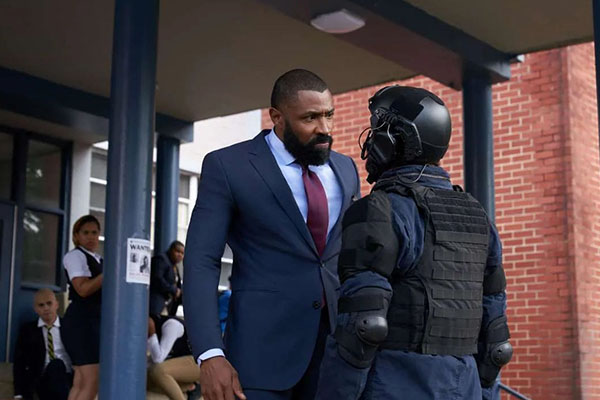 Compare that to Odell who, as it turns out, also has a couple of scenes only. But while Whale was once the villain and has to talk himself up to even seem like a big man before then being forgotten as just another also-ran, Odell is front and center in ever scene even when he's never on screen. He's the subject of each of our heroes' motivations, he's controlling have the crew without them realizing it, and the other half is actively rebelling against him, just like he wants. Everything is part of his plan, that's clear, but what's impressive is that, for now, it seems like his plan is actually succeeding. Impressive indeed.

By bringing Whale back for this episode it makes it seem like the show is somehow gearing up for him to once again take over as the villain of the show, after Odell and his ASA lackeys are sent packing out of Freeland. I really hope that isn't the case, though; Odell needs to stay here as the big bad, needs to take up the whole season of the show so the gears of this series keep spinning. The second the show goes back to Tobias Whale is his big talk (but no action), this show is going to sputter once more.