The Butts Are Loose

We're truly headed into the endgame for many of our shows. Seasons are wrapping up, and the next couple of weeks will see season finales for ArrowverseWhen it was announced that the CW was creating a show based on the Green Arrow, people laughed. The CW? Really? Was it going to be teen-oriented like everything else on the network and be called "Arrow High"? And yet that one show, Arrow has spawned three spin-offs, various related shows and given DC a successful shared universe, the Arrowverse on TV and streaming. which we will, of course, cover in detail. But we're not quite there yet.

Instead this week we're going to cover one of the stranger episodes in the extended 'verse, courtesy of Doom Patrol, and one of the episodes leading into the main Arrowverse endgame.

If nothing else you have to give Doom Patrol credit for being the strangest TV series DC is offering (not just right now but also in its history). And yes, I'm saying that even with shows like Kypto the Superdog and Batman: The Brave and the Bold. For instance, neither of those shows features a horde of walking, carnivorous butts. But I'm getting ahead of myself.

In last week's episode Cyborg was captured by the Department of Normalcy. As we see this week, they want to experiment on him, use his technology for their own gain and, maybe, turn Cyborg into a loyal soldier for the department so they can use him on missions. To save him the rest of the Doom Patrol (a name they all hate using) have to infiltrate the department (with the help of Cyborg's father, Silas Stone, who has connections within the agency). Silas, though, seemingly double-crosses the group, getting them all captured. But, of course, that's all part of the larger plan.

This particular episode isn't all that deep -- in comparison to some episodes, with their focus on Larry Trainor accepting who he is, a gay man who came of age in the 1950s, or explorations of trans identity via a sentient street -- this episode is a much more cut-and-dried super-heroic affair. One of the team is in trouble, so the rest of them band together to pull of a rescue caper. Simple enough. 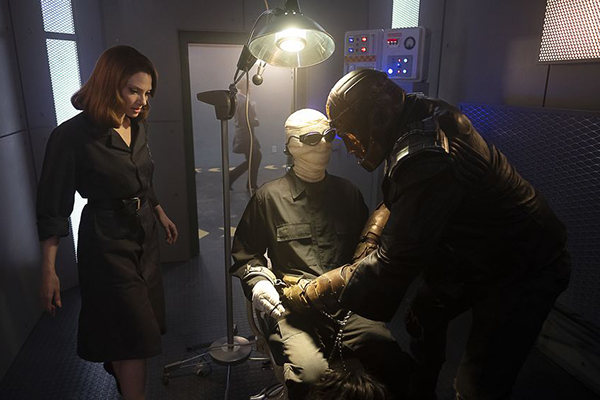 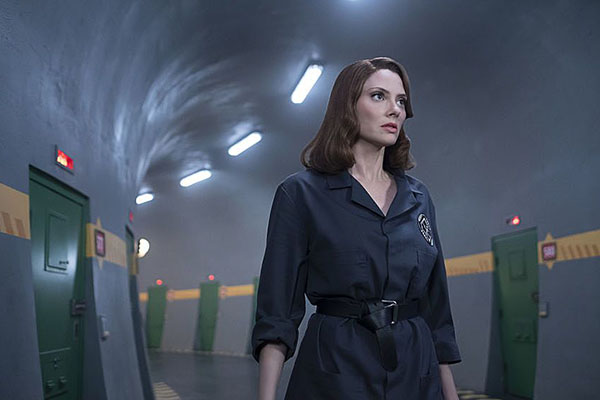 But this is still Doom Patrol which means nothing is ever that simple or straight-forward. The agency is a cartoonish villain, an over-the-top malicious force probably could have fueled years of storytelling on the show. Instead, once they are introduced they are almost immediately shunted aside, taken out by the goofballs in the Doom Patrol all to service the bigger villain: Mr. Nobody. It's hard to know exactly what the show is really building to but every time some other villain is knocked down Mr. Nobody shows up, so I have to assume everything that's going on is part of the villain's larger plan.

This is actually a flaw with the show right now: Mr. Nobody is a villain far removed from all the action, a plotting schemer with seemingly limitless powers that we know nothing about. While I dig Alan Tudyk's scenery-chewing performance as the bad guy, we still don't know where the series is headed. We don't know what Mr. Nobody truly wants or what his grand scheme is supposed to be which, in turn, makes it hard to invest in the overarching story of the series. This lack of clarity is starting to hold the series back just a tad, leaving the show feeling like it's spinning its wheels just a tad.

And yet we did get carnivorous, sentient, walking butts. That feels like a win all the same. Even if the show never settles on its big, overarching story, so long as it keeps giving us truly odd-ball moments like this, I'm okay with it.

The Flash, Season 5, Episode 21: The Girl With the Red Lightning

Over in the main 'verse, the plot line with Cicada II is finally building to a head. Over the last couple of episodes the villain stole the various parts she needed to build a device that could take prototypes for Cisco's meta-human cure (prototypes that don't work and will just kill people, mind you) and shoot the viral agent up into the atmosphere, potentially killing thousands of metas all at once. The trick is that Cicada's dagger, the meta-tech that leeches the powers out of meta humans, is the linchpin of the device; if Team Flash can destroy the dagger they can stop Cicada II's plan. And, wouldn't you know it, they have a way to do so: a "mirror gun" that can eliminate dark matter-infused tech. Future Eobard Thawn / Reverse Flash gave Nora / XS the idea to use the mirror gun and destroy the dagger in the past. But why is Thawn being so helpful and, really, what is his larger plan?

Well, as is revealed by the end of the episode, the meta-dagger is the only thing keeping Thawn in check in his prison in the future -- if the dagger is destroyed in the past Thawn can escape his prison and be free to terrorize the Flash once more. Everything this season, from the moment Nora showed up last year, in fact, has been leading to this moment, as if Thawn plotted and planned it all. Everything is in service to him, and soon (next week) he'll finally be free.

Honestly, I have to call bullshit on this whole plot line Part of what made Cicada (I and II) interesting was that they were a kind of villain we hadn't seen before. In theory that could have also applied to Thinker last season, but he was a terrible, boring villain best forgotten. Cicada, by comparison, at least had an interesting concept and his (and her) motivations were clear. Sure, Chris Klein is a terrible actor and his performance held the villain back some, but on the whole this villain actually kind of worked. Even after he was stopped and a future version of his niece, Gracie / Cicada II, stepped in to continue the story, it was still interesting. Cicada provided a dynamic with the Flash that we hadn't seen before. 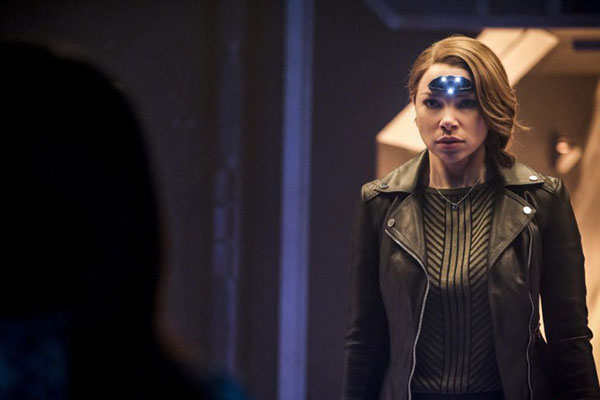 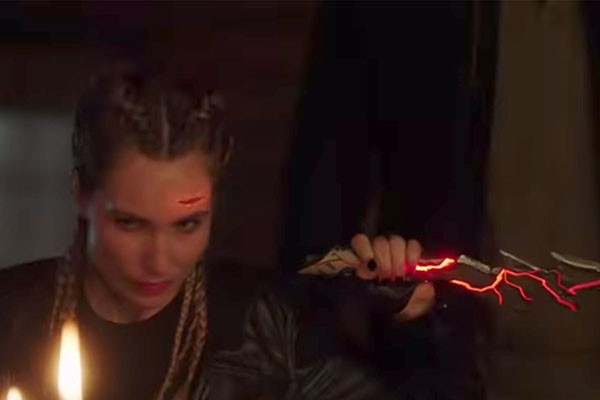 Unfortunately, this whole last act of the season has been kind of a mess. Cicada II has been less of a focus than Eobard Thawn and his plans. The show introduced another speedster, Godspeed, and then did nothing with them, and then brought everything back around the Thawn once more all so, apparently, we can get another battle between Flash and an evil speedster. We've seen this multiple times before and, at this point, it's pretty tedious.

Plus, really, haven't we already see the whole "evil villain is captured but it's all part of his plan" shtick before. It was done really well in The Dark Knight (where, in that case, it felt less like Joker getting captured was all part of the plan and more that Joker just had contingencies on top of contingencies for everything), but then it was aped in all kinds of other media after that, from James Bond: Skyfall to, now, this. It's a dumb, hacky trope at this point and I wouldn't have liked it better if they could have done something different with Thawn (or, better, just not include him at all).

Now, the show could still find a way to pull this off. Maybe the final confrontation will be between Flash, Reverse Flash, and Cicada II, and maybe it will result in Thawn's final, real death (after already having been killed off twice before and, seemingly, it just not sticking). Perhaps the show can finally move forward from the same rut it's been in year after year. We'll see next week, but I'm honestly not at all excited for the big finale this time around.