Rumors of His Demise are Greatly Exaggerated

This week marks the 150th episode of Arrow. We're certainly covering that episode not the least of which is because it's actually pretty good. But it's also worth noting that there are rumors swirling about the show moving forward -- how much longer does it have, with it continue with Oliver Queen as a main character, etc. While it's hard to guess about the latter point -- a second Green Arrow was introduced on the show this season, so it's entirely possible that Arrow could go on without the original Arrow. Somehow I doubt that, though.

Let's be clear: continuing a show when the lead character exits the series is difficult. Sometimes it can happen, but usually producers try to milk out one more season and everything crashes and burns (for those that watched it, I'm sure those fans are already thinking of the disastrous final season of Once Upon a Time). If lead actor Stephen Amell (Oliver Queen) were to leave the show, I think it's more likely that the CW would do a new spin-off with Emiko Queen / Green Arrow II (call it Green Arrow this time), or Red Arrow, or anyone else than try and keep the original series name around. Even more likely they merge the remnants of Arrow in with the under-performing Legends and make a proper Justice Society show.

That's all moot for now, of course, since Arrow was picked up for an eighth season this last week, and every other ArrowverseWhen it was announced that the CW was creating a show based on the Green Arrow, people laughed. The CW? Really? Was it going to be teen-oriented like everything else on the network and be called "Arrow High"? And yet that one show, Arrow has spawned three spin-offs, various related shows and given DC a successful shared universe, the Arrowverse on TV and streaming. show (plus Batwoman was given the green light). The CW seems perfectly happy to let this 'verse run for as long as they can, milking every dollar they can make out of the shows just as hard as they have for nearly two decades of Supernatural. I expect Oliver Queen will stick around through at least next year's "Crisis on Infinite Earths" before any real plans to send him into the sunset come to fruition.

As noted, this week's episode of Arrow marked the 150th episode of the series. To celebrate, the producers come up with a flimsy excuse to get as many characters back in the show as they could, including Quentin Lance (who died last season), Speedy (who left last season), and White Canary. This is all in service of a documentary being filmed about Oliver Queen (as the Green Arrow) and his team of misfits. Thus we have the plot of the adventure flowing through, inter-cut with scenes from the rest of the series's run, as if this were a real documentary. We also have a documentary crew following the hero around, and a lot of shaky cam footage. This who aesthetic might have been more interesting if it was in service to a live episode or something along those lines, but here it just feels like a forced bit of winking style. "Hey, look, we can make it look like this show is trying something new." Thee story works, the aesthetic doesn't.

It is a fairly decent story, though. Oliver has been working as a hero for 12 years now (including all that time spent in his "five years of hell" he used to go on about). He's inspired some people to join his crusade (like Spartan, two Speedies, three different Black Canaries, Wild Dog, and Mister Terrific). Has his time as a masked vigilante also inspired others to become flamboyant super villains? In reality, is the Arrow making it okay to be a masked freak and let your evil freak flag fly? This question is given form via this week's villain, an anti-vigilante vigilante. This is someone that sees the vigilantes and elects to hunt them, to collect trophies to show he's the better warrior.

This, of course, puts pressure on the city to figure out what to do with Oliver. He's now an official deputy of the SCPD so he can work out in the open. Does the city let this stand or do they strip him of his badge to make every other freak back down? Should they? It's an interesting point, and one I think the show was right to raise. The problem is they already had this conversation last week (with the villain that wanted revenge on Oliver for everything the vigilante did in his past), making this story feel a little redundant. I think the story is handled better here, it just would have been nice to not have, in essence, the same plot line twice in quick succession. 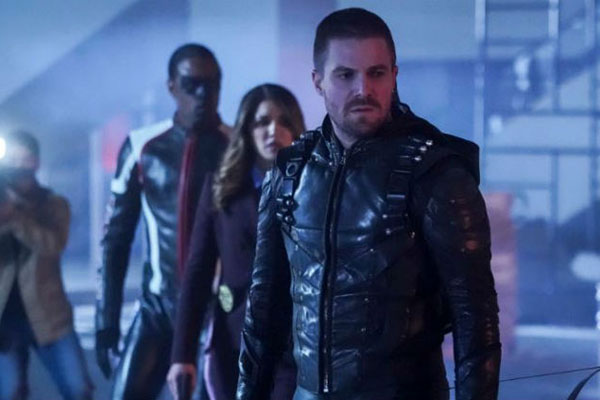 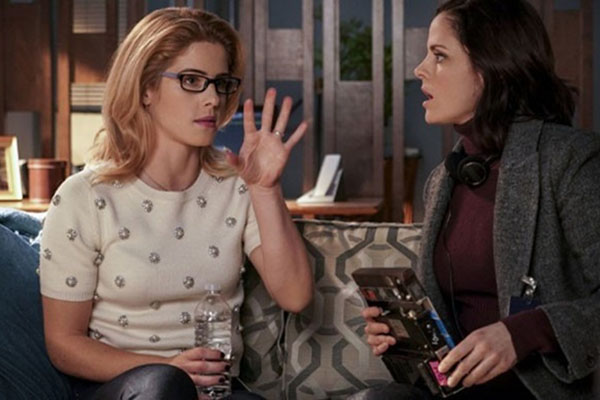 It doesn't help that the villain remains a faceless cypher this whole episode. We do get to see him in action, fighting our heroes, but we never actually learn who he is or why he's fighting other vigilantes. He's just a villain created to move a story forward, a plot point not a character. A stronger villain in this role, someone that we'd seen before now who brought this particular episode to a head, could have really raised the stakes on this episode and made everything feel like it had more weight.

Of course, there's also the simple fact that this whole season feels like the writers are trying to dig themselves out from sending Oliver to prison last season. If he could have just been deputized then, or made into an ARGUS agent officially, then the end of last season and the front half of this season would have been moot. Now the show is just trying to get its footing back after that big stumble.

while it was nice to have a bunch of returning character cameos, the episode itself doesn't really do enough to justify its existence. As a one-off taken out of context for the rest of the season, it's pretty good. Enjoyable, with humor and action along with the drama. It just doesn't exist on its own, and it struggles under the weight of the rest of the season before.

So Team Flash needs a gizmo for their next plan to take down Cicada. Whatever this gizmo does (it's a lot of hand-waved techno-babble), Barry and Ralph have to go undercover as bad guys to buy the stolen tech from a black market. At the black market, though, they get captured and slapped with meta-power dampening hand cuffs -- standard procedure at the market. Oh, and the cuffs have bombs in them, so if anyone steps out of line, they lose a hand. Now acting like normal, human criminals, the heroes have to try and blend in and get the tech. Unfortunately, instead of money the black market owner, a meta called "Goldface", wants Barry (who is pretending to be a villain known as the Chemist) and Ralph to pull a job for him. Do these two heroes act like criminals or do they sacrifice the needed tech to take down a bad guy.

Obviously it's the latter because this is The Flash and not Arrow. Although the episode has fun flirting with the idea of Barry going bad (and actor Grant Gustin does do a decent job being dark and broody), this show just doesn't have the DNA to be a serious crime drama. Good, because we don't need two shows in the 'verse like that. So the heroes naturally take down the rest of the criminal team and then have to fight Goldface.

The villain is a weird one. Goldface is a gangster bond villain, and the show really seemed to want to play up that angle. The undercover work, the super tech on display at the black market, the super villain acting with gusto -- this is all as close as The Flash has come to a riff on James Bond, and for this silly show it works. Even the strange villain -- a meta who's power is that he's basically made of gold underneath his skin (he even bleeds gold), so he certainly packs a punch (since getting him by him is like getting hit by a brick of gold). To stop the villain Barry and Ralph have to figure out a way to best a meta when they don't have any powers themselves. 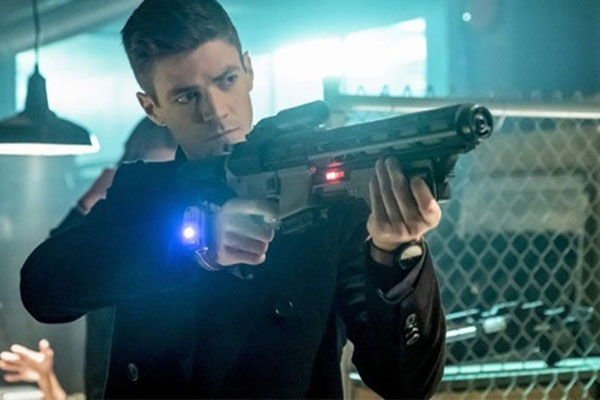 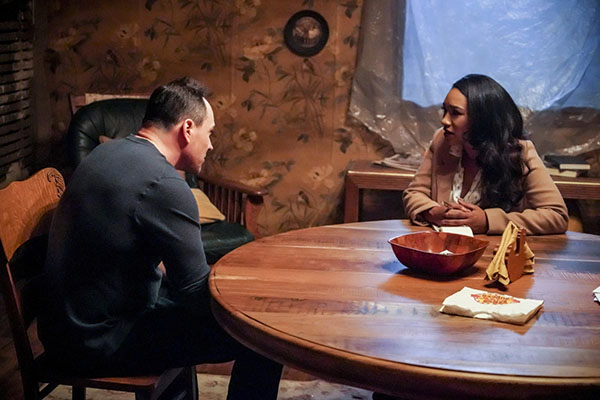 Yes, that's an obvious lesson for the heroes to learn: Cicada drains their powers with his knife, but if they can fight Goldface without powers, maybe there's hope for a battle with Cicada, too. That said, when you couple this with the plot line Cisco has been following for these last few weeks, being powerless and learning have to be the tech wizard of the team once more, it all seems to indicate that the show wants to take a back-to-basics approach going forward. If that means getting back to the light and goofy storytelling of first season, I'm all for it.

Oh, yeah, and the B-plot of the show is XS trying to distract Sherloque so he stops digging in to who she really is and what she's up to (i.e., that she's working with Eobard Thawn in the future). XS still sucks, and I hate her, and this storyline was dumb and went nowhere. Can she go back to the future already? Please?