Starting to Get Really Bored

We're pulling into the back-half of the season, and, honestly, a lot of these shows are starting to get mired in boring plot lines. Starting up this season I had a certain amount of hope for where things were going, with Arrow putting it's lead hero in prison and The Flash coming off a season so bad I didn't think it could get any worse. For a while things did seem to be looking up but, honestly, the shows are really starting to suck right now.

Normally I'd cover the best episodes of the week to show the real highlights of the season, but this week I feel like we need to really go over the terrible lows of the ArrowverseWhen it was announced that the CW was creating a show based on the Green Arrow, people laughed. The CW? Really? Was it going to be teen-oriented like everything else on the network and be called "Arrow High"? And yet that one show, Arrow has spawned three spin-offs, various related shows and given DC a successful shared universe, the Arrowverse on TV and streaming., to bring it all into sharp contrast so you can see what I mean. And to do that we're going to cover Arrow and The Flash again this week as they're the real culprits causing all the problems.

Did you know John Diggle has a step-father? I certainly didn't, and neither did the cast of characters on Arrow because John has never talked about him before. At all. Apparently they have a strained relationship, John and "The General". However, John is forced to contact his step-father when Team Arrow finds evidence of a mole at ARGUS. Meanwhile, Felicity's new tech, Archer, a surveillance system kind of like an All-Seeing Eye (patent pending) is stolen when the tablet the current version is running on is stolen by the Ninth Circle. Team Arrow will have to team up with the General to find the mole, get Archer, and stop whatever it is the Ninth Circle is up to.

This episode boggles my mind with how terrible it is. To begin with, let's cover the fact that somehow Team Arrow doesn't know anything about Diggle's family. Sure, I can accept that John has never once talked about a step-father he doesn't like; we've all had family we stopped talking to, I'm sure. What I can't accept is that Felicity and Oliver had no knowledge of the General's existence at all, which is how the show plays it. Remember that just last season Felicity put trackers on half of Team Arrow and started putting together dossiers on them as well. Oliver and Diggle were fine with this so are you seriously going to tell me they didn't expect Felicity to have dossiers on them as well. Or that she didn't just secretly do it anyway because that's exactly the kind of person she is. For her to not know everything about everyone on the team is detail so far outside the bounds of her character I can't accept it.

But then Felicity does a lot of stupid things this episode to make the story work. Bear in mind that Archer, as shown in the flash-forwards of this season, will eventually become the surveillance tech that creates a dystopian Star City. Felicity only comes around to the idea of this when her tech is stolen out from under her nose and used by the Ninth Circle. So she destroys the tech, but when her friend and assistant, Alena, says she has a backup of the tech, Felicity just says she doesn't want it and it should remain dead. What she doesn't do, though, is that the flash drive with the backed up tech and destroy that, too. Obviously Alena is going to take the tech and do something stupid with it, and Felicity is smart enough that she should have realized this. Again, this doesn't make sense within the bounds of Felicity's character. 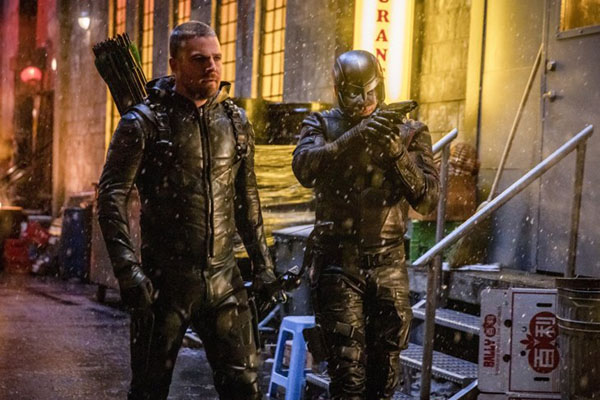 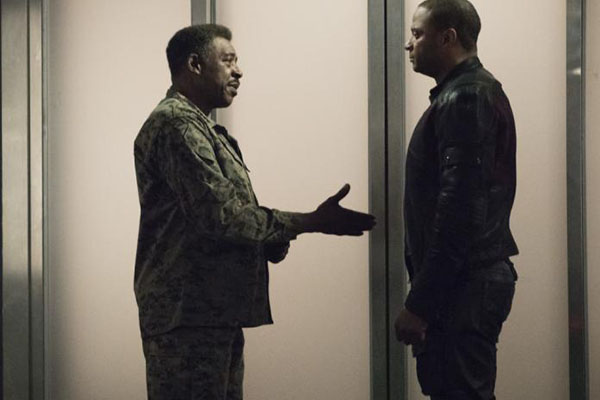 Of course, the episode doesn't even understand basic technology. Felicity has a server farm to run Archer, but due to issues with the program over the last couple of weeks they have it walled off to a single tablet. Somehow a program this powerful is able to run on a tablet which doesn't really make any sense. Tablets may be good for a lot of things, but they aren't supercomputers which is what you'd need to run a program like this. And if she really did make it so the program could run on a single tablet and, as show, be just as effective, then why does she need a server farm?

If we can move past Felicity, though, the rest of the episode is about Diggle and his step-father, the General (played by everyone's favorite Winston, Ernie Hudson). This is a rote story about a father and son who don't get along but, after a single action-packed event, suddenly fully accept and love each other. It's trash, basically, soap opera plotting without any feeling behind it. The only reason it works is because of Hudson who can sell the material without even trying. But that only highlights a different problem: when you have an actor this good on the show for a guest role, all the other, regular actors look so much worse by comparison. It's so bad.

There is nothing about this episode that works. It barely moves the plot forward and, worse, it's so stupidly designed and plotted I never once was able to get absorbed in the action start to finish this was a bad episode.

Speaking of bad episodes, we have "Snow Pack". After the revelations of last episode, that Nora was working with Eobard Thawn, Barry sent her back to the future and told her never to come back, that somehow he'd feel it in the speed force and he'd know. Nora, enraged and hurt, goes to Eobard and learns he has another way to travel through time, a negative force powered by rage, not speed. He made it and, with his help, Nora finds a way to tap into it, becoming a new avatar of rage. This is an interesting story. Sadly, it's not the focus of the episode.

No, instead we get to watch the familial drama of Caitlin Snow, her mother, and her meta-human father. Her dad was taken over by his meta-human side, Icicle, and this evil side kidnaps Caitlin and her mother so he can bring out their own meta powers (giving them to the mother as Caitlin already has her own meta-side, Killer Frost), making these meta persona's permanent. Caitlin has to find a way to free herself and stop her evil dad before he gets away with his plan. Also, I really stopped caring right around the point Icicle showed up.

If Ernie Hudson made everyone else on Arrow look bad by comparison, actor Kyle Secor is so bad everyone actor on The Flash can't help but look better. His performance as Thomas Snow / Icicle is so hammy and awful that I was never once able to invest in his character. I didn't care what he was up to, I didn't care about his plan, and I certainly didn't care if he succeeded or not, because plainly he wasn't going to. Icicle isn't the big bad this season, just a villain of the week, and by the formula of the show that meant that he had to launch a plan, attempt it, and then get defeated without any long-term consequences for the rest of the season. A one-and-done, if you will. 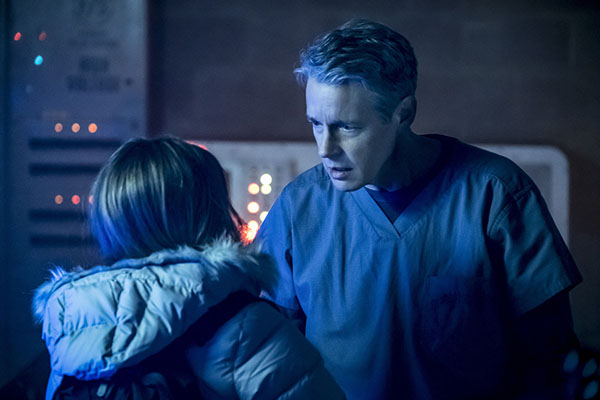 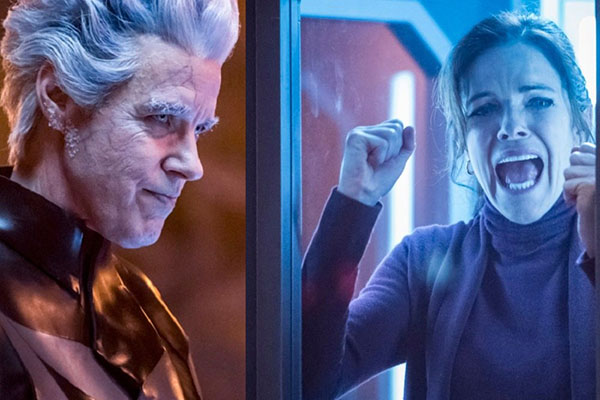 Don't get me wrong, this episode really tries to sell the Icicle plot line; it's the A-plot, the focus of most of the runtime. It's just not an interesting story, a plot full of technobabble and junk science that doesn't hold up to a single moment's thought. It's so bad that you can never once get absorbed in anything that's going on. The best that can be said is that by the end of the episode Icicle is dead, so maybe we never have to suffer through this wretched story again. One can only hope.

Because of the Nora storyline here I do have some hope for the rest of the season, but The Flash is starting to tread the same kind of waters as Arrow. If it keeps being this junky and bad, maybe the CW should consider ending it along with Arrow next year.