For a while DC ComicsOne of the two biggest comic publishing companies in the world (and, depending on what big events are going on, the number one company), DC Comics is the home of Superman, Batman, Wonder Woman, and just about every big superhero introduced in the 1930s and 1940s. had an ongoing animated movie universe, the relatively named DC Animated Movie UniverseWhile DC Comics was amping up production on this big "MCU-killer", the DC Extended Universe they were also quietly putting together another shared movie continuity, the DC Animated Movie Universe. This series was more closely related to the comics, directly adapting a number of famous storylines to, arguably, better effect than the live-action movies could. (which was different from the DC Animated Universe, aka the "Timm-verse"). This universe was the host to 15 animated movies cataloging the start of the Justice LeagueThe premiere team at DC Comics, their version of the Avengers (which actually came before the Avengers and, really, has existed in some fomr since the early 1940s), the Justice League is the team-up to end all team-ups, featuring some of the most popular, and longest running, characters in all of comics history (and also Booster Gold). in that 'verse, through many trails tribulations, character romances and heroic deaths. It all came to an end with Justice League Dark: Apokolips War, a movie that basically destroyed the universe so it could be rebooted (by The FlashStruck by lightning while working in his lab, Barry Allen became a speedster known as The Flash, launching an entire set of super-fast superheroes., of course) to make way for the next universe, the DC Tomorrowverse. 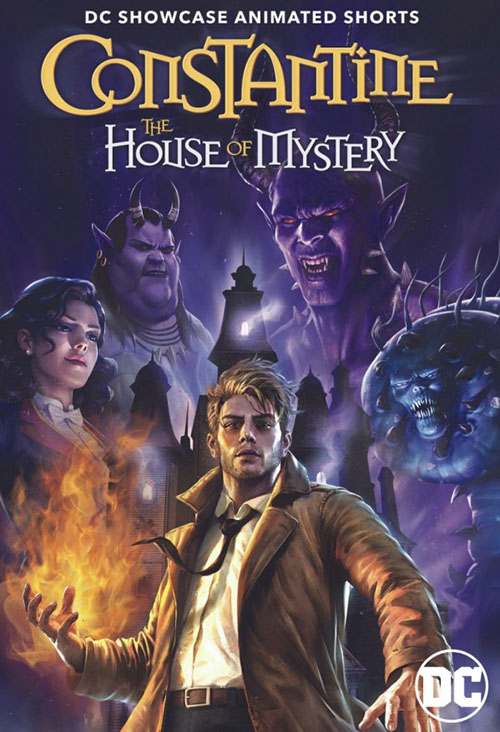 Except DC never really lets any of their characters escape with their deaths intact. Thus, a few years after everyone expected the DCAMU was over, the studio released a bit of an addendum to the whole 'verse. Titled Constantine: The House of Mystery, this short gave fans of the old movie 'verse another chance to see one of their favorite characters again. The fact that he was voiced by fan-favorite actor Matt Ryan was just a bit of extra bonus. However, those looking for a solid continuation of that movie universe should be warned going in: the DC Animated Movie Universe is dead and gone and this short film does nothing to change that at all.

In the short we find John ConstantineAlso known as the "Hellblazer", John Constantine is a detective and con-man who has skills with the dark arts and a penchant for taking on demons. going over the end of the Apokalyse War, stating how he sent the Flash at high speeds back through time, with a little of John's magic mixed in, so they could reset the universe. The old world was dead, just ashes and ruins, and though the war was over there was no hope of being able to rebuild. Better to reboot, try again, and let the next versions of themselves play it all a different way. At least, that was the hope.

However, while the rest of the heroes got another chance at their lives, Constantine didn't get to move on. Instead he found himself stuck in the House of Mystery, his old, magical home trapped in a pocket dimension. He'd wake up, find a part or other celebration with his friends and family, only for it to them turn dark and evil as his people turned into demons to punish and murder him. He knew there would be consequences for breaking the rules of the universe and resetting things he just didn't know it would be this. Now he has to find out who put him here, and how he can escape, if he's to have any hope of breaking free of an eternity in this waking nightmare.

Like a few of the later films in the DCAMU (especially the finale), Constantine: The House of Mystery is a dark movie. It's bloody, it's violent, and it really doesn't pull any punches. In comparison to many of the candy-colored stories from the main 'verse, this might seem like a stark contrast. Considering the kinds of stories Constantine was involved in, both in the DCAMU and in his own comics, this is par for the course. Constantine is a dark character that fights demons and monsters; the darkness and death simply follows him around. 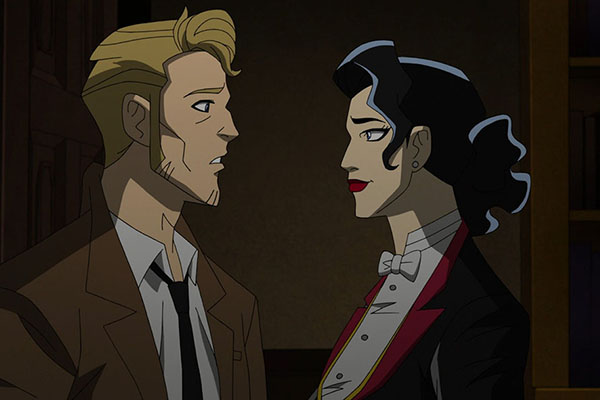 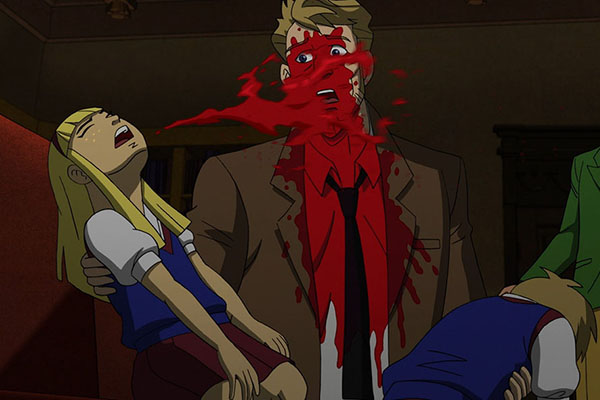 I actually think the story is pretty interesting, with Constantine sort of stuck in the Hell of his own making. It's a cool enough idea that it could have been made into a full, feature film. Instead, though, the story is condensed down into a little 20 minute short. While it works effectively enough, I think building it out into a larger movie would have worked better. Certainly it could have continued the air of mystery about what was going on longer, keeping the viewers on their toes. It could have also built up the scares more, letting Constantine twist for longer before everything turned ugly. That might have paid off the story better, and let everything work it's way out naturally with a visceral punch that really worked.

Additionally, the ending of the film feels a tad rushed. Due to the short nature of this film, I would have liked the ending (which I won't spoil) to have build up towards it. The point of the film, without giving too much away, is to show why Constantine isn't in the DC Tomorrowverse (at least, one would assume), and, thus, why we won't be getting another magical reboot of the universe at his hands. All that being said, for what could be Constantine's last animated adventure ever, I would have wanted more. Bigger, darker, and more of that gut punch at the end to show just how far he had fallen. I don't think the nature of this short really let that happen as well as it could.

Outside this film the home release also came with three other shorts: "Kamandi: The Last Boy On Earth!", "The Losers", and "Blue Beetle". These three vary in quality, with "Blue Beetle" being the absolute best. It's a 1960s throwback short with purposefully terrible animation that really sells the humor of the whole piece. "Kamandi" is a pretty good little adventure, even if the big twist of the story is pretty easy to guess if you know anything about DC Comics. "The Losers" is the weakest of the set simply because the characters don't get a lot to do besides act like generic tough guys.

What really holds this collection back, though, is that most of these shorts (outside of the title piece) were already included on other sets: "Kamandi" appeared on Justice Society: World War II while "The Losers" and "Blue Beetle" were on Batman: The Long Halloween Part 1 and Part 2 respectively. That means this whole set is one new short along with a lot of stuff you might already own (if you'd picked up all the other recent releases). I like having one more story in the DCAMU but it would have been nice to either get more new material in this set to justify it's full price. As it is, this feels like a bit of a rip-off. 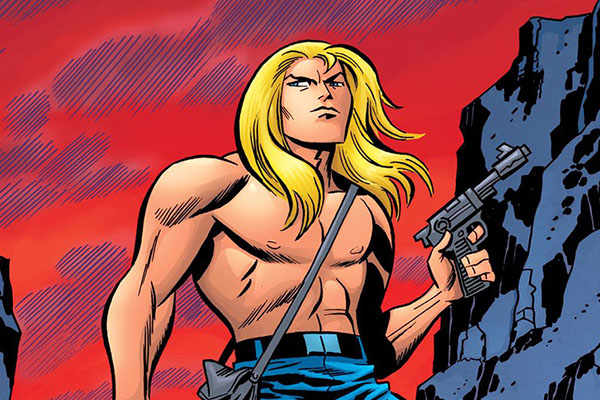 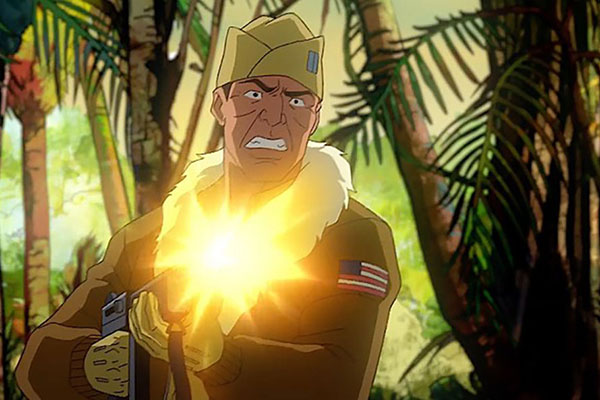 The DCAMU was a solid collection of films with a lot of great stories in its run. I liked watching through them for this site and I appreciate a revisit to that universe, even if it was a short one. I just think DC could have treated the fans a little better and gone the extra mile with this, especially if this really is the last trace of that universe to ever come out again. At the very least Constantine deserved more.