A month back we had the release of the first part of Batman: The Long Halloween, an adaptation of the acclaimed BatmanOne of the longest running, consistently in-print superheroes ever (matched only by Superman and Wonder Woman), Batman has been a force in entertainment for nearly as long as there's been an entertainment industry. It only makes sense, then that he is also the most regularly adapted, and consistently successful, superhero to grace the Silver Screen. comic series from Jeph Loeb and Tim Sale, and now we return to the story for the second half. And, I gotta admit, I wish they hadn't broken up the two halves of the tale as this is a story that absolutely did not benefit from being split up into two movies and released months apart from each other. 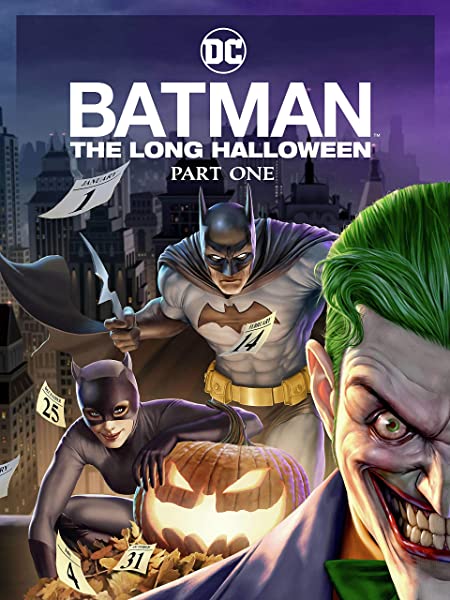 I get that comic fans will say, "but the comics were released once a month and you had to wait every time for the next installment," and that's true. The comics, however, benefited from the format; by releasing the episodes one at a time the comics could emphasize the part of the story each issue was focused on while, at the same time, building up anticipation for the next clue, the next bit of story that would come a month later. It used the serialized format to its benefit, in effect, but this movie basically was just, "this is too long to release all at once so lets just do it in two halves and hope people remember what happened in the first film." It doesn't have the same building of anticipation.

Part of what held this story back for me in the second half is that the film doesn't really keep any momentum going. In the first installment (from last month) we had this building mystery about who the Holiday killer was going to be. The movie was built around episodes highlighting various Batman villains but the focus was very much, "how does this relate to Holiday." This second film retains the Batman villains, featuring appearances from Poison Ivy, Solomon Grundy and, yes, Two-Face, but the mystery itself feels like an after thought. The characters keep getting distracted from finding the killer, or letting false leads satisfy the story, almost like the movie knows there's little mystery left and it has to drag things out.

Of course, the trick is that there really isn't much mystery to the story in the end. I won't spoil who the killer actually is (although if you'd read the comics you probably know) but suffice it to say that the clues pointing to their identity are not only too meager to really reveal their story but, also, hinge upon a character that died in the first half of this double-feature (a character you probably already forgot existed by the time you came around to this second half). Building the movie in this way means that key information is left in the first film, while the second film does nothing to build the key characters that would reveal the mystery (largely because Batman is off being brainwashed by Poison Ivy again).

Instead of the real mystery at play we, instead, deal with the crime families of Gotham and the rise of Two-Face. I feel bad for the movie in this regard as the original The Long Halloween introduced elements that would go on to influence Batman Begins and The Dark Knight. If this double-feature had come out before Christopher Nolan's fantastic Batman films then it probably would have felt fresh and interesting. Instead it feels like its retreading material we've already seen (even if it should be the other way around). 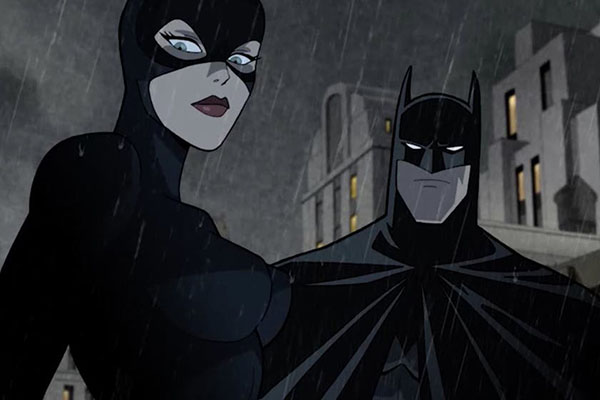 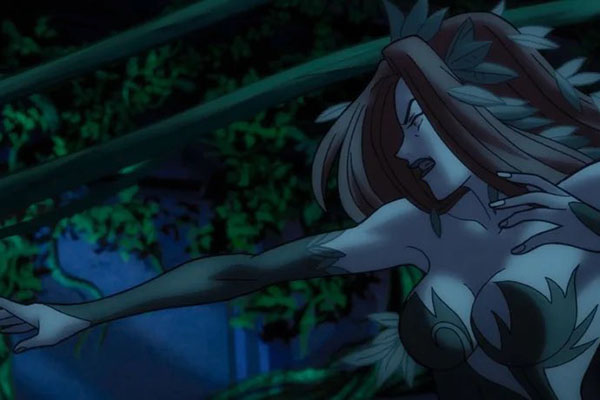 Don't get me wrong, I think it's interesting to know that the problems with Gotham are institutional, that the crime families -- the Falcones and Maronis -- are as much a part of the evil that soaks the city's streets as the colorful rogues that battle Batman every night. The film, though, doesn't really do anything with the characters. Stacking the Falcones and Maronis in the same movies as Joker and Penguin, Two-Face and Poison Ivy, doesn't leave a lot of time to develop any of them as characters. Hell, this second film introduces Falcone's daughter, Sofia (Laila Berzins), and all we know about her by the end of the film is that she's big (she's a very large girl, a fact given no explanation considering the average size of everyone else in the family) and that she wants to be the head of the family. She's never given any actual development.

That's an issue I have with just about all the characters in this second feature: there's no development to be had here. All the character development was front loaded in Part 1, so if you wanted to know the motivations of, say, Poison Ivy or Two-Face, what Calendar Man had to do with the mystery or what happens with Catwoman and Bruce, you essentially get nothing to elaborate on any of that. You get fleeting scenes but nothing that truly feels like connections with the characters. Everyone ends up feeling like pieces moved around the board, not actual people, and it leaves the film much more hollow for it.

A telling scene comes near the end: as Batman charges to the Falcone building to save Falcone from Holiday, all of the various rogues from the whole of the double-film show up to kill Falcone. The mob boss asks, "why," and none of the rogues give a solid explanation. Some of them had worked form him before, others had no connection to him at all, but none of them have any reason to want to kill him, nor is there any reason for them to work together to do it, either. Why would these people want to do anything in this scene (most of all Joker who is always just an agent of chaos no matter where you put him)? We'll never know because the film never explains it.

And then, right at the end, we get a scene where the Holiday killer (again, not spoiling it, just in case) is found by Batman and then is allowed to explain everything. This is a long scene, done as a monologue, and Batman just stands there while everything is explained to him. However the original comics handled it, this is a scene that absolutely doesn't work in the film. It's a "told, not shown" moment that should have had all its "evidence" properly doled out across the two films. The few clues we get were fleeting such that when the explanation comes along, you'll end up saying, "they did it? I mean, sure, there was blah blah... but them? Really?" It doesn't work on any level. 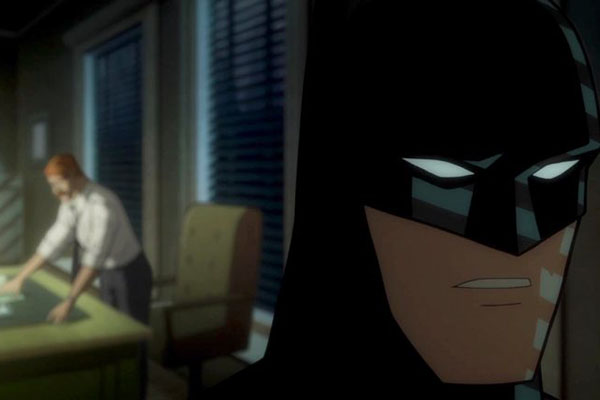 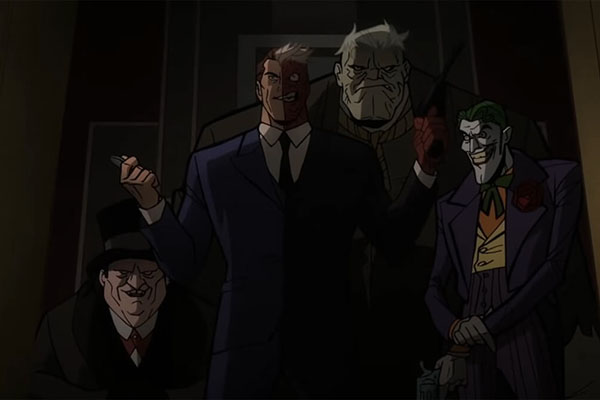 I praised the first half of this double-feature because it took the time to explore the characters and the setting and make this whole store feel lived in, given weight and depth. This second half coasts on that work, providing a lot of scenes of Batman action but not actually continuing any of that strong character work. It feels like the film just gets flabby the moment the second half starts, like the producers had a ton of story to work with, did everything they wanted in the first half, and then just had the drag out the back. It would have been better to just combine these two into a single, tighter film of maybe two-hours-fifteen or so, and present the movie as a single, cohesive whole.

DC didn't lack for ambition here with Batman: The Long Halloween: Parts 1 & 2, but their ambition didn't make for a great film. There are moments in both films that are striking, and there's a lot to like about the first half of this production. But when it comes to actually bringing the whole thing to a satisfying conclusion, The Long Halloween: Part 2 falls apart harder than a smashed jack-o-lantern. There was a potential here but the team behind this film just couldn't get it over the finish line.