Batman, We Need You! The Commissioner Is On the Phone!

A Look At the Earliest Cinematic Adaptations of Batman

We're going to start in on a "BatmanOne of the longest running, consistently in-print superheroes ever (matched only by Superman and Wonder Woman), Batman has been a force in entertainment for nearly as long as there's been an entertainment industry. It only makes sense, then that he is also the most regularly adapted, and consistently successful, superhero to grace the Silver Screen. Week", going over the most famous cinematic incarnations of the Dark Knight, which also allows me to finally write reviews for Batman v Superman and Justice League. Before we get to that, though, we're first going to look back at the "classic" Batman productions from the 1940s: 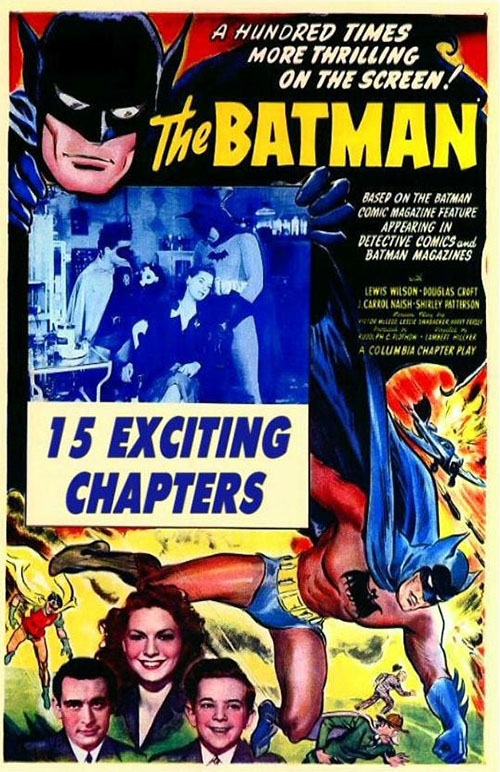 The first foray for the Dark Knight was back in 1943 when Columbia Pictures put together a serial designed to play in movie theaters (TV was still a fairly new novelty for most Americans). Titled, simply, Batman, the serial involved Batman and his young cohort, Robin, as they pursued the insane Dr. Daka, a madman hell-bent on overthrowing the U.S. Government and freeing America's "slaves" (in this context read that as "everyone that lives within its borders").

Set during (the then ongoing) World War II, Batman had Batman as an agent of the U.S. Government, not the vigilante anti-hero modern audiences are now used to. Dr. Daka, similarly, was presented as an agent of the Japanese Empire, so his evil plan also allowed the movie to have a "Good vs. Bad, Allies vs. Axis" plot to it. As the comics of the era also showed, American audiences wanted a chance to root for the good ol' US of A, for our heroes to win that pesky war the Germans and the Japanese started.

That said, the serial itself isn't anything modern audiences will especially enjoy. Even hardcore Batman fans (or fans of classic cinema) will find this series hard to stomach. The acting is generally poor throughout when not patently offensive, like the stereotypical portrayal of the Japanese Dr. Daka. Meanwhile, the action is unremarkable, with static shots and little in the way of actual "action". This leaves the movie in a place where you don't want to watch the acting but then when the action starts up, you don't really want to watch that, either.

It's honestly amazing this thing got a kinda-sorta sequel... 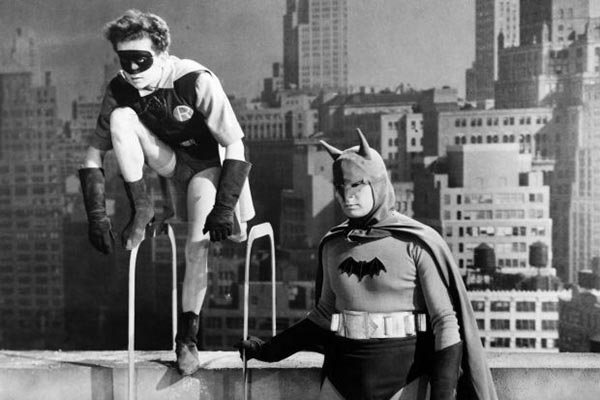 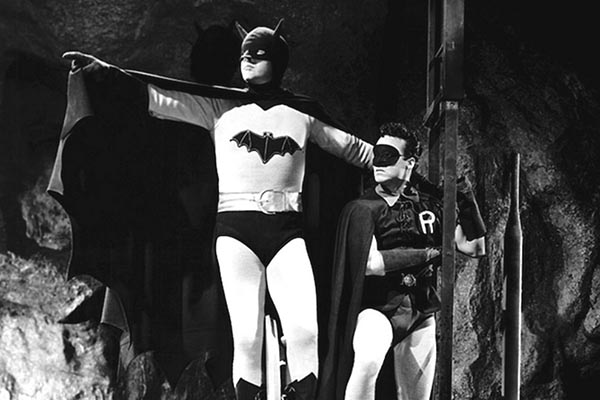 The "sequel" series to 1943's Batman (if it weren't for the fact that it features characters named "Batman" and "Robin", it would bear no relation to the previous series) has our two caped crusaders going after another madman: The Wizard. The nefarious fiend had gotten his hands on a device that controls machines (among many of its elaborate, plot-convenient functions), but the device needs a steady stream of diamonds to use as a power source. Batman and Robin thus have to go after the foul fiend through 15 laborious episodes.

This series, to be frank, is neither better nor worse than the preceding set. The plot isn't as offensive for modern audiences, with the causal racism taking a backseat this time around. And the Batman here, played by Robert Lowery, is one of the better on-screen portrayals of that character. However, the story is episodic to a fault, with leaps of logic and shoddy plotting generally indicating the writers didn't have a clue where the story was going when they started it. By the last couple of episodes it feels like the creators said, "crap, we have to come up with something!" and just ended the affair as quickly as they could. 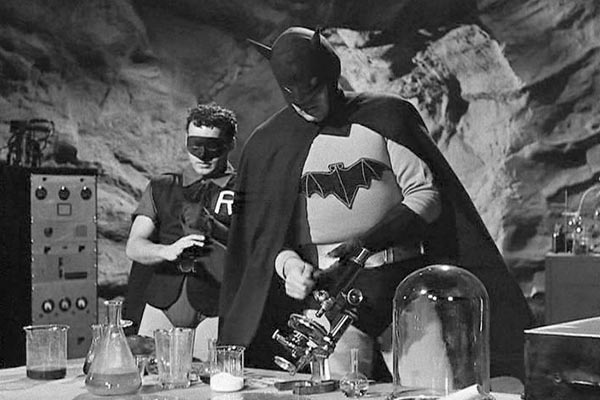 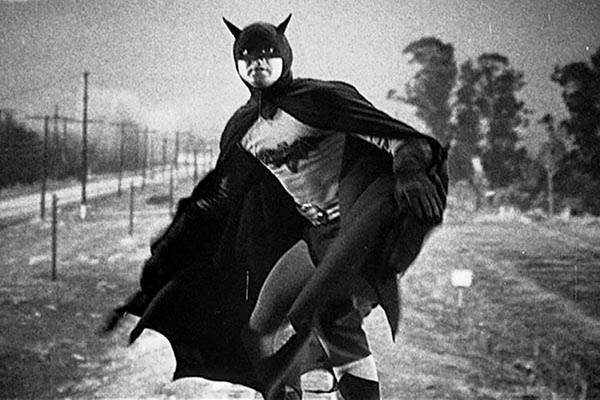 The series is just as campy and low-budget as the previous serial, and it has the dubious an honor of being as silly as the 1960's Batman without the foresight to know how silly it was gonna be. Thankfully, things to improve somewhat eventually.