He's Back, and Beginning, as a Batman Will Do

After Joel Schumacher effectively killed Batman (although George Clooney said, repeatedly, that he was the only to kill Batman since he played the character in the last, terrible film, Batman and Robin), it took some time for the Dark Knight to eventually re-emerge from the shadows to face the criminals of Gotham. All it took as an auteur director, one famous for a mind-bending thriller told out of order (Memento), to resurrect the superhero. 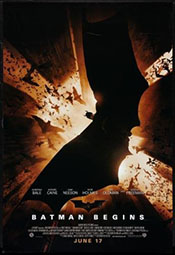 It's interesting to think back on when Batman Begins came out. I know a number of people that didn't initially see it because they thought it was a prequel to the previous four Bat-flicks -- they remembered those (later, awful) movies and didn't really want to torture themselves with yet another awful film in the series. And, sure, if Batman Begins had been a flop people could have just chalked it up as a prequel and moved on with their lives... except it totally isn't a prequel but it's own movie, a reboot taking us all the way back to Batman's formative years.

For the first scenes it's obvious this movie has nothing to do with the Batman movies that came before. The film style is more realistic with all the weird Gothic (Burton) or Neon (Schumacher) touches eliminated. This is a grounded movie, one that could arguably take place in the real world... more or less. That was the goal Christopher Nolan had when taking over this project: he wanted to create a realistic Batman, one without all the weird, flamboyant touches of the previous movies, TV shows, and comics. If Batman was going to have gadgets there had to be a reason for how he could get them, how they were provided, how no one ever questioned where the toys came from. If a villain was going to show up, there had to be an explanation for how they could exist (beyond "magic", as there's no magic here).

Thus we have Batman Begins, a reimagining of the Batman: Year One book by Frank Miller and various "Year Zero" arcs throughout the comic's run. We meet Bruce early on in a prison in Bhutan, having been sent there for stealing (which, as shown in the movie, he only kind of did -- he was on a team of criminals that stole from Wayne Corp, so in essence he wasn't stealing since he was just stealing from himself). There he meets with Ducard, agent of the League of Shadows (the movie's version of the League of Assassins from the comics), who invites Bruce to join their legion and fight for justice. After being released from prison, Bruce heads to the League's headquarters on the top of a mountain. There Bruce trains to be one of the League's enforcers, an agent of justice who uses shadows, and darkness, and fear as his weapons.

However, the League isn't all the seem to be. They fight injustice with a sword and kill anyone found to be a criminal. They are judge, jury, and executioners, something Bruce can't agree with. In a climactic fight, Bruce burns the headquarters down. The leader of the League, Ra's Al Ghul, fights back but is caught in an explosion and seemingly killed. Bruce does save Ducard, though, not wishing to have any death on his hands if he can help it. With his training, and his skills, Bruce heads back to Gotham to work as his corporation (where he can get cool gadgets from the R&D department that seemingly doesn't manage to put anything into actual, full-scale production) and fight the criminal element with his shadowy abilities. He becomes... the Batman. 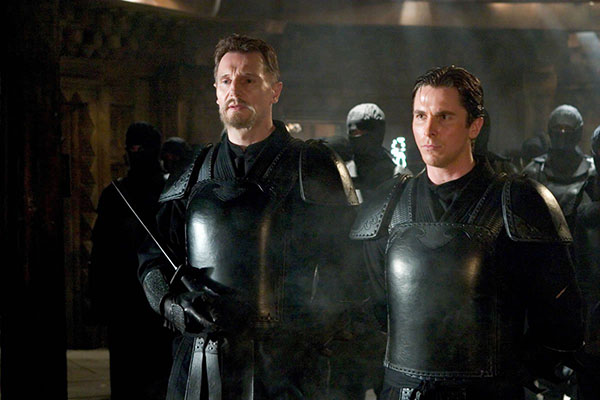 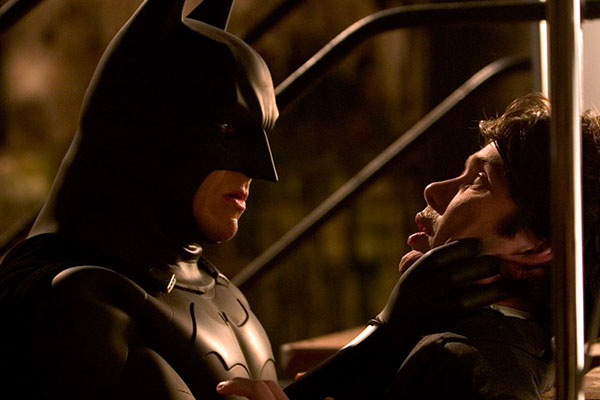 Batman Begins came along before superhero reboots were commonplace and before origin stories were such a trope of cinema. Since it wasn't tied to any previous version of the character, the movie could forge its own path and show us details of the character we hadn't seen before. Although comics had explored Bruce's time training to be Batman, it was cool to see this whole setting on the big screen. Since we never got a chance to see Batman learning to be Batman, it gave us new appreciation for how Bruce gained the skills and also elaborated on just why he decided to become a man that lurked in the shadows dressed as a bat (because: fear). It all worked so well together and gave us a better understanding of the character.

Plus, since this wasn't just a prequel, there were actual stakes. Batman, and any of the villains and criminals, could die (although not by Batman's hand since he has a no-kill rule). Prequels often have the problem that you already know who lives and dies before a single second of screen time rolls by (just look at Solo: A Star Wars Story for an example of that problem), but because this was a reboot you never knew what would happen or just why.

And let's not downplay the fact that this is a more "realistic" Batman movie. Not having all the fantastical elements of the previous movies felt like a breath of fresh air. People couldn't just do things or making events occur because of comic book logic. Even the one character that seems to be dead and yet, somehow, comes back to life in this movie really doesn't (I won't spoil that twist). Any implied immortality is explained in such a way that it actual makes sense within the bounds of the story (and no one is really immortal). It's a well thought out story that just works.

Simply put, Batman Begins is a great Batman movie. It's not the best film in the series -- its sequel, The Dark Knight, has this film beat -- but this is the one movie truly dedicated to the Batman, and all the attention is devoted to him. This is his movie, and it's fantastic. 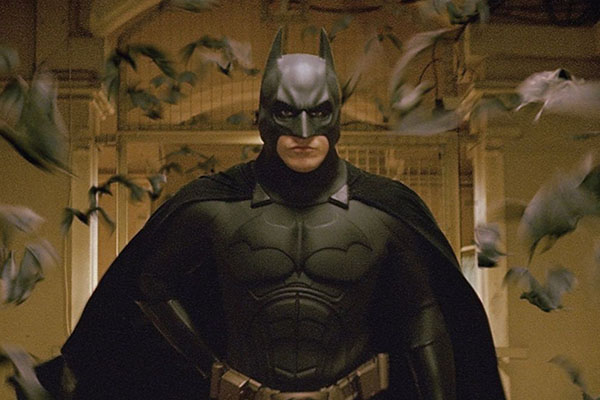 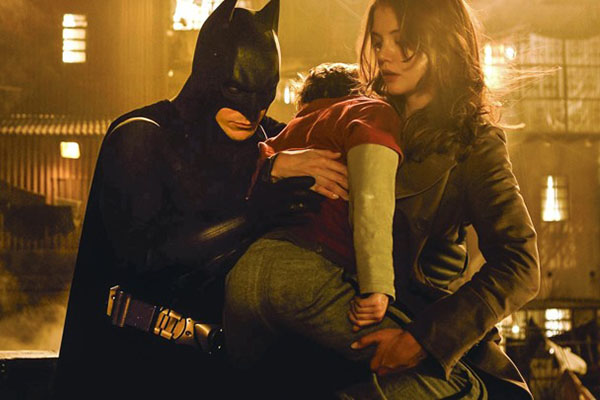 Tomorrow we'll get into The Dark Knight and explore everything that movie does to be the best film with a man in a bat costume to grace the silver screen.