Maybe We Can Get a Different Robin After This

I wouldn't say the first BatmanOne of the longest running, consistently in-print superheroes ever (matched only by Superman and Wonder Woman), Batman has been a force in entertainment for nearly as long as there's been an entertainment industry. It only makes sense, then that he is also the most regularly adapted, and consistently successful, superhero to grace the Silver Screen. film in the DC Animated Movie UniverseWhile DC Comics was amping up production on this big "MCU-killer", the DC Extended Universe they were also quietly putting together another shared movie continuity, the DC Animated Movie Universe. This series was more closely related to the comics, directly adapting a number of famous storylines to, arguably, better effect than the live-action movies could. was an incomplete story. While it was kind of shallow, it at least told a complete little arc about the Batman and his newest ward, Damien Wayne. That said, there was still a lot of story that felt like it needed to be explored, new places for the two characters to go now that they were living (and working) together. Thankfully we very quickly got a sequel in the form of Batman vs. Robin, a film that very much feels like a continuation of the story from Son of Batman. 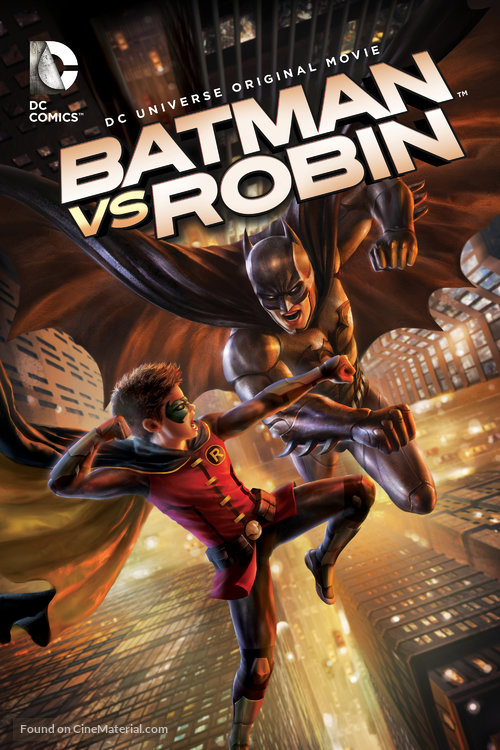 Picking up a few months after Son of Batman, we find Damien / Robin working his own missions, tracking down bad guys and laying down street justice. Bruce / Batman, naturally, isn't happy with his ten-year-old son going off on his own, performing dangerous take-downs without proper backup. In turn, Damien feels stifled by Batman every time Bats tries to exert some control. Robin finds an out, he thinks, when a new hero shows up on the streets: Talon. Talon is like Batman, someone looking to take out criminals and make the streets safe. Unlike Batman, though, Talon is more than willing to kill criminals to get the job done. This puts Robin at odds between the two, pulled at one end by his conscience and towards the other by the need to ensure justice is "served".

Complicating matters is a new sect popping up in Gotham's underground: the Court of Owls. This secret society was once run by Gotham's elite, the riches and most powerful people ensuring Gotham ran properly. However, over time their power waned and the criminal element took over. A new Court has arisen and they want to save Gotham once more, by any means necessary. Batman and Robin will gets sucked deeper and deeper into the battle between Talon and the Court, and potentially a war between each other, before the day is done.

Credit where it's due, this movie certainly gets the ball rolling, throwing the heroes into danger almost immediately. Because we've already had one movie with these characters this film can movie ahead quickly, not needed to spend undue time on character setup once more. This allows us to see the warring chemistry first-hand between Batman and Robin without the film having to stop to tell us why it all matters. We can just sit back and enjoy the characters for who they are and that helps the pace of this piece a lot.

It also means that more time can be spent on the villains to flesh them out better. One of the big flaws with Son of Batman (and, really, most of the early DCAMU films) is that so much time has to be spent on the heroes, getting us to know them, learn about their situation, get the heroes together, that very little time of the hour-and-a-half runtime could be spent on the villains. Deathstroke from Son of Batman was more an idea than a fully realized character, a set of trope dressed up to look like a villain but never a real, convincing big bad. Here, because all the setup between Batman and Robin is out of the way, we can spend that time learning about the Court of Owls, about Talon, and come to appreciate them as characters. 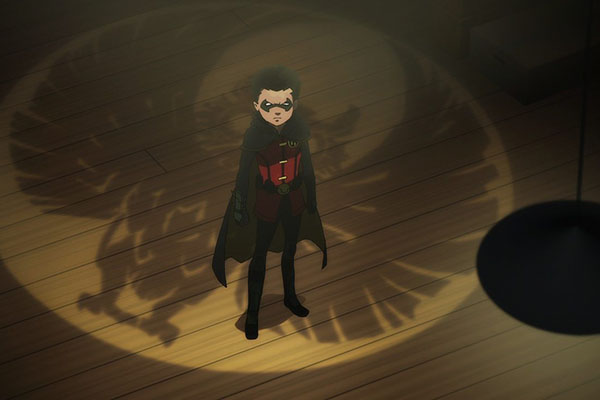 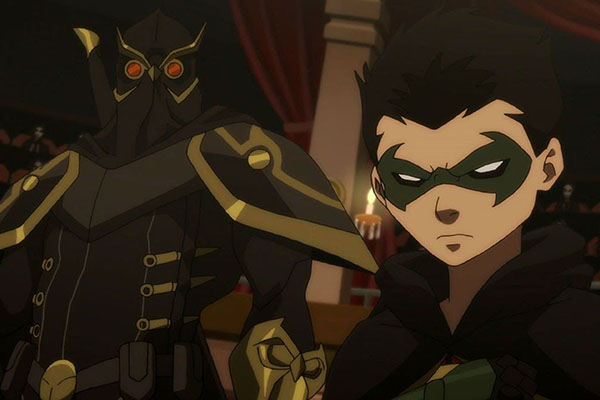 This does work better for Talon than the Court, though. Talon is a well-realized character, a guy with a convincing back-story that we get to delve into. It's easy to see how the character could grow into the vigilante before us, and we understand his motivations and ideals. He's a full, complete character, and while we never really think of him as a hero we at least get why he's out there laying down deadly street justice. It works in its own way.

The Court of Owls, though, is decidedly less impressive. The real identities of all the Court participants are hidden (including, for most of the movie, their leader, the Grand Master), so the Court never grows to be a group we understand. They don't get the same kind of complicated back-story that Talon gets, and we never get to see any of the motivation for any of them. They remain, start to finish, a faceless and nameless secret society, and while they seem like a threat they are never more than just a shadowy presence. They certainly have a cool style -- their owl masks are certainly creepy -- but there's no substance to back it up.

It's an odd contrast to have, really, because Talon is obviously an agent of the Court; we know this from the first moment we know of both his existence and, separately, the existence of the Court. Since he's an agent of the Court we're supposed to view him as an extension of the group, a face to latch onto. Except he never really feels like a part of their organization, always a free agent off to the side. This is especially clear in the last act when Talon goes off and does his own mission, defying the will of the Court. It would have been better if Talon had been the focus of the movie since he the best-developed of the lot, and then had the Court be this secret presence pulling his strings that's revealed by the end of the movie. Something for us to dread for another film down the line.

As it is, the villain pool is diluted just enough that only half the movie really works. It's not that the story is bad, just that for the Court to be enough of a presence to really stick their landing they needed more time to be developed than this film could give them. Plus, there's a character introduced into Bruce's life that, pretty quickly, is revealed to be a secret agent for the Court. Tying everything into to Bruce or Damien may be a narrative convenience but it also short sells the development the Court needed to really be a force in this film. 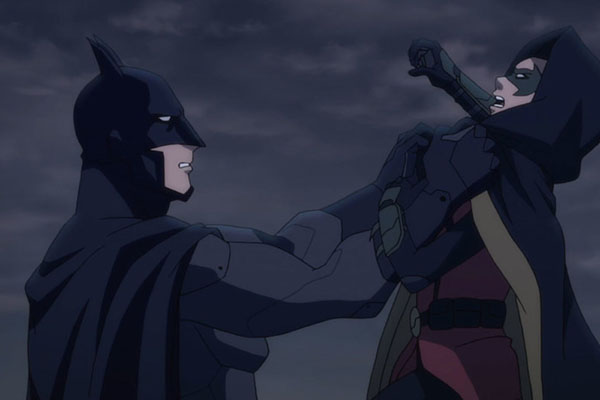 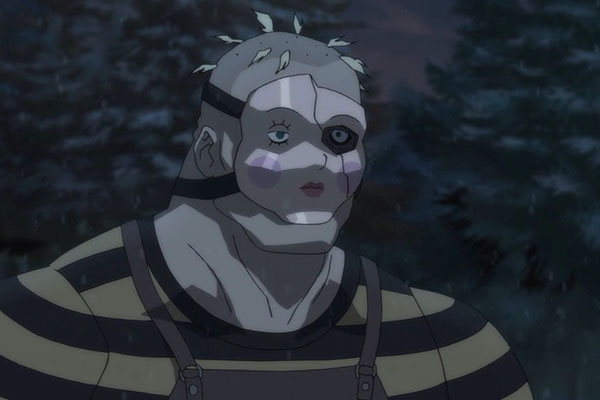 Still, over all the movie works. Batman vs. Robin features a deeper story with at least more developed villain than Son of Batman. All the voice actors have an easy chemistry together and their characters work really well. It's hard to describe a dark Batman film as a "fun, hangout flick", but there are sections of this movie that almost get there. And then Batman gets attacked by zombie Owl-Soldiers and is left a bloody wreck. So, yeah, more dark than hangout.

Honestly, there wasn't enough story in Son of Batman to make it worth recommending. Everything you need to know about Bruce and Damien is quickly covered early in Batman vs. Robin, so if you're itching to watch any of these, I'd just start with this sequel. It's a much more satisfying film over all.